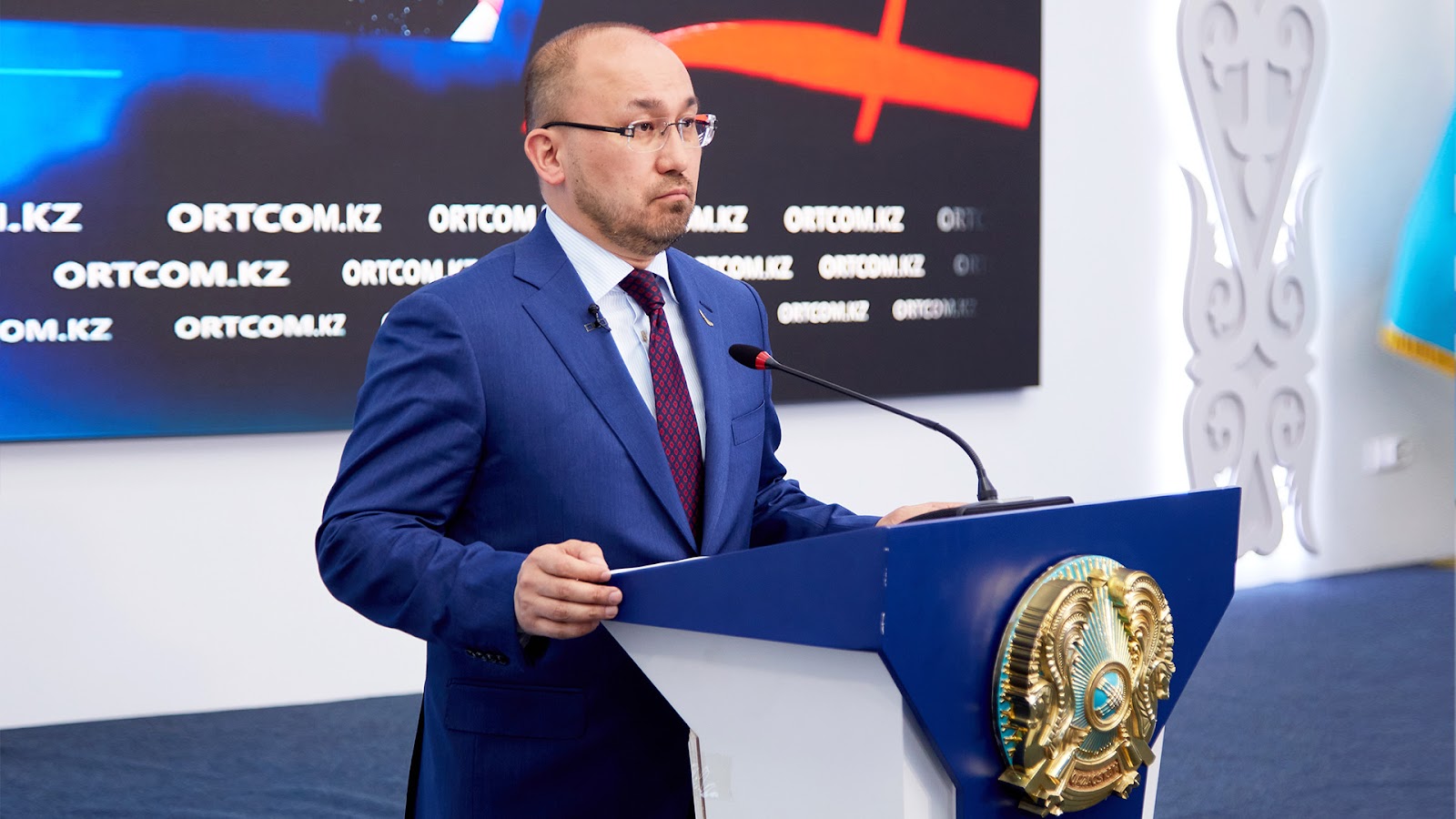 Minister of Culture and Sports of Kazakhstan Dauren Abayev spoke at the site of the Central Communications Service. The head of the Ministry of Culture and Sports answered the most pressing questions that concern the Kazakh public — whether the Art Sport program will continue to function, whether a hotel will appear in the Bozzhyra tract, etc.

Recently, Kazakhstanis have been concerned about the possible cancellation of the further functioning of the system of sports sections and creative circles. Recall that the Art Sport program in Kazakhstan was launched in the second half of 2021. Thanks to her, children aged 4 to 17 throughout the country got the opportunity to go in for sports and creativity for free. However, this program was suspended in March of this year.

“Currently, the issue of financing this program is acute. So, today 495 thousand children attend over 15 thousand circles and sections. More than 32 billion tenge was allocated for this. At the same time, the additional need by the end of the year is 97 billion tenge,” Dauren Abayev explained, adding that Artsport is far from the only mechanism for the development of mass sports.

Thus, a good effect was obtained due to the launch of 41 sports and recreation complexes, of which 32 were opened in regional centers and villages. Also in rural areas, 3064 units of sports instructors responsible for organizing sports events and sections have been introduced. To involve young people in sports, national school and student leagues were launched last year in such disciplines as basketball, volleyball, futsal, Kazakh kures, and table tennis.

In addition to the system of per capita financing and sections at educational institutions, another 386 thousand children study at the Youth Sports School. The total amount of financing in 2022 is 123.7 billion tenge.

The Minister of Culture and Sports denied the speculation about the complete stop of the Art Sports program.

“We do not disclaim responsibility in any way. First of all, all the talk that the program will be closed has no basis. Separately, I want to note that all approved and confirmed vouchers at the moment will be paid. The regions will allocate the necessary funds for this. For example, the akimat of Almaty has already found over 4 billion tenge for these purposes,” he said.

At the same time, he acknowledged that disruptions in the operation of the system were indeed observed. A number of shortcomings were identified related to data verification, automation of queues and distribution of funds, verification of service providers' reports, etc. Currently, the Ministry of Culture and other interested state bodies are making changes to the rules to eliminate these problems. This process consists of two stages.

At the first stage, changes to the orders were made in May of this year. The norms have strengthened the requirements for the qualifications of teachers and trainers, increased the time for consideration of applications by akimats, introduced monitoring of quality control and targeted development in electronic and public formats, etc.

In addition, the cost of sports sections and creative circles will be revised. This move aims to increase the outreach of the program.

Also, from now on, the principle of accepting only one application for the services of sports sections or creative circles within the framework of the state sports, creative orders and educational orders for additional education will be introduced. Abayev explained that today, for example, one child can go to the section at the school, to the section within the framework of Art Sports and to creative extracurriculars. But now there will be no such opportunity — one child will be able to choose one section. This is done in order to ensure greater coverage of those wishing to attend sections and circles.

The next change concerns the optimization of the list of sports and creative circles from 71 to 30 and from 59 to 30, respectively.

“First, we want to optimize the classifier by reducing duplication. For example, now there is just table tennis, table tennis for children with visual impairments, table tennis for children with musculoskeletal disorders and adaptive tennis. All these sections will continue their work, just in the classifier they will be united by a common umbrella name. The situation is similar with athletics. But there are also those sports that we completely remove. We will inform you about this additionally,” the head of the Ministry of Culture informed.

Another on the list of changes is the approved minimum age for children to start training, depending on the sport. Here it is planned to build on the current regulatory framework. In particular, from the order "On approval of the age of athletes by type of sport in physical culture and sports organizations in which the training process for the preparation of a sports reserve is carried out."

So, for example, children from 5 years old are accepted for rhythmic gymnastics, and from 12 years old for boxing. The main goal of these changes is to protect children from injury and harm to health.

The requirements for the premises will also be improved in terms of:

- equipping with a video surveillance camera with the ability to save the video archive for at least 30 calendar days;

- equipping with sports and other equipment.

“These measures are aimed at ensuring the safety of children and the observance of their rights,” Abayev explained.

Control over compliance with these norms is proposed to be carried out jointly with public organizations and directly by the program participants themselves.

In addition, Dauren Abayev spoke about the new year-round training center, which will be created on the basis of the Republican College of Sports in Almaty. It will be opened not instead of the college, but with it. At the same time, the college itself will continue to work as before. Moreover, it will be modernized, the material and technical base will be improved, and new highly qualified specialists will be attracted.

Where do children go after graduation? They go to college, including the RCS. After college, only the first numbers get into the national team. The rest of the guys do not go anywhere, that is, they do not have the opportunity to continue their sports career. Many leave as lawyers, taxi drivers, fitness instructors. Thanks to the training center, we are giving them another chance. We are extending their sports career,” he said.

“Many people confuse college and high school. A college that has a long tradition, it will remain. And this year there will be a new set. Most do not know that the school has only been operating since 2011. Children will be transferred to two other schools in Almaty according to the sports they were involved in,” the minister explained.

On the basis of the training center, athletes who did not make it to the main team will be able to carry out year-round preparation for major international competitions, including the Olympic Games and World Championships. The training center can train promising athletes, including those from regions and low-income families. Thus, healthy competition and motivation will be created, a quality reserve will be provided for regular national teams of the Republic of Kazakhstan.

The next question that worries compatriots is whether hotels and other tourism facilities will appear on the territory of the Bozzhyra tract. Dauren Abayev replied to this that there is potential for the development of civilized tourism in the territory of the Bozzhyra tract, but this issue needs to be discussed together with the public, investors and environmentalists.

“There are no plans yet regarding the Bozzhyra tract. Now there is just wild tourism, uncontrolled. Imagine if there were no Medeu, would people walk? Went. Ride on artificial skating rinks. But there was no question of any cleanliness and grooming. In the Bozzhyra tract, the situation is approximately the same now,” the minister said.

At the same time, he stressed that if you build a hotel complex, then you need to do it near the natural boundary and in compliance with all environmental requirements.

“We must, in compliance with all environmental requirements, build a hotel outside the very territory of Bozzhyra. Then people will come for civilized tourism. This will also allow us to develop many things — people will come with cameras and take pictures. I mean not only tourists, but also film projects. Many things could be properly moved in this direction,” he added.

The minister believes that the decision on construction should be made jointly with the public, investors and environmentalists.