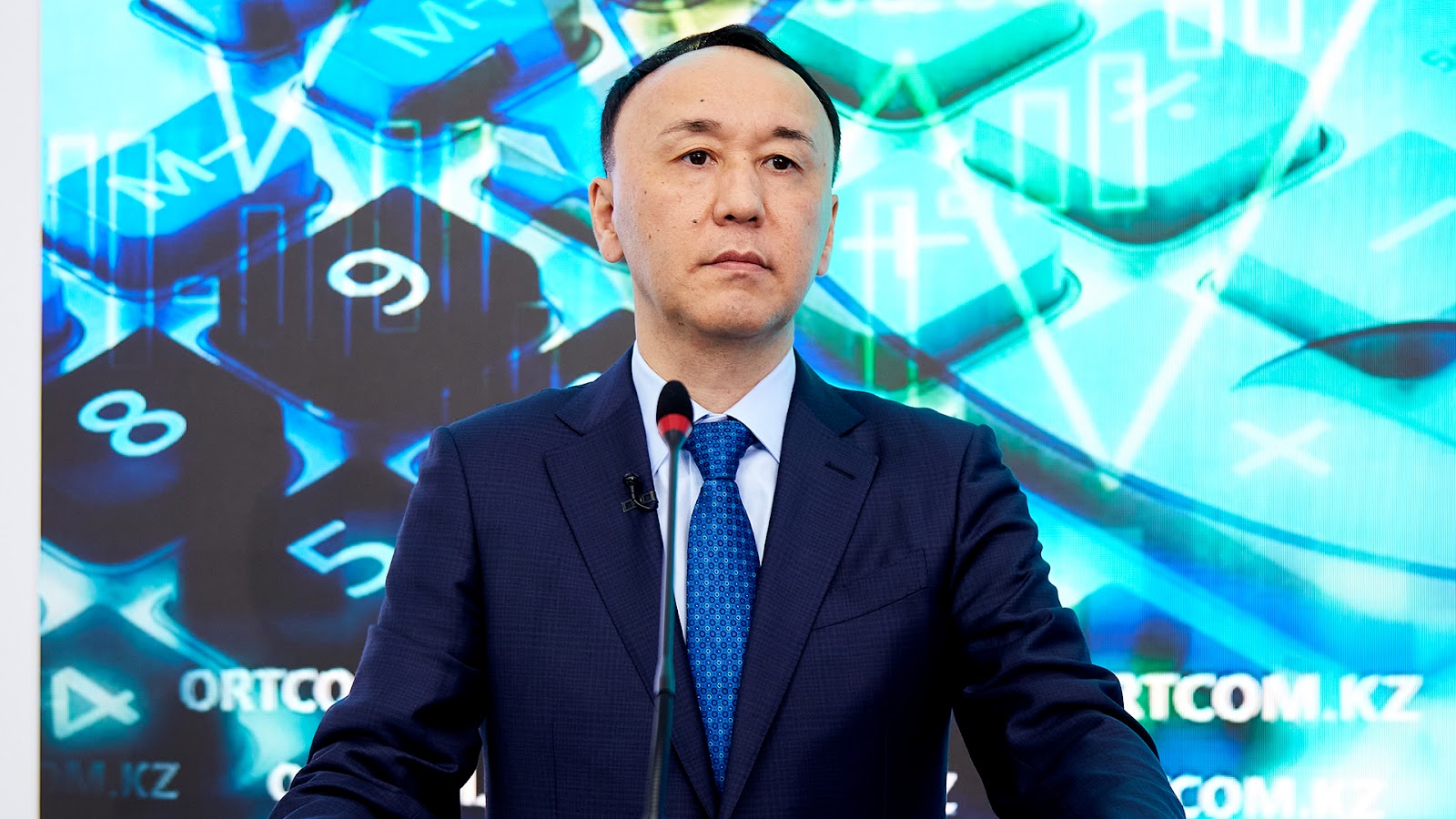 A briefing was held at the site of the Central Communications Service under the President of the Republic of Kazakhstan with the participation of the akim of the Kostanay region Arkhimed Mukhambetov. The head of the region spoke about the measures to improve the welfare of the population, taken within the framework of the instructions of the Head of State and, in general, about the pace of socio-economic development of the Kostanay region.

According to the akim, Kostanay region demonstrates a positive trend in all major socio-economic indicators. According to the results of five months, the highest rates of development were achieved in:

“Since the beginning of the year, industrial enterprises have produced products worth 1 trillion tenge, IFO — 102.3%. Growth is mainly provided by enterprises introduced during the years of industrialization of the country. The manufacturing industry demonstrates growth by 13.8% due to an increase in the production of engineering products by 23.6%, metallurgy — 5.5%, light industry — 14%), production of rubber and plastic products — 46.3% and food products — 14.9%,” said Mukhambetov.

According to him, as a growth reserve for the near future, taking into account the specifics of the region, a pool of 52 projects for 1.8 trillion tenge has been formed, with the creation of about 8 thousand jobs, which will also contribute to the further industrialization of the region's economy.

Mechanical engineering remains the driver of economic growth in the region

As you know, the Kostanay region is famous for the active development of the machine-building industry.

“Thanks to the automotive industry, the share of the manufacturing sector in the total industry reached 55.6%. During the reporting period, products worth 260.3 billion tenge were produced here, with an increase of 23.6%,” Mukhambetov informed.

The growth of investments in the region is 2.7%

As for investments in fixed assets, during the reporting period, 127.2 billion tenge was attracted to the regional economy (with an increase of 2.7%, 5 months of 2021 — 88.6 billion tenge). At the end of the year, the region intends not only to maintain, but also to increase this rate.

In the field of agro-industrial complex, for the further development of dairy cattle breeding, it is planned to implement investment projects in 2 areas (Olzha Agro LLP):

Kostanay region ranks first in the country in flour production

The head of state in his Address to the people of Kazakhstan "New Kazakhstan: The path of renewal and modernization" paid great attention to agriculture and food security of the country.

According to the head of the region, the needs of the population for the main group of food products, in accordance with national standards, are provided through their own production.

“As you all know, Kostanay region is the breadbasket of our country. In addition, 25% of the total number of employed people or more than 115 thousand people work here,” Mukhambetov noted.

According to him, agricultural producers were provided with the necessary fuel and lubricants (71 thousand tons), seeds and fertilizers in a timely manner and in full.

To meet the needs of the population of the region with socially significant food products, the areas of cereal crops, potatoes and vegetables have been increased.

At present, as noted by the akim, preparatory work is underway for the processing of fallows, chemical weeding of crops. The other day we started haymaking.

To ensure food security, there are 210 processing enterprises in the region (9 for milk production, 27 for meat, 8 for vegetable oil, 2 for processing leather and wool, 45 mills, 4 workshops for the production of cereals, 4 pasta workshops, 111 for baking bread ).

According to him, targeted work is also being carried out as part of anti-crisis measures. So, in order to ensure control and reduce inflation, 6.6 billion tenge was allocated (of which 2.8 billion were directed to the activities of the stabilization fund and 3.8 billion to issue loans to business entities). This made it possible to include in the stabilization fund 15 types of goods out of 19 types of socially significant food products, of which trade interventions are periodically carried out.

There are stocks of food products in the amount of 13.1 thousand tons.

Since the beginning of the year, more than 1,200 memorandums and agreements (824 memorandums and 392 agreements) have been concluded between suppliers and retail chains on the maximum trade markup for eggs, sunflower oil, flour, potatoes, vegetables and bread.

In order to organize trade in their own products, bypassing intermediaries, 208 trading places have been allocated to local producers in the trade markets. In the markets and micro markets of cities and regions, 108 trade counters have been organized.

Since the beginning of the year, the number of operating SMEs in the region has increased by 5.8%

“Much attention is also paid to the development of entrepreneurship, as evidenced by the positive dynamics in key indicators in the field of small and medium-sized businesses. During the reporting period, the number of operating SMEs increased by 5.8%, as well as production, which made it possible to increase the share of SMEs in GRP to 27.2%,” Mukhambetov noted.

According to him, within the framework of the Economy of Simple Things Program, 317 projects worth 64.9 billion tenge have been supported since the beginning of its implementation. The largest number of them falls on projects for the processing and production of agricultural products (94%).

As for transport logistics, this year it is planned to repair more than 500 km (520 km) of roads and 220 streets of settlements.

“Now the share of roads of regional and district significance, which are in good and satisfactory condition, is 78%. According to the results of the current year, it is planned to increase this figure to 85%,” Mukhambetov said.

This year, within the framework of the Nurly Zher state program, it is planned to build 450.5 thousand square meters of housing

This year, according to the akim, within the framework of the Nurly Zher state program, it is planned to build 450.5 thousand square meters of housing, rent more than 4 thousand apartments.

“Since the beginning of the year, we have already commissioned 169.1 thousand m2 of housing, with an increase of 3.4%. In terms of housing commissioning, the region ranks 8th in the Republic of Kazakhstan. Investments in housing construction increased by 16.7%, totaling 23.8 billion tenge,” Mukhambetov informed.

Systematic work is also carried out in the region to provide the population with high-quality drinking water.

According to the akim, in 2022, within the framework of the Nurly Zher and Auyl - El Besigі programs, 20 billion tenge was allocated for the implementation of 48 water supply and sanitation projects, which is 33.3% more compared to 2021.

For the future, 37 projects are being developed with an estimated estimated cost of more than 25 billion tenge.

Financing of the medical sector of the region in the current year amounted to 84.2 billion tenge

Turning to the issues of the social sphere, the head of the region, first of all, focused on the tasks of the healthcare system.

According to him, funding for the healthcare sector this year amounted to 84.2 billion tenge.

In 2022, it is planned to repair 11 healthcare facilities.

“In order to reduce the shortage of medical personnel to establish preliminary contractual relations, meetings were held with graduates of medical universities. This year, the payments for lifting at the expense of the regional budget for doctors in the most popular specialties have been increased (from 2.5 to 5 million tenge),” Mukhambetov informed.

According to the head of the region, in order to develop infrastructure, 3 schools for 2,200 places are being built (for a total amount of 5.9 billion tenge, in the Karabalyk district, Bereke and Kunay microdistricts of Kostanay).

“I would like to note that there are no emergency and three-shift schools in the region. Work is underway on capital and current repairs of 78 educational facilities,” said Mukhambetov.

According to the akim, work continues to improve the material and technical base of educational institutions, 2.6 billion tenge is planned for these purposes, including: equipping with sports equipment, updating student furniture, purchasing classrooms, STEM laboratories, BMK and boilers, turnstiles and video surveillance, educational laboratories and much more.

“In this direction, as part of the implementation of National projects and private initiatives in 2022, it is planned to cover 27,000 people with employment measures, create about 18,000 jobs, including 10,000 permanent ones,” Mukhambetov said.

According to him, since the beginning of the year, more than 10 thousand people have been covered by employment measures, 8.4 thousand jobs have been created, including 4.9 thousand permanent ones.

As a result of the adoption of measures to ensure employment of the population, to create new jobs in the region, the unemployment rate is expected to remain at the level of 4.8%.

According to him, infrastructure projects are being implemented in this direction to improve the well-being and life of the inhabitants of the Dzhangeldy district.

“For example, the villages of Akkol and Baitursynov have recently connected to the mobile Internet network. This was one of the main requests of the local population in preparation for the anniversary. At the request of local residents, the repair of the road to the village of A. Baitursynuly and the bridge across the Torgai River (2.7 billion tenge) has begun,” Mukhambetov said.

In addition, according to him, a new medical center will be built in the village of Baitursynuly and a rural outpatient clinic in Akkol will be repaired.

As part of the plan, work is underway to repair and re-expose the Literary Museum of Akhmet Baitursynov and Mirzhakyp Dulatuly in the village of Torgai.

Also, according to him, today, with the support of the local population, entrepreneurs, the issue of building a mausoleum near the burial ground of the Baitursynov dynasty and installing a new monument in honor of the ancestors of Akhmet and Mirzhakyp in the village of Torgai is being worked out.

In addition, cultural, scientific, educational events are held. Performances were staged, a scientific expedition began its work. The main anniversary events are scheduled for the period from 3 to 5 September this year.