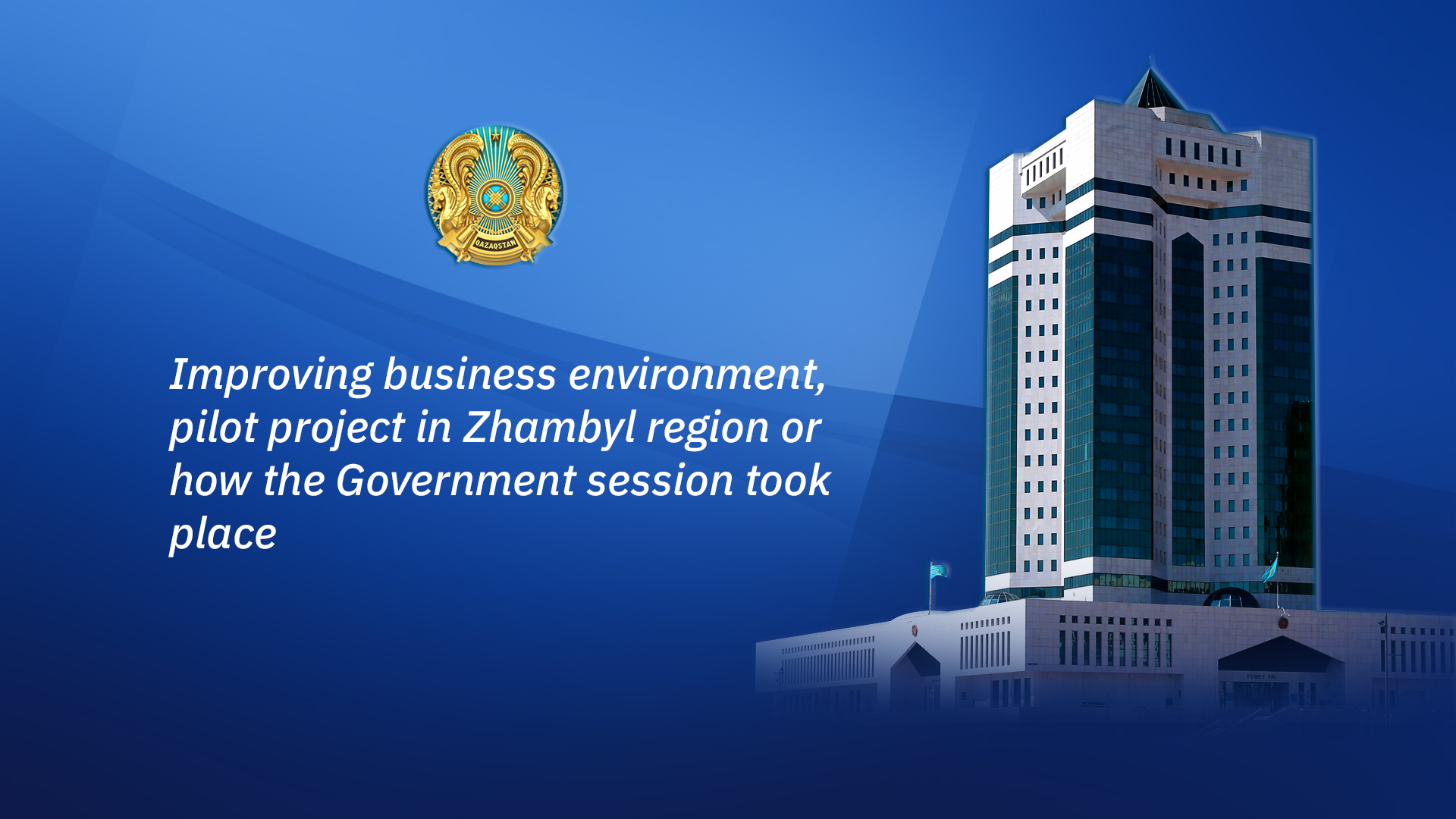 Sep. 17, 2019, at the Government session, measures to improve the position of Kazakhstan in the World Bank’s Doing Business ranking and other ratings, as well as the ways to implement a pilot project to increase incomes of the population through support of personal subsidiary plots in a village in the Zhambyl region were considered. On the sidelines of the Government, representatives of the media received answers to their questions of interest on the current agenda.

At the moment, Kazakhstan is 28th in the ranking for Ease of Doing Business among 190 countries, which demonstrates the success of the reforms. The prime minister noted that this affects the investment attractiveness of the country and allows you to get an idea of ​​the possibilities of creating new projects and industries.

“We have achieved good performance in the energy sector, rail transport, and ICT. At the same time, it is necessary to strengthen work to improve positions in international trade, healthcare, and the financial sector,” the prime minister emphasized.

The Head of Government ordered to develop the eighth package of amendments to improve the business environment by the end of October 2019.

It is necessary to update the existing and adopt new action plans in a month's time, as well as to work out the issue of fixing target indicators on improving Kazakhstan's positions in international ratings in program documents.

It should be noted that improving the position of Kazakhstan in the World Bank’s Doing Business ranking and other ratings is directly related to attracting foreign direct investment, without which reserves for further economic growth will be limited. This is one of the priorities of the Government. Great prospects and significant potential has the development of agriculture in the countryside. Affordable business conditions in small towns contribute to the implementation of the country's main resource — agriculture. The issue of Kazakhstan’s positions in international ratings will be constantly monitored by the Government Project Office.

During the consideration of the second issue, Askar Mamin was informed that about 46.4 billion tenge with a development period of up to the end of 2020 is required to implement a pilot project in the Zhambyl region to increase household incomes through the support of private farms in the village. Microcredits are planned to be provided in rural settlements and small towns with an annual interest rate of 2.5% for the ultimate borrower and for a period of not more than 7 years.

“As you know, we face a serious task of increasing the well-being of Kazakhstanis and improving the quality of life. We must provide citizens with all the necessary opportunities to implement their entrepreneurial initiatives, easily obtain loans, and conduct a family business. The provision of microloans should not be a simple distribution of money at a low interest rate. When implementing the project, it is necessary to provide tight control over the return of borrowed funds,” Mamin said.

The Head of Government instructed to introduce the mechanism for implementing the pilot project, as well as to ensure proper monitoring of the timely achievement of the announced indicators by the end of September.

On the sidelines of the Government, the Minister of Industry and Infrastructure Development Roman Sklyar commented on the recent emergency incident related to the forced return of the Air Astana aircraft due to engine failures. According to the airline itself, the problem was in indicating the parameters of the engine system.

“A commission will be created today to investigate the incident. We will consider each case separately. We are conducting an investigation, the commission is being created. And when it becomes systematic, of course, certain measures are taken,” said Sklyar.

It should be noted that Sep. 16, the Aibus A321neo plane, which operated the KC 227 flight in the direction “Nur Sultan – Beijing,” returned to the departure airport for technical reasons. After take-off, an alarm was triggered, reporting a problem in the engine operating parameter display system. In accordance with the safety instructions, the crew decided to return to the airport to eliminate the malfunction. Landing was normal.

Akim of the Zhambyl region Askar Myrzakhmetov commented on the case of anthrax detection in residents of the region and the current condition of the sick.

“According to official figures, four people were sick. Now they are in a hospital. According to doctors, now nothing threatens their lives. In the next two days, patients will be discharged. Today, all contact persons are checked, a criminal case has been instituted, all necessary measures are taken within the framework of the law,” the akim said.

Note, in the Zhambyl region four people were hospitalized with a diagnosis of anthrax. All patients were admitted to the medical institution with rashes on the body. They work as shepherds in one farm and participated in the slaughter of cattle.