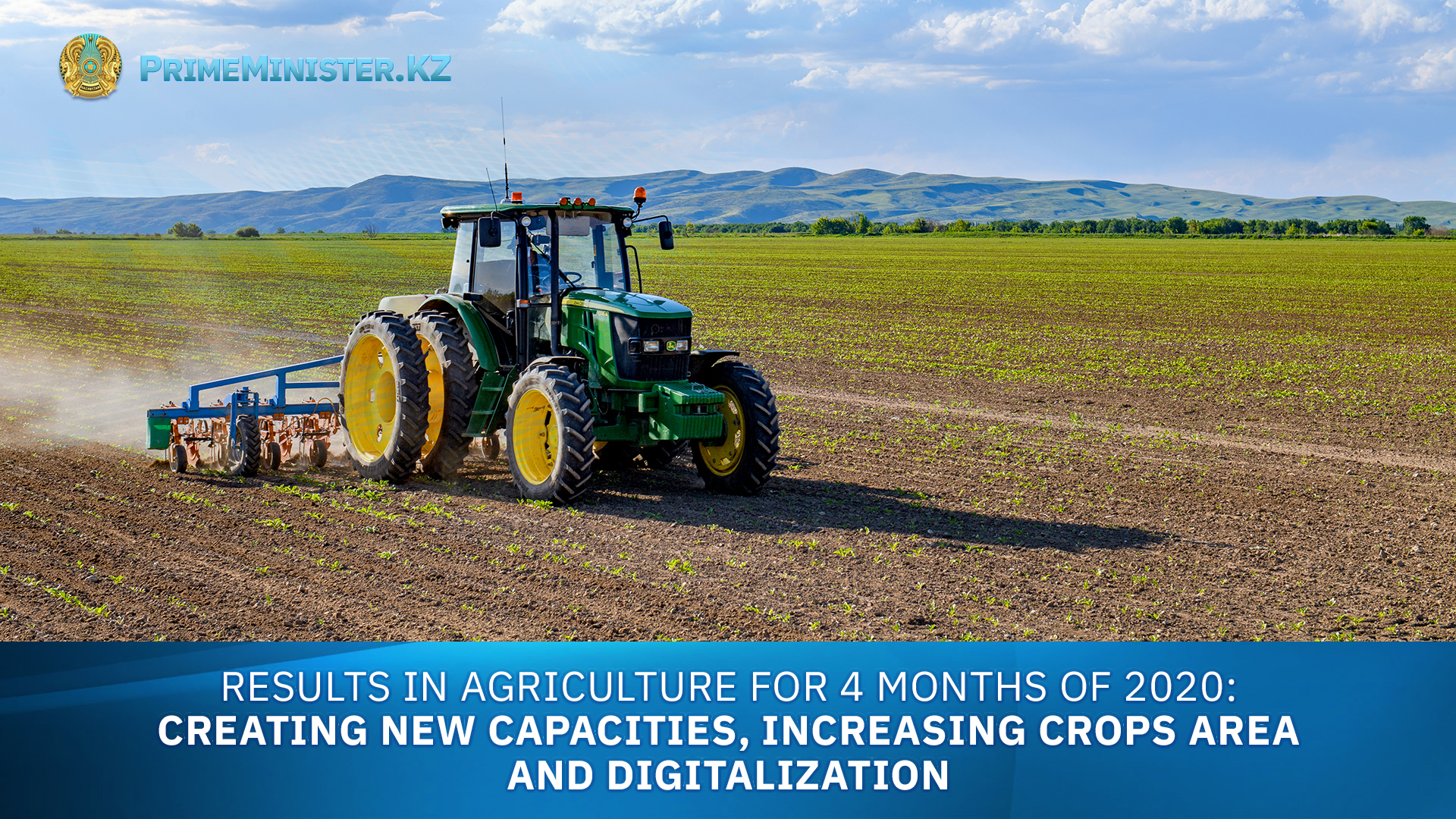 At a reporting public meeting, Minister of Agriculture Saparkhan Omarov informed about the results of the agro-industrial complex for 2019, as well as the development indicators of the industry for 4 months of 2020.

In general, the gross agricultural output in the past year increased by 0.9% and amounted to 5.2 trillion tenge. At the same time, livestock production increased by 4%, while crop production, due to adverse weather conditions, decreased by 1.7%.

In 2019, 501.6 billion tenge of investments were attracted to the industry, which is 41% more than last year. At the end of 2019, labor productivity in agriculture amounted to 2.4 million tenge per employee, which is 14% more than the level of the previous year. 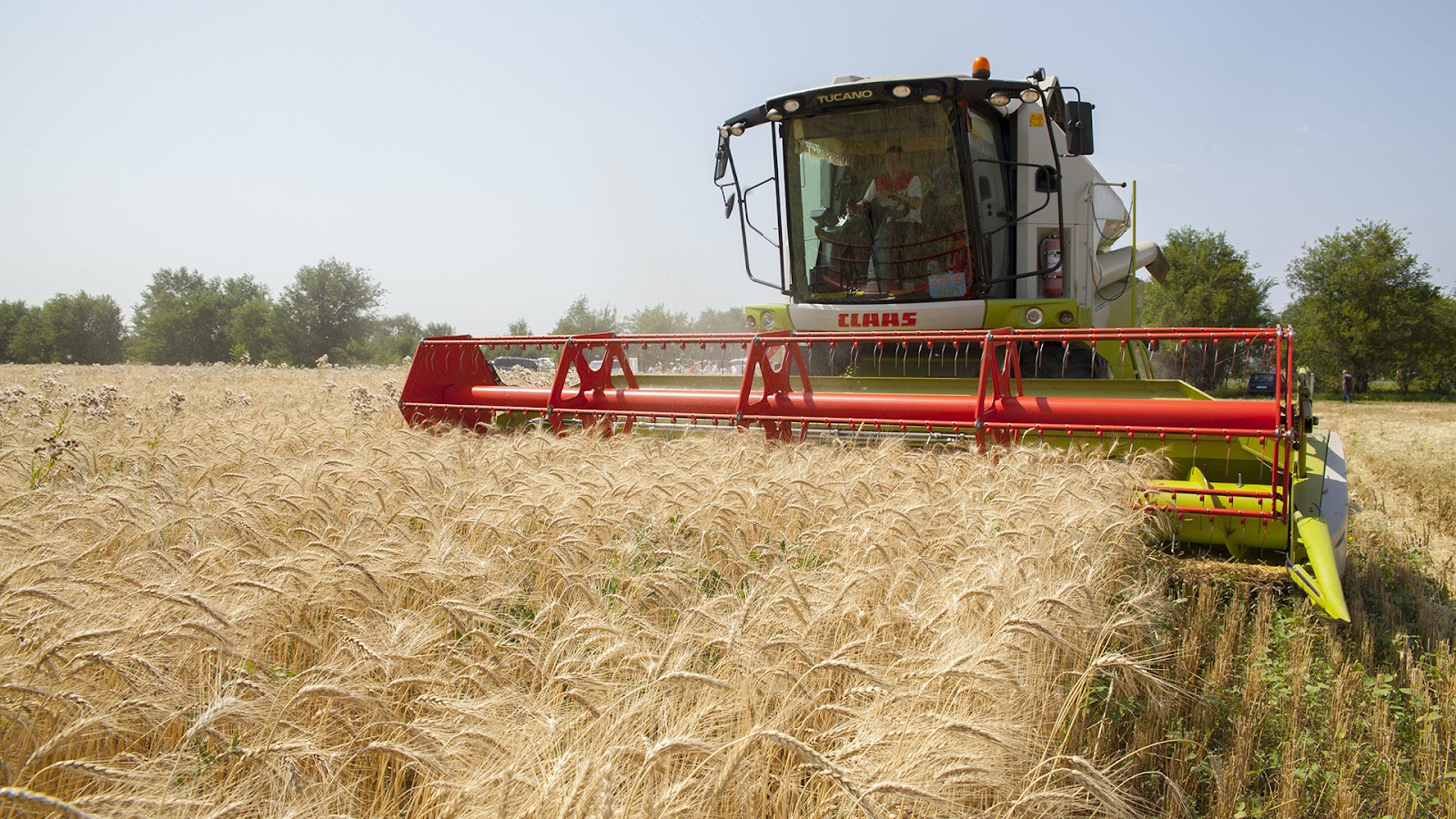 According to Omarov, in 2019, in order to increase the area for highly profitable crops, taking into account crop rotation, crops of oilseeds and legumes, for example, flax, were increased by 18.2%, soybeans by 10.7%, and vegetable and melon by 4, 7% As a result of diversification, the wheat area was reduced to 11.3 million hectares as a monoculture.

“The main factors affecting the yield and quality indicators of agricultural products are the observance of agricultural technologies using highly productive seeds, the application of mineral fertilizers, as well as the renewal of the machine and tractor fleet. The Ministry is carrying out consistent work in this direction,” the minister said. 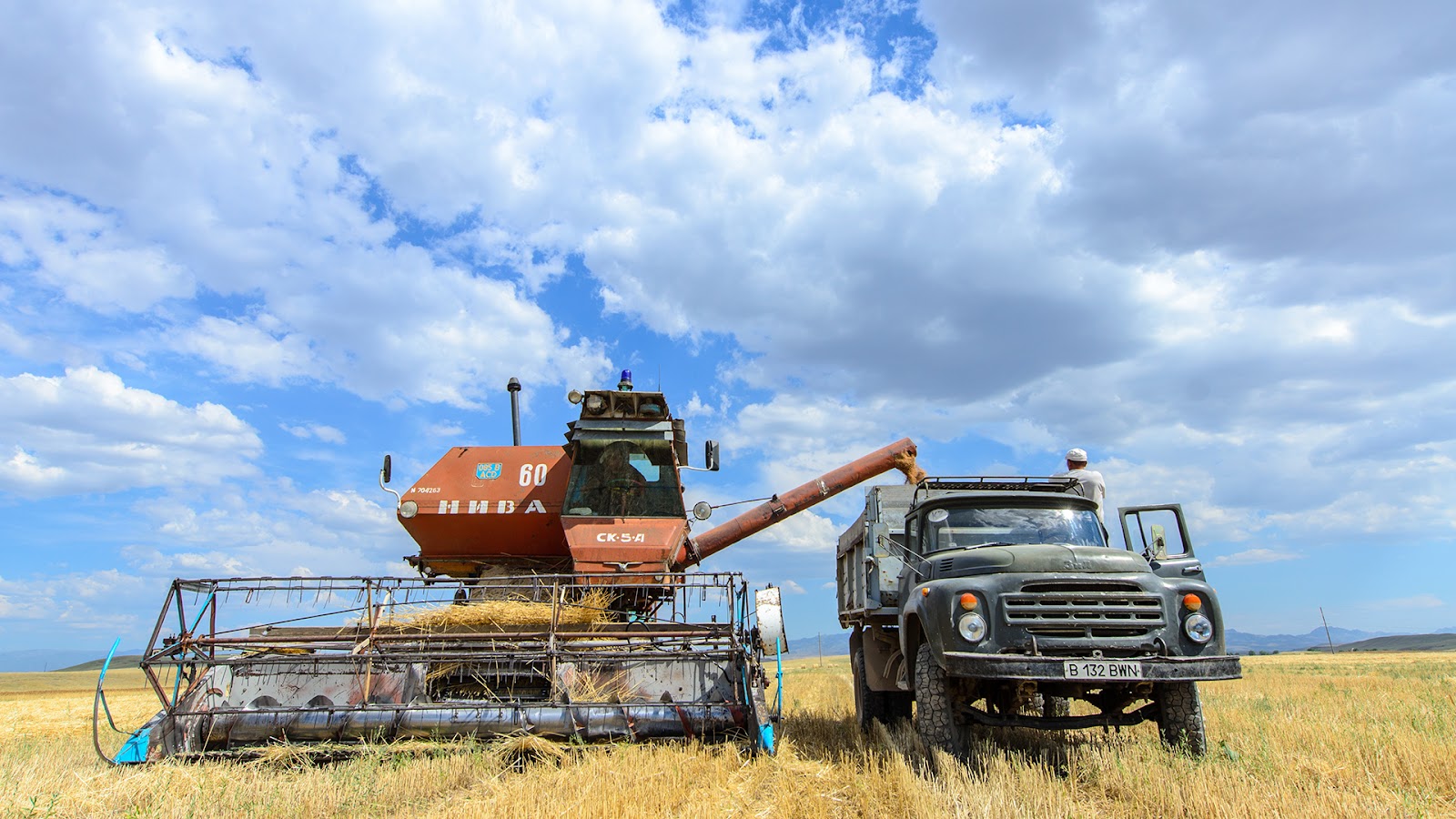 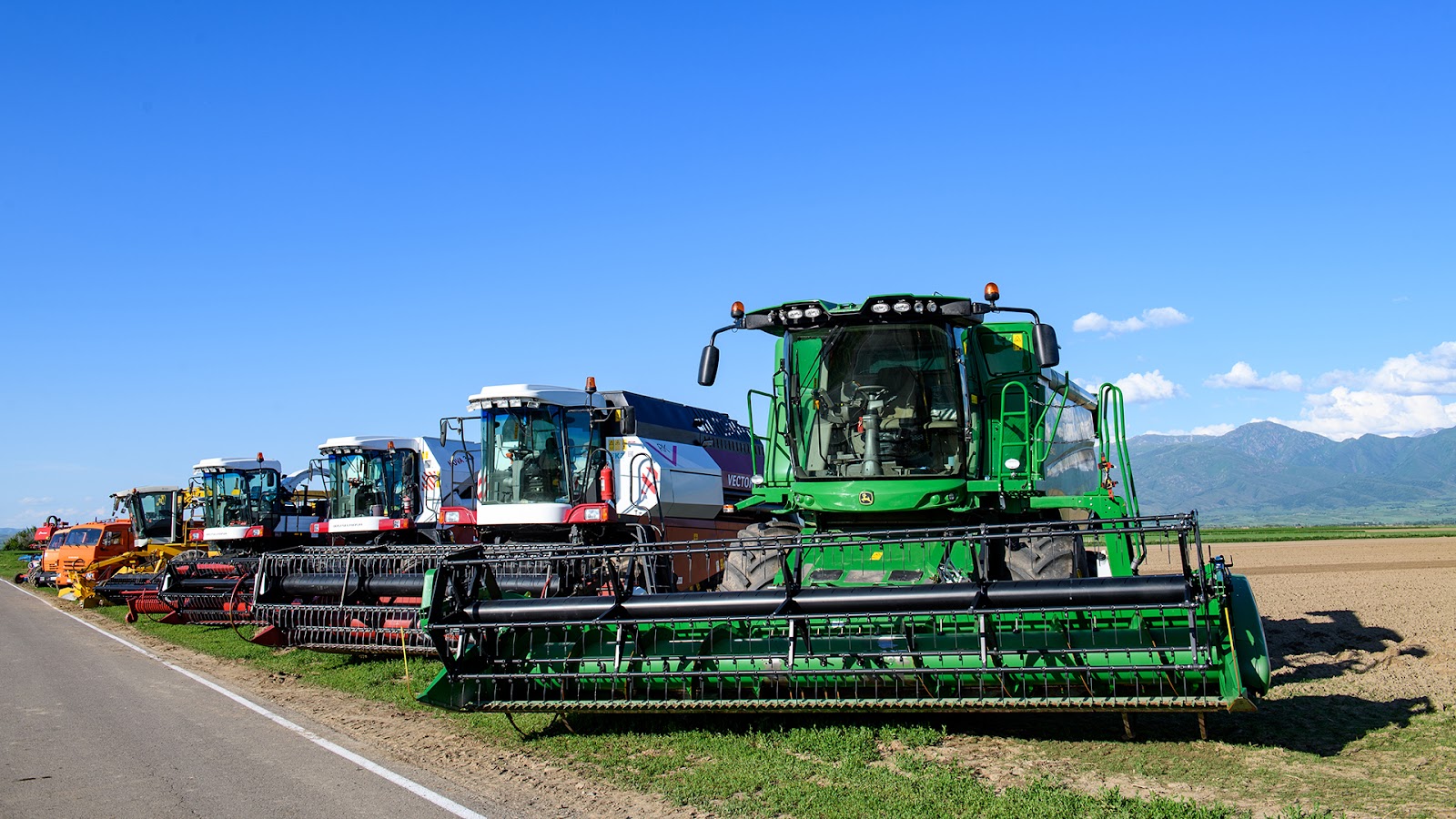 The renewal rate of the machine and tractor fleet was increased to 4%. About 12 thousand pieces of agricultural machinery were purchased compared to 9.5 thousand in 2018.

“Subsidizing 25% of the cost of agricultural machinery and reducing the cost of interest on loans and leasing by 10% per annum, as well as the possibility of receiving investment subsidies in advance for using them as an initial payment for leasing machinery, contributed to the renewal of equipment,” Omarov said.

As part of the execution of the order of the Head of State, work is continuing to increase the area of ​​irrigated land. Currently, the irrigated land area is 1 million 546 thousand hectares, including 210.4 thousand hectares of land covered by water-saving technologies, such as irrigation and drip irrigation, which increase productivity several times.

To stimulate the introduction of modern irrigation systems, agricultural producers are reimbursed 50% of their costs for infrastructure supply and the acquisition of irrigation systems. In addition, the interest rate is reduced by 10%.

An important task in the development of the agro-industrial complex is to increase the share of processing of agricultural raw materials and the production of products with higher added value, which corresponds to the order of Elbasy to increase the export of processed products by 2.5 times by 2022. 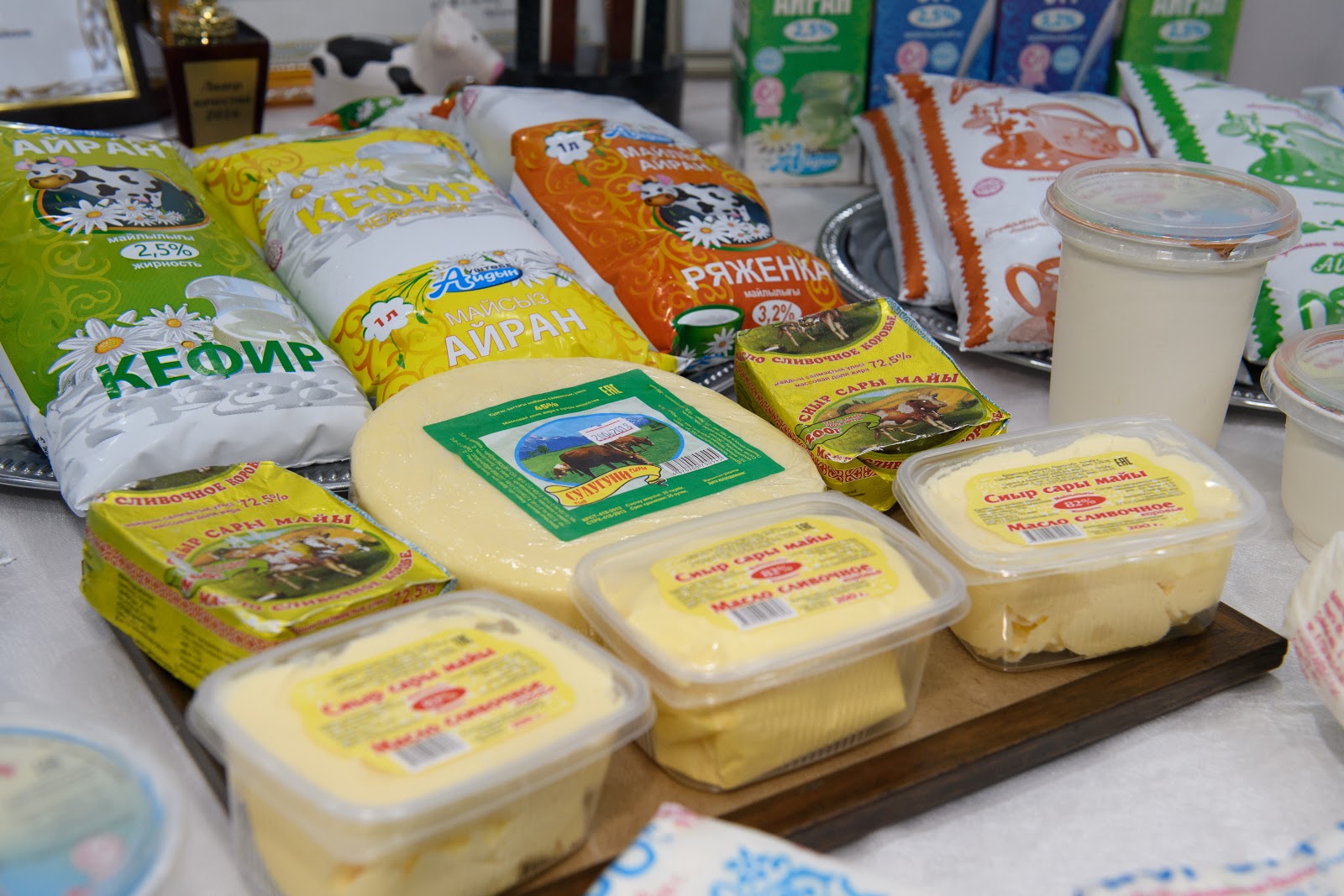 To this end, last year new capacities for processing crop products for 450 thousand tons of raw material processing were commissioned.

At the same time, new areas of agricultural processing appeared, such as the deep processing of wheat to produce starch, gluten, feed products and bioethanol. This direction is promising for us, so last year 6.4 thousand tons of gluten and 16.1 thousand tons of wheat starch were produced.

In turn, according to the minister, there is an increase in traditional processing, in particular, the production of vegetable oil has increased by 24.6%, pasta — by 4.6%. 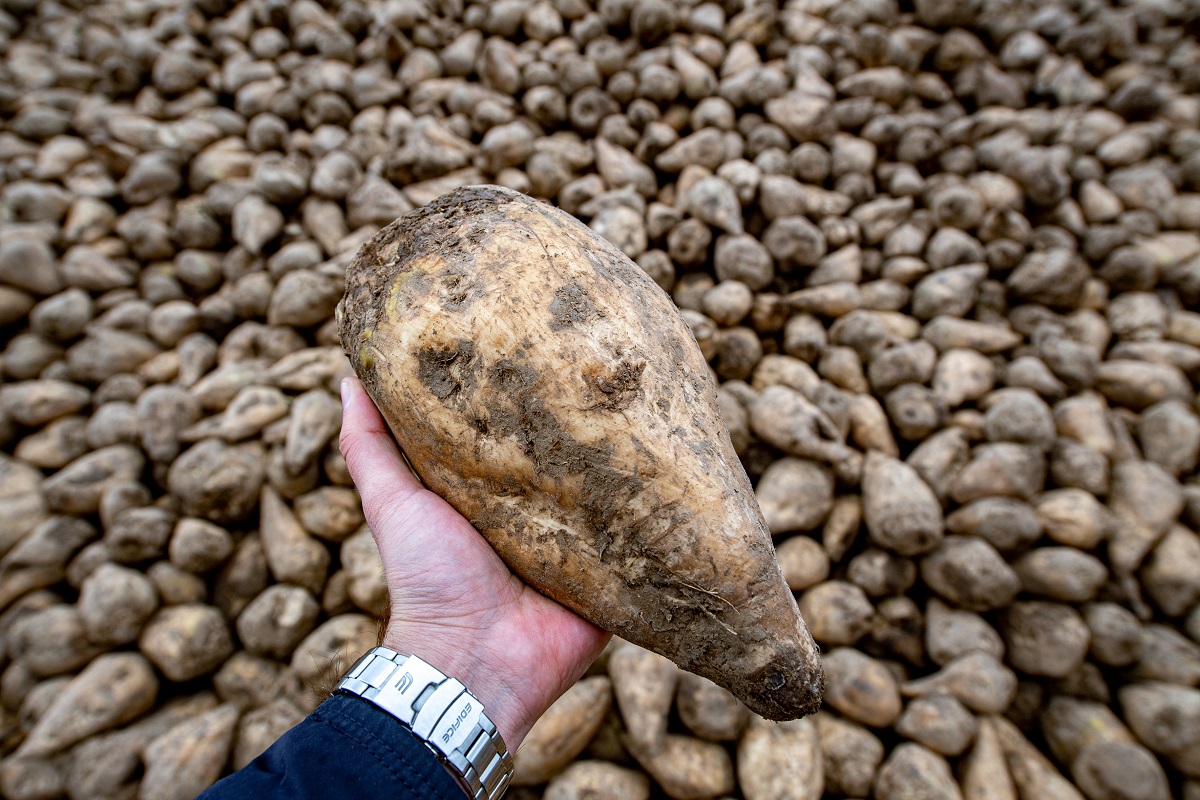 As part of the improvement of state support measures, all subsidies in crop production were combined into the Unified Subsidy Rules.

Increased subsidies for plant protection products. Now, not only herbicides are subsidized, but also other types of pesticides. Seeds of not only domestic but also foreign selection are also subsidized.

One of the main innovations is the possibility of obtaining subsidies not within the calendar year, but within 12 months from the date of purchase of seeds, fertilizers, pesticides.

Kazakhstan recorded an increase in milk processing by 7%, meat — by 8%

In the livestock industry, steady growth is maintained at 4%. The volume of gross output by the end of the year increased to 2.3 trillion tenge. 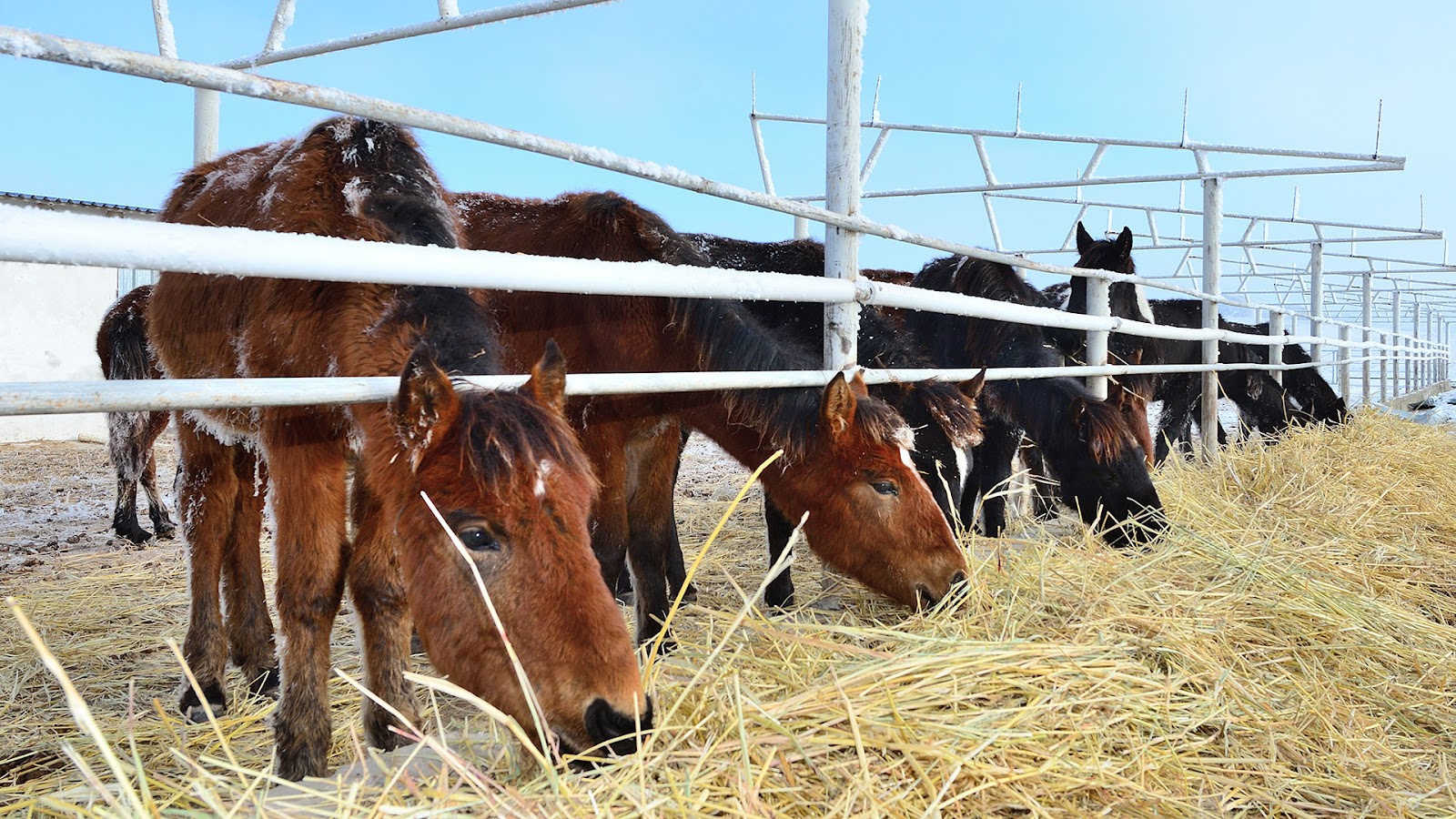 The implemented measures through lending and additional subsidies have had their effect. So, there is a positive dynamics in the growth of the livestock of livestock: cattle and small cattle by 2.7%, horses — by 11.5%, pigs — by 2.5%, birds — by 1.6%. 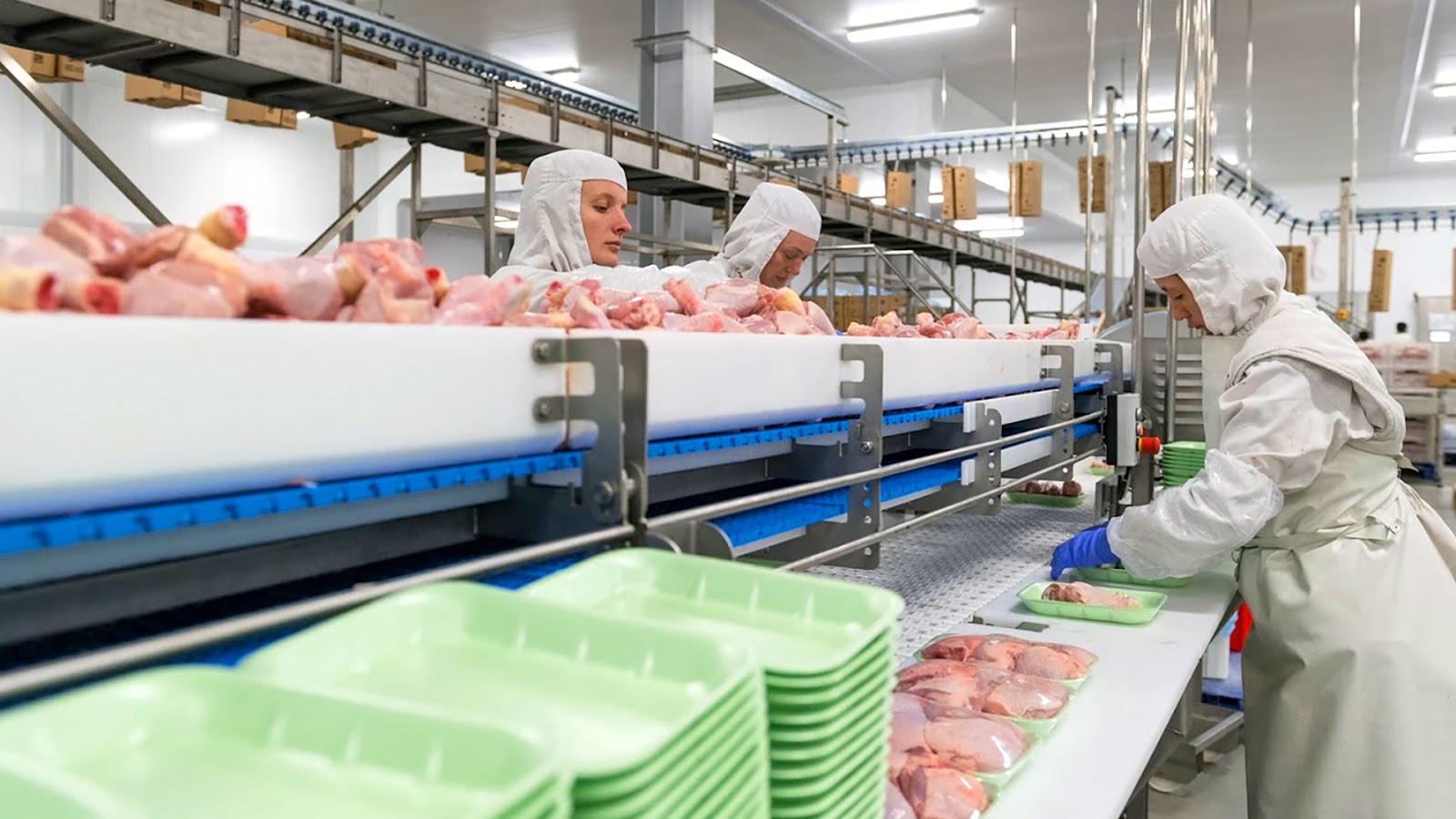 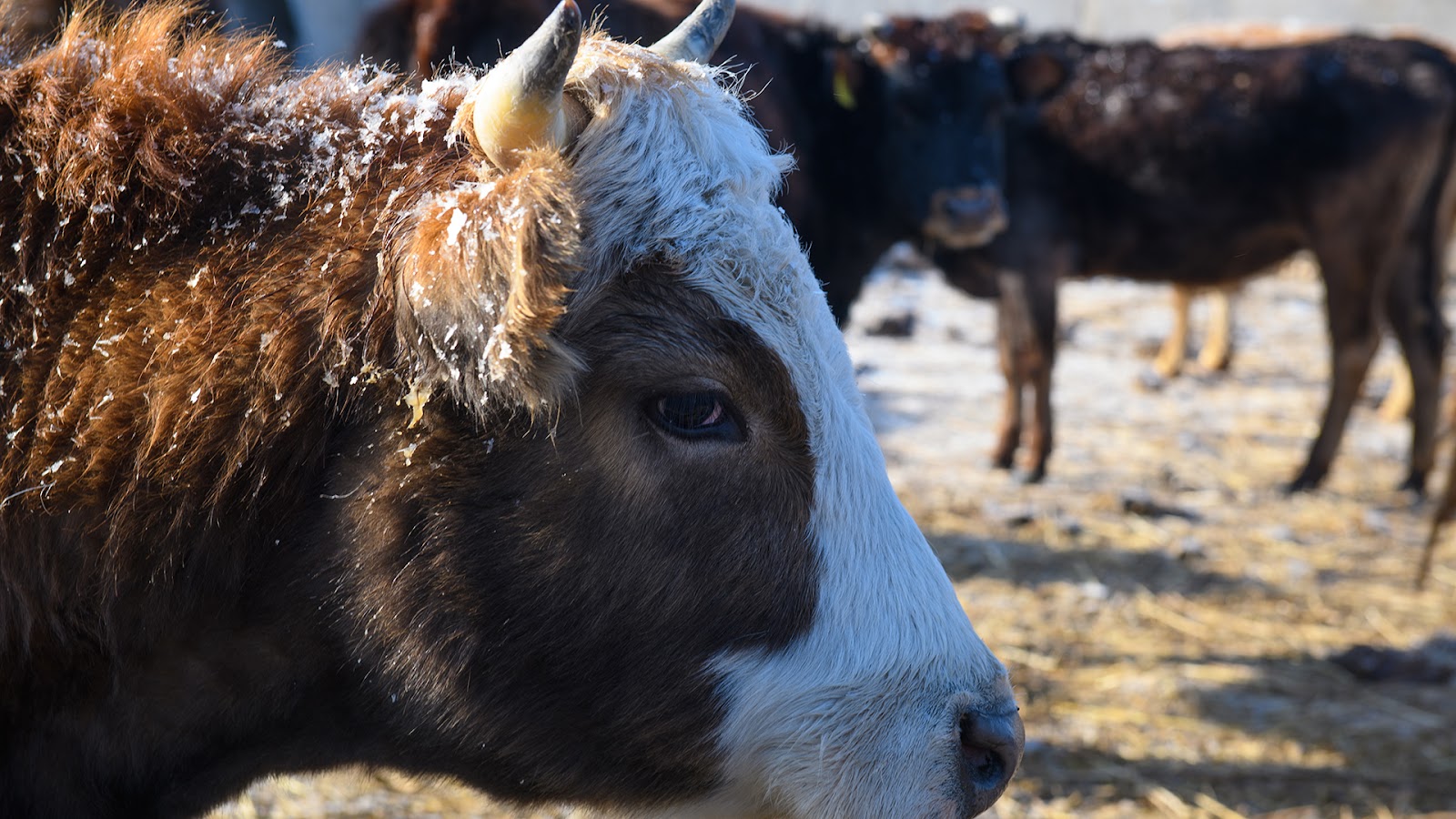 The Ministry is carrying out systematic work to ensure the epizootic and phytosanitary welfare of the country and the opening of export markets for Kazakhstani agricultural products. 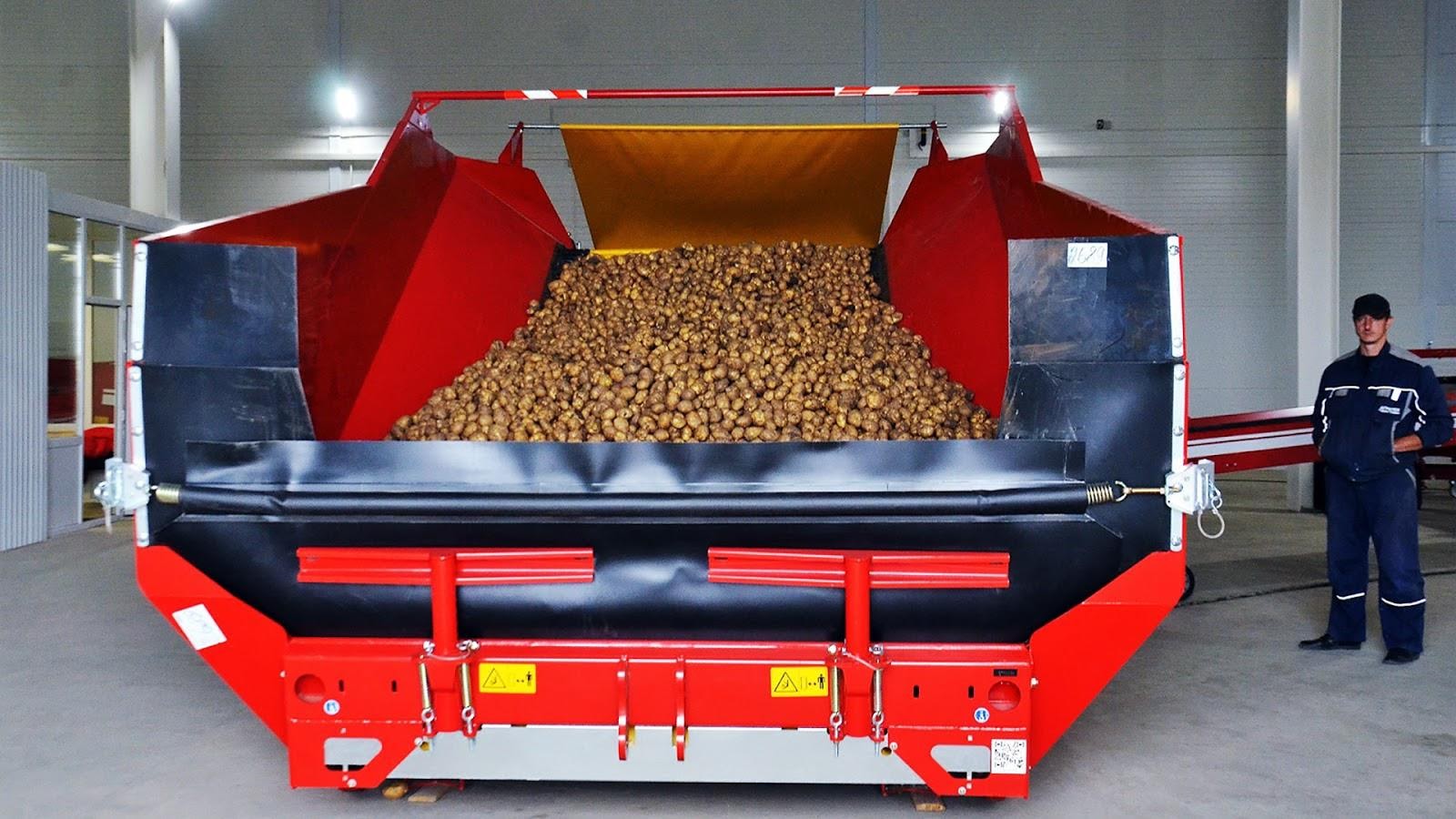 At the legislative level, the vertical of veterinary control has been restored on the principle of center - region - district, this will strengthen control over the movement of controlled products and ensure product traceability ‘’from field to table”.

Last year, veterinary requirements for pork, dairy products, wool, and phytosanitary requirements for flax seeds, wheat flour and animal feed were agreed with China. The restrictions on foot-and-mouth disease and nodular dermatitis introduced by China several years ago were lifted, which in turn opened the access of Kazakhstani meat products to the Chinese market.

The veterinary requirements for the export of live cattle to slaughter, beef, by-products of small cattle and edible eggs to Iran were also agreed.

As a result, the export of Kazakhstani agricultural products increased to China by 50.5%, to the Persian Gulf countries by 3.2 times, to Central Asian countries by 7.4%, to the EAEU countries by 8.2%. 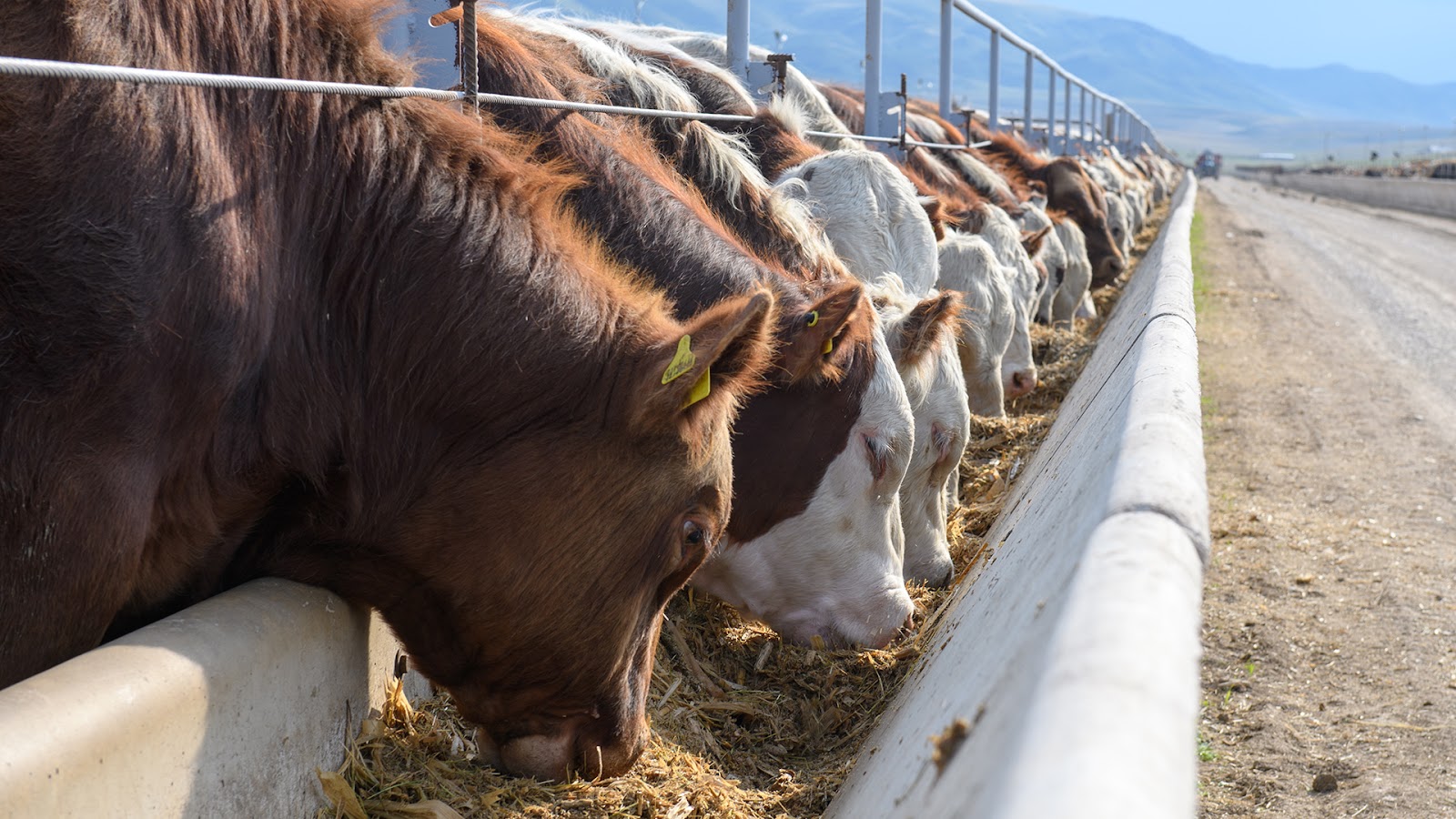 In general, last year, Kazakhstani products were exported to 72 countries of the world. At the same time, last year's agricultural exports increased by 6.4% and amounted to $ 3.3 billion.

In 2019, 5.6 million hectares of unused land were identified, including arable land of about 800 thousand hectares, pastures — 4.6 million hectares. This was revealed in the course of traditional monitoring based on paper reports and reconciliation of information. 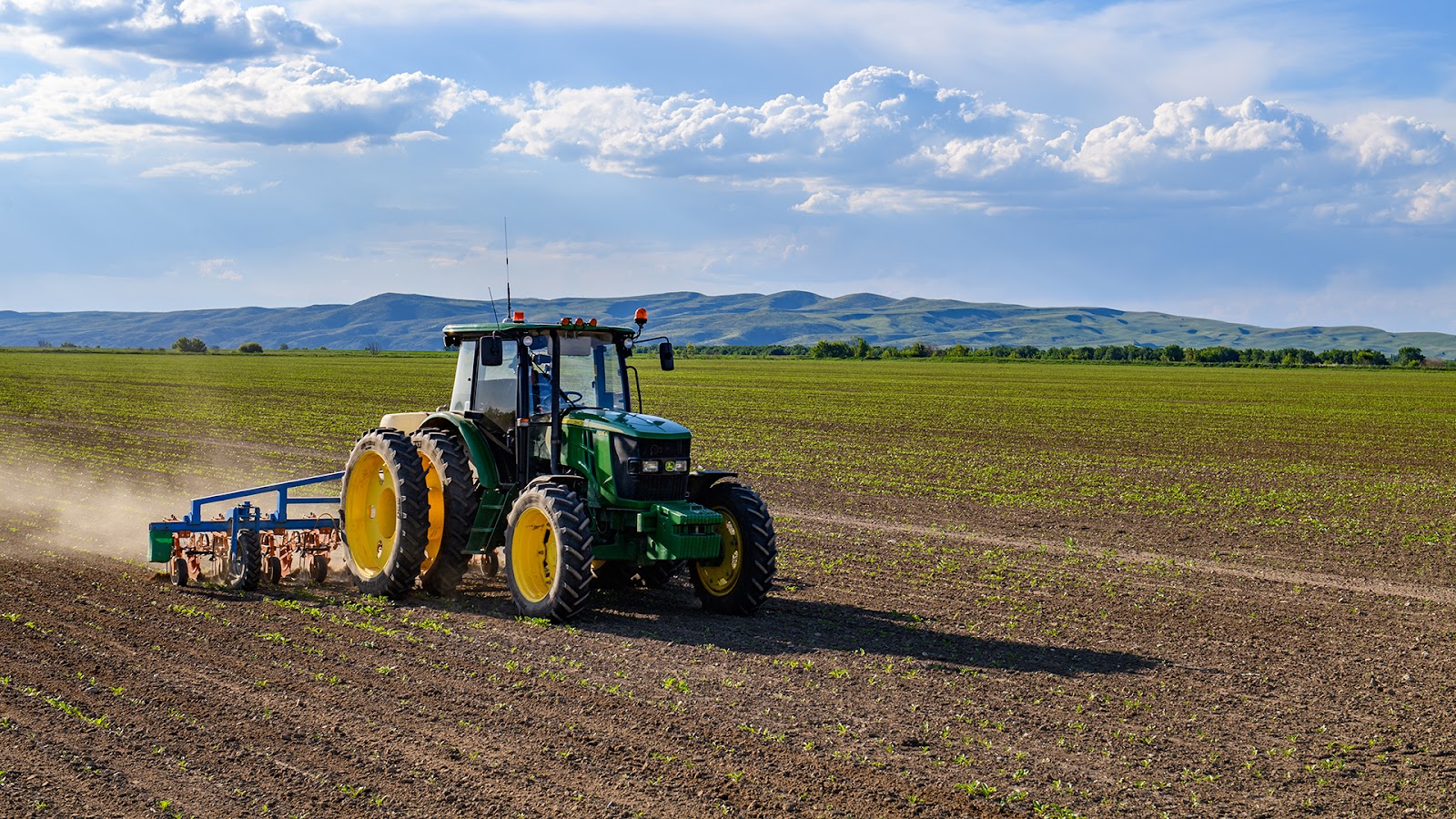 According to these lands, today after taking response measures: 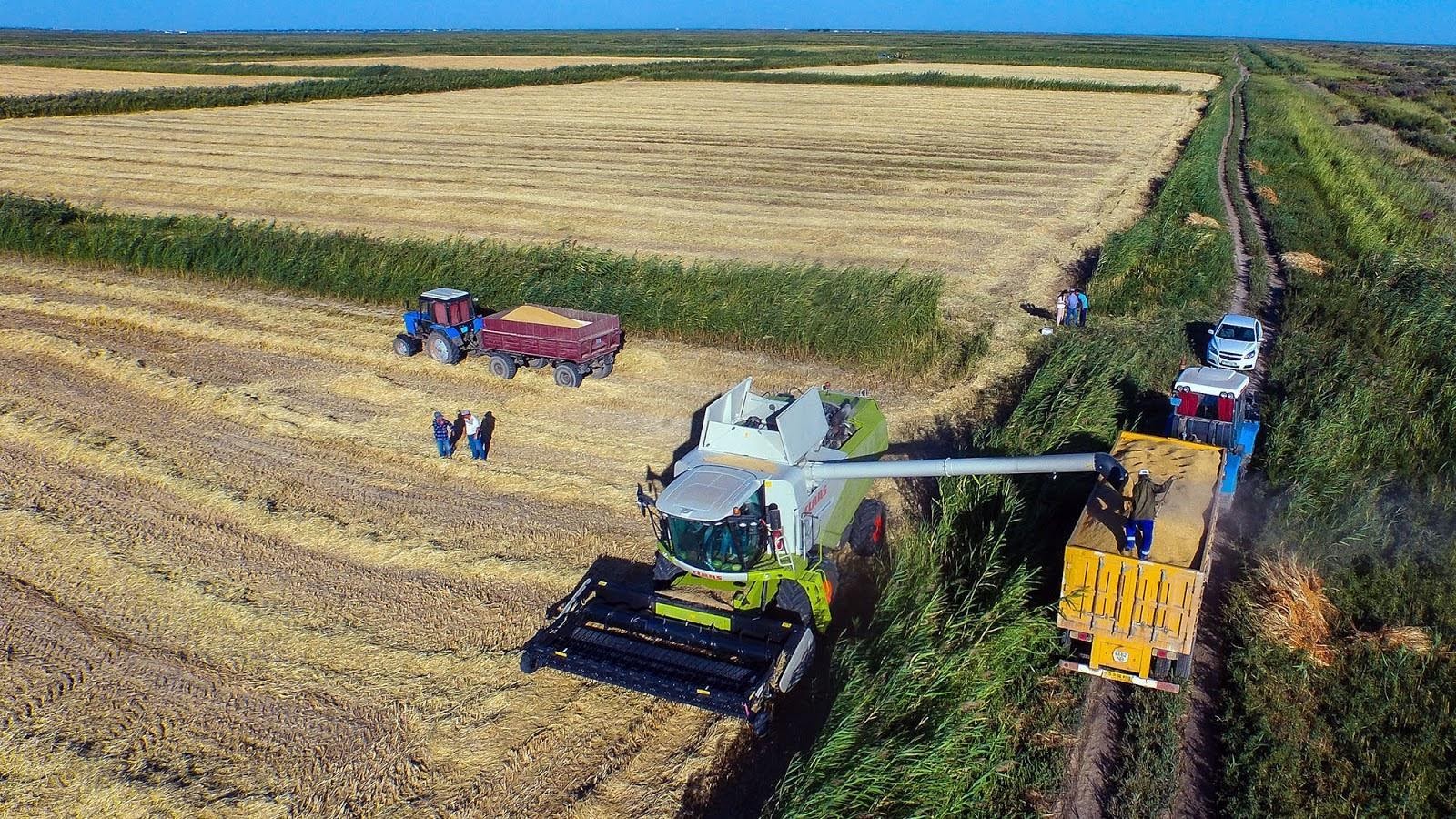 A pilot project has been launched in Akmola, Kostanay, East Kazakhstan and Mangystau regions to monitor agricultural land through a web portal, the results of which revealed 9061 unloaded pasture lands with a total area of ​​7.3 million hectares

Following the results of three months of 2020, more than 2 million hectares were returned to state property.

The minister said that as part of the implementation of the order of the Head of State, the Ministry of Agriculture of the Republic of Kazakhstan has developed amendments to the Land and Entrepreneurial Codes, providing for:

In January 2020, the ministry developed the Concept of the draft law, which was approved in March 2020 at a meeting of the Interdepartmental Commission on legislative activities under the Government. Now it is in public discussion and agreement.

Minister of Agriculture Saparkhan Omarov noted that, according to the results of 2019, 49 farms were registered in which digital technologies were introduced (28 farms — in precision agriculture, 21 — in dairy and beef cattle breeding).

“The economic effect of the introduction of digitalization elements amounted to 2.5 billion tenge,” Omarov said. 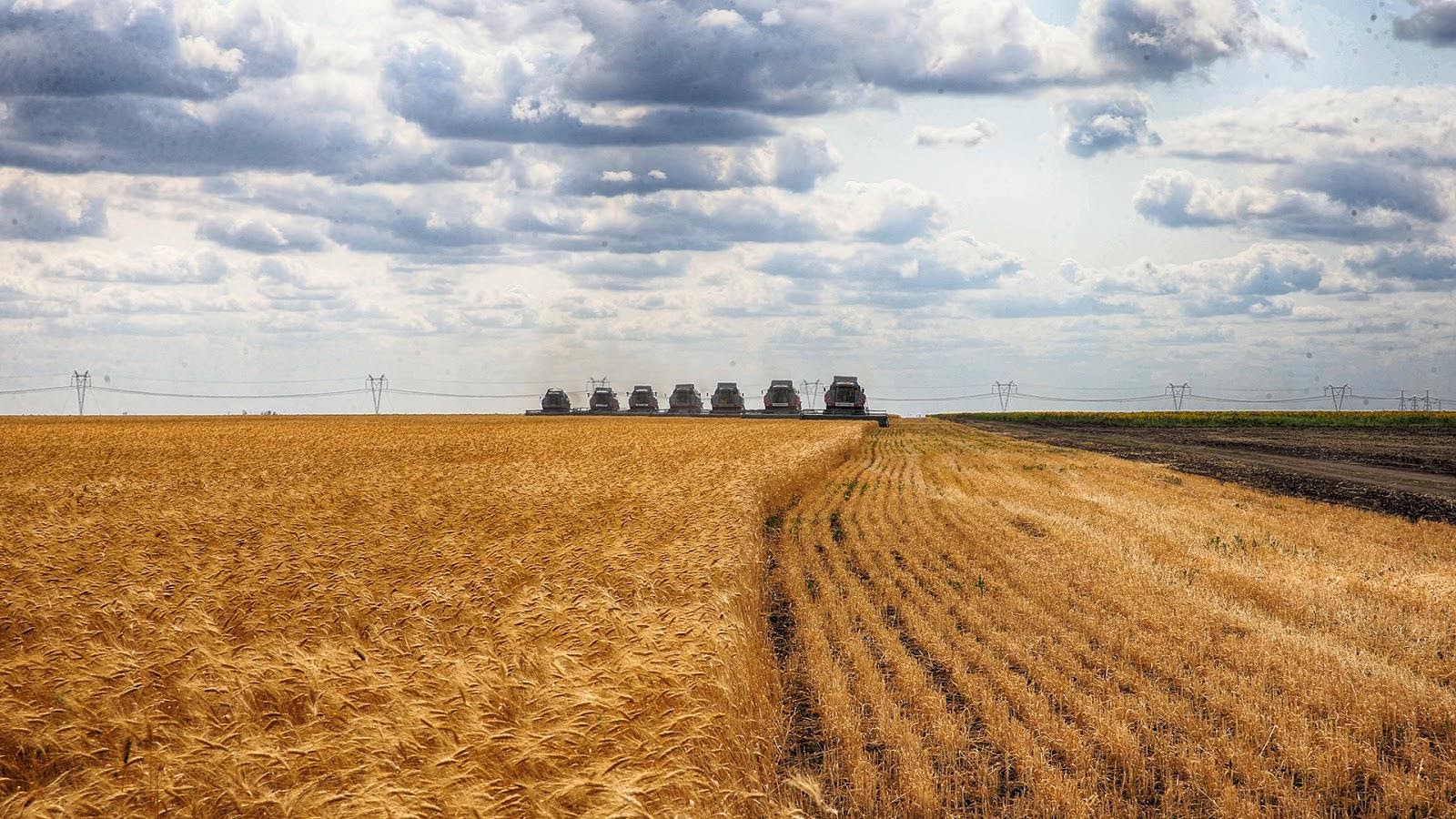 For reference: a set of elements has been formed to determine the level of farms, for example: in crop production these are electronic field maps, navigation systems, automatic control, and in livestock breeding — milking machines with software, automatic water and feeding systems, and animal activity monitoring systems.

Elements of telematics in crop production are already included in the attachments of sowing complexes, combines and other equipment. Today, more than 5 million hectares of land, or 20% of all sown area, is cultivated by 1,500 pieces of modern agricultural machinery. An increase in production was obtained and production costs were reduced to 20%.

According to the minister, the elements of digitalization are also included in the existing state support mechanisms. If appropriate equipment is available, an increased subsidy rate is provided.

In crop production, to ensure the timely conduct of spring field work in 2020, all necessary measures have been taken and today sowing work is being completed

The situation associated with the coronavirus pandemic has shown that issues of food security, as well as agricultural development have become one of the main ones.

Now many countries are reviewing the development strategy of the agro-industrial complex with an emphasis on saturation of the domestic market and import substitution. Since in the early days of quarantine measures in various countries there was an increased demand for food products, and the restriction of movement and roadblocks left their mark on the unhindered movement of food products.

This year, taking into account the increased demand for Kazakhstani agricultural products, the area of ​​agricultural crops was increased by 237.7 thousand hectares and brought to 22.5 million hectares.

At the same time, the structure of sown areas ensured the growth of highly profitable crops such as: oil crops on 122.2 thousand ha, fodder crops on 308.6 thousand ha, vegetable and melon crops on 11.5 thousand ha, as well as especially popular buckwheat for 30.9 thousand hectares.

The indicated volumes are planned to be achieved through the following measures: 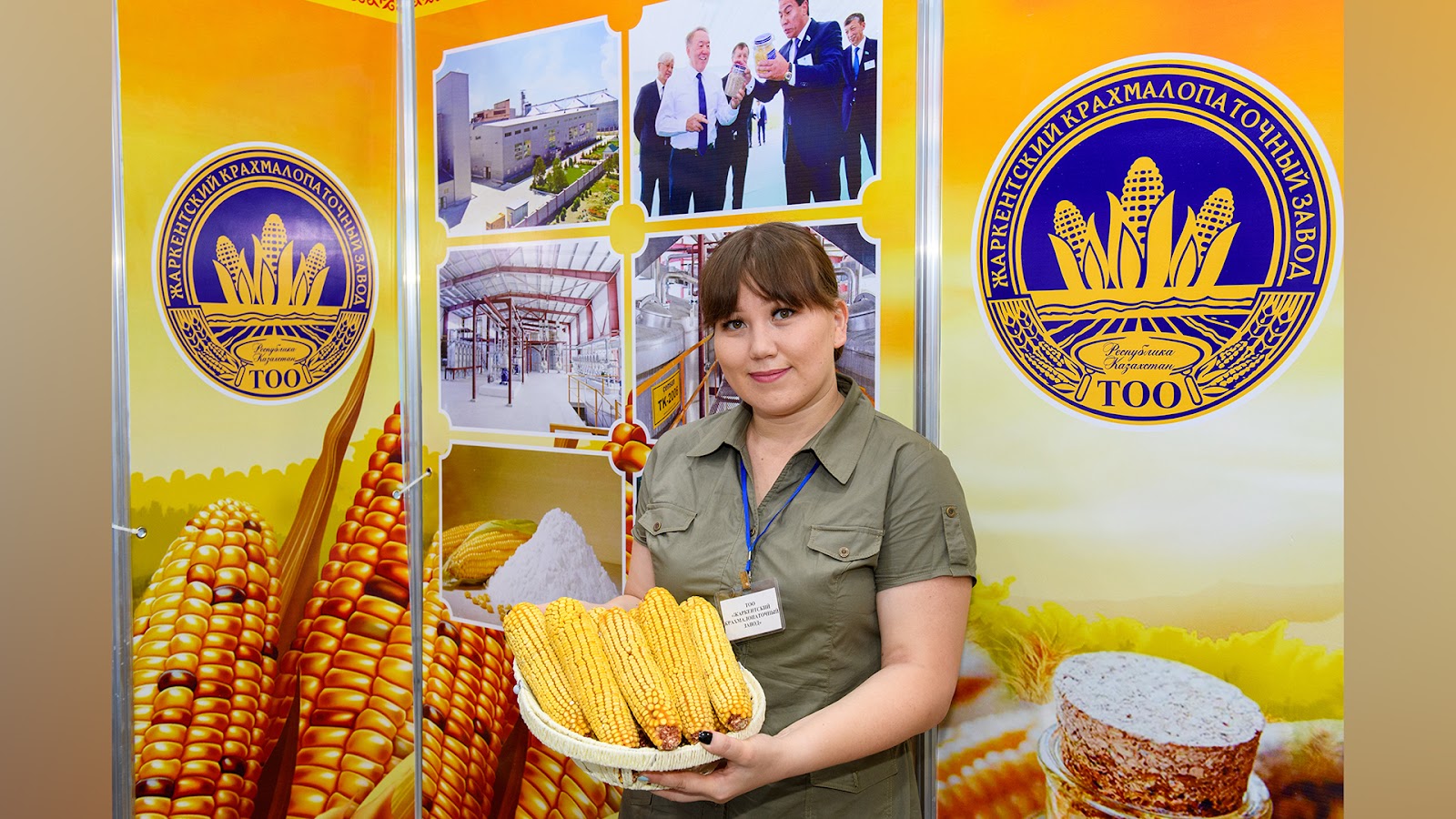 In general, the implementation of the above measures will increase the gross crop production to 3.1 trillion tenge, that is, to the planned indicators.

This year livestock production volumes will be increased: 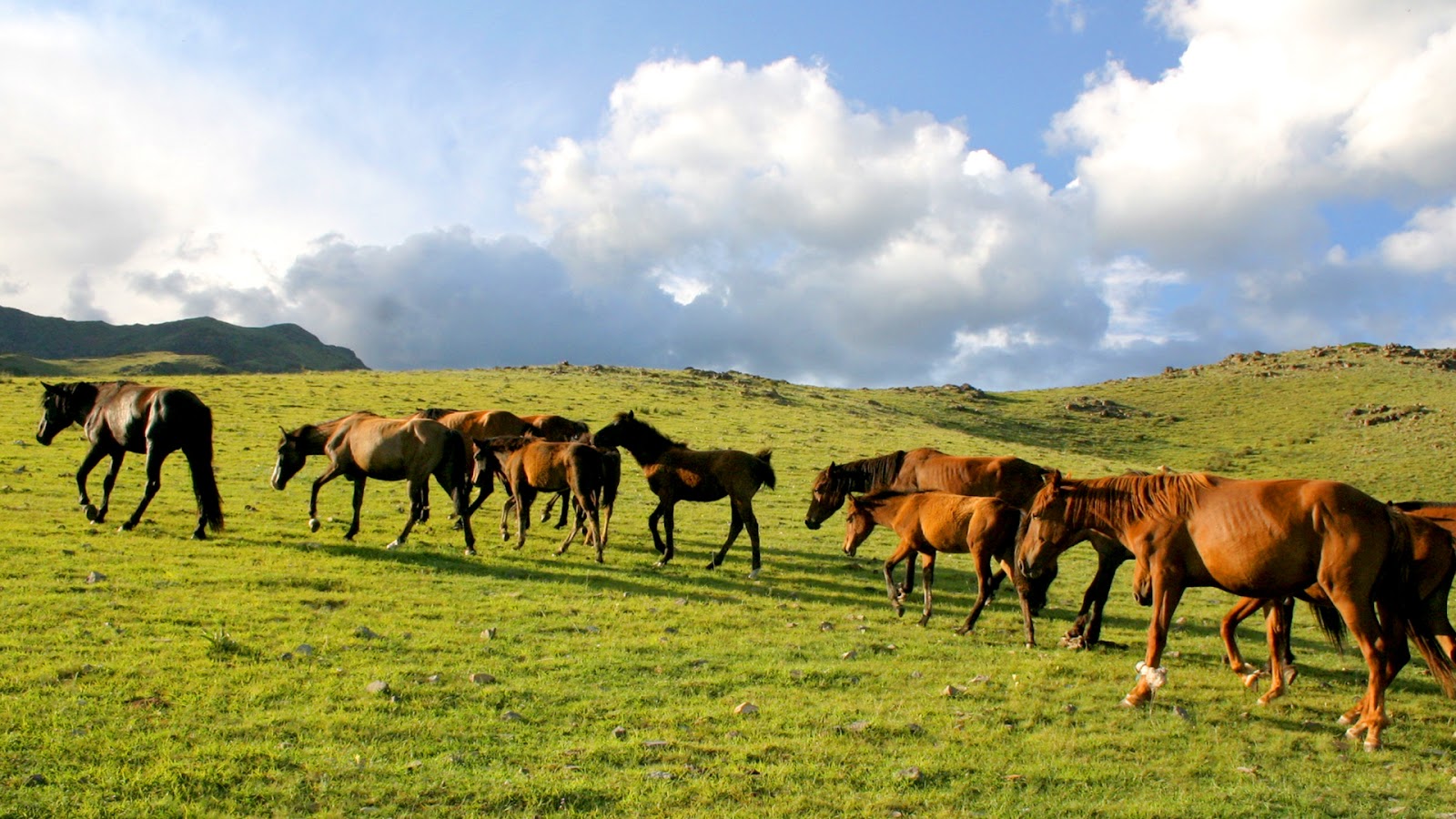 This will be achieved by increasing livestock by an average of 5%. In addition, the measures taken on time in 2019 are positively affected by the growth dynamics, so a good start was made to commission and expand production capacities.

This year, additional measures will be taken to create conditions for the development of animal husbandry. So eight poultry farms with a production capacity of 88 thousand tons of poultry meat will be introduced, which will reduce the share of imports from 44% to 39%. 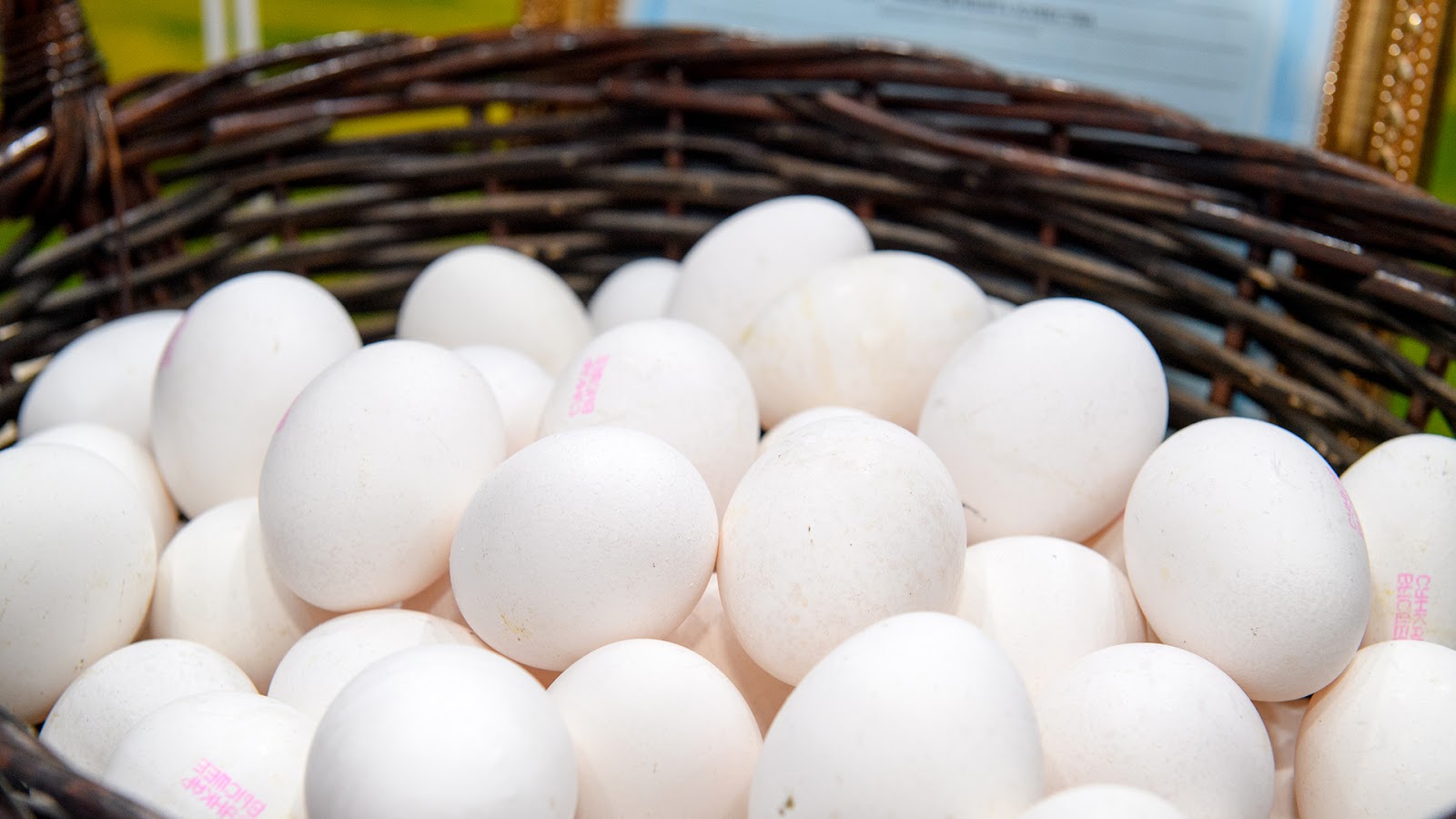 It is planned to implement the construction of 25 industrial and 30 family dairy farms with the production of 114 thousand tons of raw milk.

Financing has begun for the creation and development of small farms for the purchase of cattle and small cattle, that is, the foundation for the development of the raw material base for the meat cluster will be laid. 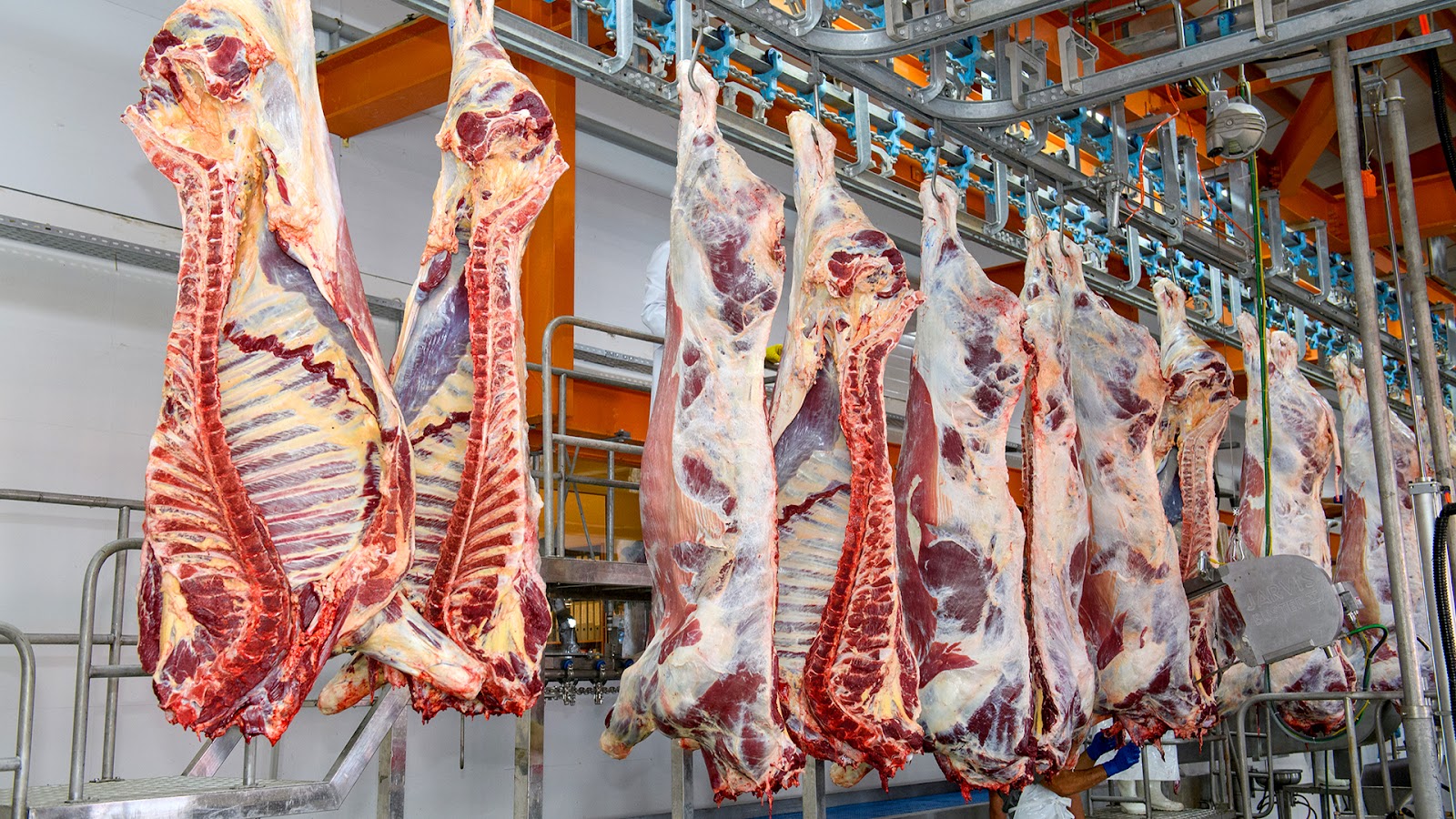 Due to the above measures, the growth of gross livestock production up to 2.6 trillion tenge will be ensured. 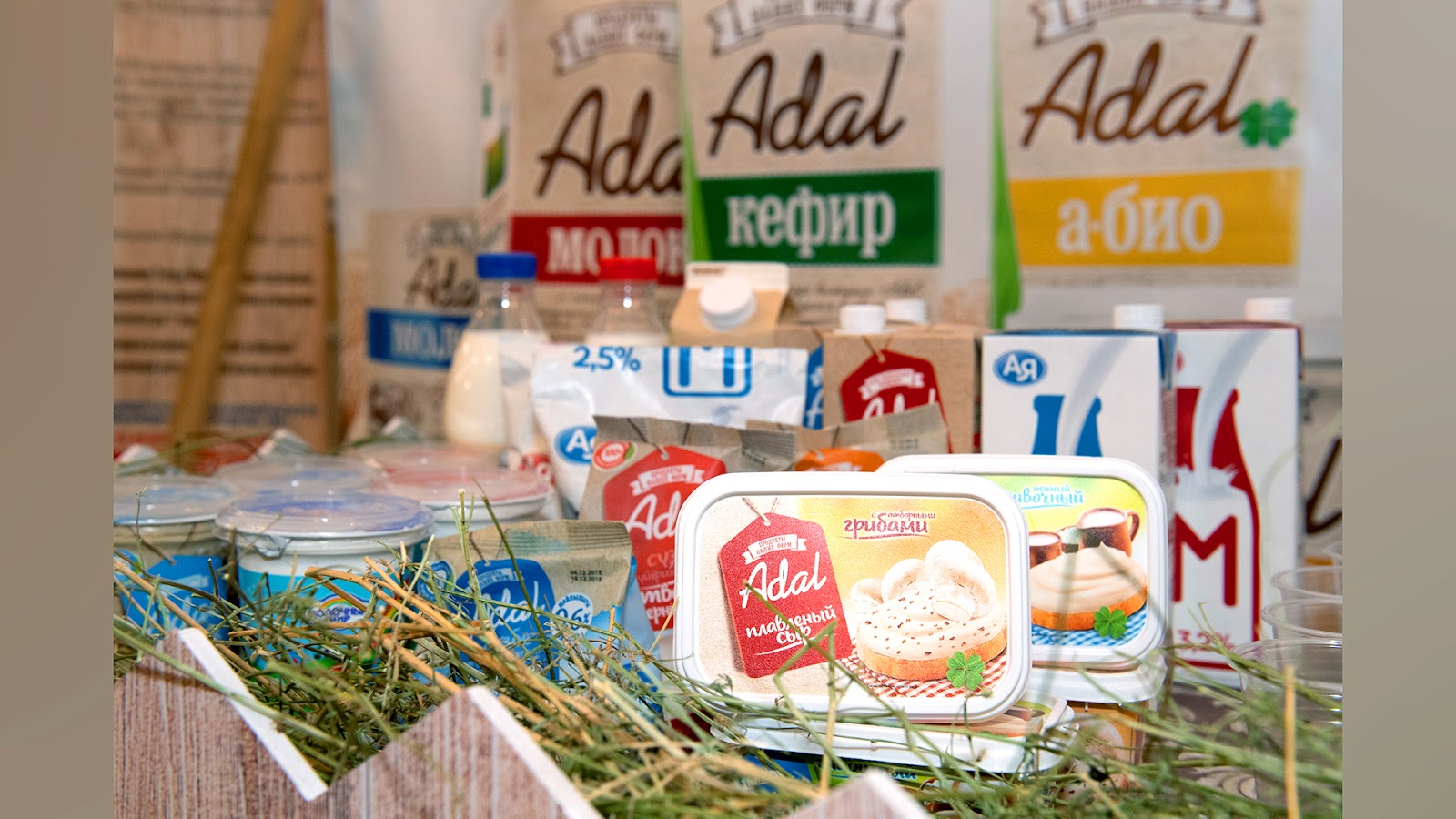 Since 2020, legislative compulsory insurance in crop production has lost force in favor of the voluntary insurance system in the agricultural sector. Since June of this year, the Ministry has adopted all by-laws on voluntary insurance. The operator, represented by the Fund for Financial Support for Agriculture, launched insurance products for which a 50% subsidization of part of the insurance premium is provided.

To involve second-tier banks in financing agriculture, including under the Economy of Simple Things program, a new loan guarantee tool has been developed for priority sectors of the agro-industrial complex. 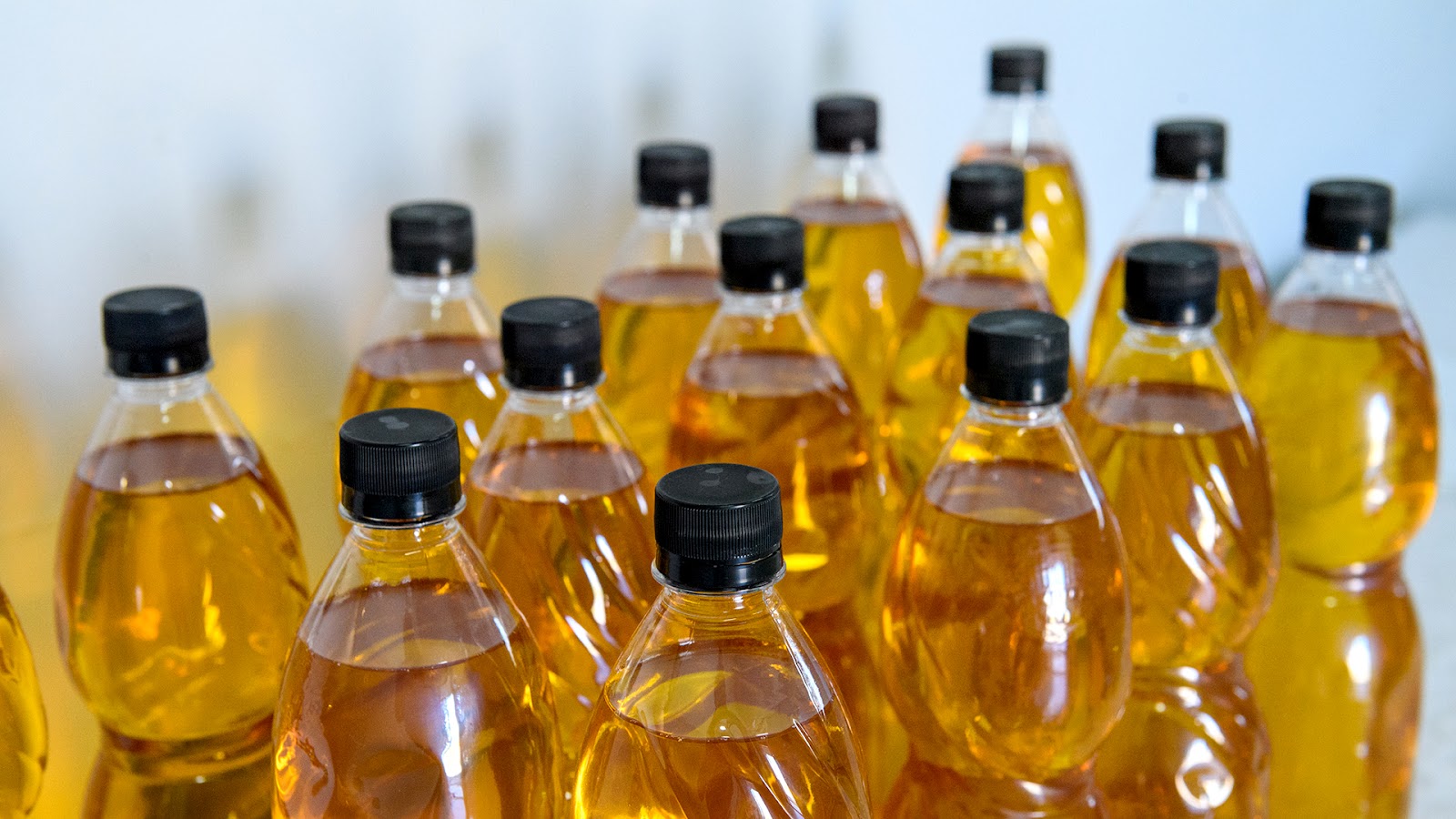 The guarantee is carried out by the Fund for financial support of agriculture on the following conditions: guarantee of up to 50% for loans of up to 3 billion tenge.

Priority investment projects will have a guarantee of up to 85% prior to launching the project. After the project is put into operation, the size of the guarantee is reduced to standard conditions (50% for loans to 3 billion tenge).