Technological upgrade, investment inflow, innovation boom, or how Kazakhstan made an industrial breakthrough At the beginning of its independent formation, Kazakhstan took a course towards general industrialization. A special direction of development was the manufacturing industry, which subsequently will become the main driver of the country's industry growth. During the years of industrialization, thousands of new modern high-tech industries were created, which ensured the release of hundreds of types of new products and contributed to the creation of thousands of jobs. On the eve of Industrialization Day, the editorial board of PrimeMinister.kz prepared a review of the implementation of the industrial policy of Kazakhstan over the years of independence. 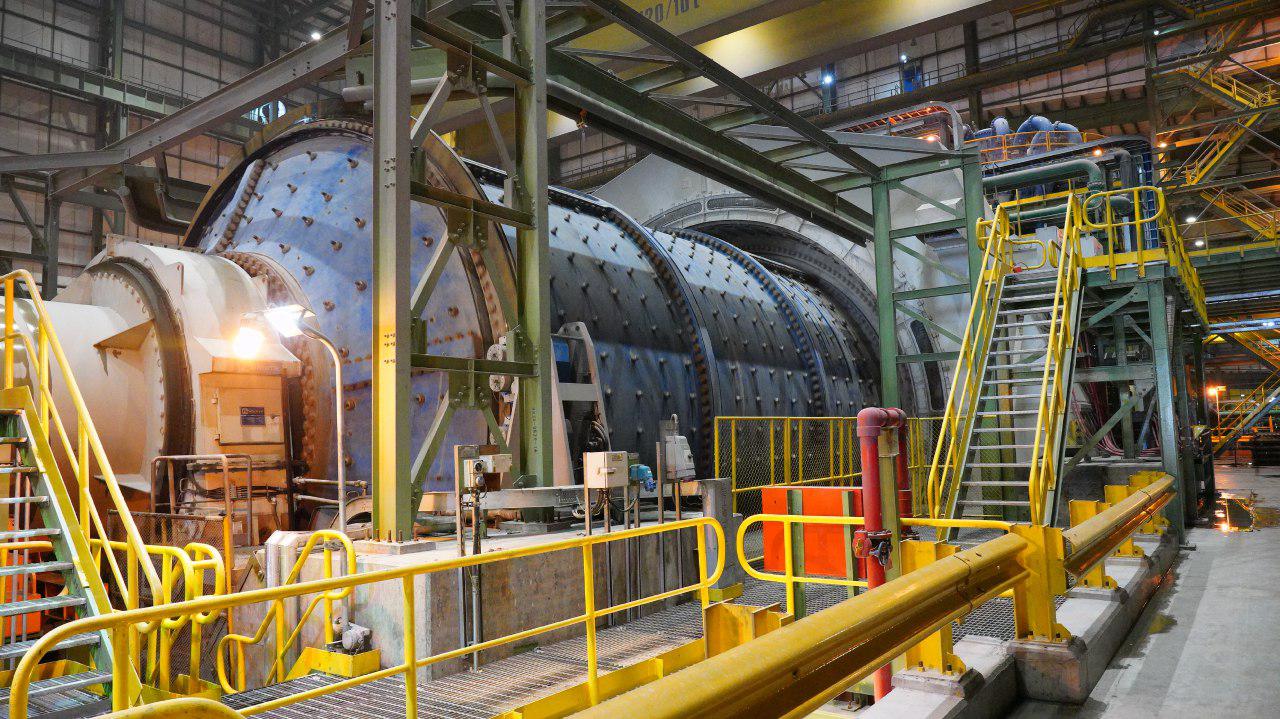 Industrialization in 2010 and Now: Where It All Started

Under the program of the first five-year industrialization plan (2010-2014), the state targeted all the main sectors of the economy, including industry, agriculture and the services sector. At that time, the goal of the program was to make the economy more stable in times of crisis in the world. 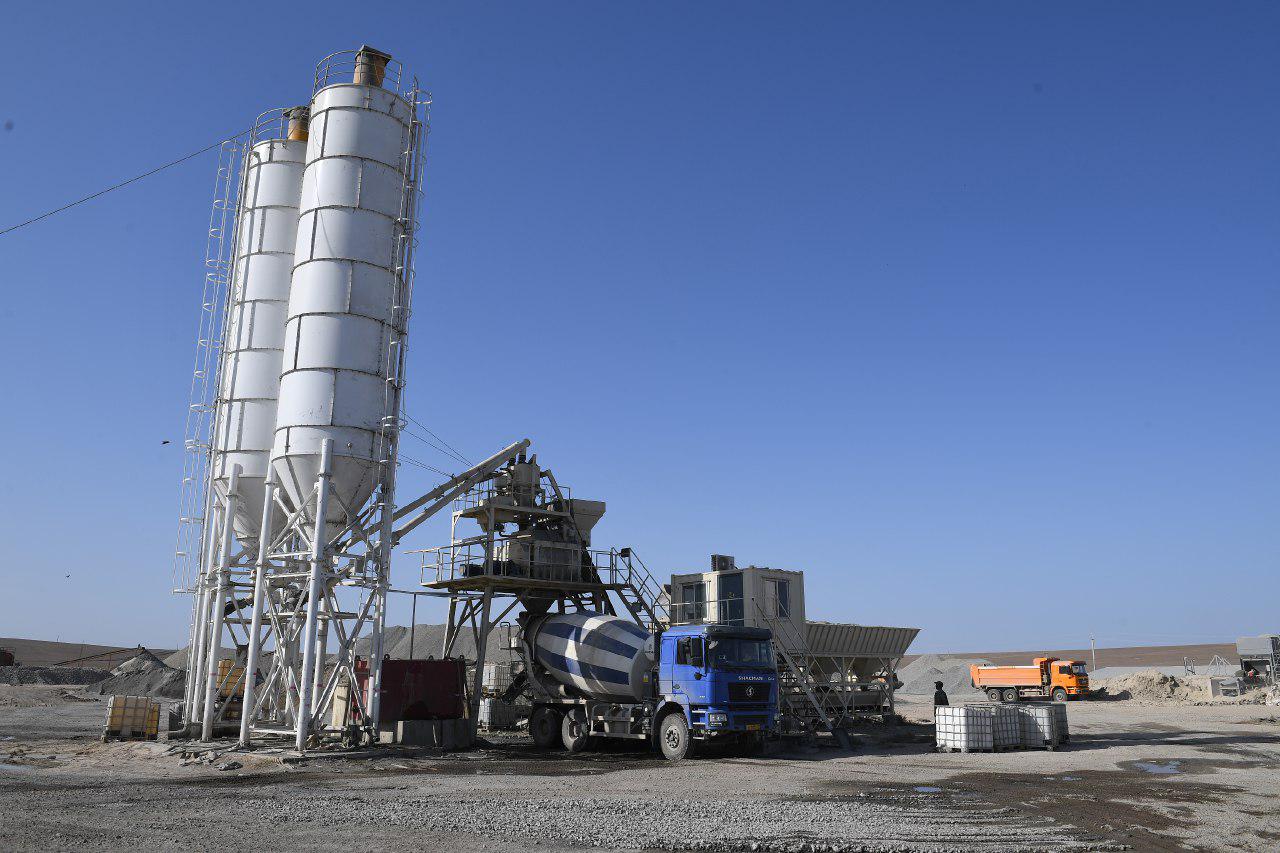 The State Program of Accelerated Industrial and Innovative Development (2010-2014) included most of the system-wide directions for the development of the state, such as the development of entrepreneurship and SMEs, industrial infrastructure, employment, and the creation of a favorable investment climate. The program includes almost all industries, including the raw materials sector, and infrastructure development, thus indicating a broad focus of priorities. 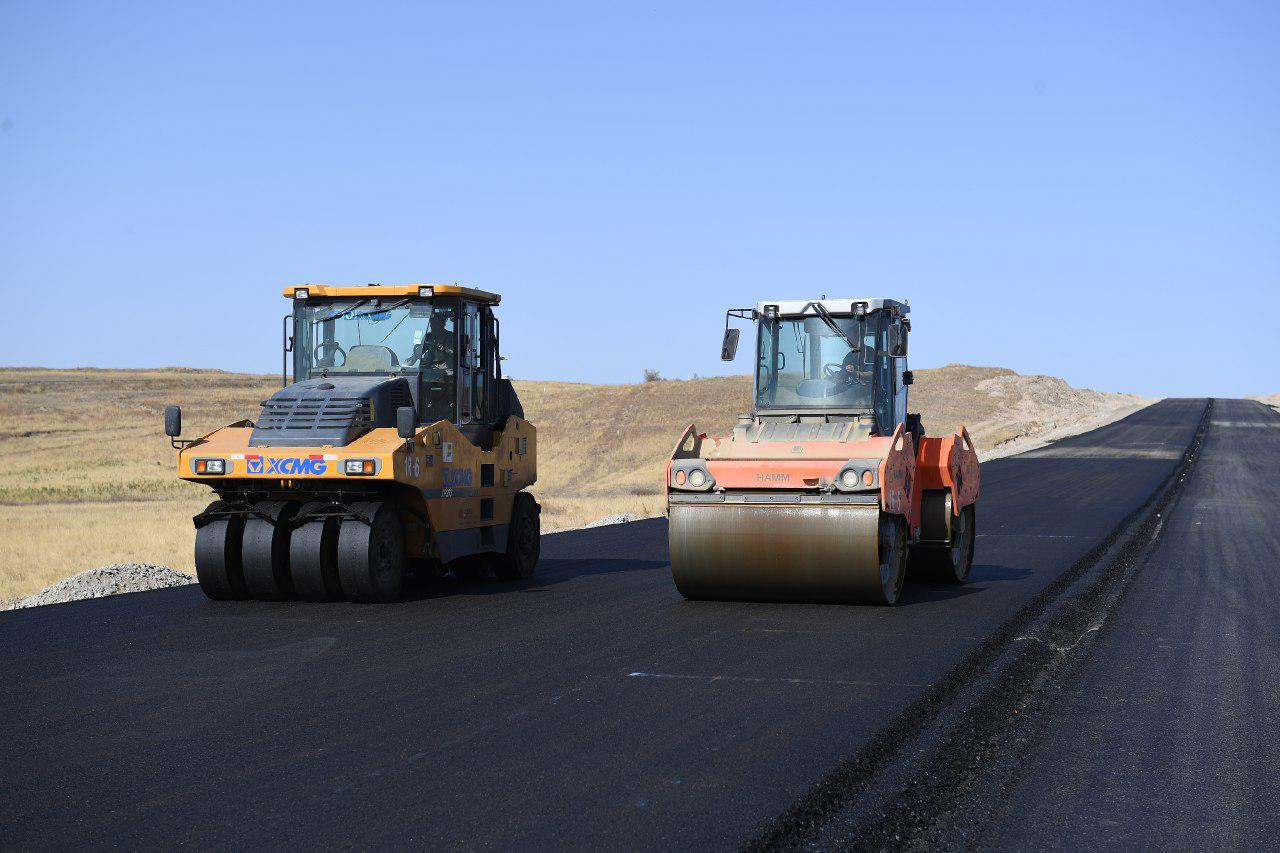 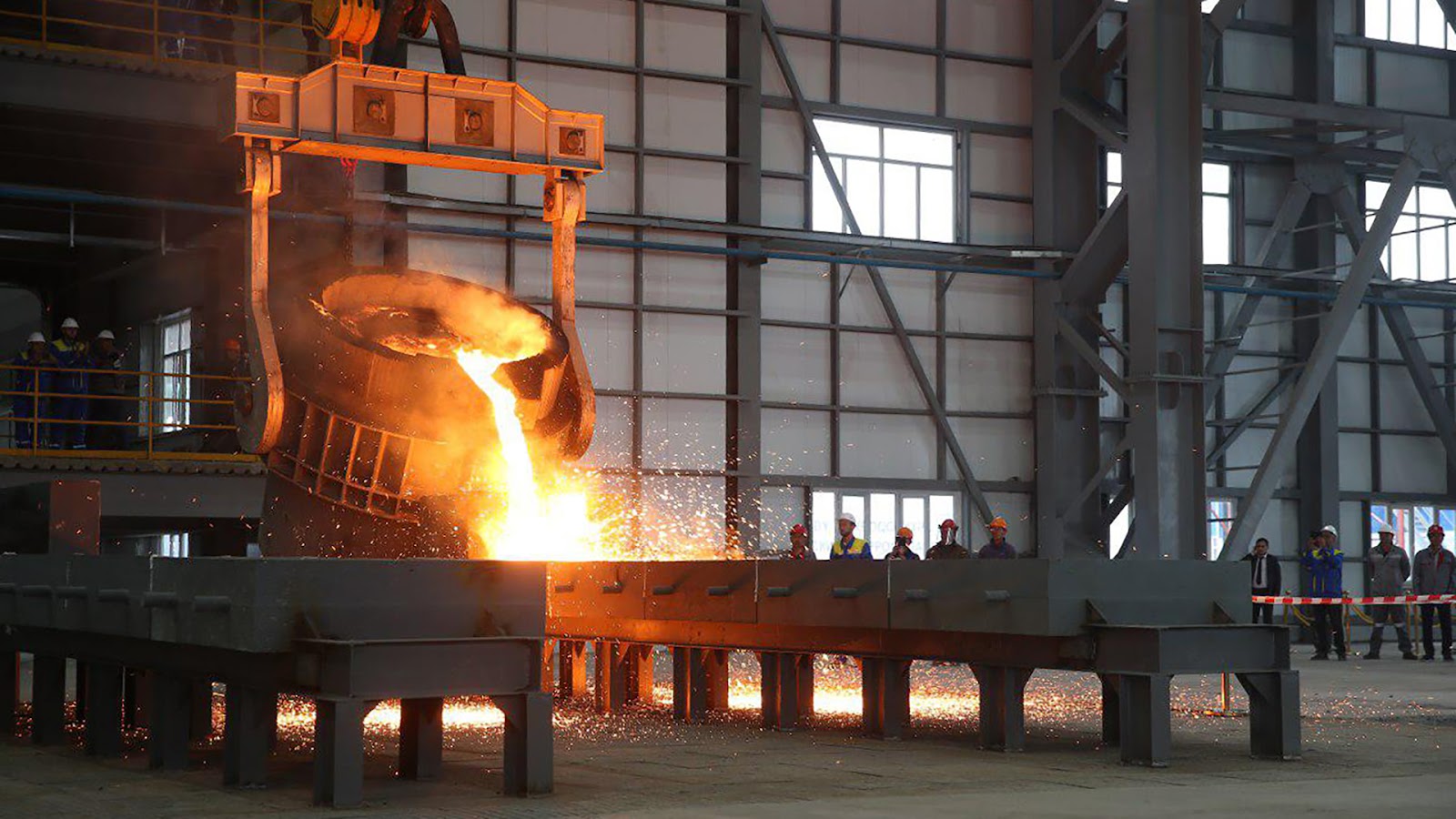 To support the business, the following programs were adopted: Productivity 2020, Investor 2020, Business Roadmap 2020. Dozens of new support tools have been developed and launched – soft loans and leasing, innovative, export grants, service support, etc. To date, about 100 support tools are available to private entrepreneurs.

The second “five-year plan” (2015-2019) was focused on the manufacturing sector specifically, as the sector most resistant to external economic shocks and having the potential to become a “safety cushion” for the Kazakhstani economy. Within the framework of this five-year plan, 14 priority sectors of the manufacturing industry were identified, on which support tools focused.

For 2010-2018, a framework was formed for the development of the manufacturing industry. So, new growth points appeared as a result of the implementation of 1,250 projects worth 7.9 trillion tenge and the attraction of 29 investors from the Global-2000 / TNK list. An effective basic industry has been created through the modernization of 35 enterprises, the emergence of new areas of the economy and new goods with high export and innovative potential. 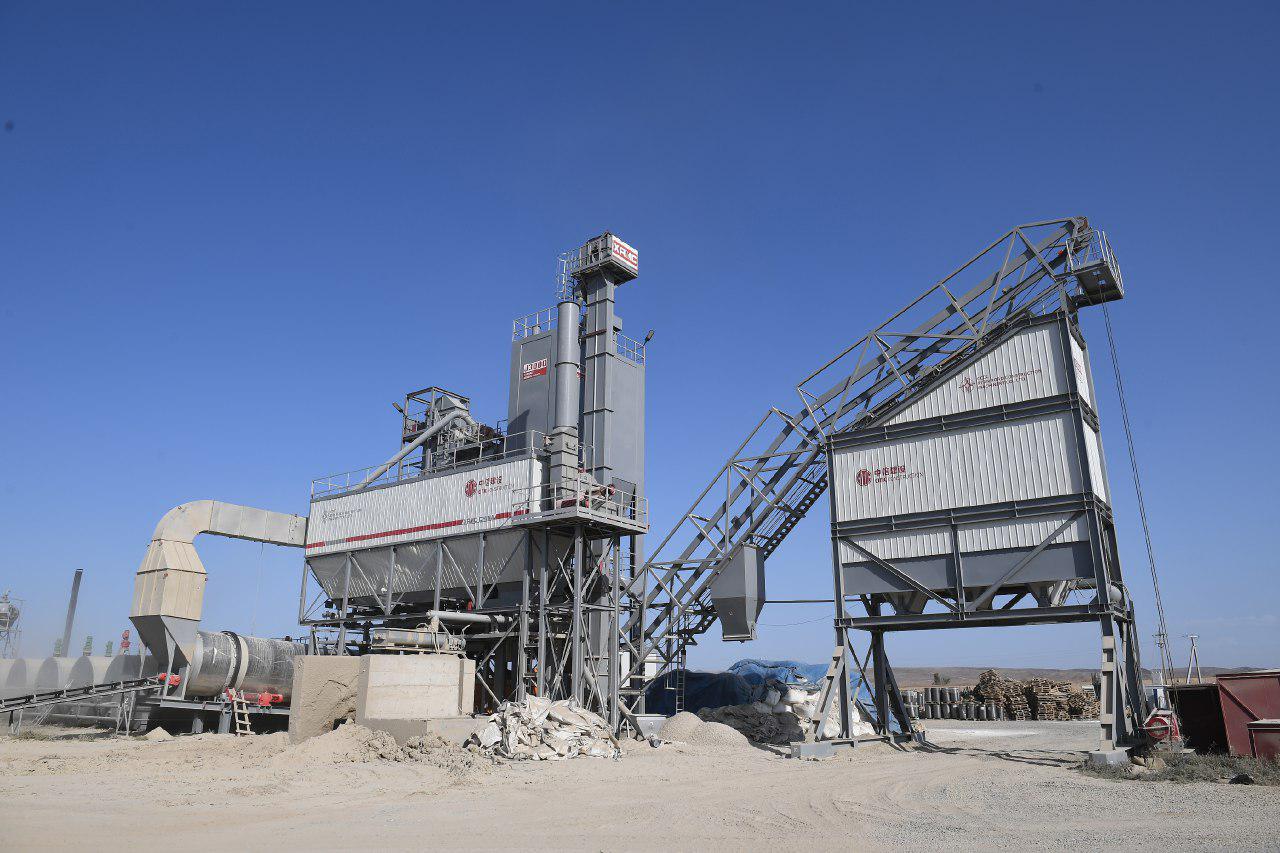 It should be noted that the plan for investment in fixed assets in the manufacturing industry in the amount of 4.5 trillion tenge was executed. 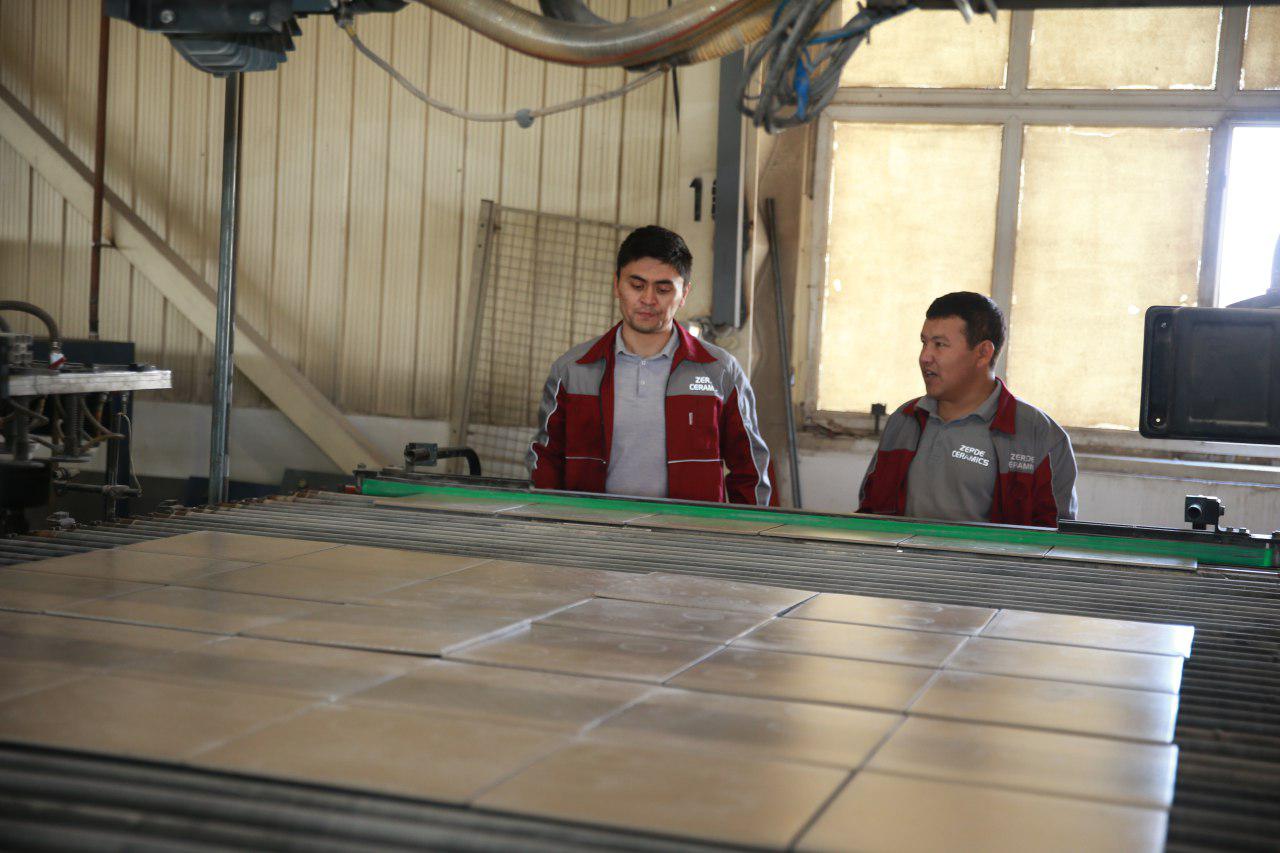 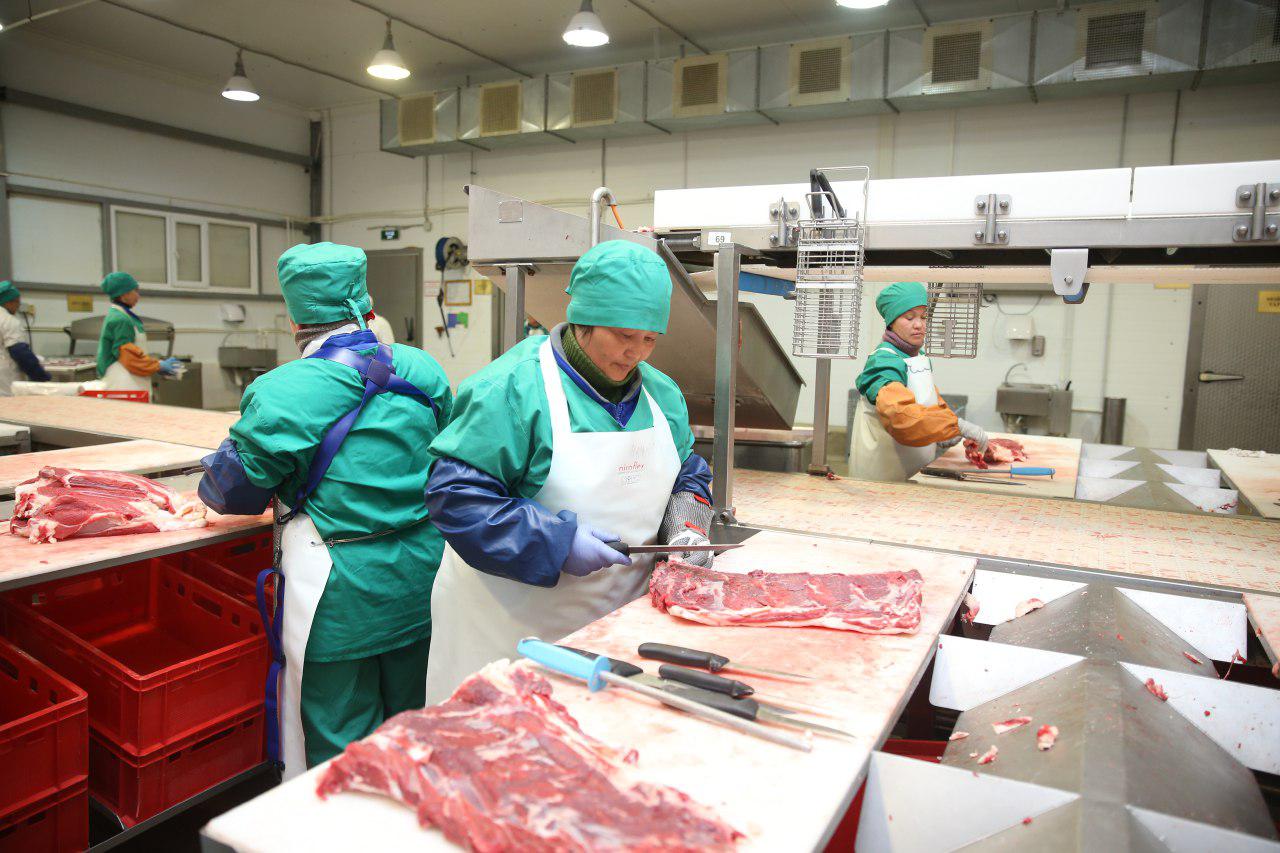 The distribution of investment in manufacturing by region of the country depends on industry specialization and the geographical concentration of industrial enterprises. Most investments in fixed assets are made in those regions where large enterprises of the basic industries of the manufacturing industry (metallurgical and oil refining) are located – these are Pavlodar, Karaganda, Turkestan, Atyrau regions.

Today, the implementation of the State program of industrial and innovative development for 2015–2019 is under special control of the Government. It was in 2015 that the implementation of the SPIID began, which became a logical continuation of the first five-year period of industrialization and part of the country's economic policy. The main goal of the program is to stimulate the competitiveness of the manufacturing industry, increase labor productivity and increase exports of processed goods.

Over the years, new state programs, support measures, targeted investment policies and technological re-equipment of industry have appeared, which are designed to help the country effectively go the third way of modernization. The stake is on human resources: mass entrepreneurship and effective employment are hundreds of thousands of new jobs and a competitive nation. 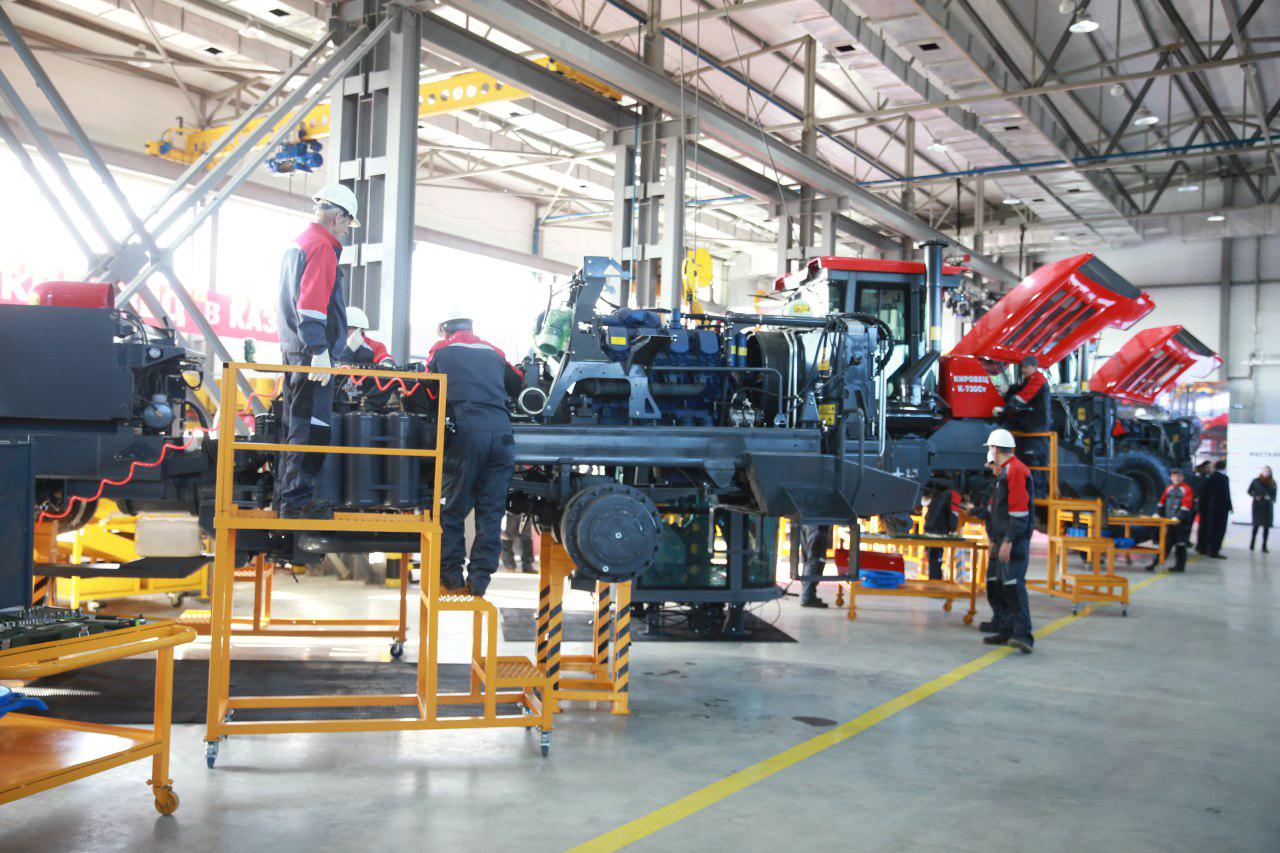 Since 2015, over 500 new industrial projects of the Industrialization Map have been introduced with an investment volume of about 5 trillion tenge. As a result of the launch of these projects, more than 80 thousand permanent jobs were created.

From 2015 to November 2019, Production of Manufacturing Industry Reached 42.9 Trillion Tenge 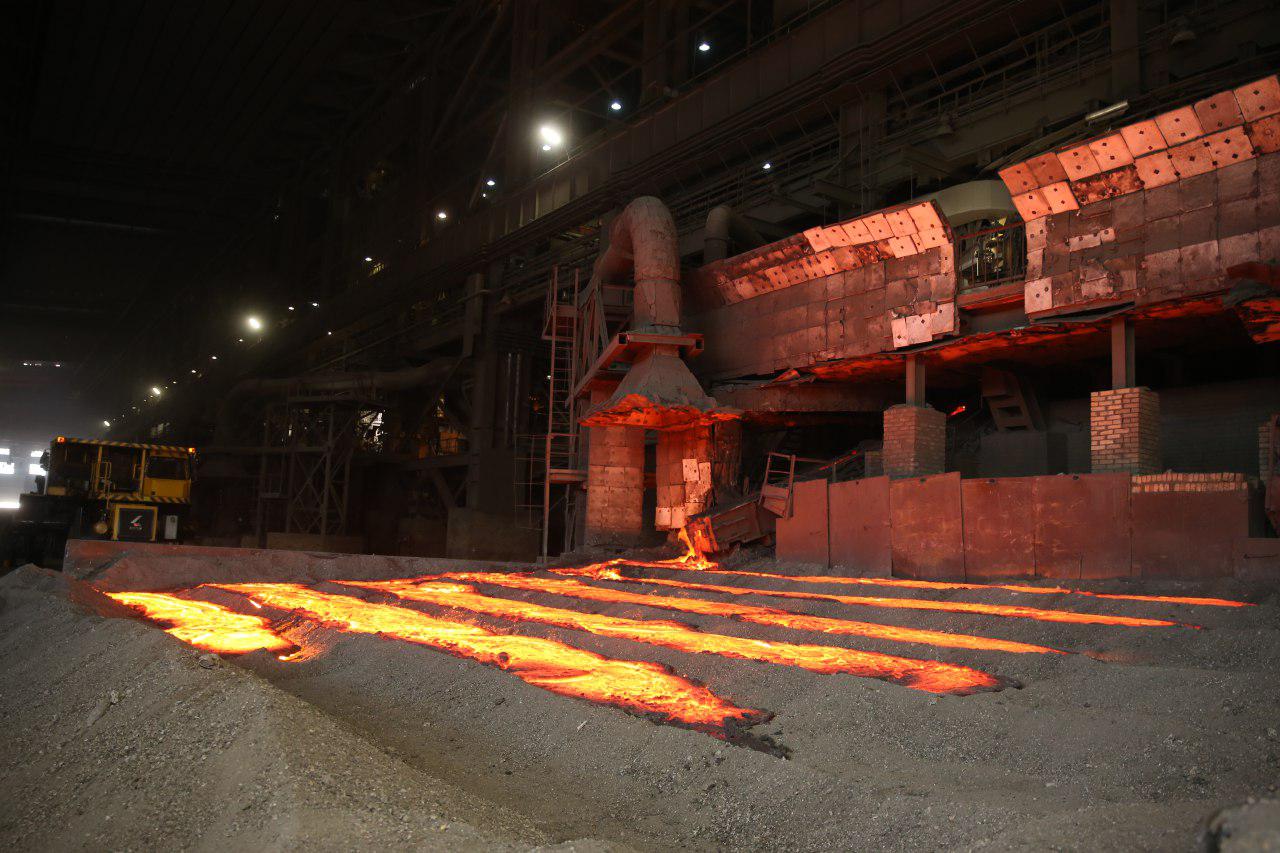 During the years of industrialization (from 2010 to 2019), the production of 500 new types of products that were not previously produced in Kazakhstan was mastered: freight and passenger cars, electric locomotives, trucks, cars and buses, transformers, X-ray equipment, LED lights, titanium ingots and slabs, medicines and others. 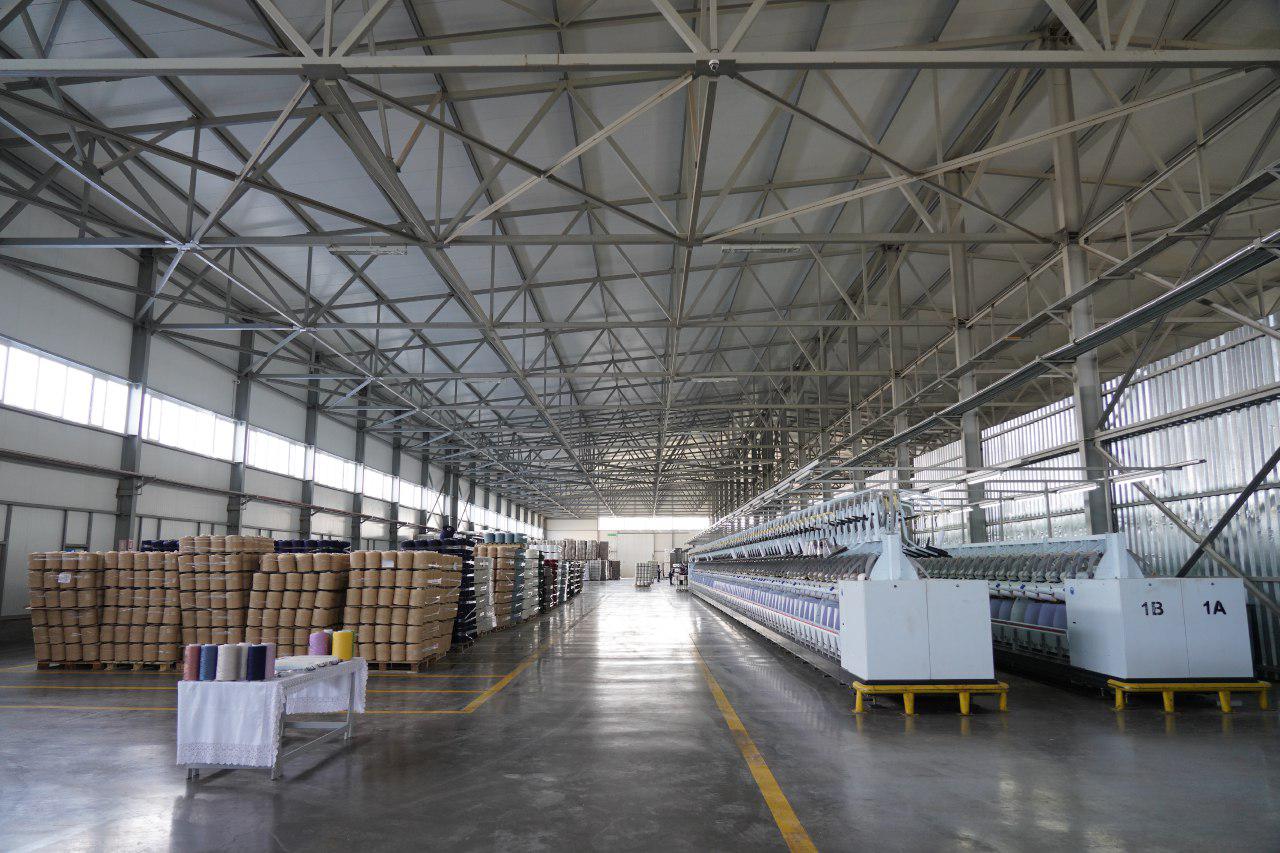 During the years of industrialization, 54 projects have been implemented in the chemical industry, more than 4 thousand jobs have been created. Significant projects made a significant contribution to the development of the industry and expanded the assortment of manufactured products not previously produced: caustic soda, sodium hypochlorite, detergents, new types of paints and varnishes, explosives, agricultural chemistry, etc. (JSC Caustic in Pavlodar region, LLP Kazphosphate in the Zhambyl region, KazAzot LLP in the Mangystau region, Talas Investment Company LLP in the Zhambyl region). 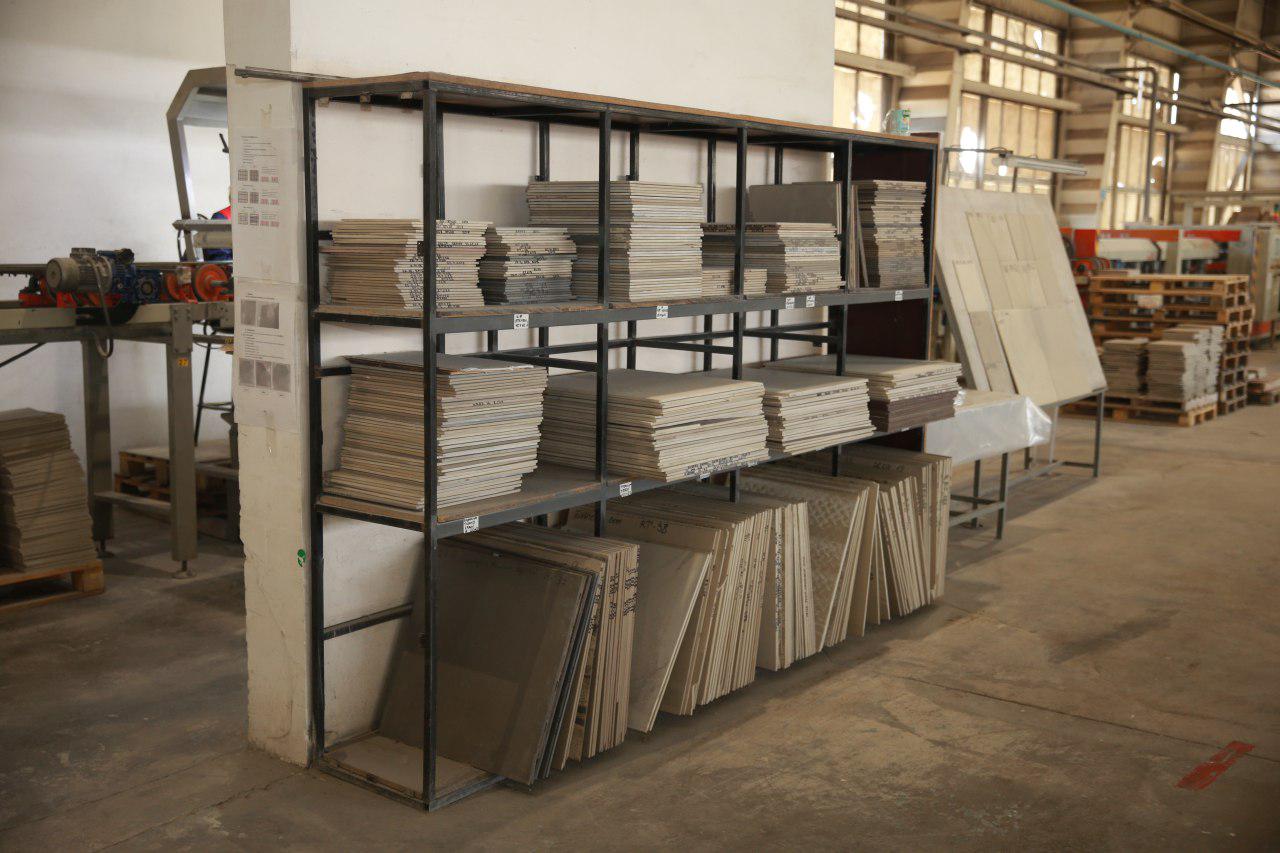 Also, 302 new manufactures totaling 458.8 billion tenge were put into operation for the production of building materials, more than 20.3 thousand jobs were created.

Over the Years of the Implementation of Industrial Programs, Domestic Enterprises Exported $163 Billion of Manufactured Products

In terms of goods, the largest export volumes of manufacturing industry were in three groups of industries – metallurgy, coke and petroleum products, and chemical products. This is followed by food and drinks, as well as engineering products.

Over the years of industrialization, production has been increased and new non-oil export items for 70 goods have been generated, the amount of which exceeds $1 million. So, if in 2010 batteries were not supplied to foreign markets, in 2018 their export value amounted to $60.1 million .

Today the country is one of the world leaders in the supply of certain types of ferroalloys, yellow phosphorus, flour, cottonseed oil. 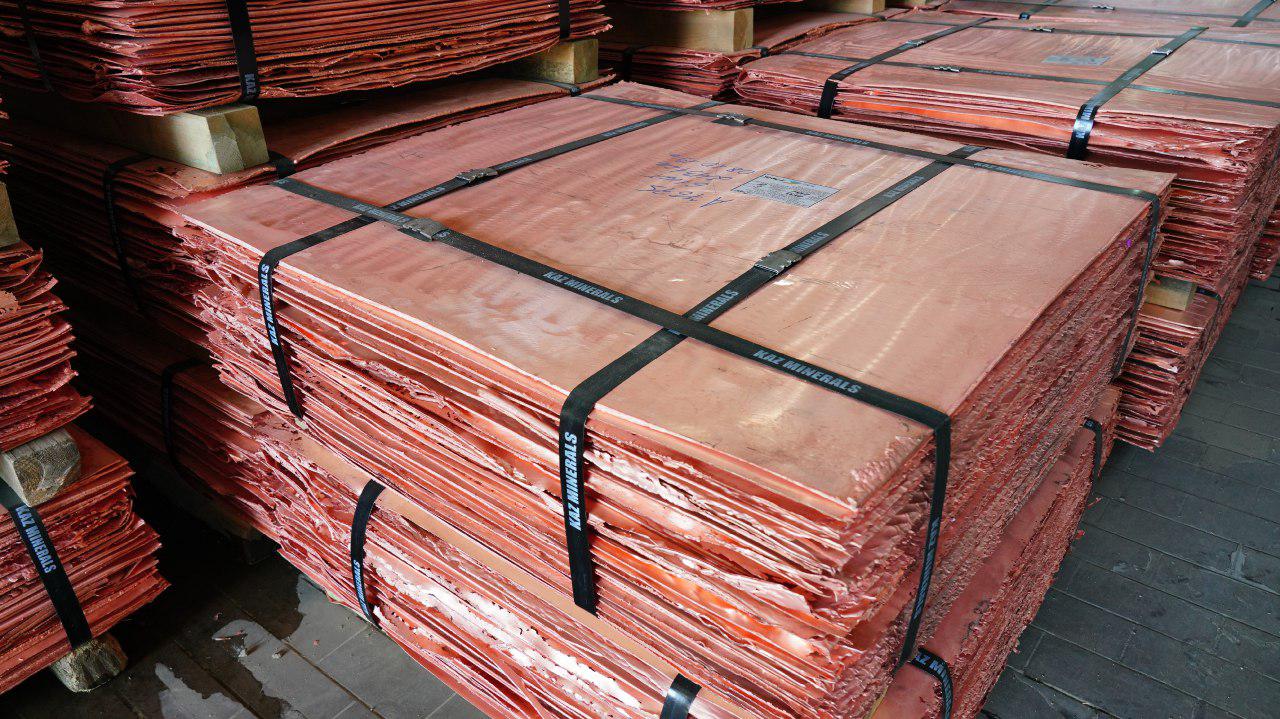 Today, systemic support for the manufacturing industry continues through the development of the necessary industrial infrastructure – 13 special economic zones have been created, three of which already have full infrastructure readiness.

13 zones were created in 11 regions. Currently, the ministry is considering proposals of akimats on the creation of an additional three new free economic zones: in the cities of Kostanay, Aktobe and Baikonur.

In nine regions of the country, 23 industrial zones have been created.

In the territories of special economic zones for the entire time of their functioning (from 2002 to 2019) 185 projects have been launched, 46 of which are with foreign participation. As a result of the implementation of these projects, 15.6 thousand jobs were created, tax revenues to the budget amounted to 167 billion tenge. 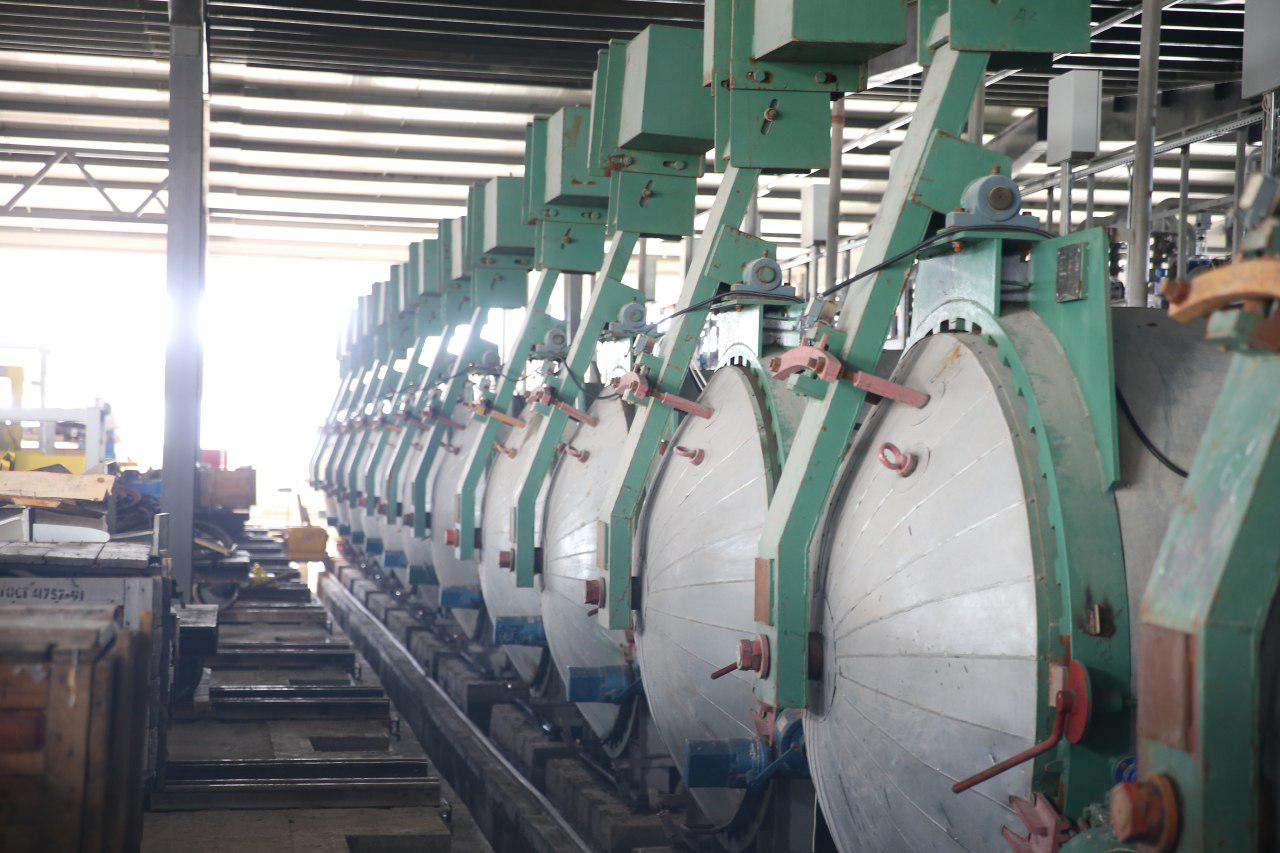 Of the existing free economic zones, it is possible to single out PAVLODAR SEZ as an effective one, where aluminum production with a higher redistribution of finished products is developing. Successfully implemented cooperative ties between functioning enterprises.

Today, 1 budget tenge of SEZ has attracted more than 14.2 tenge of investments. 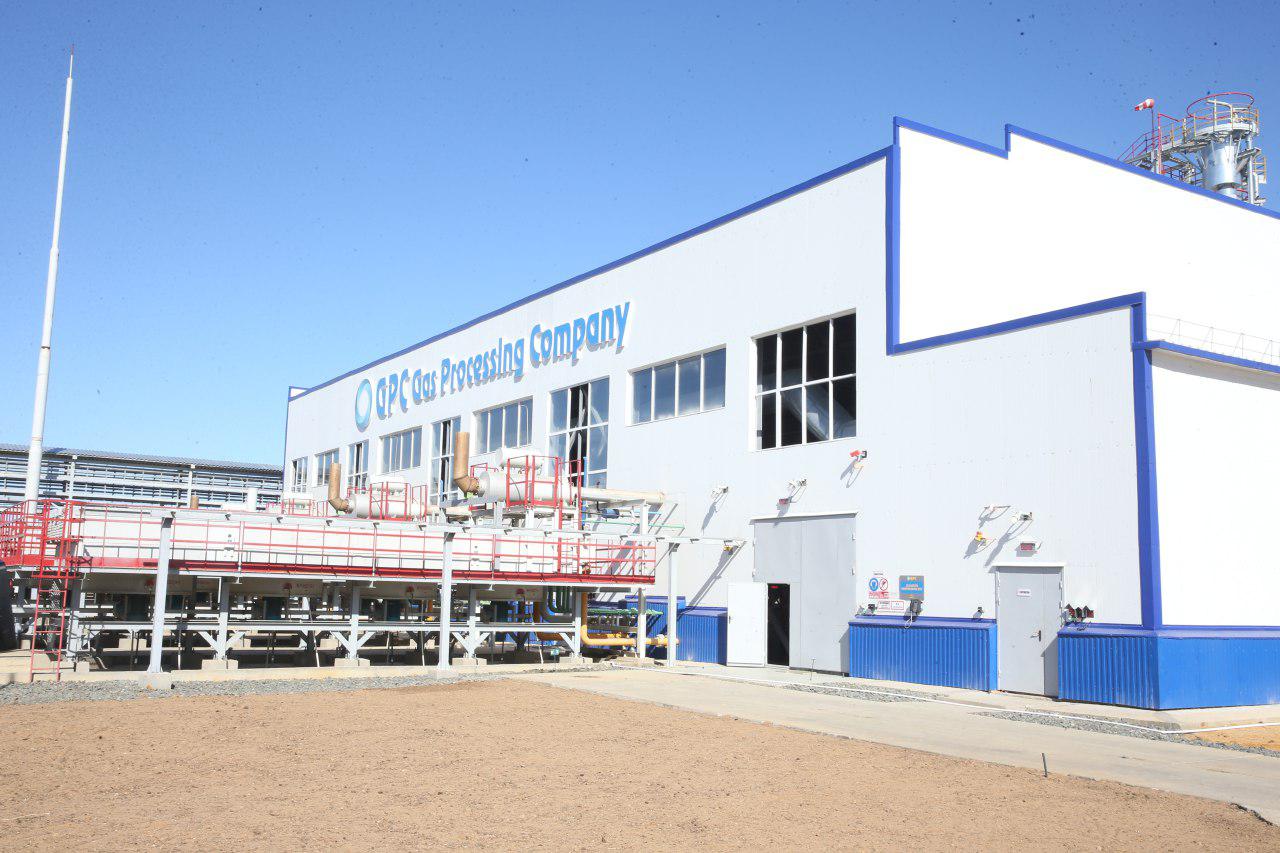 A great example is the ONTUSTIK SEZ, where 3.5 tenge of investments were attracted for 1 budget tenge. A textile cluster has been formed where SMEs are also concentrated. SEZ functions independently, without state support.

Taxes from the manufacturing industry over the years of industrialization increased 2.9 times (tax growth amounted to +844 billion tenge).

During the same period, taxes from the transport and storage sectors grew 3.1 times, trade and HoReCa 1.2 times, and agriculture 2.2 times.

From 2010 to 2018, $32.8 billion of foreign direct investment was attracted to the manufacturing industry, which is 15.8% of all attracted investments in the total investment.

The volume of exports of manufacturing products from 2010 to 2018 amounted to $154 billion. 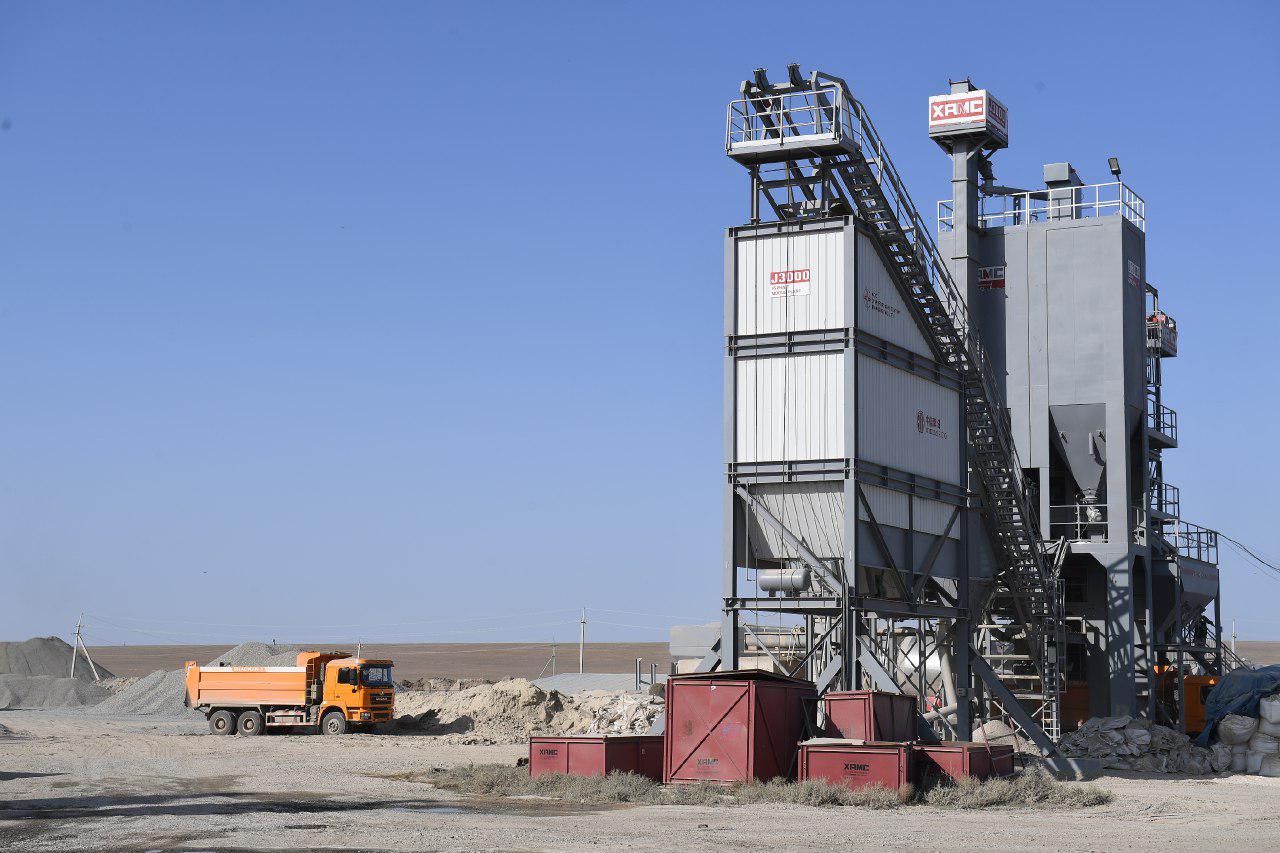 It is worth noting that in 2018, 19 operating enterprises for the production of food, building materials, chemical and light industry products, metallurgy, engineering, oil refining for a total of more than 736 billion tenge were modernized and expanded in eight regions of the country. These are modernization and reconstruction of the Shymkent Oil Refinery, Oxygen AZOK LLP, KBS Engineering LLP, Astana Ceramic LLP, VERF-Stroy LLP, Bread Factory No 7 LLP, Maker LLP, etc. 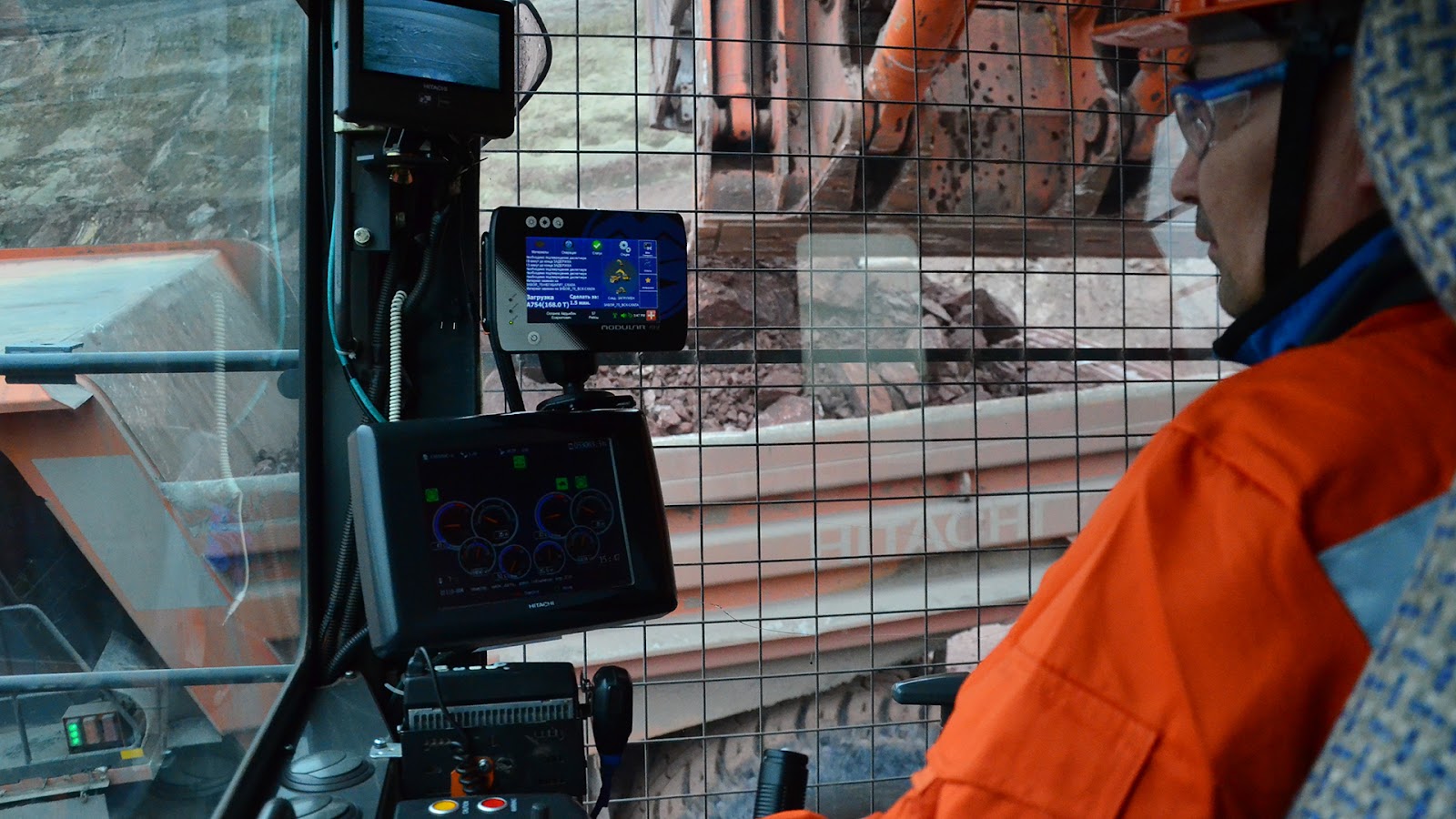 As part of the digitalization of the mining and metallurgical complex, 53 projects are being implemented; as of Nov. 15, 2019, 22 projects were commissioned.

ArcelorMital Temirtau JSC initiated the implementation of thre projects. This year the project was completed – tracking and accounting of coal from the mine to the consumer using the Coal Tracking System, the effect is the reduction of coal losses.

Kazakhmys Corporation LLP is implementing four projects. In May 2019, the company commissioned a telecommunications infrastructure as part of the project “Personnel and Transport Positioning System at 67 Mine.” The system reflects all technological processes in real time, this allowed to increase the safety of mining operations, to eliminate equipment downtime.

The company JSC Varvarinskoye implements 6 projects until 2021. In 2018, it completed the implementation of two projects at the gold recovery and concentration plant: updating the software for storing MDC data (Manufacturing Data Collection) and implementing a program for generating an operational report on the operation of all PDA (Production data Acquisition) cycles.

RG Gold JSC is implementing three projects. This is the modernization of the analog-to-digital technological radio communication system at the production site of the field, the effect of the introduction of which is the organization of high-quality voice radio communication with coverage at any point on the production site, and dispatch communication to ensure the process at the enterprise. Implementation of a comprehensive solution for 3D modeling of deposits and planning of mining operations and automation of geological exploration.

Aktobe Copper Company LLP in 2018 upgraded the processing plant with elements of Industry 4.0, which made it possible to establish production for the deep processing of copper-zinc ore for the production of zinc concentrate.

Bogatyr Komir LLP plans to complete the dispatching project in 2020, which will increase the efficiency and reliability of mining equipment, coal quality, work safety, labor productivity and reduce operating costs.

What did the new Industrialization Program for 2020-2025 Prepare?

The goal of the new state program is to ensure the competitiveness of manufacturing in the domestic and foreign markets. To achieve this goal, the following tasks:

It is worth noting that, taking into account the experience of the two five-year SPIID, new approaches have been developed that contribute to the further development of industrialization in the country. 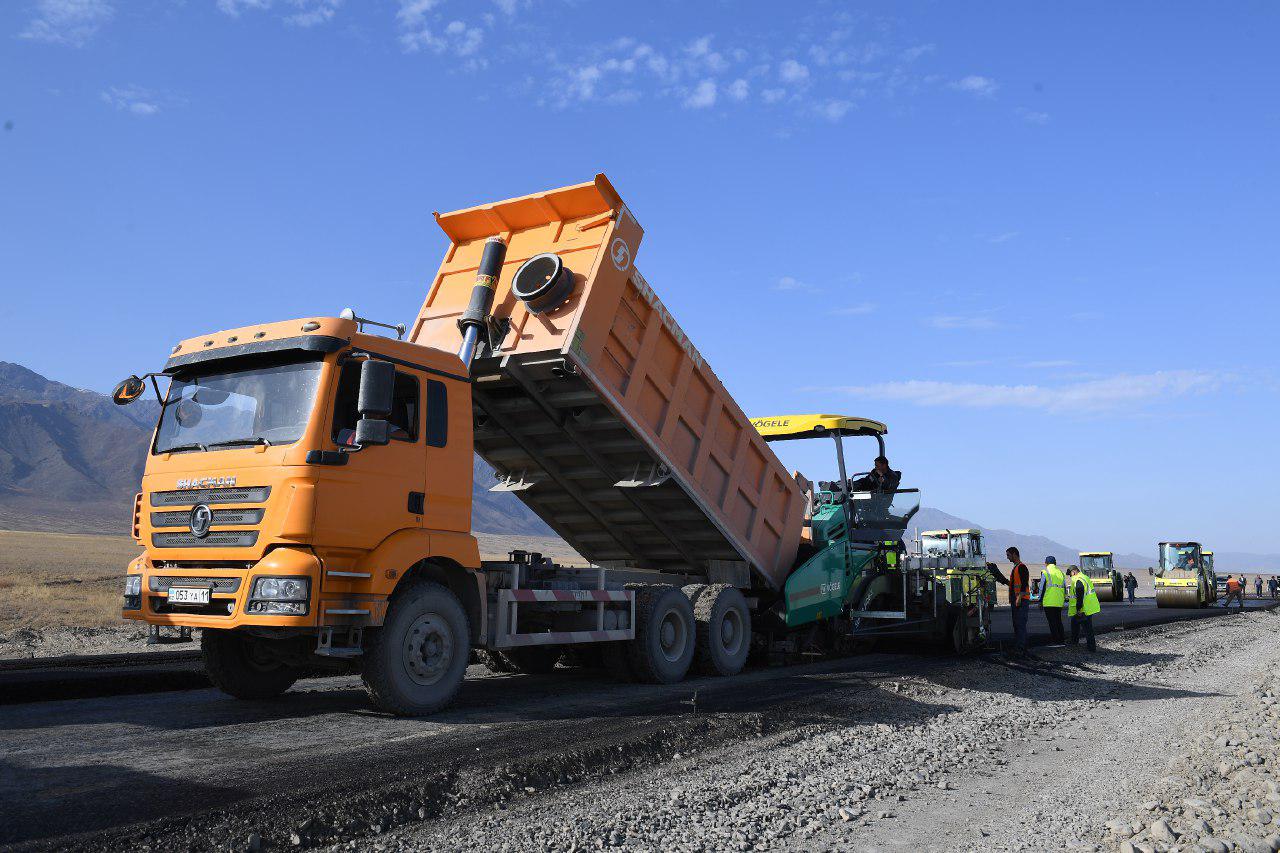 First of all, the emphasis will be placed on efficient enterprises in the manufacturing sector, focused on saturating the domestic market with quality products and exporting. It will also be important to move from disparate instruments of state support to a system of comprehensive development stimulation in exchange for counter obligations and business responsibility. In addition, it is necessary to take into account the transition from an industry principle to the identification of specific priority goods, as well as the emphasis on proactive integration into global value chains.

The implementation of these tasks will lead to the achievement of the following target indicators: