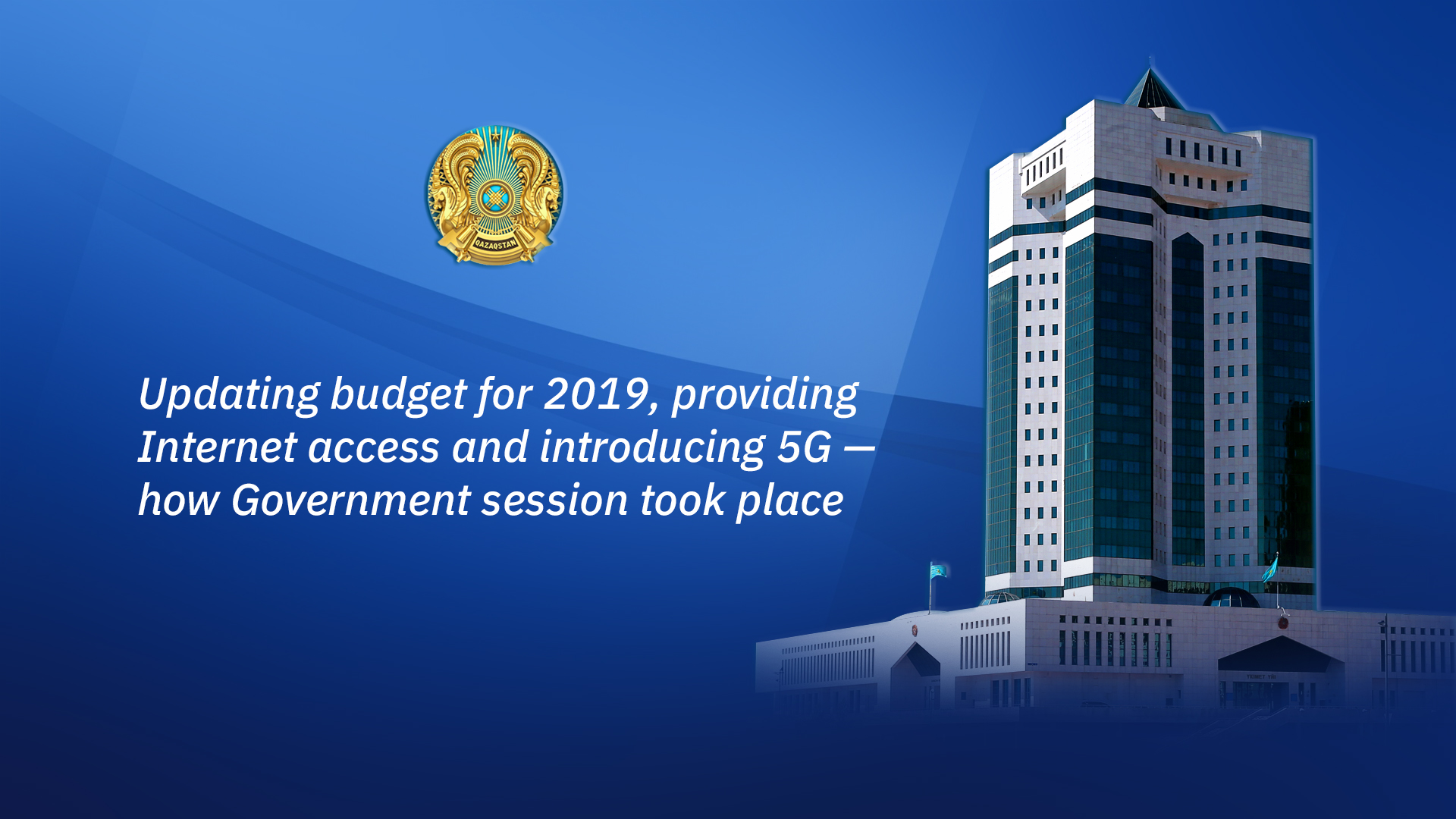 At the Government session that took place Oct. 1, 2019, the republican budget for 2019 was specified, the issues of providing broadband Internet access in the countryside and the development of 5G were also considered. Following the meeting, a press conference was held where the Minister of Digital Development, Innovation and the Aerospace Industry Askar Zhumagaliyev and Chairman of the Board of Kazakhtelecom JSC Kuanyshbek Yessekeyev answered the questions from media representatives.

During the refinement of the republican budget, the prime minister was informed that, taking into account the preservation of the main indicators of the Forecast of the Country's Socio-Economic Development for 2019, the specified revenues to the republican budget for 2019 will amount to 7,081.3 billion tenge, expenses — 12,028.1 billion tenge. This is a 3.8% GDP growth, oil production of 89 million tons. 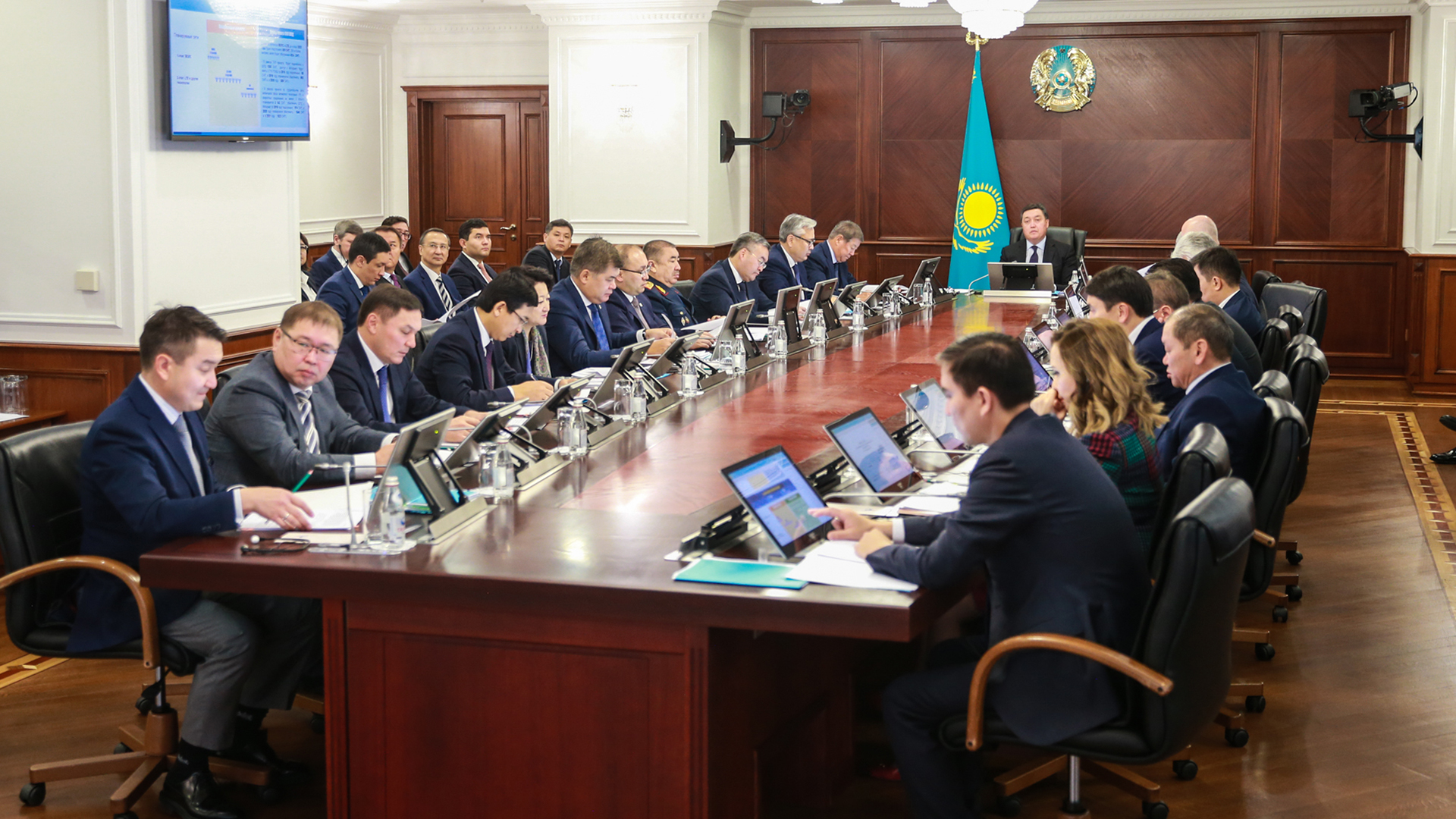 Askar Mamin noted that the adjusted budget revenues and expenses will cover the need for additional funding for solving social problems.

Additional sources of economic growth are planned to be created by redistributing funds to support the manufacturing industry, lending to Housing Construction Savings Bank JSC for housing loans to investors, reconstruction of irrigation and drainage systems of the demanded irrigated lands in Pavlodar and Aktobe regions, as well as the implementation of a pilot project for the development of rural cooperation in the Zhambyl region.

In the second part of the Government session, the issue of providing broadband Internet access in rural areas and the development of 5G was considered. Askar Mamin was informed that today in the country broadband access services are available in 117 cities and 3,324 rural settlements. In 2018, Kazakhstan took 21st place in the world ranking by the number of mobile subscribers. In Kazakhstan, the number of Internet users in 2018 amounted to 81.3% and Kazakhstan took 45th place in the world ranking. 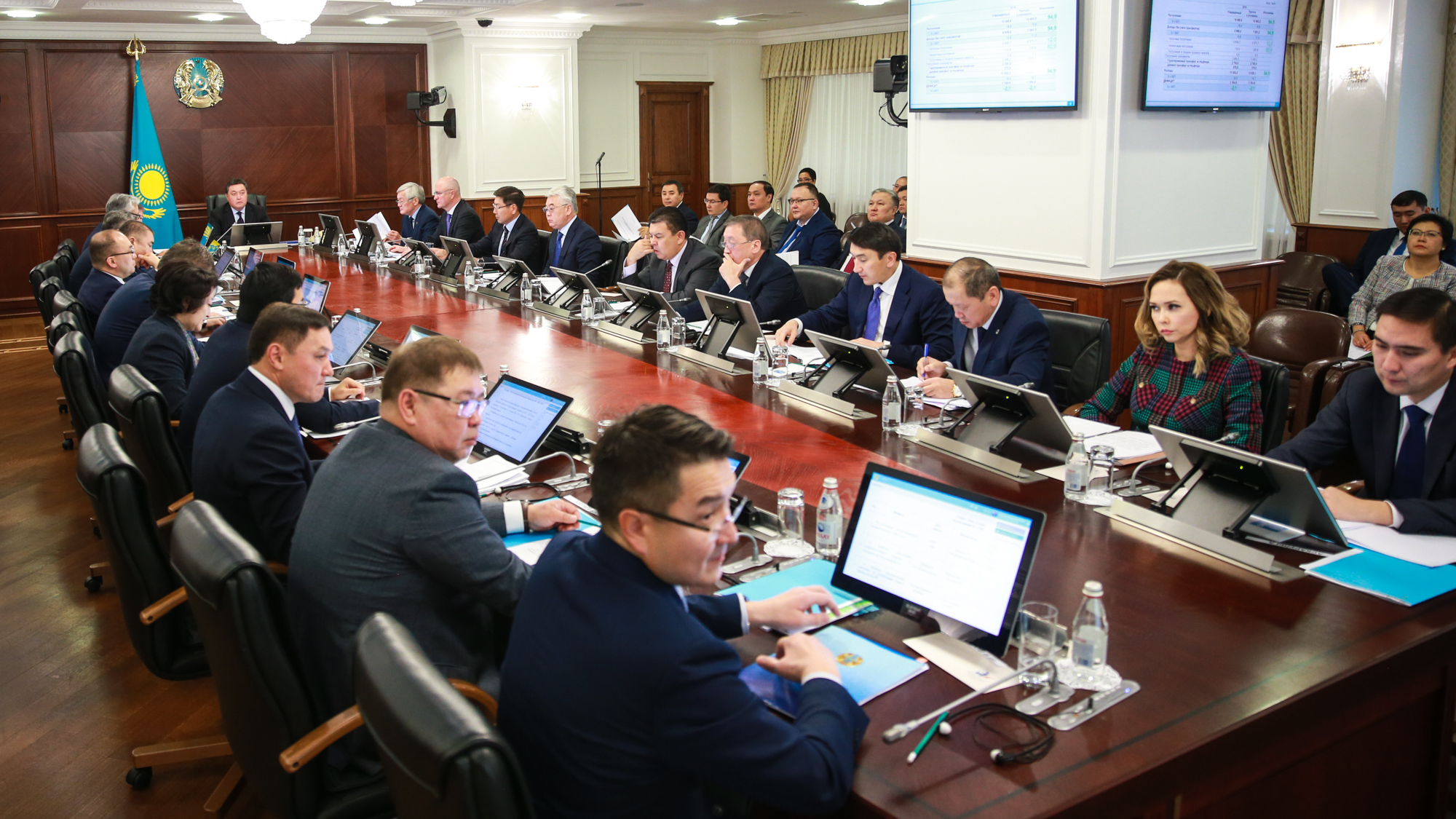 In order to further provide broadband Internet access to rural settlements in 2018-2021, it is planned to build fiber-optic lines and LTE (4G) networks. At the same time, a new generation of 5G communications is being developed to provide wireless broadband access, the Internet of things and the organization of high-speed technologies. Currently, 5G test tests are conducted in the cities of Nur-Sultan and Almaty, in October this year. they are planned to be held in Shymkent.

By the end of 2022, 97% of rural settlements should be provided with Internet access.

The head of Government instructed the Ministry of Digital Development, Innovation and Aerospace Industry of the Republic of Kazakhstan, together with telecom operators, to accelerate the construction of fiber-optic communication lines in the regions and connect rural settlements to high-speed Internet.

The prime minister noted the need to adequately prioritize the use of 5G, for which, in 2020, relevant projects should be developed for the effective use of 5G in the regions, and at the first stage in Nur-Sultan.

Mamin also drew attention to the quality of communication and the Internet, especially in social facilities.

“Schools and hospitals should have high-quality Internet with high speed - this is required for the use of electronic textbooks and curricula, telemedicine and information systems,” the prime minister emphasized.

The topic of providing Internet to rural settlements and the introduction of the 5G innovation platform continued during a press conference where Minister of Digital Development, Innovation and Aerospace Industry Askar Zhumagaliyev, answering journalists' questions, said that in the first half of 2019 fiber-optic lines were brought to 83 rural areas. By the end of 2019, 685 villages will be connected to the Internet; in 2020, it is planned to connect another 509 villages. During the second stage, it is planned to provide the Internet with 3,143 villages: in 2019 — 574, in 2020 — 1,046 and in 2021 — 1,523. 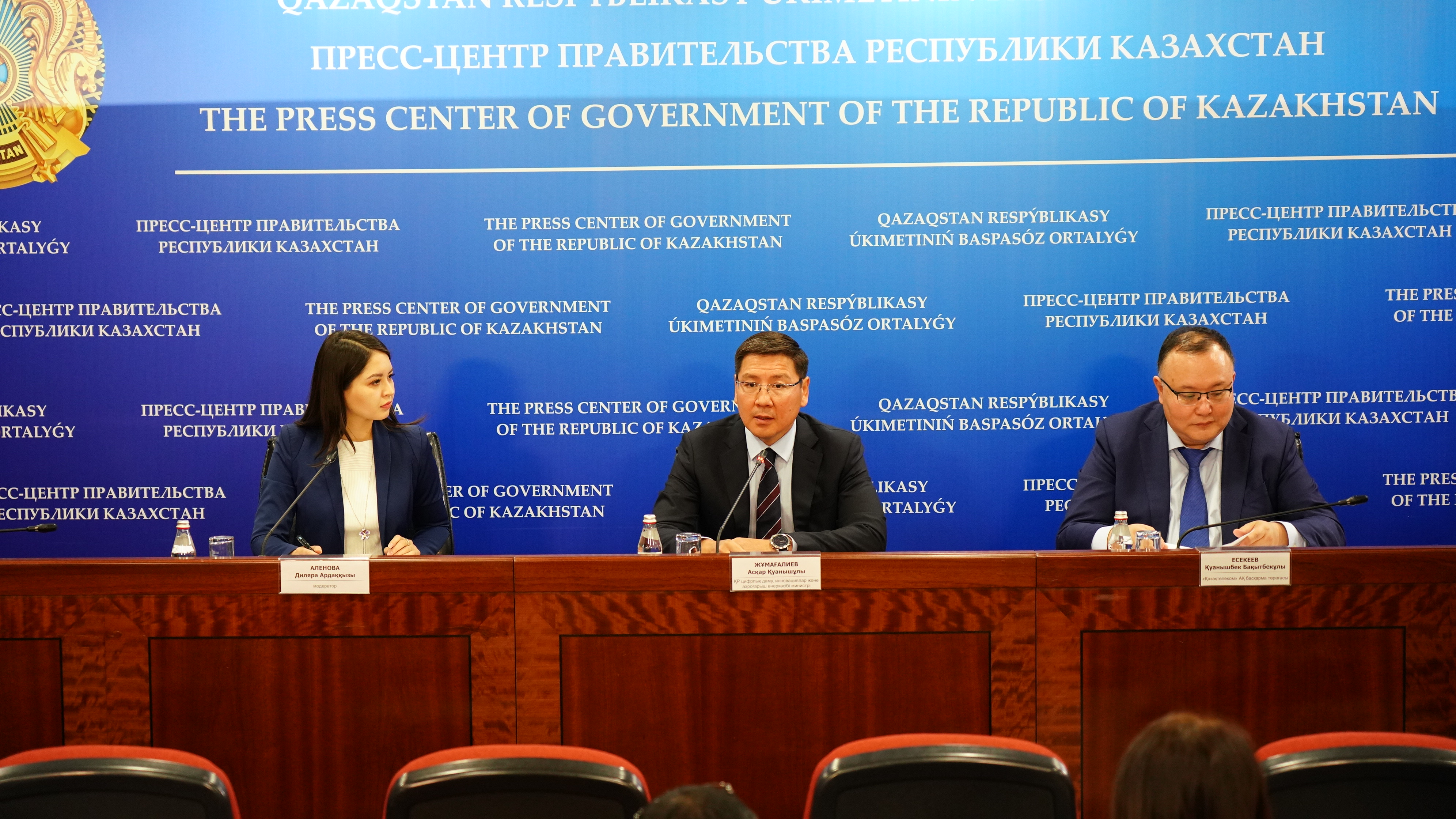 “At this international meeting, specific standards will be set. The final approval of the standard is expected in 2021. All health issues will be analyzed based on relevant tests. I am sure that the adoption of a standard by the International Telecommunication Union will be based on the elements of health. Because it’s definitely not interesting for anyone to introduce technologies that will then negatively affect health,” said the minister of digital development, innovation and the aerospace industry. 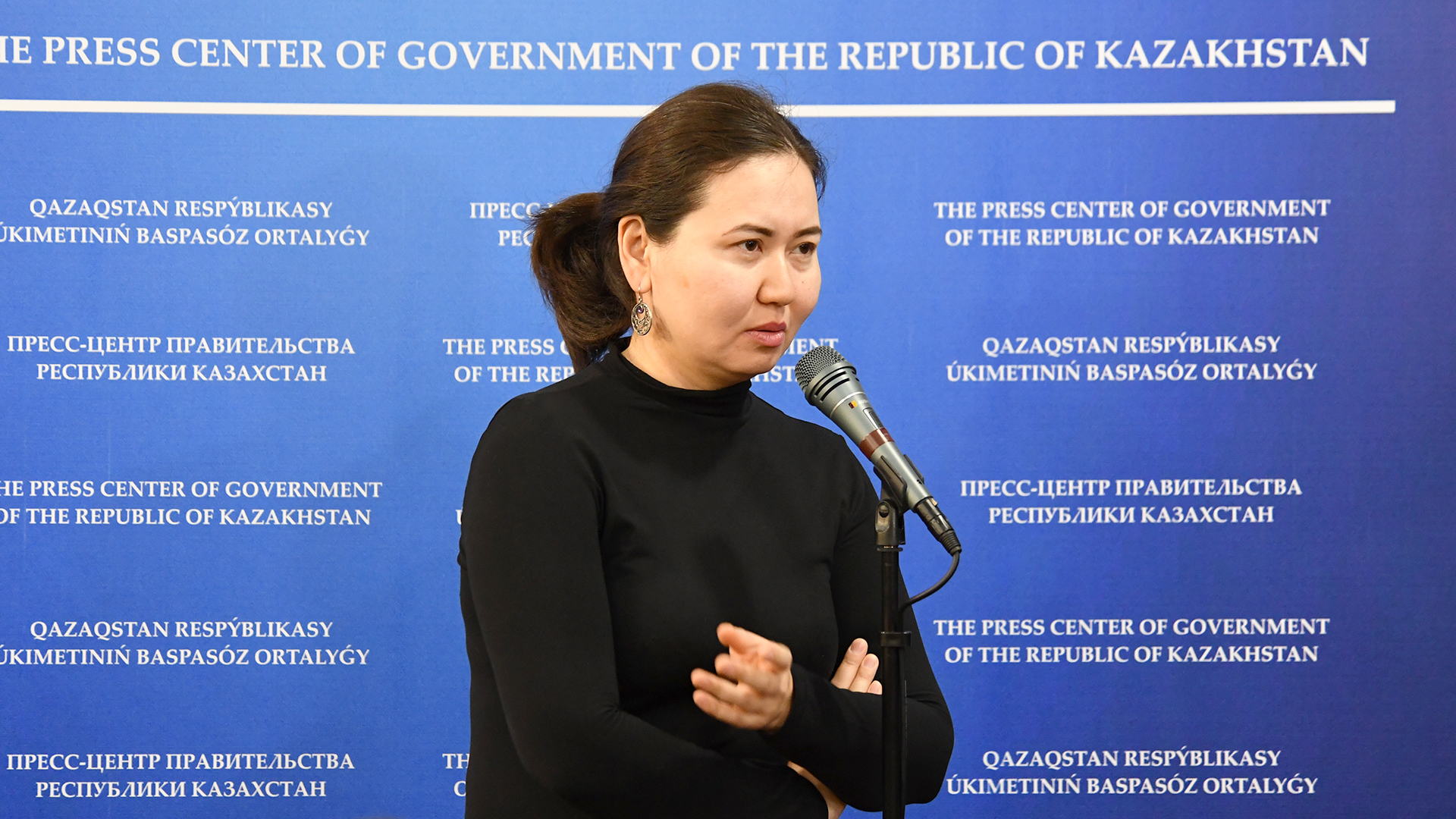 “In the Shchuchinsk-Borovoe zone, with the support of the Akimat of the Akmola region, we carried out work that allowed us to establish the appropriate base stations. As a result, quality has improved markedly in this area. Now we are doing the same work with the Akimat of Nur-Sultan — 50 mast structures will be installed in the city and many problems will be resolved. Further, we assume work with Pavlodar and Almaty,” Zhumagaliyev said. 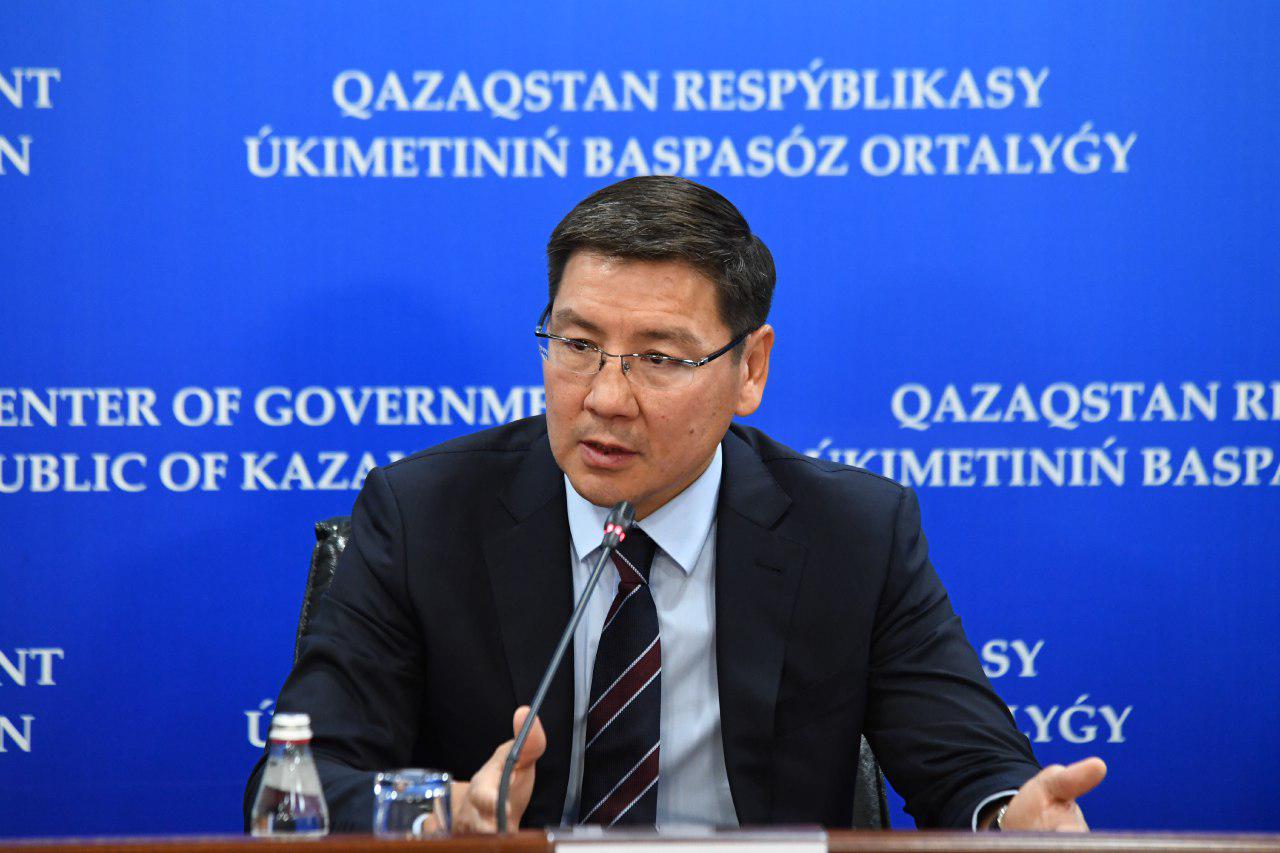 As the minister noted, the introduction of 5G helps to resolve such issues both in cities and in rural settlements. This technology is a very important issue for the digitalization of the country's economy. He also assured that when switching to 5G networks, Internet tariffs will not increase. Also, budget funds from the state will not be allocated. 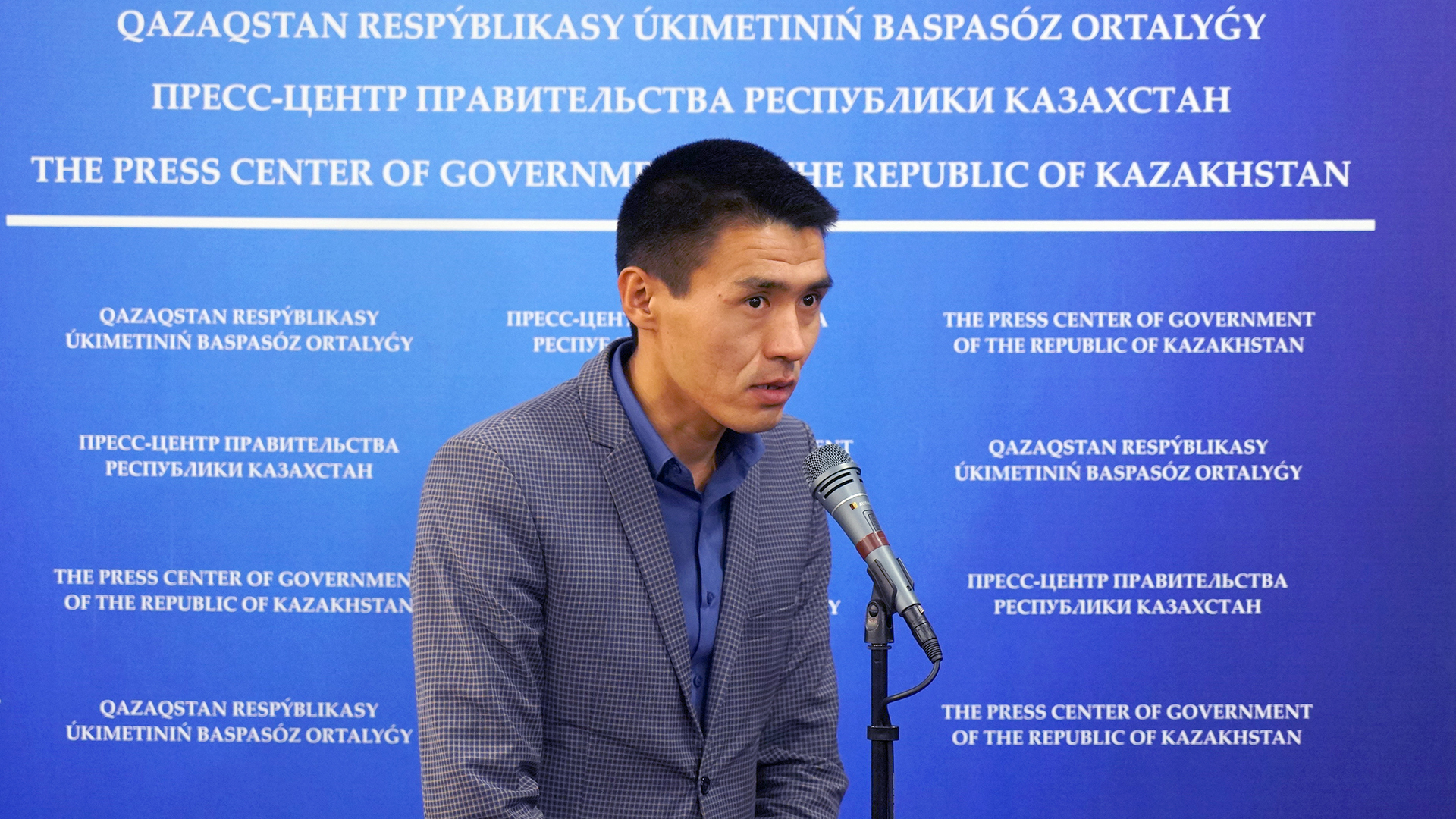 In turn, the Chairman of the Board of Kazakhtelecom JSC Kuanyshbek Yessekeyev, answering journalists' questions, said that after connecting 5G many services will become available. First of all, such as video conferencing, E-commerce and others.

“5G is already different speeds. About 30 times more. It is very difficult to imagine how much you can do in this matter: from remote control of a car to remote medicine. 5G will make a lot of changes. Recall how after connecting 4G, Instagram and Facebook entered our lives. Also, after connecting 5G, new services will enter our lives,” said the chairman of the board of Kazakhtelecom JSC.

Yessekeyev also emphasized that 5G will make several revolutionary turns in certain sectors of the economy. 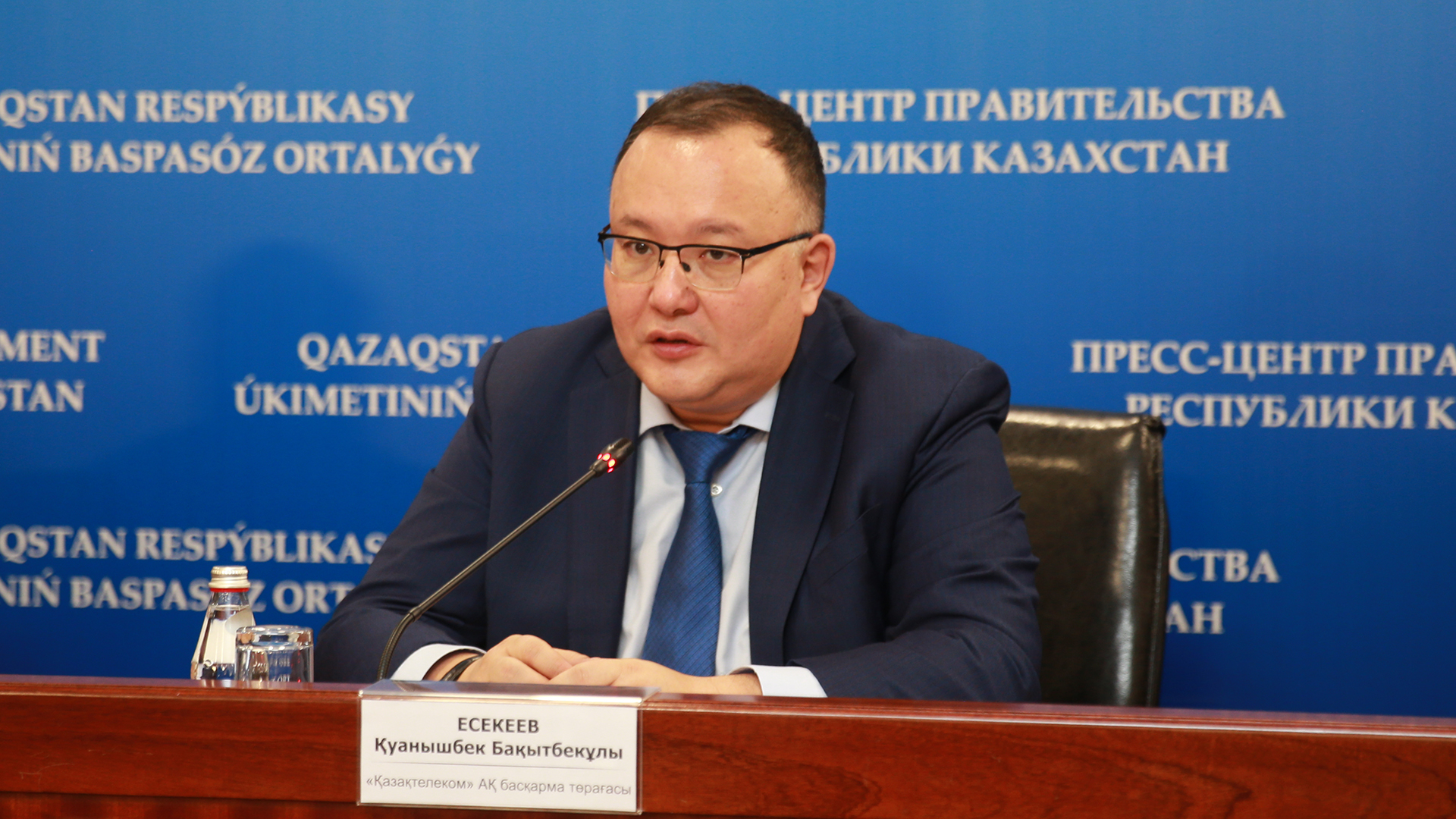 In addition, the head of the board spoke about the creation of a new eSIM concept in Kazakhstan. According to him, the classic look of the SIM card in the form of a chip will be replaced by a software solution. This concept is now being developed by mobile operators along with the regulator.

“I think that in the near future we will show the first solutions of eSIM, when the SIM card can be made on a cell phone programmatically, without inserting a chip. I think when there is 5G, the main part of this technology will be implemented on the basis of eSIM,” said the chairman of the board of Kazakhtelecom JSC. 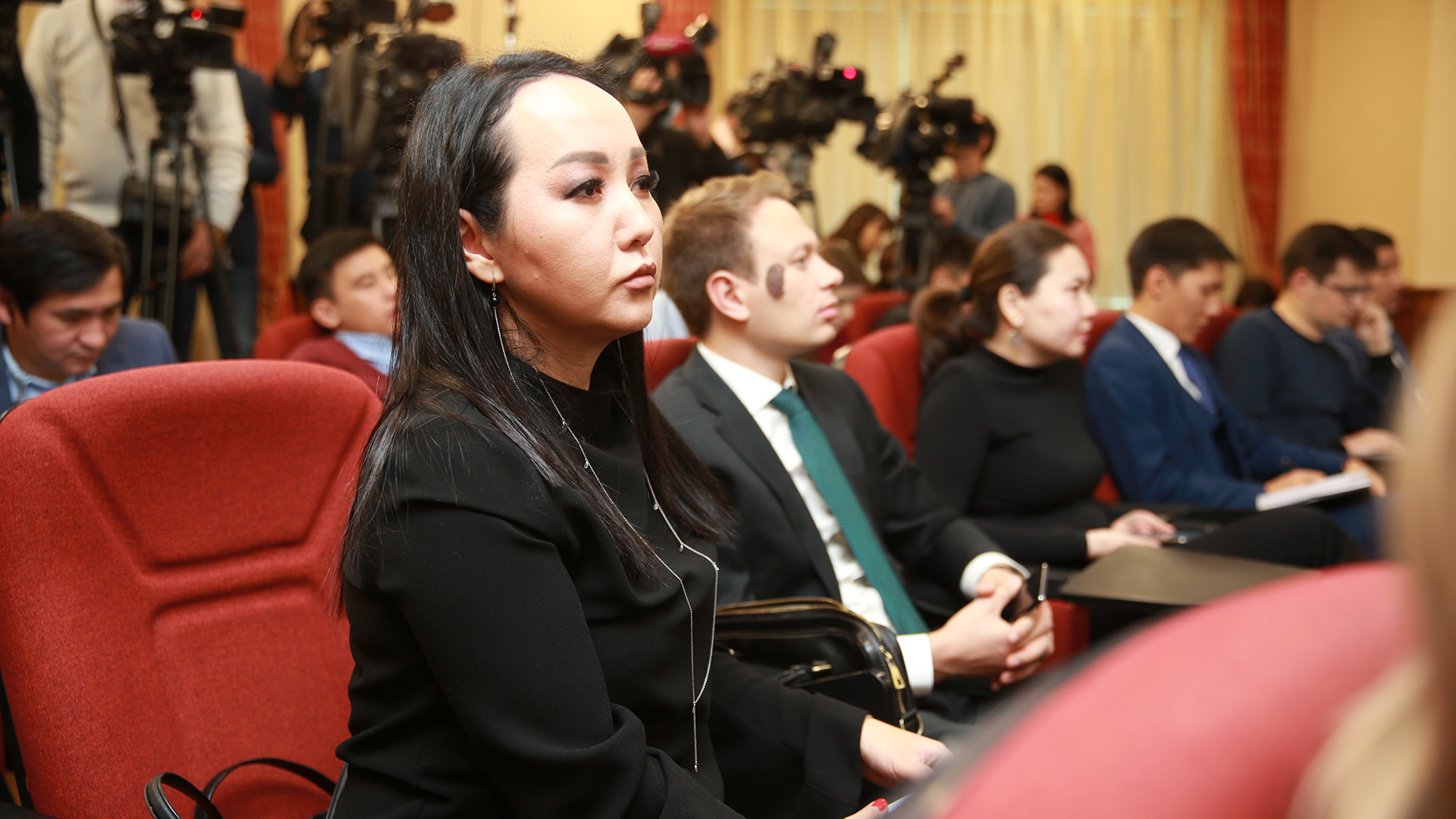 When asked about when such technologies as smart villages and cloud-based video surveillance will be available to villagers, Yessekeyev answered that within a year after connecting the villages to broadband Internet access.

“In the city, we have been very actively developing cloud video surveillance for the past three years. I think, with the advent of Kazakhtelecom and high-speed Internet access in the village, it basically changes dramatically. These will be changes in the field of electronic commerce. First of all, because immediately the villagers will have equal access to commercial resources. I think that video surveillance and all other services will come to the villages within a year after connecting. The main thing is the speed and the number of connected subscribers,” Yessekeyev said.

Today Kazakhtelecom JSC has conducted six 5G tests in Kazakhstan, including in the years Nur-Sultan, Almaty and Almaty region. The results on data transfer rates in 5G networks are 10-100 times higher than 4G indicators.