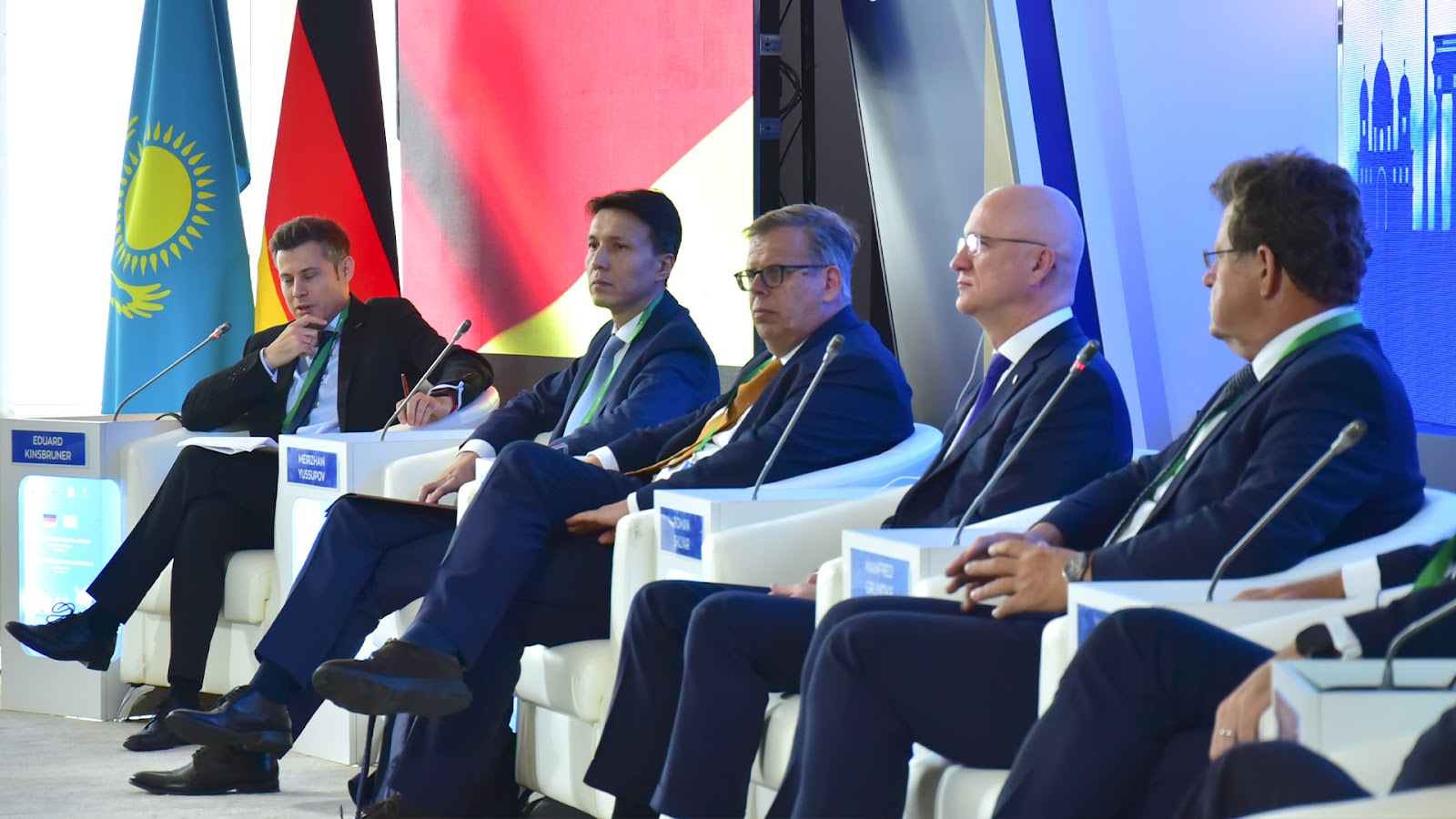 The Kazakhstan-Germany business forum with the participation of First Deputy Prime Minister of Kazakhstan Roman Sklyar was held in Nur-Sultan on the site of the Astana International Financial Center.

In his welcoming speech, the Deputy Prime Minister spoke about the ongoing institutional reforms aimed at improving the investment and business climate in the country. He underlined that one of the national priorities is the complex support of investors with the application of the principles of individual support and accompaniment of each investor.

Roman Sklyar said that special economic and industrial zones had been created in the priority sectors of the economy. There is a Center of Excellence in the field of medical education and science, as well as many technology parks in the development of nanotechnology, entrepreneurship and the innovation economy. The German side was represented by Dominik Schniechels, Director for Foreign Economic Policy of the Federal Ministry of Economy and Climate Protection of Germany. In his speech he noted the importance of bilateral relations between the countries, and also noted that Kazakhstan and Germany have significant opportunities for the implementation of joint projects in many areas.

"On the example of the past pandemic crisis and the current geopolitical situation, we see the importance of food security, energy freedom and development of commodity supply chains. In this context, it is clear that Kazakhstan has great potential for Germany in many areas of the economy, including the production of renewable energy sources. In addition to its geographical location and logistical advantages, Kazakhstan has enormous resource and human potential. We believe that expanding cooperation would be very beneficial for both Kazakhstan and Germany," Dominik Schneehls said.

Volker Trier, Head of Foreign Trade, Board Member of the Association of Chambers of Commerce and Industry of Germany, Meirzhan Yusupov, Chairman of the Board of NC KAZAKH INVEST JSC and Manfred Grundke, Speaker of the Central Asia working group of the Eastern Committee of German Economy, spoke at the plenary session of the business forum.

Also, as part of the business forum a panel session was held to discuss the prospects for cooperation in industry and energy.

On the margins of the event, bilateral meetings were held between representatives of the Kazakhstan side and the management of a number of German companies. During the meetings, they discussed specific proposals for the implementation of joint projects and the establishment of production facilities for the production of high-tech products.