Roman Sklyar meets with William H. Moser, Ambassador Extraordinary and Plenipotentiary of the United States to the Republic of Kazakhstan 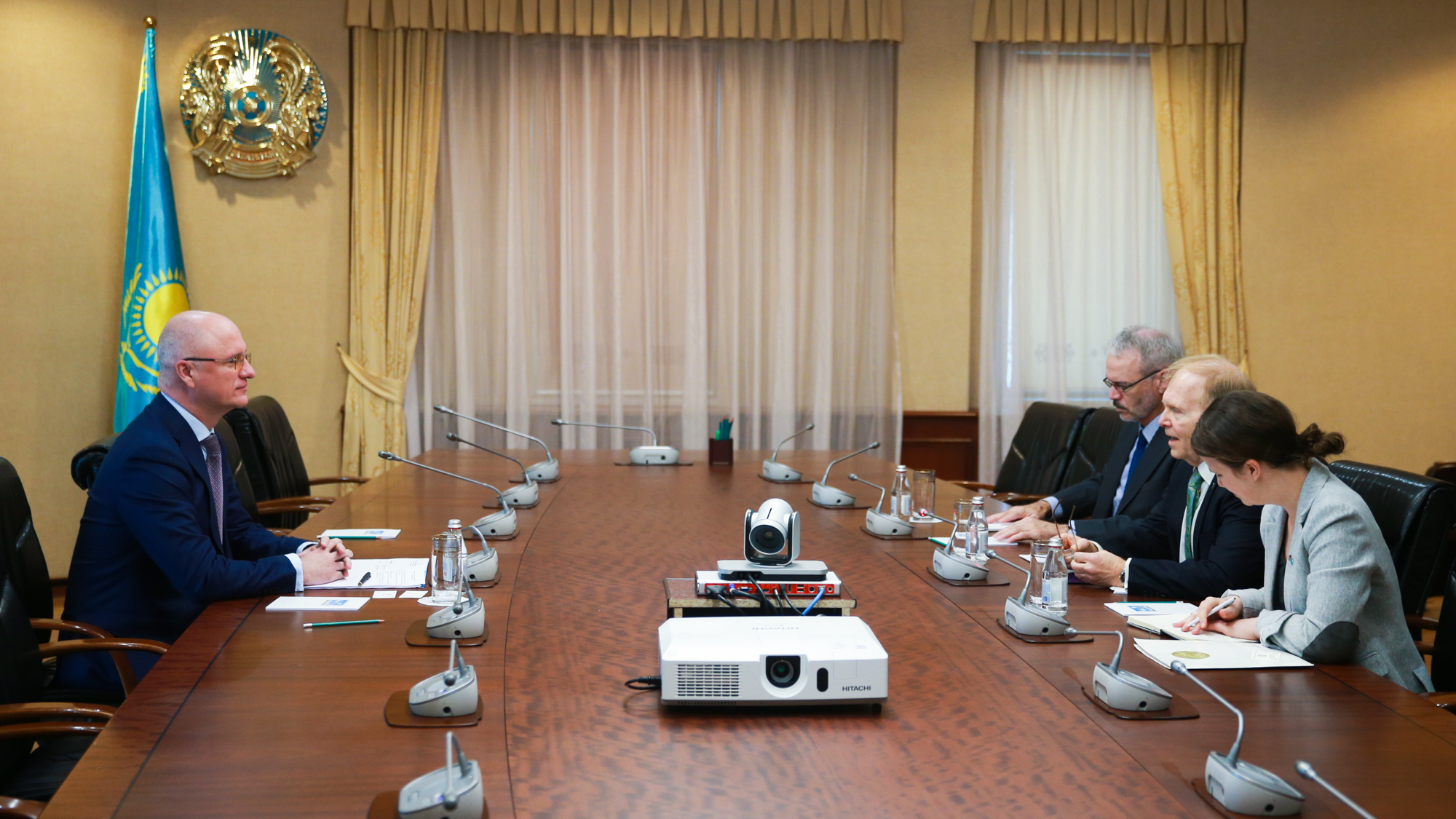 During the meeting with the ambassador and representatives of the diplomatic mission, the main aspects of bilateral cooperation were discussed, as well as further prospects for strengthening diplomatic relations between the two countries.

So, talking to William H. Moser, Deputy Prime Minister Roman Sklyar noted that today the United States is one of the most important partners of Kazakhstan in the international arena, and relations between the two countries have developed in the spirit of friendship and mutual understanding for many years.

During the meeting, the parties discussed important issues of bilateral cooperation between the two countries for the short and long term prospects in the relevant areas of cooperation.

The parties agreed to continue to maintain a positive vector for the development of relations and make every effort to further strengthen them both in the economic, political, and social spheres.