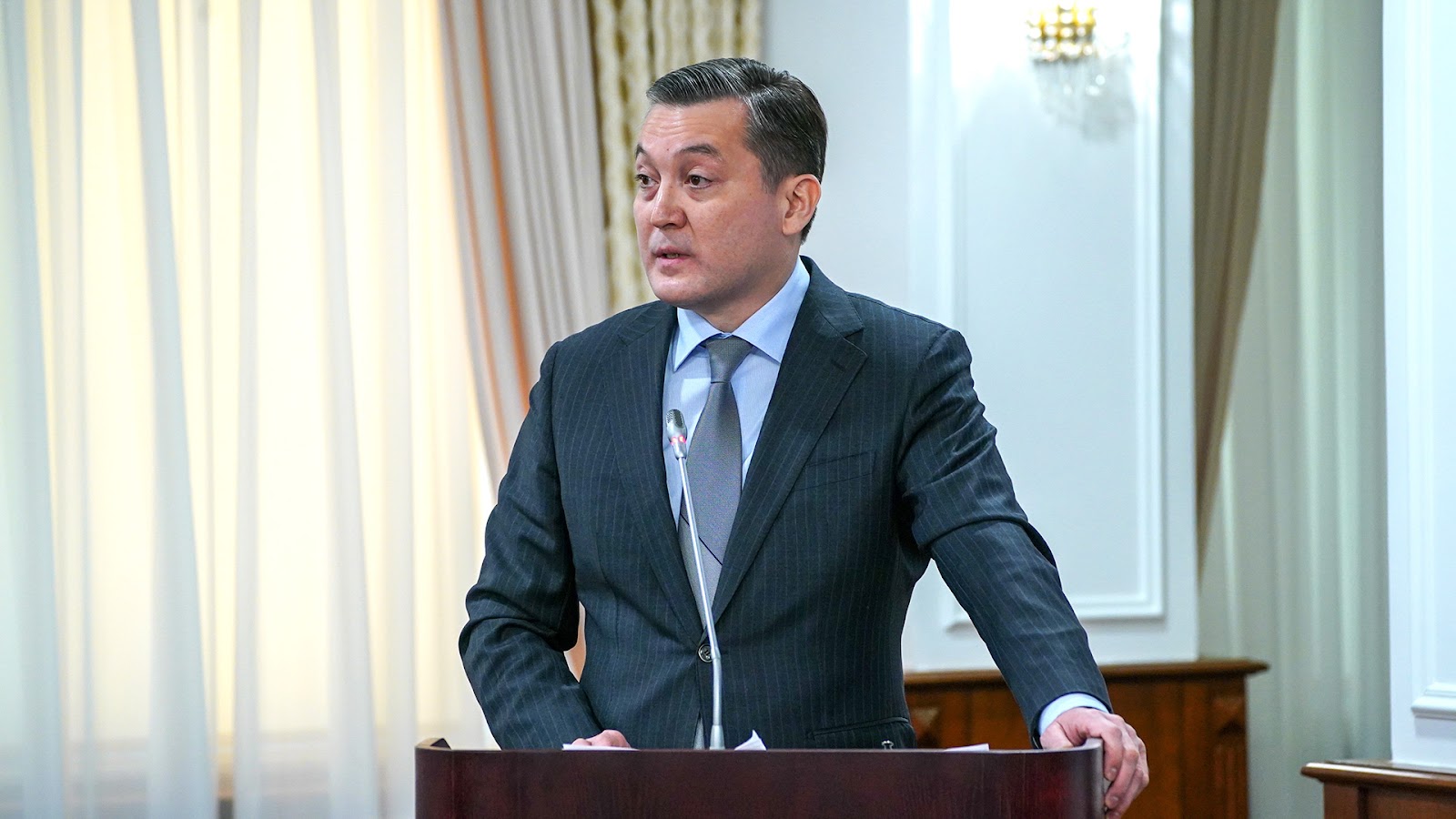 The agenda of today's Government session included consideration of the draft Concept for the Development of the Geology Sector for 2023-2027. The Ministers of Ecology, Industry and Energy reported on the situation in the field of geology, as well as on the decisions to be made for its development.

According to Serikkali Brekeshev, Minister of Ecology and Natural Resources, minerals in Kazakhstan's entrails are crucial to the country's economic development. However, the main challenge facing the geological industry in view of the intensive mining of minerals is the low replacement rate.

"There has been a nearly two-fold drop in investment in hydrocarbon exploration, from Tenge 140 billion to Tenge 79 billion, which is mainly due to the global transition to a low-carbon policy," Brekeshev said.

In this regard, the main objective of the geological sector development concept is to create conditions for attracting investment in mineral exploration. For this purpose 2 target indicators, 8 expected results and 36 measures have been developed.

To solve the problems of the industry, 4 directions of development of the geological industry are envisaged, among which are:

Thus, he said, to improve efficiency of geological exploration of mineral resources and replenishment of the mineral base the mapping will be implemented from scale 1:200000 to 1:50000. There are plans to conduct integration with scientific and scientific-educational organizations in the state geological study of subsurface resources, which will prepare a theoretical basis for the development of the geological industry with the development of scientific and methodological recommendations and effective methods for prospecting mineral deposits. This will identify promising mineral areas, enhance the activities of exploration companies in the Kazakhstan market and provide transfer of innovative and advanced technologies in geological exploration.

"In this way we will reduce the time for providing services and obtaining geological information, and therefore ensure that investments in exploration are attracted. Today, the KAZNEDRA platform is in a pilot mode. By the end of this year the platform will be loaded with 30,000 geological reports," Brekeshev said.

Third. Personnel and scientific issues are affecting the industry significantly. There is a shortage of highly specialised experts. Moreover, the average age of an experienced geologist is close to retirement age, while young professionals who have only recently completed their training do not meet the industry's demand in terms of both quantity and quality. At the same time, scientific geological organizations are little involved in practical subsurface studies and geological exploration.

"To solve the problem of research and staffing of the geological industry, industry guidelines and methodological recommendations will be developed. Scientific organizations will be involved in the state geological study of subsoil and will provide an advance scientific justification for the production of exploration work," the Minister of Ecology added.

Targeted training of specialists will be held, and retraining and refresher courses will be organised. Students will undergo practical training at government geological survey sites. This will improve practical skills and allow them to discover new prospective mineral areas.

Modern geological infrastructure will ensure the safety of all geological information obtained. In turn, international accreditation of the laboratory will allow analyses to be carried out without exporting core outside the country.

Implementation of these approaches will make it possible to achieve 100% availability of state infrastructure for storage and processing of geological materials and open electronic access to geological information by 2025.

The following results will be achieved:

1. upgrading skills of specialists in the geological sector, including staff of the National Geological Survey, authorised body for subsoil investigations and scientific institutions;

2. integration of NGS activities with scientific and scientific-educational organisations in planning and carrying out GosGIN and scientific research in the field of geology;

3. digitalisation of all (primary and secondary) geological information;

5. increasing efficiency of state geological study of subsoil through transition to 1:50 000 scale mapping

"The above results will undoubtedly attract additional investment in geological exploration, and will give a boost to the development of the geological sector in general," Brekeshev said in conclusion. 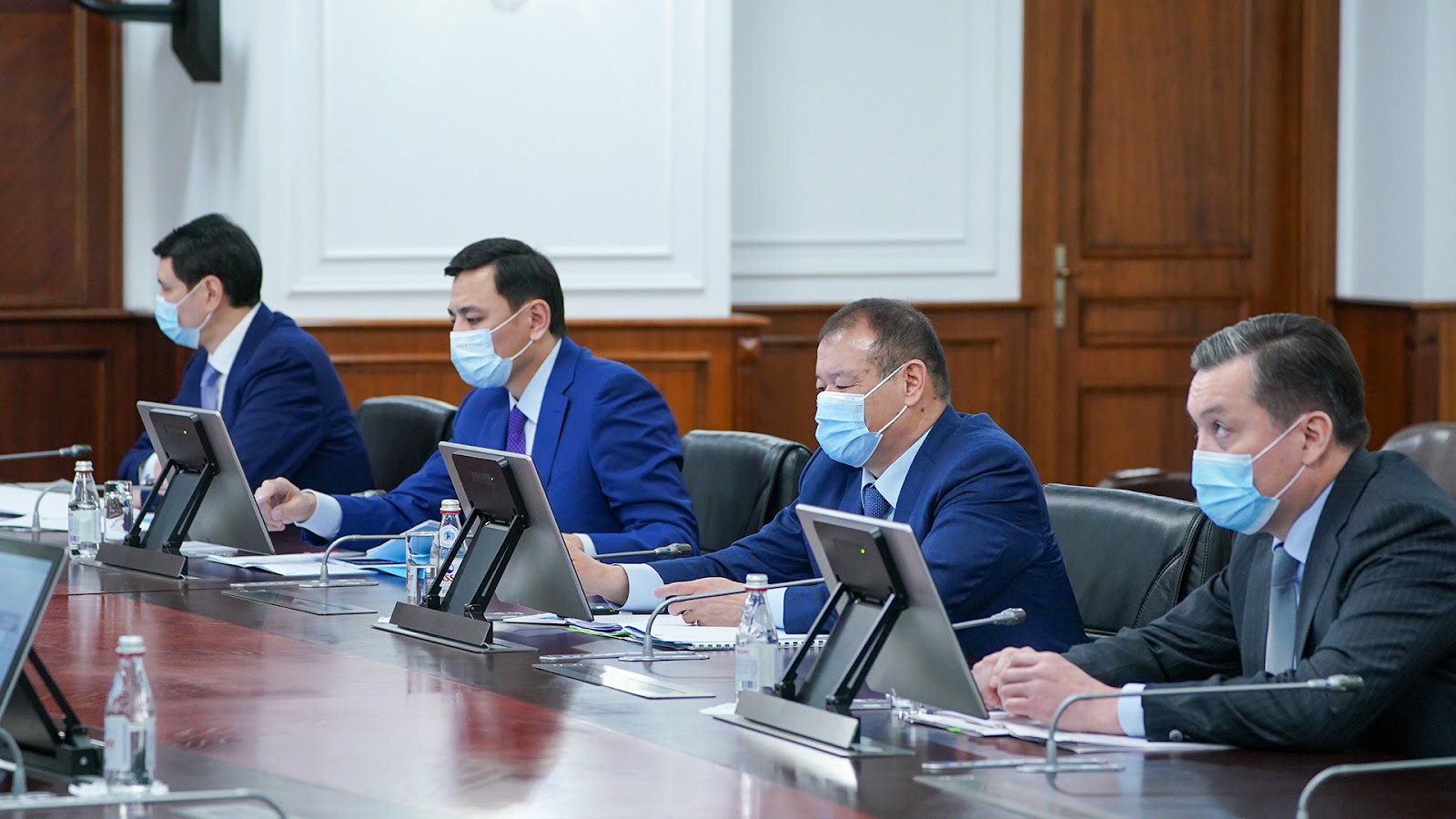 Kairbek Uskenbayev, Minister of Industry and Infrastructural Development, spoke about the Concept of Development of the Geologic Sector. Speaking about the document, the Head of the Ministry noted that it forms a vision of further development of the industry, and provides the main principles, approaches and measures aimed at creating conditions to attract investments in exploration of mineral resources.

"The legal reform carried out in 2017 created the conditions to attract private investment in mineral exploration. As a result of the measures taken, more than 700 domestic junior companies have been formed in the industry, attracting major global players like Rio Tinto, Fortescue and Yildirim Since 2018, 1,922 licences for solid mineral exploration have been issued. The share of junior companies was more than 90%," Uskenbayev said, adding that despite the measures taken, constraints remain that hinder the effective development of the industry.

For example, Kazakhstan has only 5% of its subsoil plots licensed while about 1.4m sq. km of the country's territory is available.

In order to simplify legislation and procedures for attracting investment in subsoil development, the Concept plans to simplify as much as possible the procedures for obtaining licences in the sphere of subsoil use, automate business processes between investors and authorised bodies and ensure transparency of the process of issuing licences for the exploration and extraction of solid minerals.

Work in this direction has already begun. Thus, since November 1 of the current year, the unified platform of subsoil users minerals.gov.kz in the pilot mode has launched a module on issuing licenses. Functionality for sending electronic notifications has been implemented. The process of electronic auctions for exploration areas was automated (web portal of the state property register e-qazyna.kz). For the first time, a mechanism for payment of the signature bonus by the winner of the auction before the licence is issued and sanctions for non-payment. In parallel, work is underway to automate the auction of mining areas (implementation deadline Q1 2023).

A package of amendments to the Subsurface Code in terms of automation and simplification of procedures is being developed to improve legislation. According to the Plan of legislative work of the Government for 2023, the deadline for submission of the bill to the Majilis of the Parliament is December 2023. 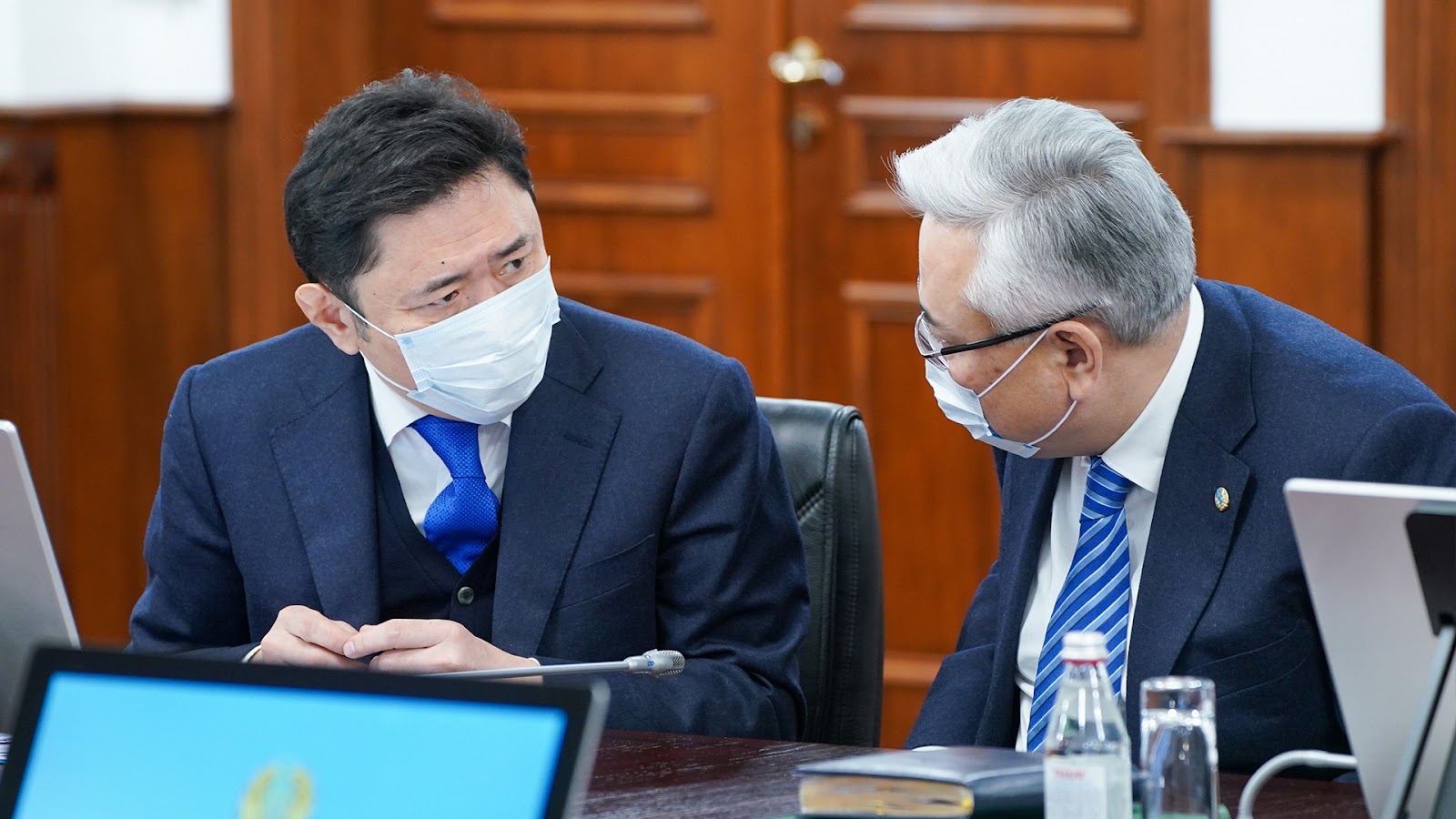 The Minister of Energy Bolat Akchulakov reported on the work on development of the subsurface use of hydrocarbons, in particular on the promotion of exploration.

The Energy Minister said that the ministry prepared several amendments to the Code "On Subsoil and Subsoil Use".

The first. In order to involve hard-to-recover reserves in development relevant norms on unconventional hydrocarbons were introduced (shale oil, shale gas, natural bitumen, gas extracted from gas hydrates and others).

Second. Procedures for granting subsoil use rights through auctions have been simplified:

Third. The Improved Model Contract (IMC) for subsoil use in complex projects has been introduced, enshrining a significant package of regulatory and fiscal preferences. The Improved Model Contract mechanism will help replenish the mineral resource base of Kazakhstan's oil and gas industry and attract investment in complex projects. The QM will apply to offshore and gas projects as well as to complex onshore projects.

Clear criteria have been established for complex projects, such as high hydrogen sulphide content (3.5% or more), subsalt deposits with a salt thickness of at least 100 metres, non-structural traps and others. The IMC will not apply to the four major production projects (Tengiz, Korolev, Kashagan, Karachaganak).

The regulatory preference package provides for:

- stability of the preferences granted;

- opportunity to defend infringed rights in courts in Kazakhstan and international arbitration;

The fiscal preference package provides for:

- application of a simplified tax regime for subsoil users (alternative subsoil use tax);

- increase in depreciation limits for capital expenditures by 50%, etc.

The bill was approved by Parliament and sent for the signature of the Head of State.

"The ministry holds electronic auctions every year, primarily aimed at oil and gas exploration. One auction for 21 plots already took place on 22 July and a record signing bonus of 12 billion tenge was received with a minimum work programme of 24 billion tenge," Bolat Akchulakov said.

On December 23 another auction will be held for the granting of subsoil use rights for hydrocarbons in 41 areas with geological reserves of 63.5 million tonnes and a minimum work programme worth 60.0 billion tenge.