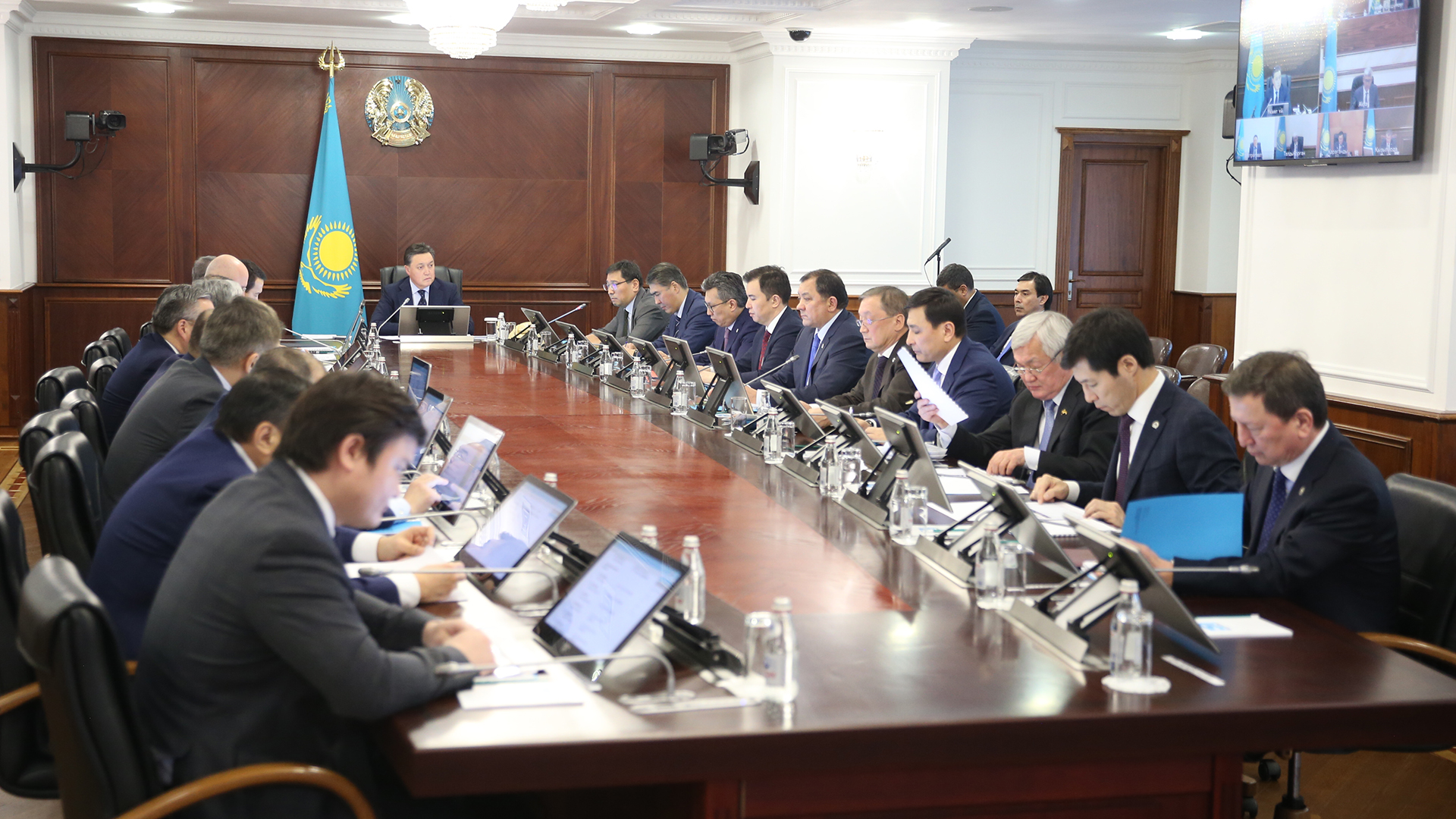 Prime Minister Askar Mamin chaired the second meeting of the Republican Working Group of Rapid Response in a selector mode, created on behalf of the Head of State Kassym-Jomart Tokayev.

Further measures of monetary policy were reported by the Chair of the National Bank Erbolat Dossaev, First Deputy Prime Minister – Minister of Finance Alikhan Smailov reported on optimization of the republican and local budgets, deputy prime ministers Roman Sklyar and Yeraly Tugzhanov spoke about the industry and labor market. Comments were also made by Minister of Foreign Affairs Mukhtar Tleuberdi, Minister of Trade and Integration Bakhyt Sultanov and other members of the Republican Rapid Response Working Group.

The meeting participants discussed measures taken to support domestic enterprises, prices for socially significant goods and the current situation in the regions.

Members of the Republican Working Group for Rapid Response, as well as leaders of all regions, heard a report by the Chair of Atameken NCE Ablay Myrzakhmetov on the results of screening the regions in order to develop entrepreneurial potential, increase population incomes and create new jobs.

“We see large reserves in the regions for business development. Akimats should be maximally involved in import substitution work. Based on the results of the screening, it is necessary to develop a specific action plan for the development of the entrepreneurial potential of the regions. For this, it is necessary to organize the necessary work on the site of the Atameken NCE,” said Mamin.

The head of government emphasized that within the framework of the program of concessional lending to sectors of the “economy of simple things,” Business Roadmap, Enbek and other programs, it is planned to allocate additional resources for financing investment projects.

The prime minister heard akims of regions and cities of republican significance on the socio-economic situation in the regions.

“In general, the situation in the regions is under control,” said Mamin.