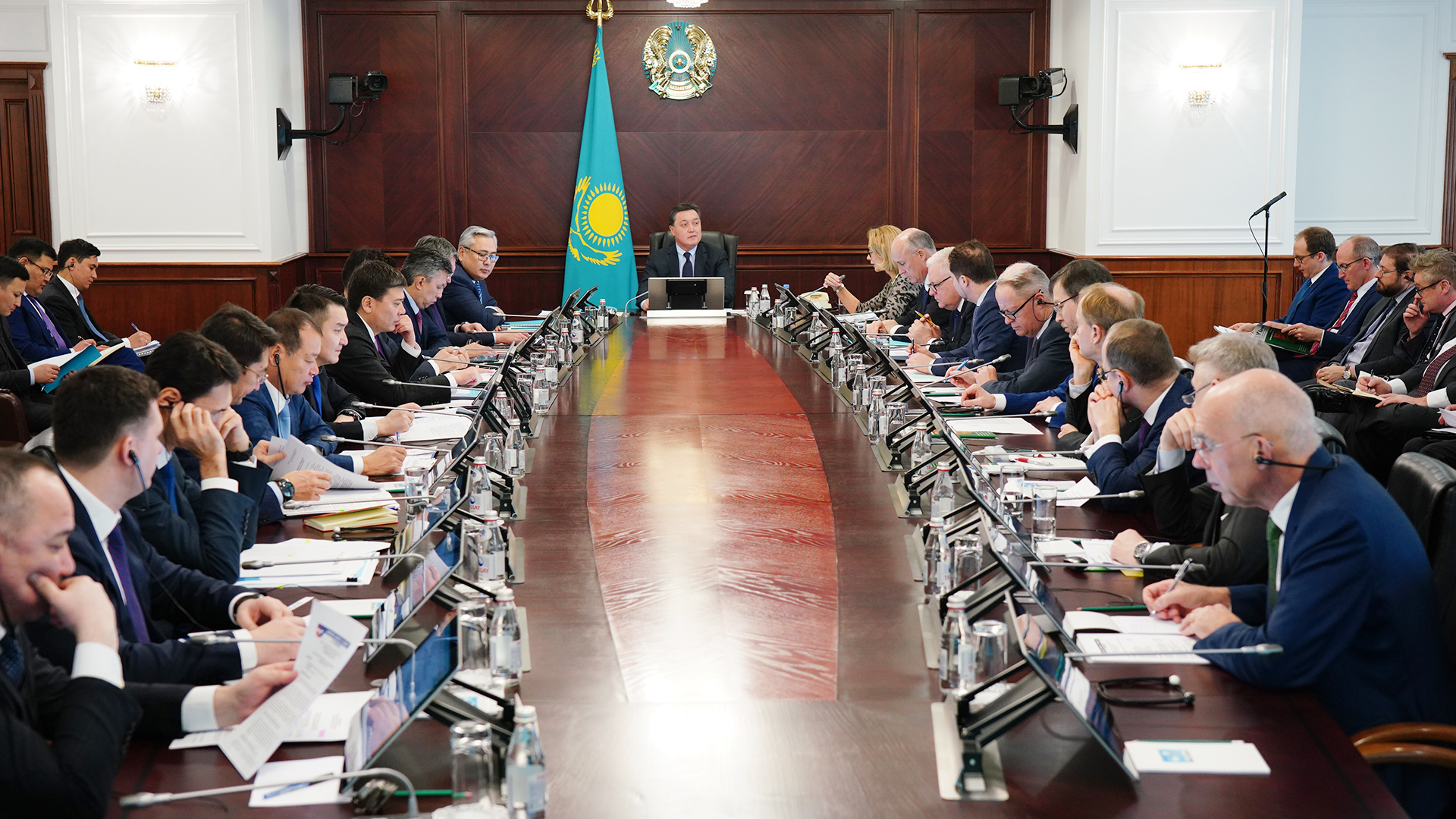 At the meeting of the Council on Improving the Investment Climate chaired by the Prime Minister of the Republic of Kazakhstan Askar Mamin, tax policy issues and its impact on the investment climate in Kazakhstan were considered.

Accredited ambassadors of the United Kingdom Michael Gifford, Canada — Nicholas Brousseau, European Union — Sven-Olov Carlsson, Chargé d'Affaires of the US Embassy Ted Lyng, as well as representatives of the investment community — the companies EY, Deloitte, PwC, Heidelberg Cement reported on the foreign experience of taxation and its role in creating a favorable business climate and the development of economic competition, as well as proposals for the implementation in Kazakhstan of progressive methods of tax administration and fiscal policy.

Minister of National Economy Ruslan Dalenov and First Vice Minister of Finance Beibut Sholpankulov made comments on the tax administration reform being carried out in Kazakhstan.

“At the end of 2019, Kazakhstan’s GDP grew by 4.5%. The growth was mainly provided by non-oil sectors — construction (12.9%), trade (7.6%), transport (5.1%), manufacturing (4.4%). The volume of attracted foreign direct investment increased to $25 billion. Real incomes of the population increased by 5.5%, inflation was in the planned corridor and amounted to 5.4%. Our priority is to preserve and strengthen the given development trend under conditions of cyclical cooling of the global economy and risks in connection with the situation in China,” said Mamin.

The prime minister spoke about the reform of the tax system in the Republic of Kazakhstan in order to increase its effectiveness in ensuring economic growth, improving the business climate, increasing employment and attracting investment.

“We will ensure the effective implementation of recommendations to further strengthen the international position of Kazakhstan as a reliable and predictable investment area with a clear and transparent tax system,” summarized Mamin.