Three scenarios of economic development for 2023-2027 elaborated in Kazakhstan 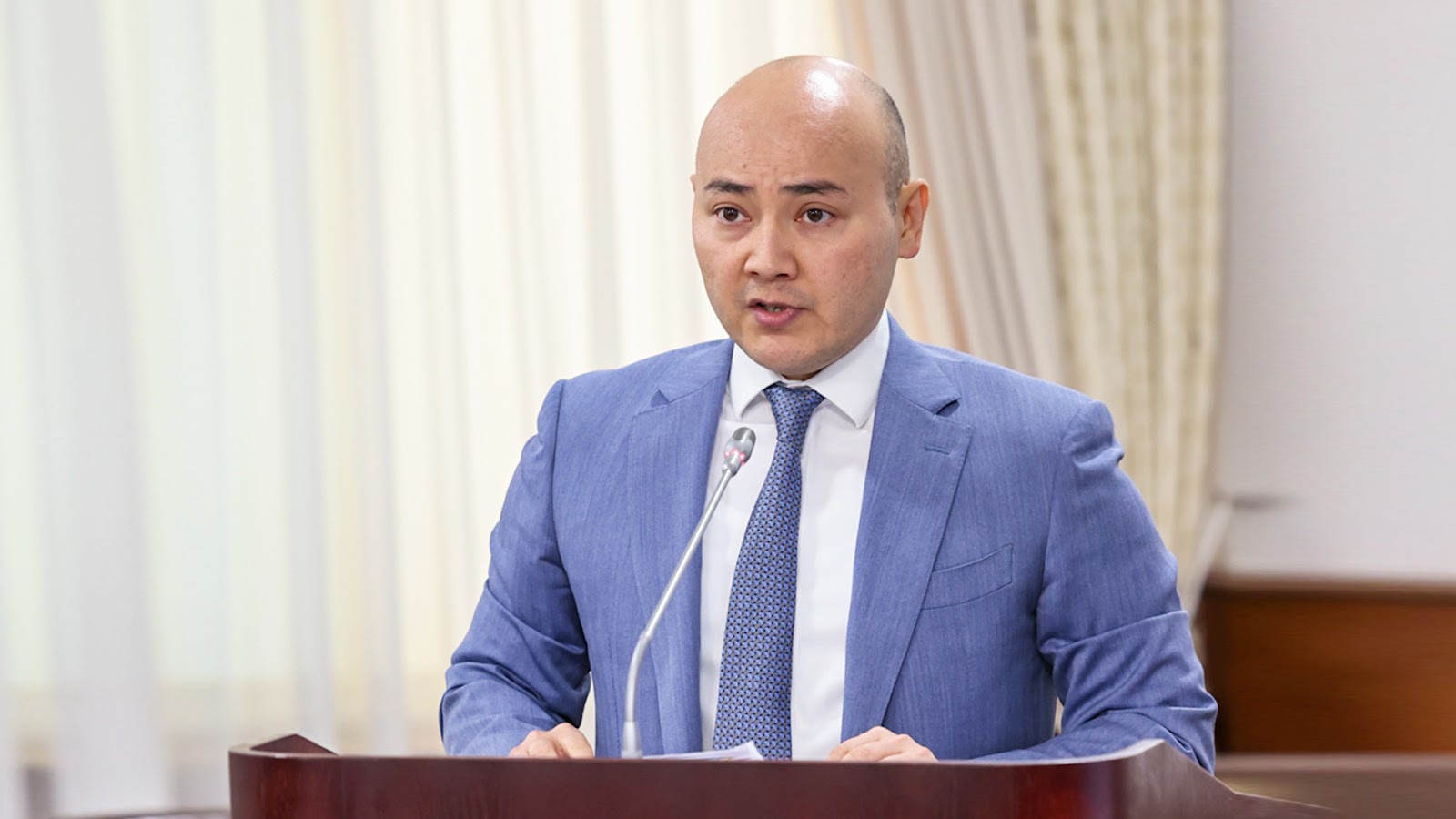 At the Government session chaired by Prime Minister Alikhan Smailov the forecast of social and economic development of Kazakhstan for 2023-2027 and draft laws on formation of the republican budget for 2023-2025 were considered. The Deputy Prime Minister and Minister of Finance Yerulan Zhamaubayev, Minister of National Economy Alibek Kuantyrov and Deputy Chairman of the National Bank Akylzhan Baimagambetov reported on the subject.

The Minister of National Economy, Alibek Kuantyrov, reported on the developed forecast and draft laws: the draft forecast of social and economic development for 2023 - 2027 and two draft laws: "On the guaranteed transfer from the National Fund of the Republic of Kazakhstan for 2023 - 2025", "On the amount of general transfers between the national and regional budgets, budgets of cities of national importance, the capital for 2023 - 2025".

According to Kuantyrov, the forecast was formed taking into account the final data on economic growth in 2021, the expectations of international financial institutions on global economic growth and export commodity prices.

Depending on changes in external and internal parameters, the three scenarios of economic development of Kazakhstan in 2023 - 2027 years were elaborated (basic, optimistic and pessimistic).

"In the basic scenario, it is proposed to use an average oil price of $85 per barrel and the estimated U.S. dollar exchange rate of 470 tenge. Average annual real GDP growth under this scenario would be 3.9%, including 4% in 2023. In the optimistic scenario, the assumed oil price is set at $110 per barrel, the dollar exchange rate is set at 440 tenge. Average annual economic growth is projected at 4.2%. The pessimistic scenario assumes an oil price of $60 per barrel and a weakening of the exchange rate to 500 tenge per dollar. Projected real GDP growth will average 3.5%," the Minister of National Economy noted.

According to the Minister, it is proposed to use the basic scenario as a foundation for budget planning.  According to this scenario, the real GDP growth will accelerate from 4% in 2023 to 4.2% in 2027. Nominal GDP will grow from 120.7 trillion tenge to 177 trillion tenge. Positive growth is expected in all basic sectors of the economy.

The leitmotif of the national budget and the National Fund for the next three years was the implementation of the tasks set by the Head of State to ensure the concept of lean and responsible fiscal policy.

Thus, parameters of the republican budget for 2023 - 2025 are defined taking into account orientation of the budgetary policy on generation of new sources of replenishment of its revenue base and concentration of budget expenditures on the priority directions of socio-economic development.

"Additional revenues to the national budget are provided by the measures taken by the government to expand the revenue base and improve tax administration, as well as to reduce the share of the shadow economy," Kuantyrov said.

For the implementation of the measures of the Government's Anti-Crisis Measures Plan for 2022 and socially significant projects of national scale by the decision of the Head of State, it is planned to attract a targeted transfer from the National Fund in the amount of 1 trillion tg in 2023 and 400 billion tg in 2024.

"Application of the rules in the planning period contributes to the recovery of foreign exchange assets of the National Fund in 2023 to $66.7 billion, with a further increase to $78.8 - 93.2 billion in 2024 - 2025. According to our forecasts, setting a cap on withdrawals from the National Fund and the growth rate of spending in the medium term will improve fiscal discipline and strengthen the savings function of the National Fund," the Minister of National Economy said.

In connection with completion of the law on general transfers for 2020 - 2022 in the current year the draft law "On volumes of general transfers between the republican and regional budgets, budgets of the cities of republican level and the capital city for 2023 - 2025" which provides for approval of the volumes of subventions and withdrawals for the next three-year period was developed.

Volumes of general transfers are calculated taking into account new approaches on expansion of financial independence of regions and equalization of accessibility of social benefits and public services, as well as on gradual reduction of transfers between the center and regions.

The volumes of general transfers are taken into account in the parameters of the national budget.

"The forecast parameters of the budget and the National Fund are balanced and aimed at restoring and stabilizing socio-economic indicators to ensure progressive sustainable economic growth," Kuantyrov added. 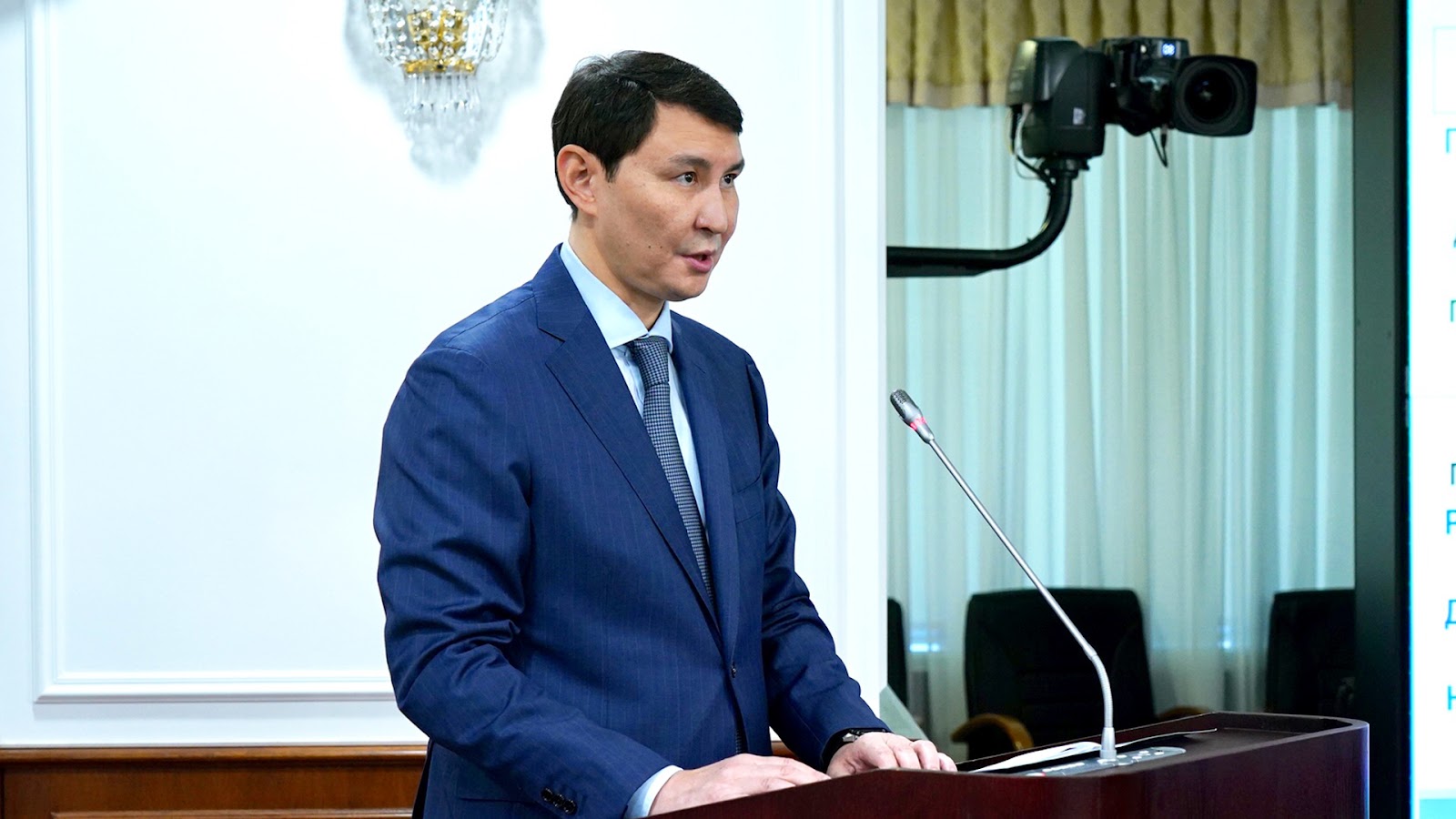 Deputy Prime Minister and Minister of Finance Yerulan Zhamaubayev reported on the draft law "On Republican Budget for 2023 - 2025. The bill was developed in accordance with the Budget Code, based on the forecast of socio-economic development of the country until 2027.

Next year, the guaranteed transfer from the National Fund will be attracted with a decrease of 1.8 times to 2.2 trillion tenge compared to the current year.

The budget parameters comply with the rules established by the budget legislation on the guaranteed transfer, the growth rate of expenditures and the budget deficit.

If we consider the structure of budget expenditures, the main share falls on the social sphere.

"In 2023, 8 trillion tg is planned for the social sphere. Funds will be allocated for payment of pensions and benefits, development of education, healthcare, culture and sports, and incentives for young people," the Minister of Finance said.

In 2023 2.1 trillion tenges will be provided to support the development of the real economy.

The priorities of this direction are:

"Inflation, according to our forecasts, will slow down from the current levels to 7.5-9.5% by the end of 2023 against the background of the decisions made on the prime rate, the planned implementation of the countercyclical budget rule, the gradual reduction of external inflationary pressure and leaving the calculation of the high base of the current year. I note that the next forecasting round in the National Bank is currently underway, the results of which will be announced on September 5 this year. In the absence of new shocks in the medium term, inflation will approach the target corridor by the end of 2024," Baimagambetov explained.

The current account of the balance of payments will be in surplus in 2022 amid high prices for exported raw materials at $7.2 billion with a further reduction to $6.2 billion in 2023.

Exports of goods according to the methodology of the balance of payments in 2023 will be slightly reduced by 0.9% to $80.9 billion due to the Government scenario adjustment of high commodity prices.

According to the Deputy Head of the National Bank, imports of goods will remain at high levels and will amount to $45.7 billion. Increasing demand for foreign products will be associated with the insufficiency of Kazakh production to meet the needs of the population and businesses, as well as large amounts of fiscal expenditure.

"The current account surplus is unsustainable, as it is provided only by growth of prices for raw materials while keeping exports of finished goods at a low level. Achieving sustainability of the balance of payments to external shocks requires increasing the effectiveness of the Government's work on the implementation of objectives aimed at increasing non-commodity exports and saturation of consumer markets with domestic goods,"  Baimagambetov summarized.