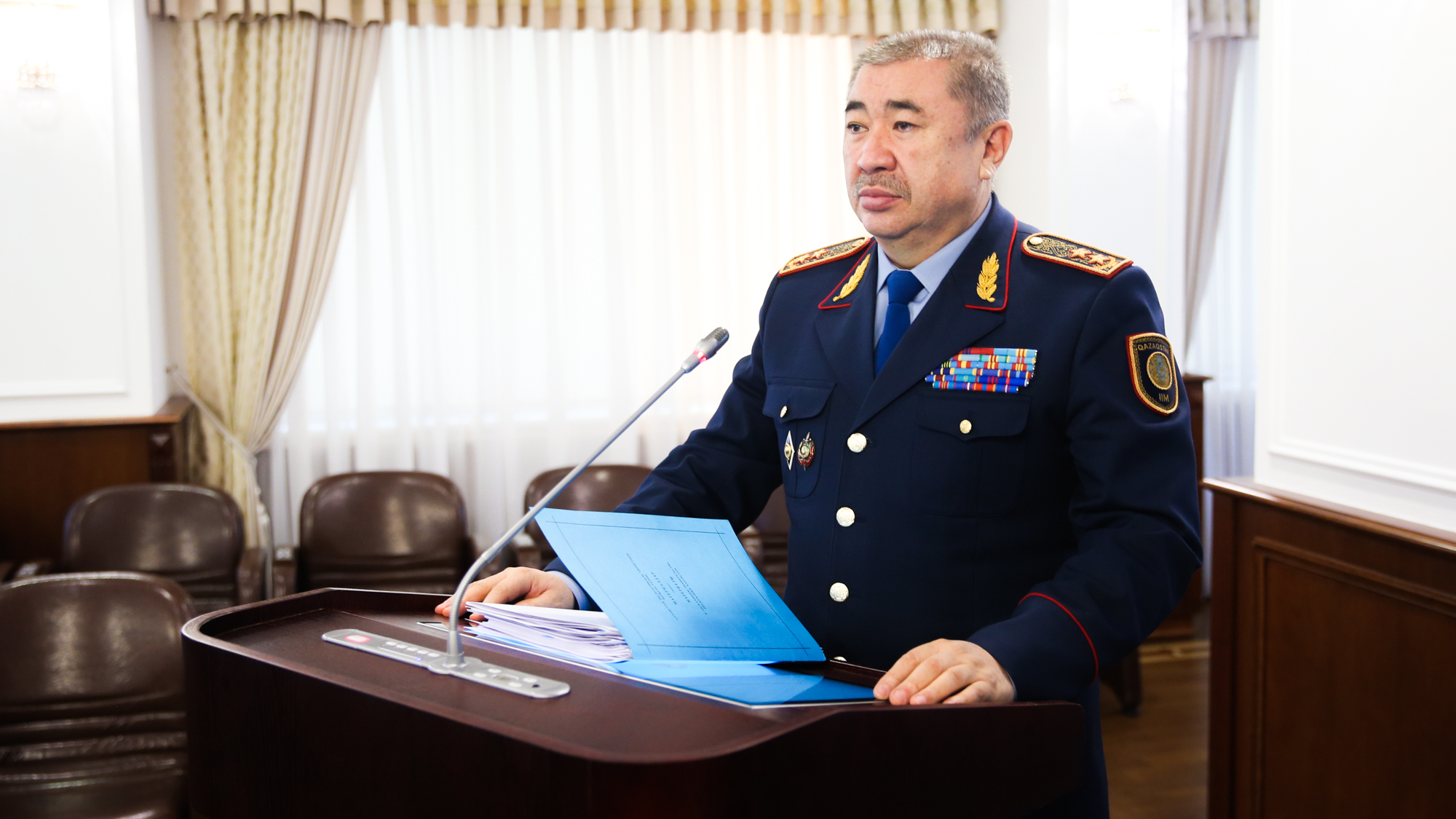 At the government session chaired by the Prime Minister Alikhan Smailov, the Plan of Operational Actions to Stabilize the Social and Economic Situation in the country was considered. Ministers of National Economy Alibek Kuantyrov and Minister of Internal Affairs Yerlan Turgumbayev made presentations on the main directions of the Plan.

“The plan consists of 51 measures in the areas of restoring public order and security, social and other infrastructure, social issues, preventing unreasonable price increases, supporting the population and entrepreneurship, and organizational and financial issues,” Kuantyrov reported.

According to him, in the direction of restoring public order and security, social and other infrastructure, the Plan provides for 11 measures.

Thus, it is planned to implement the instructions of the Head of State to increase combat readiness and maintain the morale of law enforcement officers, restore damaged real estate, as well as the material and technical base of law enforcement agencies, healthcare, education and public utilities.

“In the direction of social issues, it is planned to implement 10 events. They include the payment of compensation to employees of the relevant authorities who were injured, assistance to the families of the dead of these bodies and civilians, measures to reduce the debt burden on business and the population, the introduction of a new procedure and mechanism for providing housing assistance to needy citizens,” Kuantyrov reported.

In the direction of preventing unreasonable price increases, it is planned to implement 15 measures. As the minister noted, these measures include the development of a new mechanism for the sale of liquefied petroleum gas, an increase in funding for forward mechanisms to stabilize prices for socially important food products and measures to prevent an increase in coal prices.

In the direction of supporting the population and entrepreneurship, it is planned to implement 7 measures.

In particular, it is planned to suspend and postpone until Feb. 1, 2022, the initiated tax and customs audits, review the rates and approaches to the disposal fee, introduce a temporary ban on enforcement actions related to eviction, moving in, demolition of buildings for the period until April 20, 2022.

In the direction of organizational and financial issues, it is planned to implement 8 measures. They include ensuring the stability of the foreign exchange market until confidence in the tenge is fully restored, the development or updating of the Comprehensive Socio-Economic Development Plans for the western regions, the refinement of the republican budget for 2022 to provide funding for measures to eliminate the consequences of mass riots.

“The presented Plan of Operational Actions to Stabilize the Socio-Economic Situation is aimed at the coordinated solution of relevant tasks by government agencies over the next few months, taking into account the instructions of the Head of State. Its implementation will lead to an accelerated recovery of the economic situation in the country and a return to everyday life,” Kuantyrov said.

The first is the adoption of measures to increase combat readiness and equipment, maintain the morale of law enforcement officers, special agencies and military personnel.

Special attention, according to the minister, is paid to maintaining the morale of the personnel.

“As part of the ideological and image work, measures are being taken on an ongoing basis to instill in employees a sense of patriotism and devotion to duty,” said Turgumbayev.

Special trainings have been organized to increase stress resistance in extreme situations.

For the purpose of material incentives, employees involved in law enforcement during the state of emergency were paid 150,000 tenge each, and cadets and soldiers were given valuable gifts.

“In general, the personnel are ready to fulfill the assigned tasks to ensure security,” said Turgumbayev.

The second is the adoption of measures to protect diplomatic missions, as well as subjects of foreign investment and business of foreign companies.

According to the minister, at present, the internal affairs bodies are serving in a special regime. Increased the number and density of police patrols. The protection of especially important state facilities has been strengthened. Additional armed posts have been set up at the facilities of diplomatic missions. 73 diplomatic missions have been taken under protection.

The third is the payment of a one-time compensation to dependents and heirs, as well as compensation for the expenses for the burial of dead employees and military personnel of the internal affairs bodies.

“In January of this year, 8 policemen and military personnel of the National Guard were killed at the hands of terrorists, 2,911 were injured. The dead were awarded the Aibyn orders of 2nd and 3rd degrees. Events have been organized to honor their memory, provide attention and support to families,” Turgumbayev reported.

He explained that according to the law, in the event of the death of an employee in the line of duty, his family is paid compensation in the amount of a monetary allowance for 5 years, as well as for burial — for 3 months.

Measures are also being taken to implement 5 measures for which the Ministry of Internal Affairs is a co-executor.

“The work in all areas is under control and will be completed within the appropriate time frame,” Turgumbayev assured.