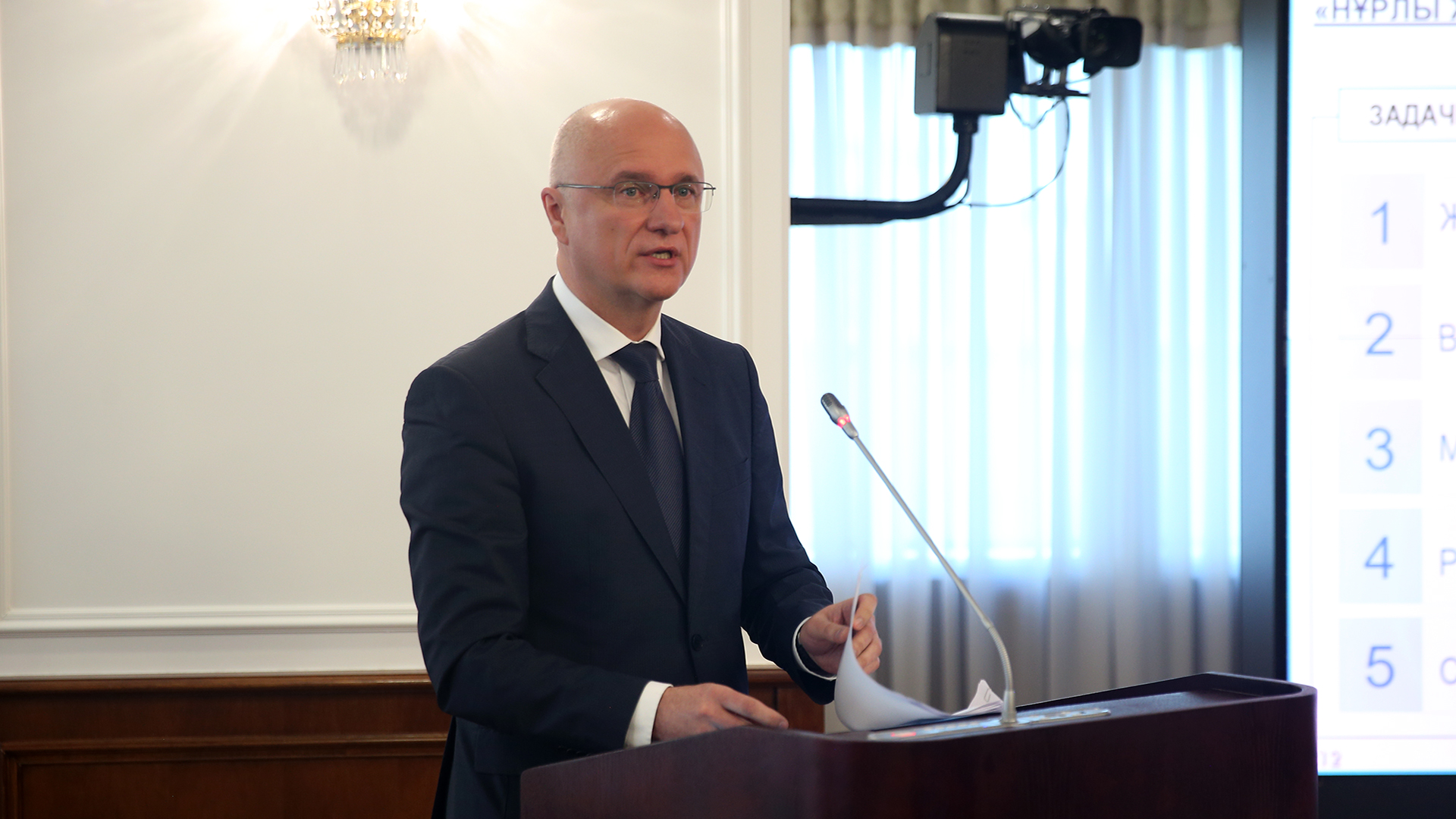 At the Government session chaired by the Prime Minister Askar Mamin, the progress of the implementation of the Nurly Zher program was reviewed.

Minister of Industry and Infrastructure Development Roman Sklyar noted that over 6 months of 2019, investments in housing construction amounted to 605.7 billion tenge, which is 15.5% higher than the 2018 level. At 1 tenge of public funds, 7.4 tenge of private investment is attracted.

“Until the end of this year, we are planning to build 118 thousand houses, of which 48,925 have already been commissioned in the first half of the year. For timely commissioning of housing, 81.7 billion tenge is provided for the supply of relevant engineering communications to construction sites,” Sklyar said.

“For the construction and purchase of rental housing without redemption the local executive bodies provided 32.8 billion tenge to those in the waiting list. Of these, 14.9 billion tenge was transferred to the regions, 14.8 billion tenge, or 99%, was mastered. This year it is planned to put into operation 6 thousand apartments for waiting. As of July 1, 924 apartments have already been commissioned,” the minister of industry and infrastructure development informed.

Roman Sklyar also said that in order to ensure the labor mobility of working youth in the cities of Nur-Sultan, Almaty and Shymkent, it is planned to build 1 thousand rental apartments per year in 2019-2021.

As part of concessional lending to low-income families, 50 billion tenge was allocated at 2% per annum to the Housing Construction Savings Bank. Lending limits between regions are determined in proportion to the number of waiting lists.

As part of the implementation of Elbasy’s instructions, work is underway to develop the Nurly Zher program with the inclusion of issues of heat, water supply and drainage, modernization of the public sector and repair of houses. Today, mechanisms for financing existing and new events are being worked out. By the end of the year it is planned to approve the Nurly Zher program in a new edition.