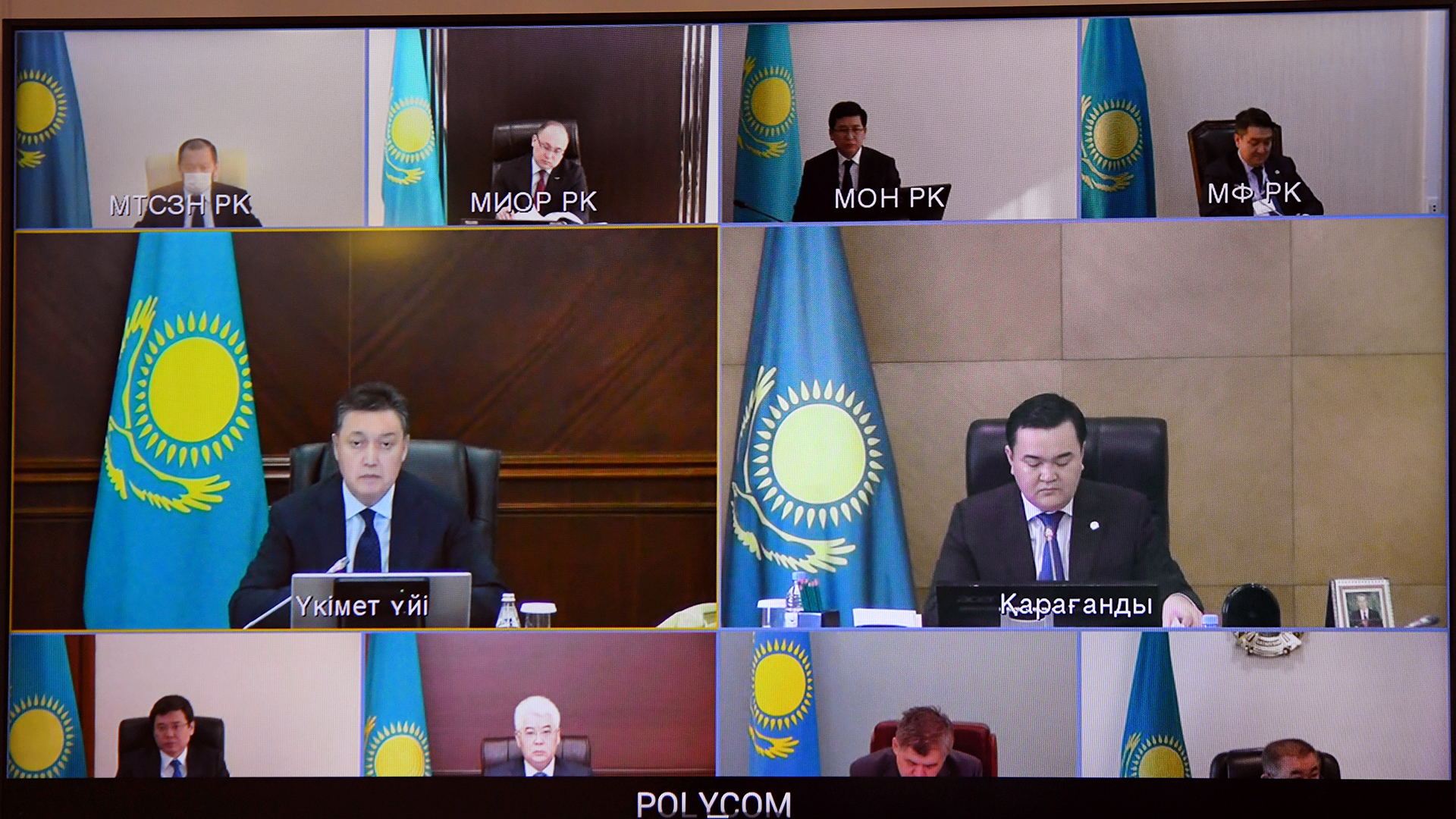 At the Government conference call chaired by Prime Minister Askar Mamin, the implementation of the Nurly Zhol State Program for 2020-2025 was considered.

Reports were made by the Minister of Industry and Infrastructure Development Beibut Atamkulov, akims of the East Kazakhstan region Daniyal Akhmetov, Karaganda region Zhenis Kassymbek, Atyrau region Makhambet Dosmukhambetov and others.

Within the framework of the Nurly Zhol State Program, in 2020-2025 it is planned to bring in 100% of republican roads (construction, reconstruction and repair of 21 thousand km) and 95% of regional and district significance (repair of 27 thousand km) to good and satisfactory condition. 112 infrastructure projects will be implemented, 550 thousand permanent and temporary jobs created.

The prime minister noted that this year more than 200 thousand Kazakhstanis will be involved in the construction and reconstruction of republican roads with a total length of 4 thousand km. 2.6 thousand km of traffic will be opened in such sections as Taldykorgan – Ust-Kamenogorsk, Karaganda - Balkhash - Kapshagai, Kalbatau - Maykapshagai, Merke - Burylbaital, Usharal - Dostyk, Aktobe - Astrakhan, Uzynagash - Otar, Petropavlovsk – Russian border, Kostanay - Denisovka.

“In 2020, four times more republican roads were commissioned than last year. On local roads this year will be carried out repair work on 3,5 thousand km. There has never been such a volume of planned work in the history of Kazakhstan, and our task is to fully implement them. All resources must be mobilized,” said Mamin.

The Head of Government instructed the Ministry of Industry and Infrastructure Development, together with the akimats and JS KazAvtoZhol NC to ensure timely commissioning of the volumes planned for the current year, completion of the transfer of roads to toll for 5.7 thousand km of reconstructed sections (Kapshagay - Taldykorgan, Kyzylorda - Shymkent - Taraz, Nur-Sultan - Pavlodar, etc.).

“It is extremely important to use the construction season as efficiently as possible. In the context of restrictions related to the introduction of quarantine in certain settlements, it is necessary to provide a ‘green corridor’ for unhindered supply of fuel and lubricants, road-building materials and equipment to facilities,” Mamin said, instructing to maximize the use of all available capacities of the domestic construction industry.

The prime minister noted the importance of maximizing the use of the country's transit potential and promoting its growth by all means of transport (road and rail container transportation, air cargo), as well as the main operators — KTZh, KazAvtoZhol and Kazaeronavigation.

“I instruct the Ministry of Industry to take the necessary measures to maintain and stimulate the transit flow,” Mamin said.

The prime minister ordered to complete the construction of the passenger terminal of the Shymkent airport and the international airport in Turkistan this year, as well as to begin the reconstruction of the airports in Ust-Kamenogorsk, Usharal and Urjar.

The Head of Government emphasized that all the activities planned for the current year within the framework of Nurly Zhol should be completed in due time.