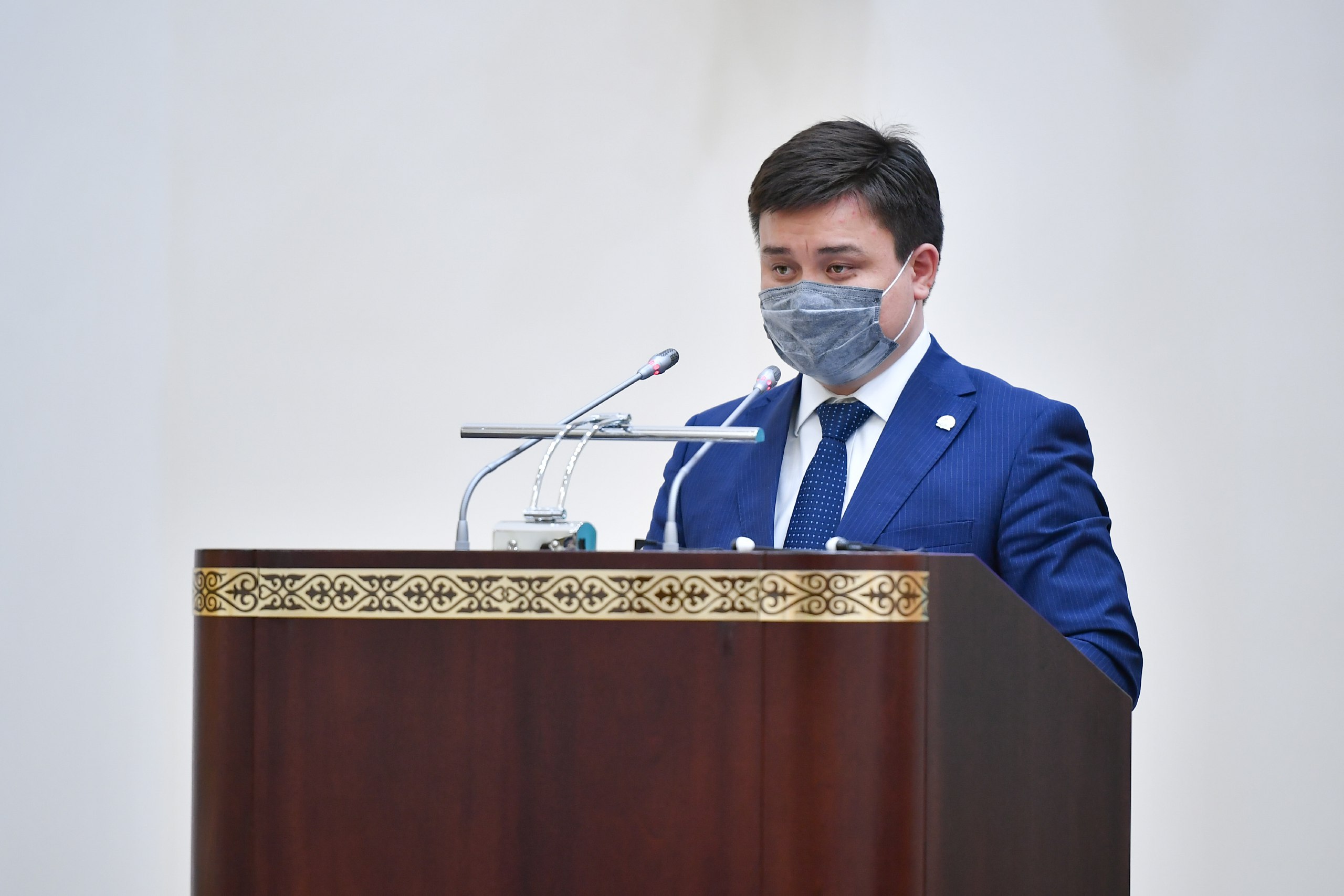 At the government session chaired by Prime Minister Askar Mamin, measures to implement the Address of President Kassym-Jomart Kemelevich Tokayev dated Sep. 1, 2021, “Unity of People and Systemic Reforms — Solid Foundation for the Country's Prosperity" were considered. Minister of National Economy Aset Irgaliyev presented a report on the main measures for the implementation of economic reforms.

Within the framework of the Address to the people of Kazakhstan "Unity of People and Systemic Reforms — Solid Foundation for the Country's Prosperity," the Head of State set specific tasks to ensure high-quality economic growth and improve the living standards of the population.

“In total, about 70 orders have been given. It is necessary to pass 6 laws. These are the Laws on the return of stressful assets to economic circulation, on personal subsidiary plots, on the development of agglomerations, on the development of science, on professional qualifications. Make changes to the Tax and Budget Codes. To approve three concepts: the concept of public finance management, migration policy, as well as family and gender policies,” said Irgaliyev.

Second, the development of "soft" measures within the framework of regulated purchases and state support to stimulate businesses to increase the salaries of their employees.

Third, the introduction of a single payment from the wage fund for micro and small businesses, which provides for a reduction in the payroll burden from 34% to 25% from 2023.

Fourth, an annual increase in salaries for certain categories of civil servants by 20% from 2022 to 2025.

Fifth, providing the opportunity to transfer part of pension contributions, above the sufficiency threshold, to an account with Otbasy Bank for the purchase of housing.

In order to implement the instructions of the Head of State, the Ministry of National Economy will work in 4 main areas.

“In order to improve the efficiency of public finance, a Public Finance Management Concept will be developed. The concept will cover the management of budgetary policy, state and quasi-public debt, as well as the formation and use of funds from the National Fund,” the Minister of National Economy emphasized.

To ensure the prioritization of budget expenditures, it is envisaged to introduce a “block” budget and new budget rules, as well as an objective methodology for allocating budget limits. A per capita financing mechanism will be applied.

A single payment from the wage fund will be introduced for micro and small businesses. This will simplify the procedure for calculating and paying these payments, as well as reduce the overall burden on payroll from 34% to 25% from 2023.

In order to curb the rise in prices for consumer goods, a set of anti-inflationary response measures will be developed. Prompt and medium-term measures will be taken to saturate the market with domestically produced consumer goods. Measures of monetary policy and regulation of the financial market are also envisaged.

In order to effectively develop small and medium-sized businesses, the implementation of the programs Economy of Simple Things and Business Roadmap will continue in 2022. In general, the amount of funding will be at least 1 trillion tenge. The possibility of creating a Fund for the Support of the Creative Industry will be considered.

To stimulate business to increase the salaries of its employees, the so-called "soft" measures will be developed. Privileges in the framework of regulated purchases will be provided, as well as preferential access to state support.

New approaches to the regional development of the country will be developed, including measures to reveal the competitive advantages of each specific region.

For this, the Law "On the Development of Agglomerations" will be developed, which provides for institutional development through a clear division of functions between the city-center and the peripheral zone. Budgetary autonomy will be expanded and unified urban planning of agglomerations will be introduced.

The Territorial Development Plan will enshrine the “people to infrastructure” principle, which provides for the development of promising villages in accordance with the System of Regional Standards.

“In addition, it is envisaged to update the Regional Development Plans in accordance with the approved national goals. By the Ministry of National Economy, each order of the Head of State, given in the Address to the people of Kazakhstan, will be substantively and efficiently worked out,” concluded Aset Irgaliyev.

For the effective implementation of the Address, the work of the ministry will be carried out on the following principles: use of a project-based approach, de-bureaucratization of processes and focus on results.