Government of Kazakhstan signs documents on Dunga and Abay fields 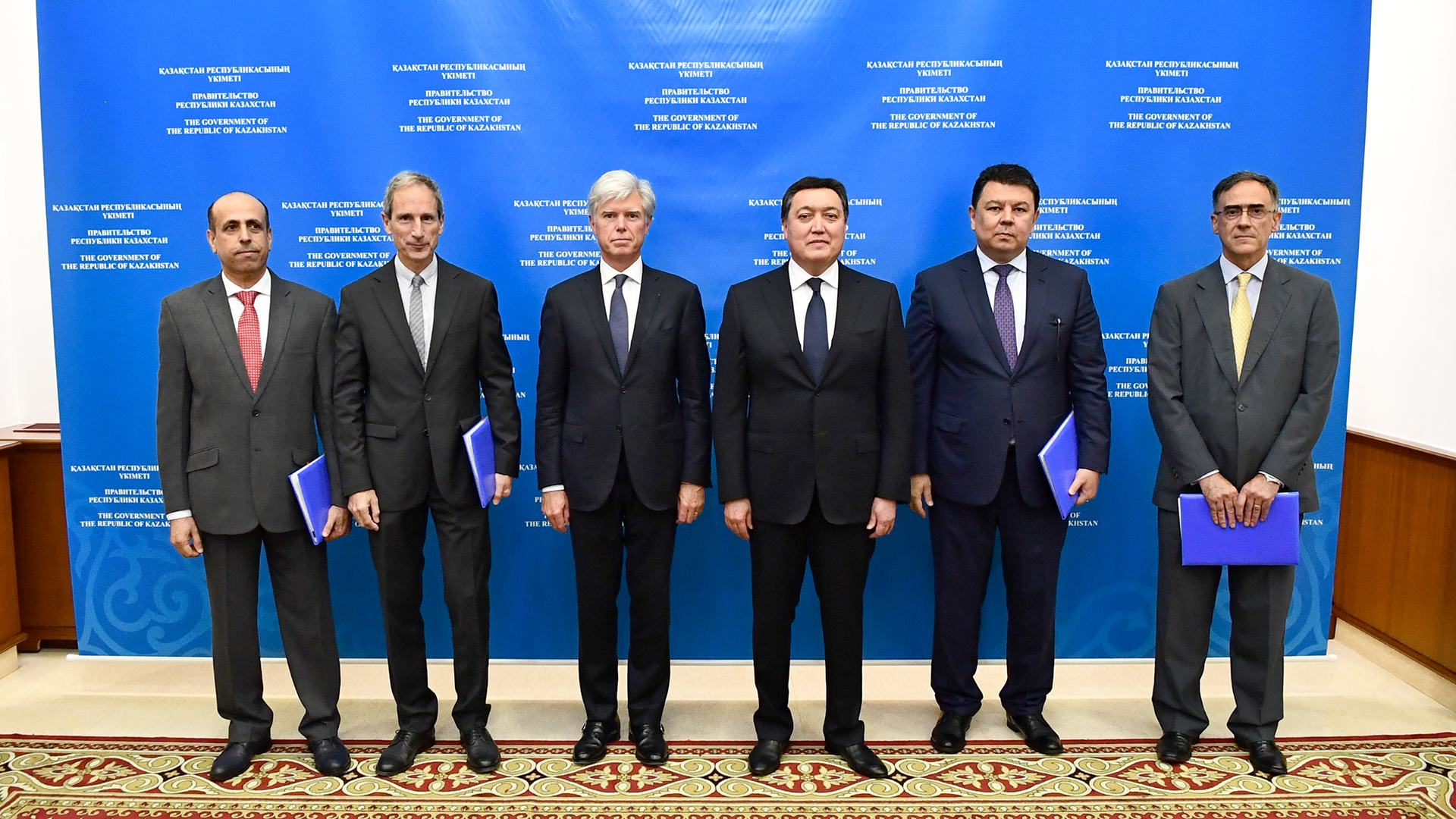 Prime Minister Askar Mamin held talks with representatives of Total led by the President for Exploration and Production Arnaud Breuillac.

At the meeting with the management of Total, a wide range of issues of cooperation in the oil and gas sector was discussed. Particular attention was paid to increasing the Kazakh content in the North Caspian project, developing joint companies for technology transfer and organizing new industries in Kazakhstan. During the meeting, joint projects for the development of renewable energy sources were also considered.

Prime Minister Askar Mamin noted that the effect of implementing social projects is important. This is, first of all, the creation of new qualified jobs, which will ensure the productive employment of the local population.

Following the meeting, the signing of documents on the projects Dunga and Abay took place.

The signatories of the document on the Dunga field were the Minister of Energy of Kazakhstan Kanat Bozumbayev and the Total’s Vice President for the Caspian Sea and Southern Europe Bernard Clement, Director of joint ventures Oman Oil Exploration and Production Abdul Wahab al Bulushi, Member of the Board of Partex Oil and Gas Fernando Alves.

According to the agreement, the term of the production sharing agreement for the Dunga field will be extended for 15 years from 2024 to 2039, which will make it possible to produce an additional 9 million tons of oil. The parties also agreed on the implementation of Phase 3 of the development of the Dunga field, under which companies will invest about $300 million, which will increase the maximum level of oil production from the current 600 thousand to 850 thousand tons per year.

An important condition of the document is an increase in the share of Kazakhstan in the section of profitable products under the Agreement on a progressive scale from the current 40% to 60% by Jan. 1, 2025. The agreement enshrines the obligations of companies to supply part of the extracted oil to the domestic market of Kazakhstan and finance social infrastructure projects for at least $1 million annually. In turn, the protocol of direct negotiations on the provision of subsoil use rights for the exploration and production of hydrocarbons in the framework of joint activities on the Kazakh side of the Abay offshore sector in the Caspian Sea was signed by the First Vice Minister of Energy Makhambet Dosmukhambetov, Deputy Chairman of the Board of KazMunayGaz JSC Kurmangazy Iskaziyev and Executive Vice President of ENI for the Central Asian region Luca Vignati.

In general, the implementation of the agreement will lead to an increase in the economic benefits of the project for Kazakhstan, as well as the creation of an additional amount of work and services for oilfield service companies and new jobs in the region.