Under Nurly Zhol State Program, it is planned to implement 112 infrastructure projects by 2025 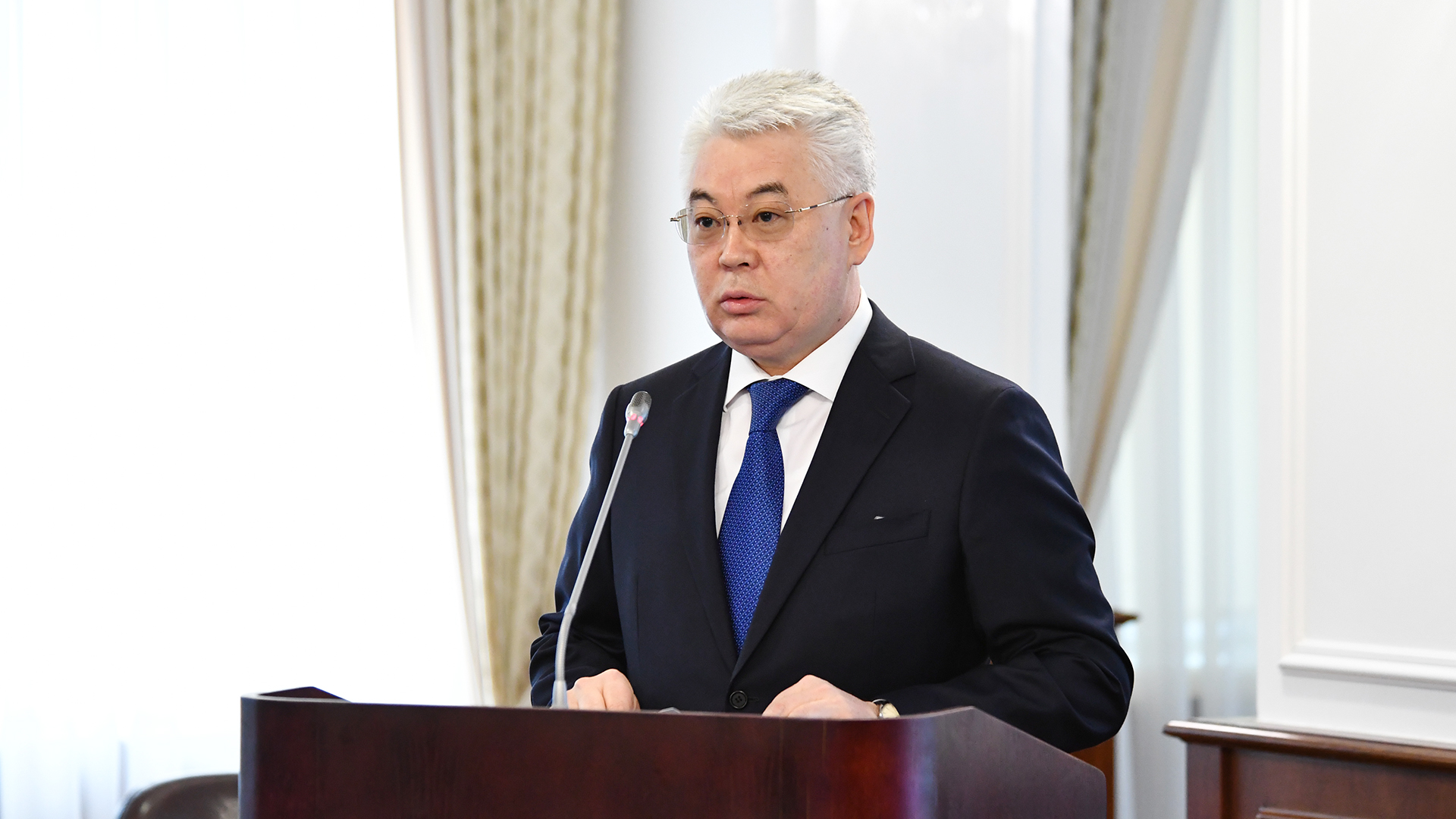 The Nurly Zhol State Infrastructure Development Program for 2020–2025 aims to create an efficient and competitive transport infrastructure, develop transit and transportation services, and improve the technological and institutional environment.

According to the Minister of Industry and Infrastructure Development Beibut Atamkulov, within the framework of the Program until 2025, it is planned to implement 112 infrastructure projects totaling 5.5 trillion tenge.

“In the next six years, within the framework of the program, it is planned to build and reconstruct 10 thousand km of roads, as well as major and medium repairs of 11 thousand km of roads of the republican network. The total funding for the road industry will amount to 3.5 trillion tenge. The implementation of the program will allow to increase the share of republican roads in good and satisfactory condition to 100%, increase the length of roads of I and II technical categories to 60%, the share of toll roads to 45%, with 100% provision of roadside service facilities,” the minister informed.

“Regarding the republican network, construction and reconstruction work will be carried out on 4 thousand km of roads. Major and medium repairs will cover 1.5 thousand km, of which 1.1 thousand km will be completed,” said the minister.

At the same time, by the end of the year it is planned to carry out installation of charge systems for 5.7 thousand km, bring 158 service facilities in line with the requirements of the national standard, build 23 gas stations with sanitary and hygienic units, and separately install 62 sanitary and hygienic nodes.

“According to the results of the year, the share of good and satisfactory roads of republican significance will be brought up to 89%, local to 75%, respectively. At the end of 2020, it is planned to open traffic on road sections with a total length of 2.6 thousand km. For the timely implementation of the projects, all preparatory work has been completed,” Atamkulov said.

As the minister noted, basically all the applied material is of domestic production. At the end of March, construction and installation works began in the southern regions.

As favorable weather conditions begin, work will be moved to the northern regions, and by the end of April, construction work will be launched on all projects.

“In all areas, the necessary measures have been taken to protect personnel from the coronavirus. All employees are provided with personal protective equipment,” the minister said.

By 2025, it is planned to repair more than 27 thousand km of roads of the local network, which will make it possible to bring to good and satisfactory condition 95% of the roads of regional and district significance.

In 2020, 259 billion tenge was provided for the repair of the local network, of which 201.4 billion tenge on the roads of regional and district significance, 4.1 billion tenge for the purchase of land plots in the cities of Nur-Sultan and Almaty.

By the end of the year, it is planned to cover 4 thousand km with repairs, with the implementation of 350 road projects, where 31 thousand people will be involved.

According to Atamkulov, in the field of civil aviation due to the coronavirus pandemic today, unfortunately, domestic (100%) and international (98%) flights has been suspended.

But despite the current situation, for the first quarter of this year continued positive growth in terms of passenger flow. The number of passengers carried over the reporting period amounted to 1.7 million people, which is 5.2% more than the same period in 2019.

It should be noted that until the suspension of air transportation, Kazakhstan had air links with 26 foreign countries on 99 international routes.

“We are hoping that we will soon return to normal operation, resume all flights and complete all planned tasks in the civil aviation industry. In general, according to forecasts of representatives of the civil aviation industry of the Republic of Kazakhstan, the loss of operating income in the industry may amount to about 300 billion tenge by the end of the year,” Atamkulov said.

In the field of railway transport, by 2025 it is planned to reduce depreciation of the main railway network to 49% and locomotives to 58%.

“Everyone knows that there is a shortage of passenger cars, so it is planned to purchase 600 new passenger cars within six years. This year 50 wagons will be purchased, 20 billion tenge has already been allocated for budget lending,” the minister informed.

At the same time, it should be noted that it is planned to attract 657 billion tenge, of which 455 billion tenge private, to upgrade the rolling stock.

In the field of road transport, until 2025 in the regions it is planned to build four bus terminals, 6 bus stations and 33 passenger service points.

Now the ministry is working to increase the share of domestic automobile freight carriers in the international market. In 2020 it is planned increase in passenger traffic by 2.5% and cargo turnover by 1.5%, compared with last year.

In order to increase the number of bus terminals and bus stations complying with the National Standard, incentive measures are being developed together with local executive bodies for entrepreneurs.

In the field of water transport, until 2025, it is planned to purchase 2 ferries and 4 dry cargo vessels, which will further increase the volume of cargo transportation, as well as increase the presence of the Kazakh fleet in the Caspian Sea to 35%.

It is also planned to carry out major repairs of shipping locks to reduce the accident rate to 10.3% and to increase the throughput capacity of locks to 350 vessels per year.

For the current year, 1.9 billion tenge has been allocated for these purposes for the repair of reinforced concrete structures and lifting equipment. 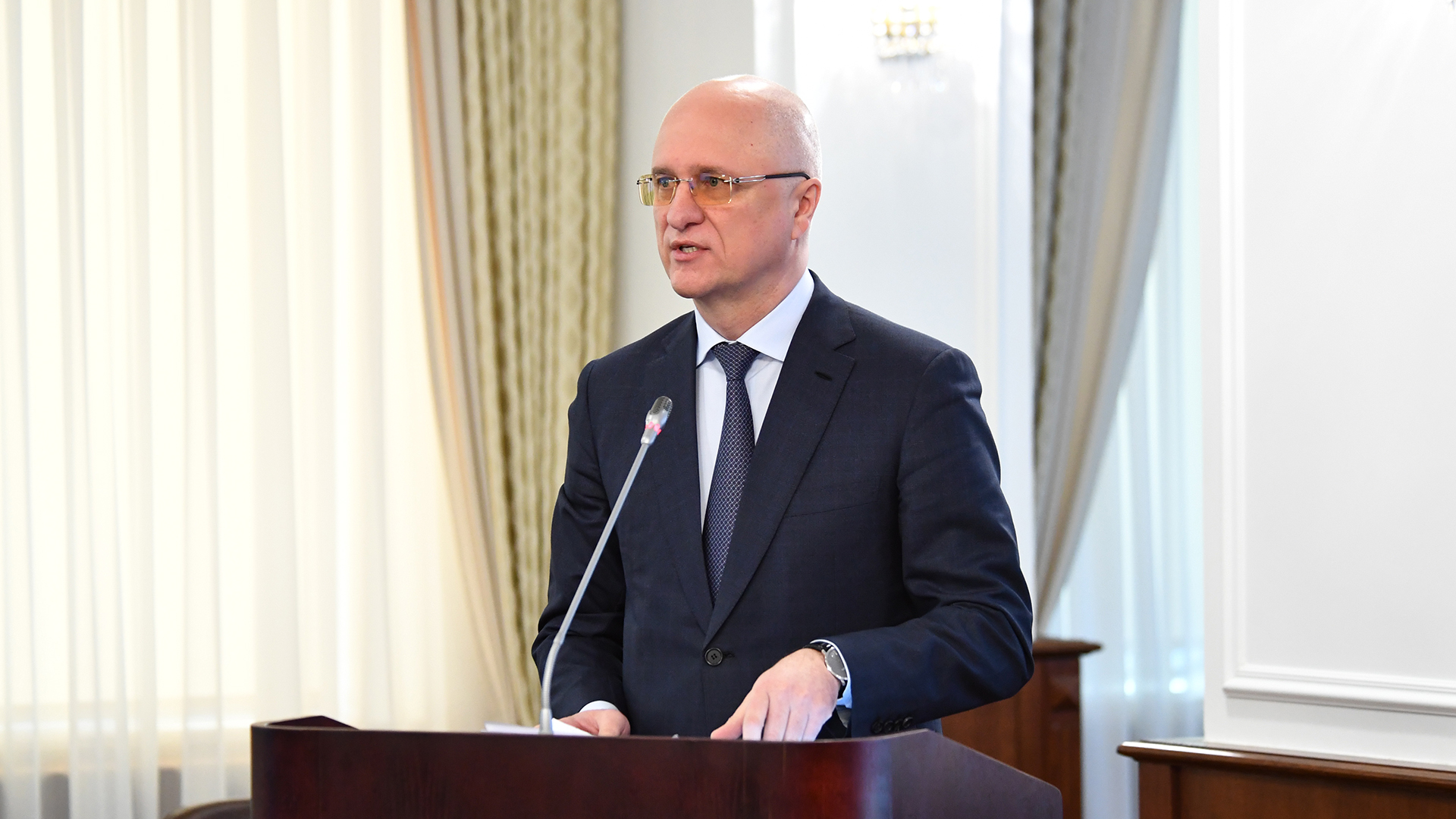 Deputy Prime Minister Roman Sklyar noted that the announced projects will create new jobs primarily in the regions, which is one of the state’s priority tasks.

“This year, several projects are planned to be implemented, including an unprecedented number of newly commissioned roads of 2,600 km. The electrification of the railway will continue. It is also planned to introduce tolls for 11 thousand km of republican roads, which will reduce further funding for the maintenance of these sections of roads from the budget and allocate the released funds to the development of other equally important projects,” Sklyar said.