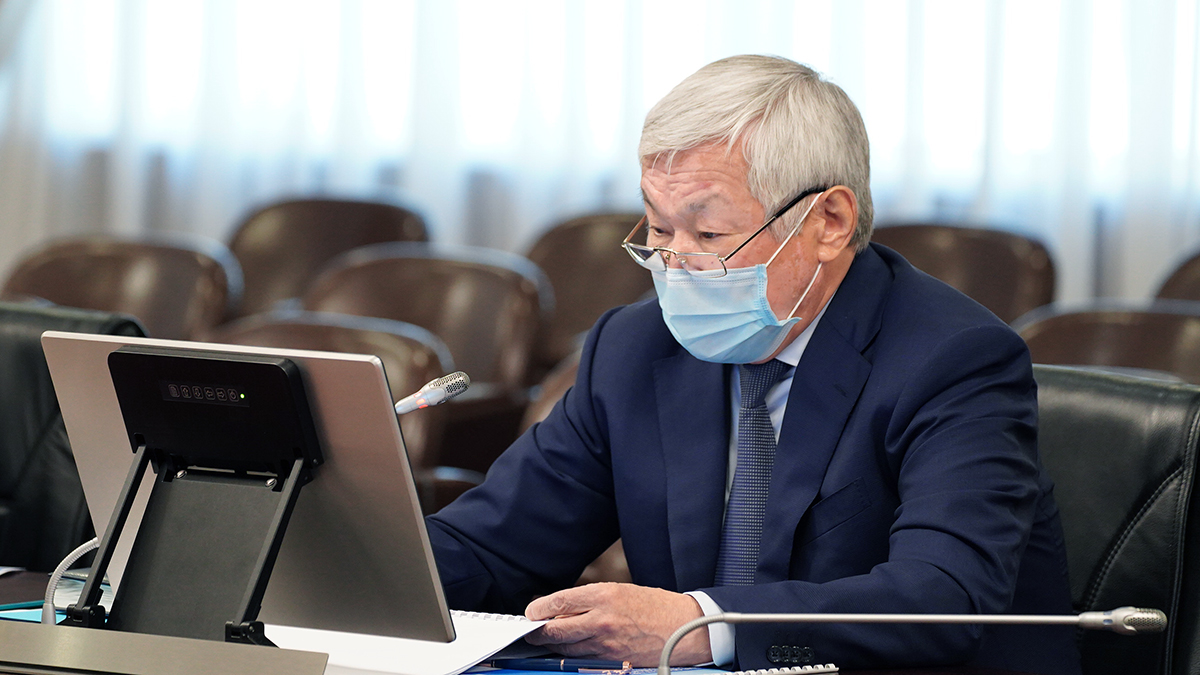 At the government session chaired by the Prime Minister of the Republic of Kazakhstan Askar Mamin, the issue of scaling the pilot project to increase the income of the rural population in the Zhambyl region was considered.

According to the akim of Zhambyl region Berdibek Saparbayev, the population of the region is 1,139 thousand people, including 685.1 thousand people (60.1%) live in rural areas.

In 5 directions of the pilot project "Increasing the income of the population of the Zhambyl region", which started in 2019, a total of 9.2 billion tenge of credit was spent.

2,478 residents and 11 new agricultural cooperatives from 25 settlements of 11 pilot rural districts, 10 districts of the region took part in the project and received loans.

The project was implemented in 5 directions.

First direction. A 95% increase in the effective use of personal plots.

Second direction. 6.4 billion tenge was allocated for the development of the livestock sector, 45,032 head of cattle were purchased.

Fourth direction. To provide agricultural cooperatives with the necessary machinery and equipment, 972.4 million tenge was allocated, 190 units of agricultural machinery were purchased.

It should be noted the results achieved at the first stage of the pilot project:

According to the Vice Minister - Acting Minister of Agriculture Yerbol Karashukeyev, in June 2021, an interdepartmental group consisting of representatives of the Presidential Administration and central state bodies, as well as NCE Atameken analyzed the interim results of the pilot project.

In pursuance of the instructions of the President of the Republic of Kazakhstan, given at the extended meeting of the Government on July 10, 2021, the Ministry of Agriculture included in the developed national project for the development of the agro-industrial complex for 2021-2025 the further scaling of the project to increase the income of the rural population in the Zhambyl region to all regions of Kazakhstan. To date, the national project is undergoing the approval procedure in state bodies.

The Ministry of Agriculture, together with the Ministry of Labor and Social Protection of the Population, studied the possibility of scaling the project in the regions.

"The terms of financing for private household plots will be preferential: the average loan amount is up to 4 million tenge, the loan term is up to 7 years, the loan rate is 2.5% per annum," said Karashukeyev.

For the successful scaling of the project, the regional akimats need to:

First, study the features of microcrediting through an attorney agent represented by social and entrepreneurial corporations of the region, based on the experience of the Zhambyl region. Local executive bodies should understand that the akimat will be responsible for non-repayment of loans.

Second, to carry out explanatory work with the population of rural districts on the terms of the project.

Third, to analyze the potential for the development of livestock and crop production in the region, the level of provision with agricultural machinery, as well as the possibilities of marketing the products.

Local executive bodies also need to work out a preliminary pool of potential borrowers for each phase of the project together with NPP Atameken. Oblast akimats must determine a specific list of rural districts in which the project will be implemented.

“In rural areas, the proportion of those who receive income below the subsistence level is 2 times higher than in cities. Firstly, this is due to the lack of jobs in the villages. 1.2 million people or more than 30% of those working in rural areas are self-employed (the share of self-employed in cities is 16%). Secondly, the limited opportunities for entrepreneurship in rural areas in comparison with cities due to the relatively low volume of the sales market,” explained Serik Shapkenov.

“For this purpose, amendments have been made to the Enbek state program, providing for special conditions for the implementation of the pilot project, namely: the remuneration rate for microcredits was 2.5%; for the first time microcredits under the program were issued through an attorney agent; mechanisms for providing additional microcredits at the expense of repayable funds are considered. The pilot was implemented in 11 rural districts of 10 districts. As a result, 2.5 thousand families, or almost 14 thousand people, are provided with a stable income; the number of entrepreneurs increased from 966 to 3,248, that is, every third household is engaged in entrepreneurial activity; the number of unemployed and recipients of TSA decreased by 2 and 3 times, respectively,” informed Serik Shapkenov.

The minister also noted that the mechanisms of the pilot project were taken into account when developing the National Project for the Development of Entrepreneurship for 2021-2025.

For the development of entrepreneurship in rural areas, measures will be implemented to survey households through questionnaires, determine the real demand and supply for goods and services based on the data obtained, and develop master plans for the districts.

Complex measures of state support will also be presented:

- assistance in the development of business projects;

- provision of microcredits and grants;

- organization of sales of products and services (for this, assistance will be provided in establishing contacts with large retail chains, markets, shops).

“Next year, the selection of business projects for lending and grant support will be carried out taking into account the master plans. For the maximum automation of the processes of filing and considering applications on the basis of the electronic labor exchange, a ‘single window’ for supporting entrepreneurial initiatives will be launched,” the minister added.

At the end of his speech, Serik Shapkenov, taking into account the results of the implemented pilot project in the Zhambyl region, proposed to continue the implementation of the developed mechanisms for increasing the income of the rural population within the framework of national projects.

“The implementation of the project in the republic will contribute to a decrease in the share of the rural population with incomes below the subsistence level by 12%, unproductively employed up to 9.7% and an increase in real money income by 27.1%, the number of individual entrepreneurs by 195 thousand people,” he summed up.