Along with growth in real sector, recovery of activity in service sector began in September 2020 — Askar Mamin 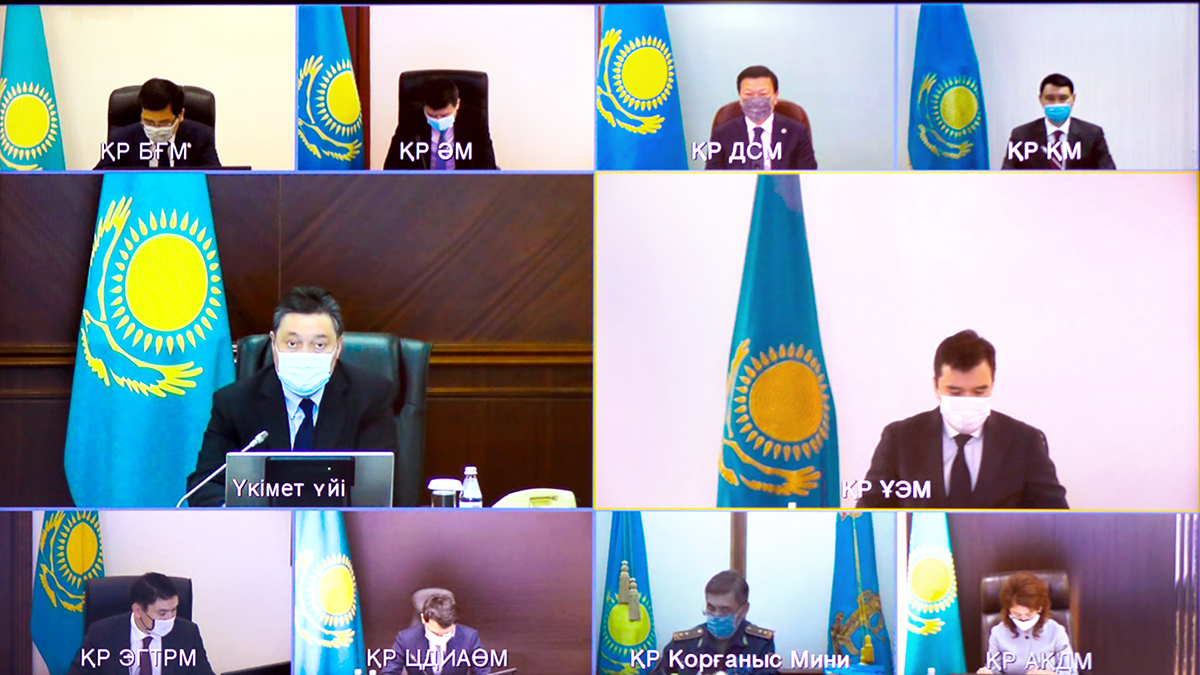 Results of the country's socio-economic development and execution of the republican budget for January-September 2020 were considered at a government session chaired by Prime Minister Askar Mamin.

Thanks to the measures taken in the basic sectors of the economy following the results of nine months of this year, a positive growth trend remains. In the manufacturing industry, growth was ensured by 3.3%, of which in pharmaceuticals — by 39.8%, the production of finished metal products — by 18.9%, mechanical engineering — by 16.6%, including the automotive industry — by 51.6%, as well as paper products — by 15.1% and light industry — by 14.1%.

Construction volumes increased by 10.5%, housing commissioning — by 9%, or about 9.6 million square meters. In agriculture, a steady growth of 5% was ensured, a good harvest was collected. The gold and foreign exchange reserves of the Republic of Kazakhstan and the assets of the National Fund as of Oct. 1, 2020, amounted to $91.1 billion.

Positive dynamics remains in such important areas of the mining sector as the production of metal ores (+1.2%) and other minerals (+0.4 %). At the same time, in the context of the need to fulfill the agreements reached by OPEC +, a decrease in oil production is observed (-3.5%).

In September, an active revival of the service sector began — in comparison with August, trade grew by 2.7%, communications — by 1.3%, transport and warehousing — by 1.2%. The growth of the service sector testifies to the revitalization of small and medium-sized businesses, which contributes to the creation of new jobs and an improvement in the well-being of citizens.

“A stable trend of growth of indicators demonstrates the recovery of the economy as a whole,” Mamin said.

Akmola, Almaty, Zhambyl, Kostanay, Pavlodar, North Kazakhstan regions and Shymkent provided the growth of socio-economic development in 5 out of 7 key indicators. Positive dynamics in 4 indicators was achieved in Aktobe, Karaganda, Mangystau, Turkistan, East Kazakhstan regions, the cities of Nur-Sultan and Almaty. Due to a decrease in production in the oil and gas sector, among the lagging regions are the Kyzylorda, Atyrau and West Kazakhstan regions.

“In general, the economy of Kazakhstan, despite the serious impact of the pandemic and the global economic crisis, demonstrates an increase in indicators both in the real sector and in the service sector,” Mamin said.

The Head of Government instructed the regional akims to intensify work to ensure the effective implementation of all tasks set by the Head of State.

“With regard to the revenue side of the budget, by the end of the year it is necessary to achieve 100% fulfillment of the approved plan. In terms of budget execution under current conditions, the heads of central and local authorities must ensure effective and timely development by the end of the year. There are three months left until the end of the year and every effort should be made to complete all projects and implement plans,” the prime minister emphasized.