Gross livestock production increased by 10.5% in first half of 2019 — Ministry of Agriculture 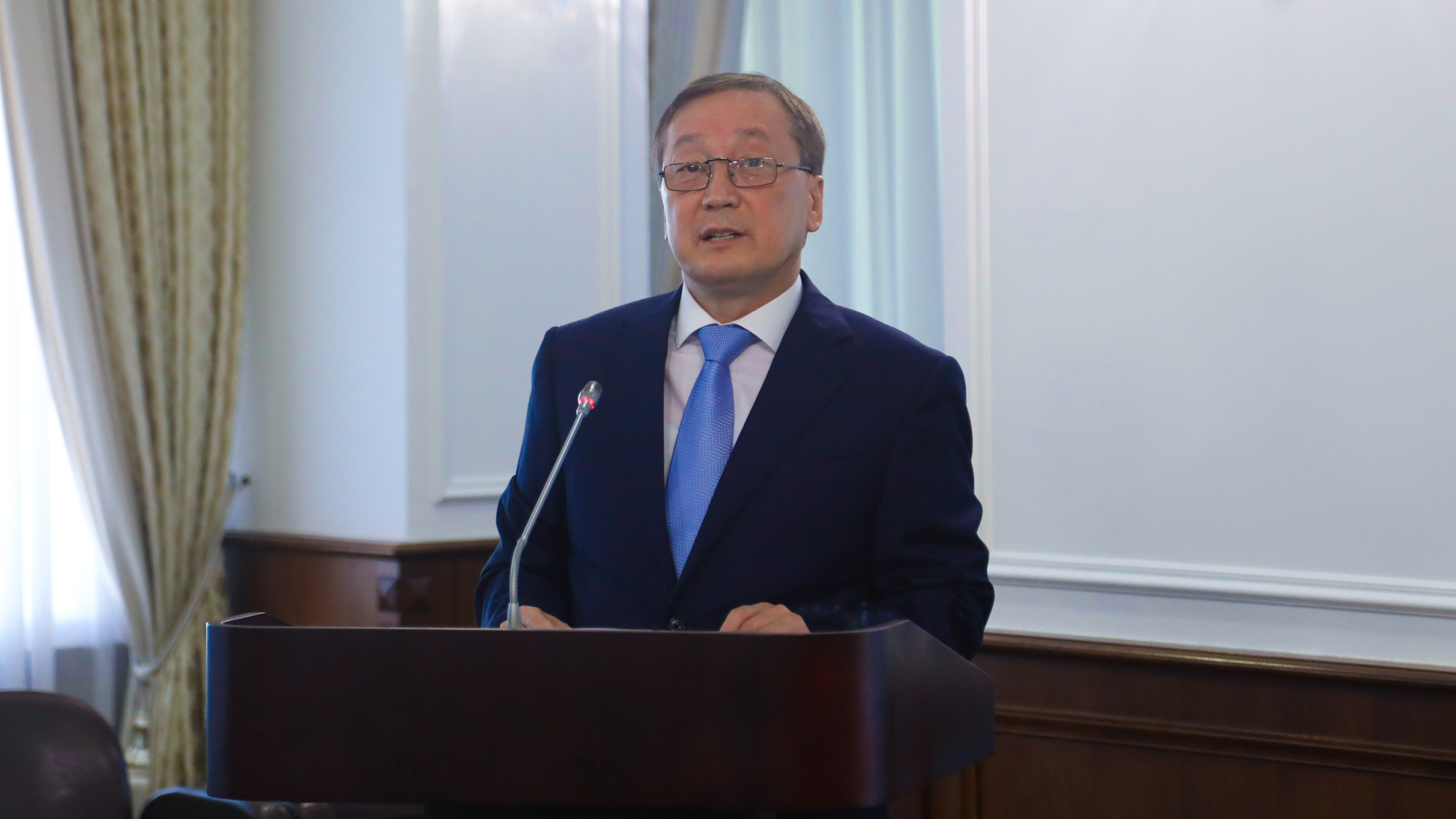 Government session chaired by the Prime Minister Askar Mamin discussed issues of the development of the livestock industry.

As the Minister of Agriculture of Kazakhstan Saparkhan Omarov noted, in the first half of 2019, gross livestock production increased by 10.5% from 962.2 billion tenge to 1,063.5 billion tenge compared to the same period last year.

“Over 5 years with a constant increase in consumption, poultry meat production increased by 40% and amounted to 192 thousand tons. At the same time, the consumption of poultry meat is growing rapidly. The pace of export of edible eggs is increasing: according to last year’s results, 680 million eggs were exported,” said Omarov.

As the minister stressed, the positive dynamics is preserved in the growth of the livestock of agricultural animals and poultry in agroformations.

In the framework of the 2017–2021 State Program for the AIC Development, the Ministry of Agriculture implemented long-term sectoral programs for the development of livestock industries.

The long-term program for the development of beef cattle breeding envisages the creation in 10 years of 80,000 family farms in beef cattle and sheep farming, which will work in cooperation with feedlots and meat processing plants. The program is aimed at increasing the export potential of beef and lamb.

The long-term program of dairy farming is aimed at import substitution of dairy products. In general, by increasing the number of industrial and family-type dairy farms, it is planned to increase the volume of milk production by 1 million tons to replenish processing capacity.

The pig development program is focused on the development of pork exports to the Chinese market. In general, it is planned to increase the volume of pork production by 2 times.

In accordance with the task set in the framework of the Nation’s Plan“100 Steps,” work is underway to attract strategic investors and transnational companies to the processing sector.

In turn, Chairman of the Board of Kazagro Holding Yerbol Karashukeyev noted that in 2018, the holding significantly increased agribusiness financing to 400 billion tenge, which, against the background of a sharp drop in bank lending, allowed the industry to maintain a steady growth in livestock and agriculture in general. In 2018, the holding allocated 114 billion tenge for lending livestock, which is 30% of the total volume of loans issued. In the structure of animal husbandry, loans in the meat sector were issued for 96 billion tenge, for dairy — for 18 billion tenge.

“In 2019, the holding plans to allocate about 134 billion tenge for the development of animal husbandry, while 60% of the funding will be provided from its own and attracted funds of the holding’s subsidiaries,” said Karashukeyev.