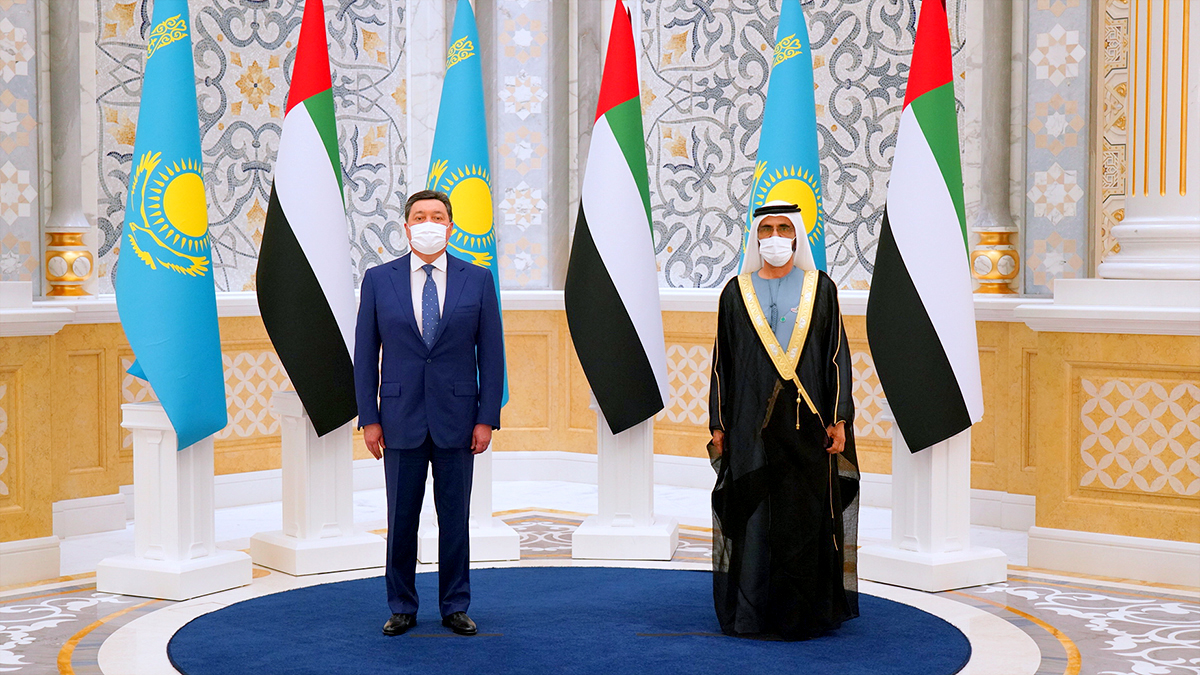 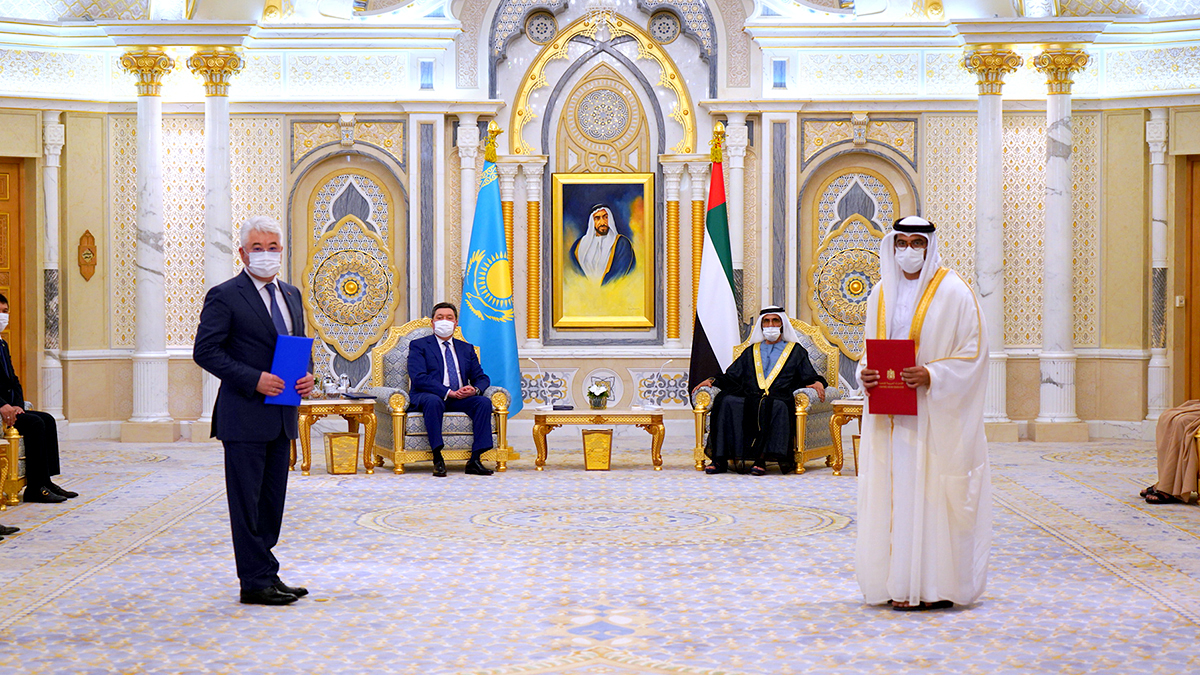 The parties discussed the progress in implementing the agreements reached earlier and the prospects for bilateral cooperation in trade and economic, financial and investment, transport and logistics, agro-industrial, tourism, space, mining and metallurgical, energy and other areas. 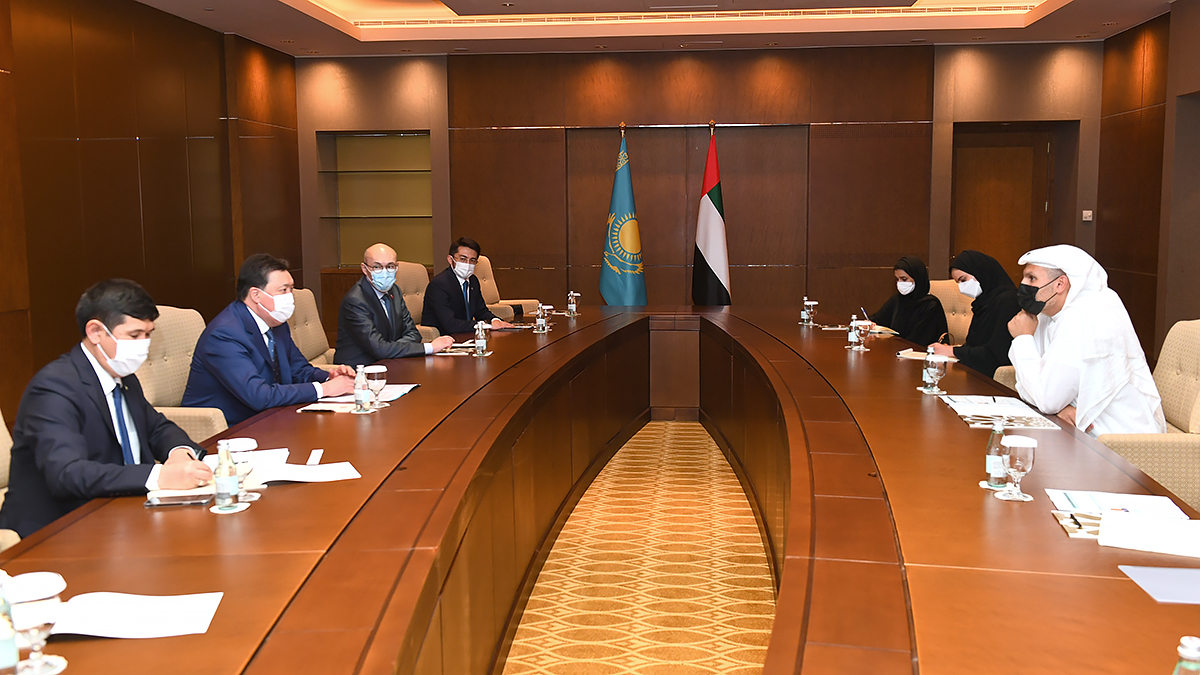 As a result of the negotiations, 17 intergovernmental and commercial agreements were signed between the Republic of Kazakhstan and the UAE on the implementation of joint projects for the construction of poultry farms and dairy farms, the production and processing of fruits and mushrooms, cooperation in the mining and metallurgical industries and geological exploration, the creation of an Industrial Park in the industrial zone of the city of Ekibastuz, tourist complex Katon-Karagay in the East Kazakhstan region, as well as the opening in Kazakhstan of the production of components for electric vehicles. 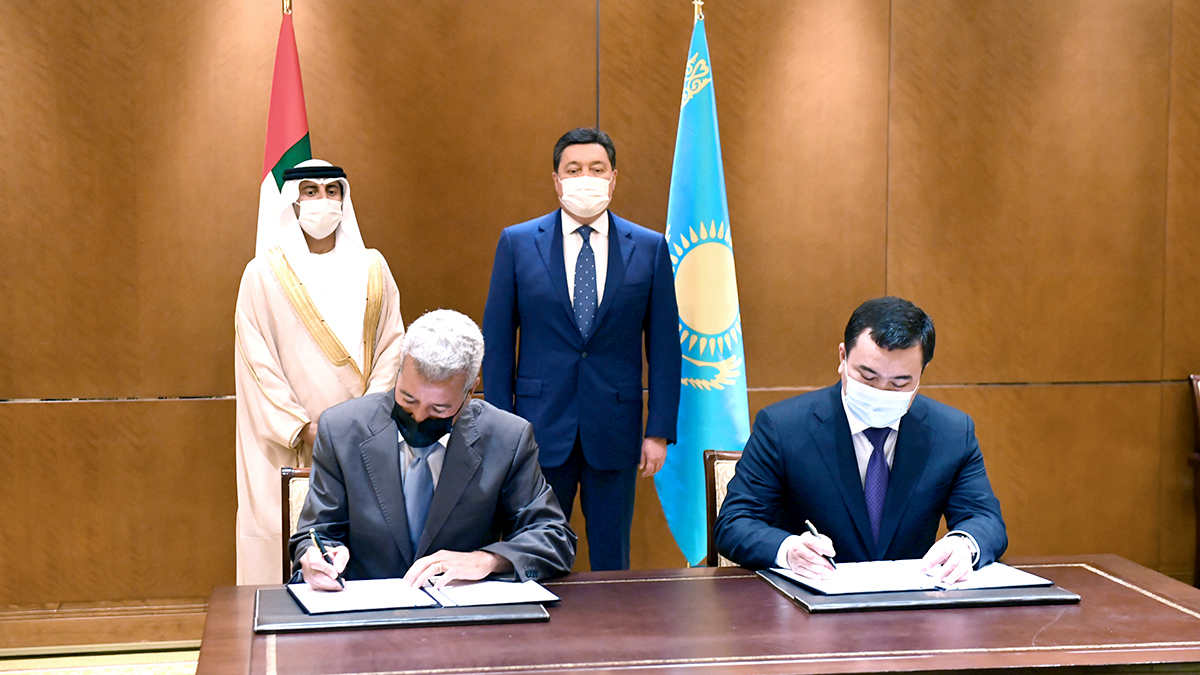 The UAE will take part in the implementation of water supply and sewerage projects in the Karaganda region, which involve the transfer of advanced technologies and the subsequent localization of production in Kazakhstan.

To finance projects in the agro-industrial complex, Kazakhstan and the UAE will establish a joint fund with a total capital of $100 million.

Cooperation in the field of E-Banking will develop at the AIFC site. 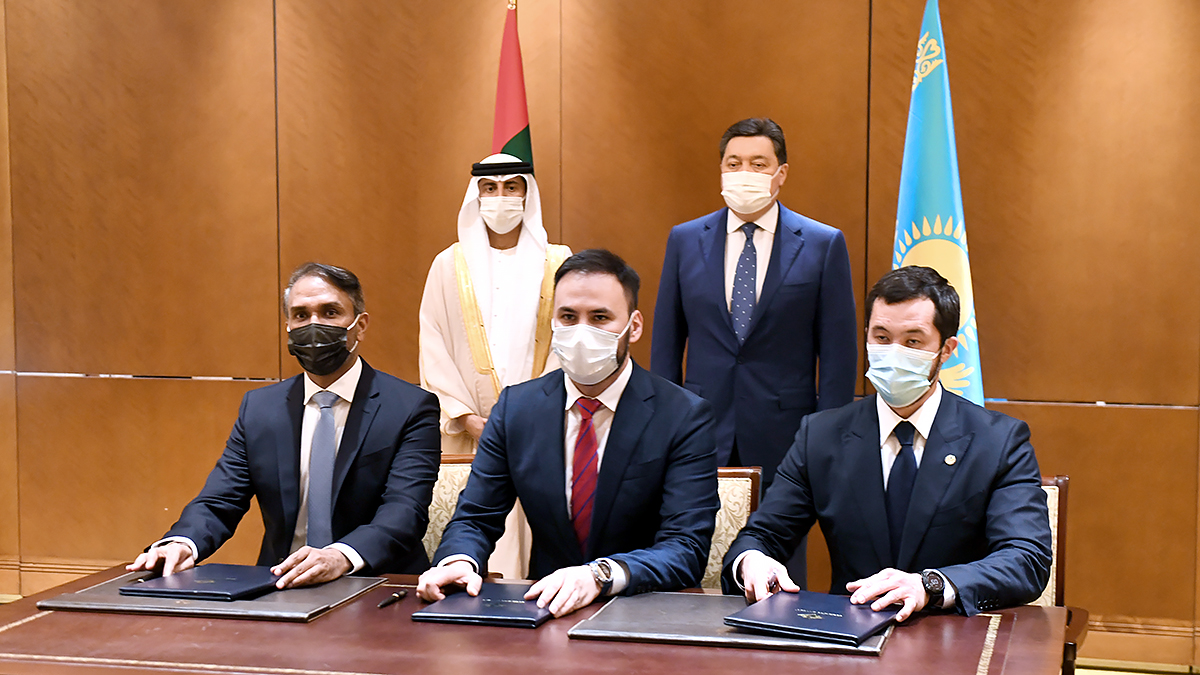 The total investment in the economy of the Republic of Kazakhstan for these projects will amount to about $2.2 billion. Investment projects provide for the creation of new industries with high added value and profitability, as well as great demand potential both in the domestic and promising foreign markets. Their implementation will create new high-quality jobs in Kazakhstan, introduce advanced technologies and practices.

As part of the expansion of flights between the two countries, the Emirati low-cost airline Wizz Air Abu Dhabi will begin regular passenger air transportation on the Abu Dhabi - Almaty and Abu Dhabi - Nur-Sultan routes in May 2021.

Mamin laid flowers at the memorial to the heroes of the UAE Uahat al-Karama, got acquainted with the ongoing projects on the territory of the Masdar eco-city and visited the Mohamed bin Zayed University of Artificial Intelligence. 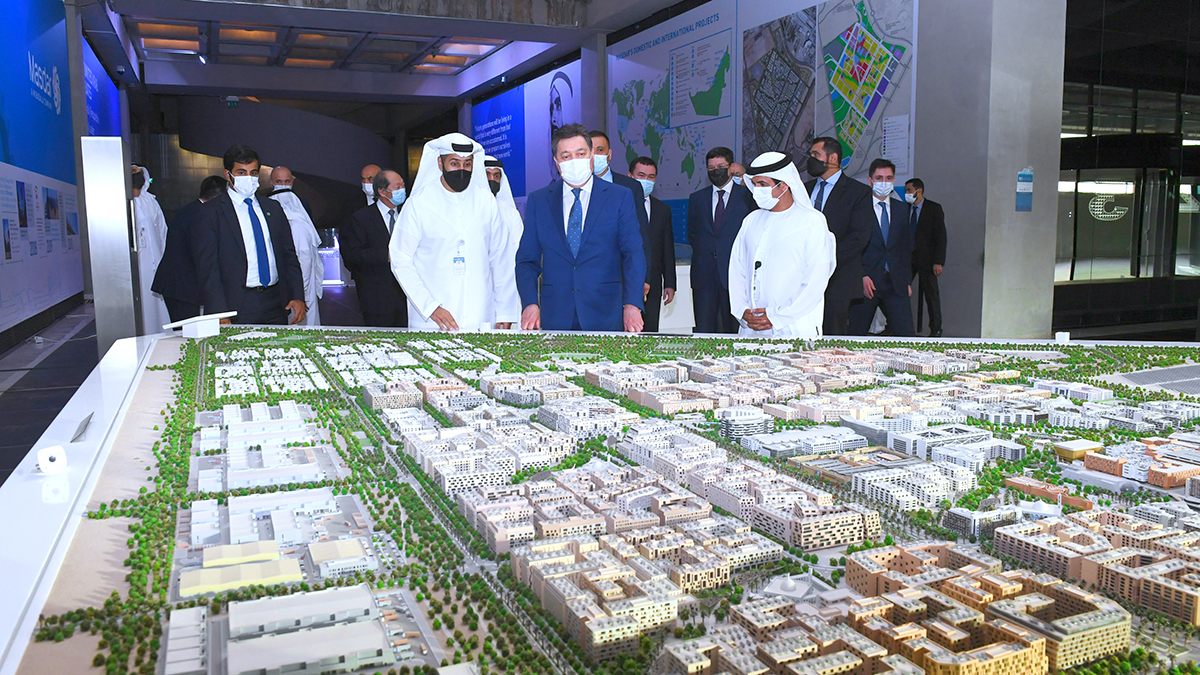 In Dubai, the head of government held talks with the management of the Dubai International Financial Center and the Dubai Investment Corporation, during which he discussed further prospects for the development of financial and investment cooperation between Kazakhstan and the UAE, including at the AIFC site. 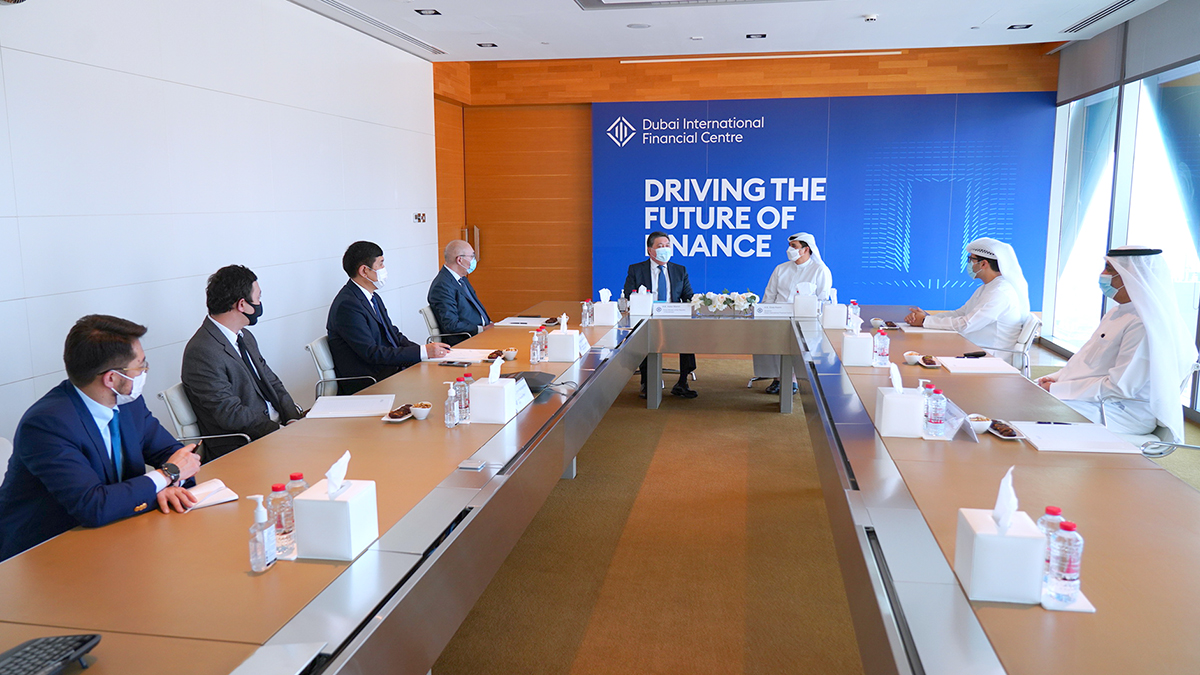 The head of the Agency for Strategic Planning and Reforms - AIFC Governor Kairat Kelimbetov, Minister of Industry and Infrastructure Development Beibut Atamkulov, Minister of Agriculture Saparkhan Omarov, Minister of Ecology, Geology and Natural Resources Magzum Mirzagaliyev, Minister of Justice Marat Beketayev, Akims of East Kazakhstan region Danial Akhmetov, Karaganda region - Zhenis Kassymbek, Chair of the Board of Baiterek NMH JSC Aidar Arifkhanov, representatives of business circles of the Republic of Kazakhstan and others took part in the working trip.