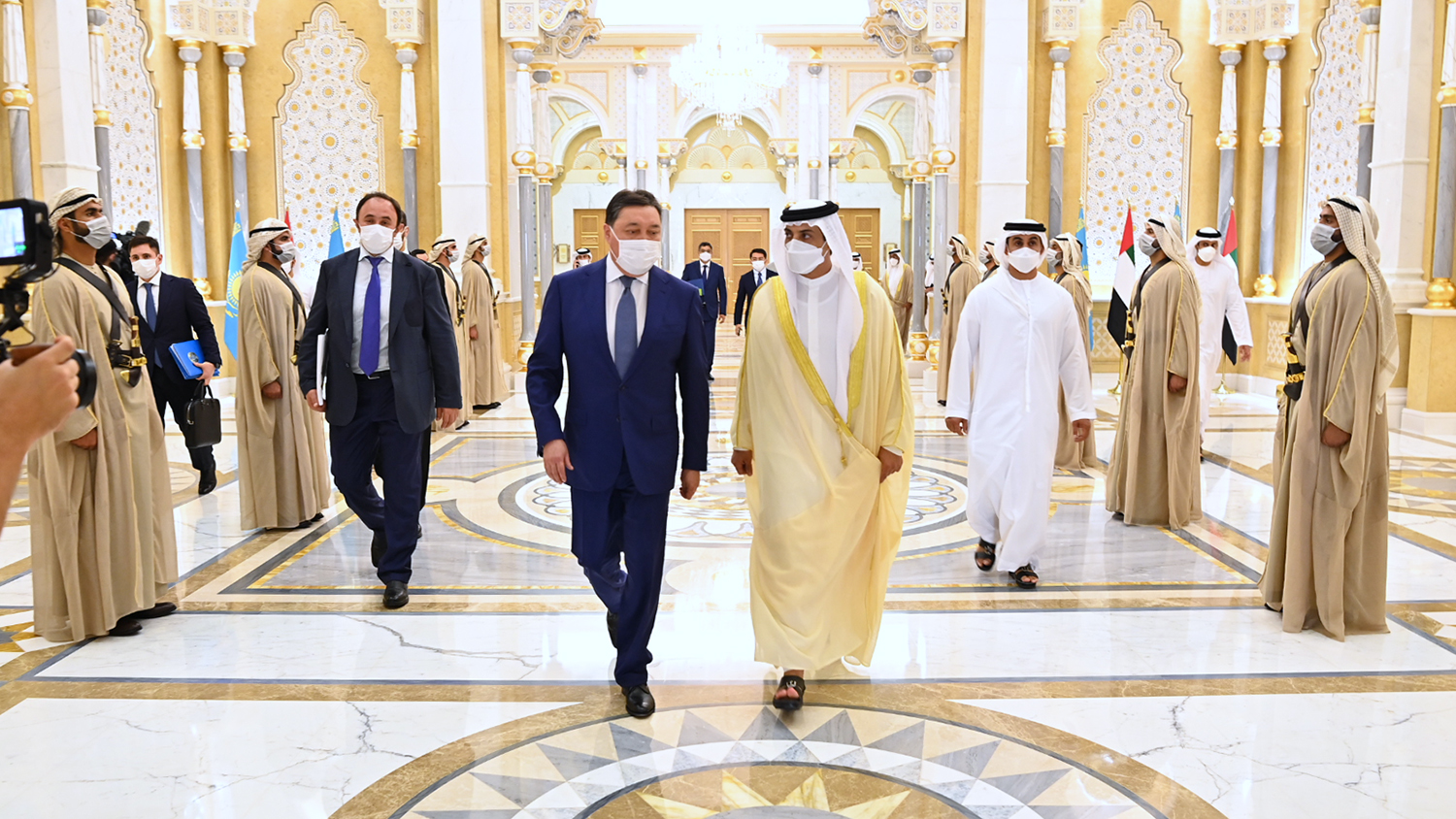 On Oct. 9-10, 2021, Prime Minister Askar Mamin made a working trip to the United Arab Emirates.

In Abu Dhabi, the Head of Government held talks with the Deputy Prime Minister, Minister of Presidential Affairs of the UAE Sheikh Mansour bin Zayed Al Nahyan, as well as the leadership of state development institutions and holdings Abu Dhabi Developmental Holding Company (ADQ) and other leading companies in the UAE. 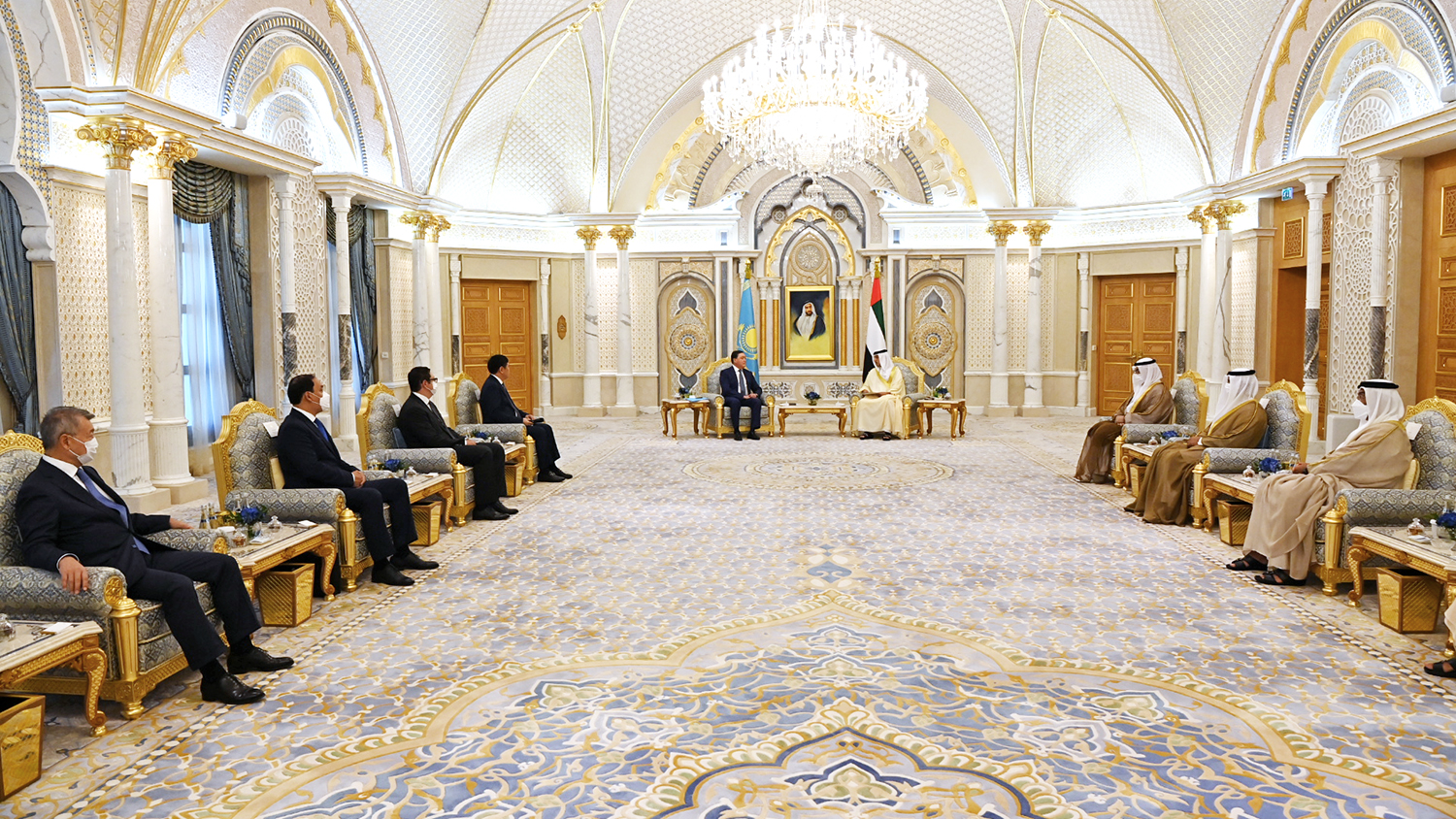 The parties discussed the progress in the implementation of the agreements reached earlier and the prospects for bilateral cooperation in trade and economic, financial and investment, energy, transport and logistics, agro-industrial and other spheres. Currently, Emirati companies are involved in the implementation of 11 large investment projects in Kazakhstan with a total value of over $3.5 billion.

Following the negotiations, an intergovernmental agreement was signed to establish a long-term strategic partnership for the development of projects in priority sectors of the economy. The document is aimed at the implementation of projects in the energy, agro-industrial, transport and logistics, pharmaceutical and financial sectors of the national economy of Kazakhstan with a total investment of more than $6 billion. 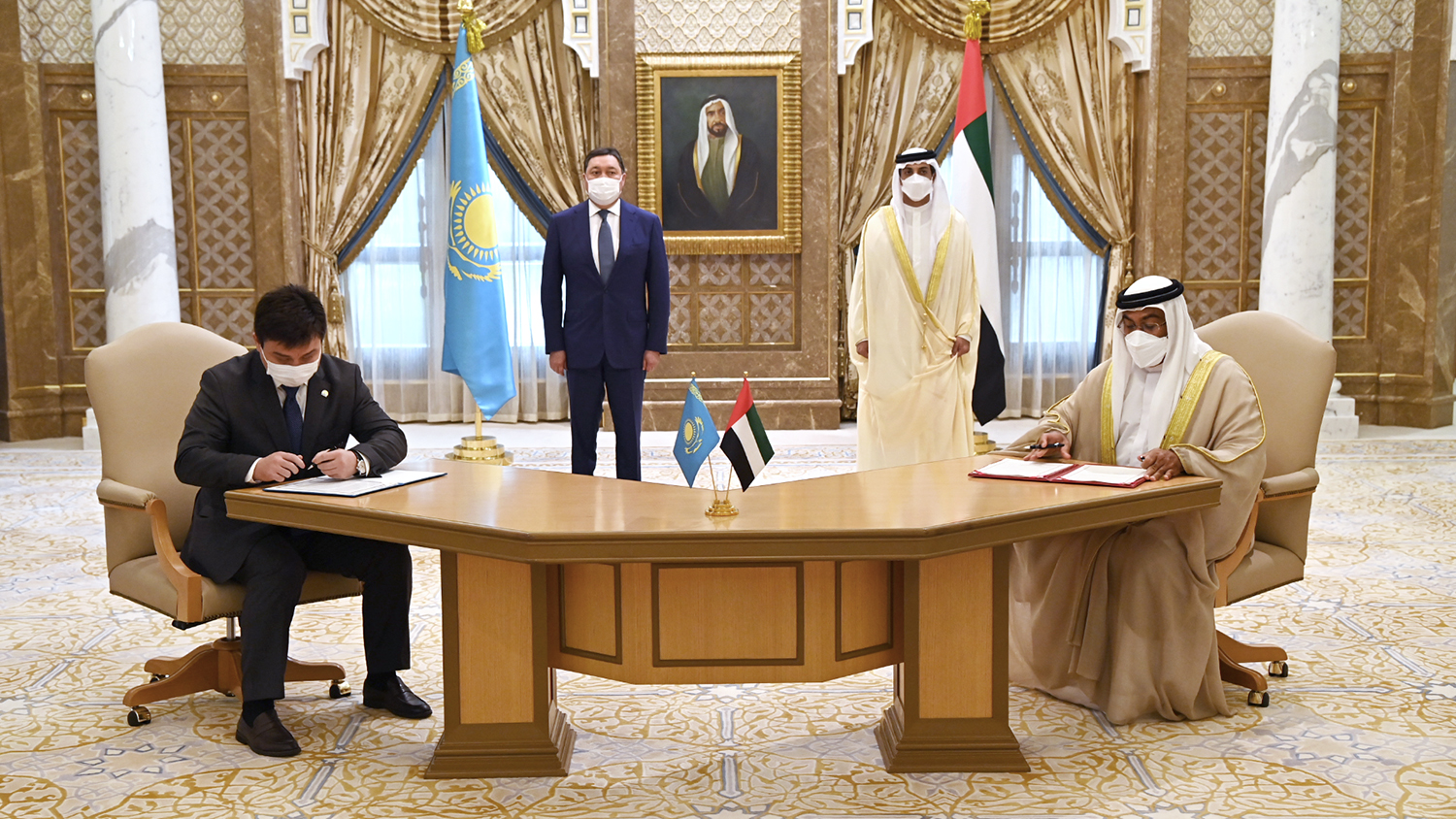 The main partner of Kazakhstan in the implementation of the agreement is ADQ Abu Dhabi Sovereign Fund, which is extensively involved in such sectors as processing and mining, agro-industrial complex, transport and logistics, finance, tourism, media and energy. The fund manages assets worth more than $175 billion.

Within the framework of the agreement, Samruk-Kazyna JSC intends to establish strategic cooperation with ADQ and create a joint energy holding company for the development of renewable and traditional energy. It is planned to implement joint projects for the construction of solar, wind and hydroelectric power plants in Kazakhstan with a total capacity of 5 GW, etc. ADQ will take part in the construction of a network of wholesale distribution centers in the Republic of Kazakhstan. The company is also considering the possibility of implementing a number of large projects in meat farming, poultry farming and fruit gardening in Kazakhstan.

SK-Pharmacy LLP and Rafed will cooperate in the development of the pharmaceutical industry of the Republic of Kazakhstan. 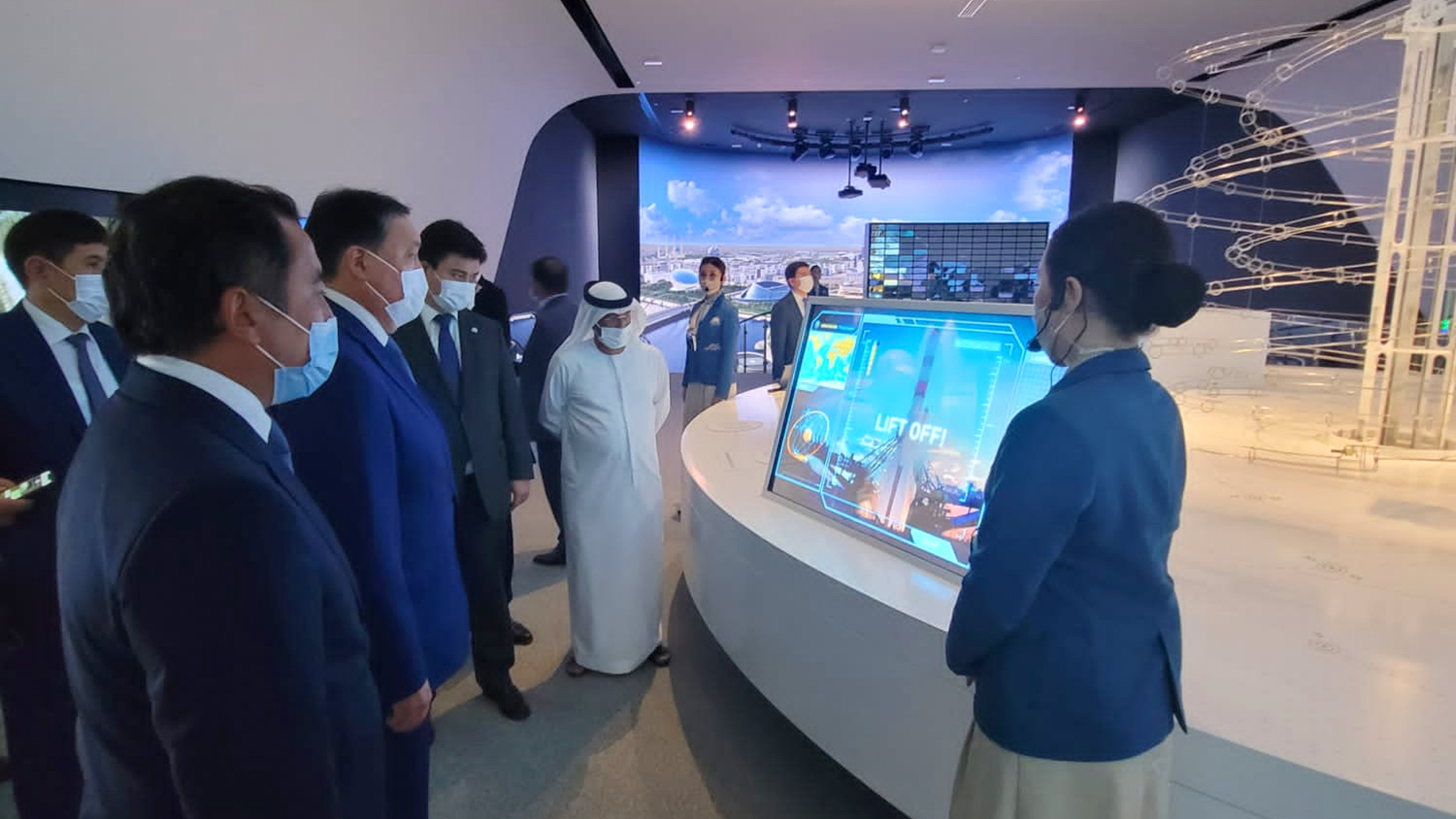 In Dubai, the Prime Minister visited the international EXPO 2020 Dubai exhibition, where he got acquainted with the national pavilions of Kazakhstan, the United Arab Emirates, the Russian Federation and others. 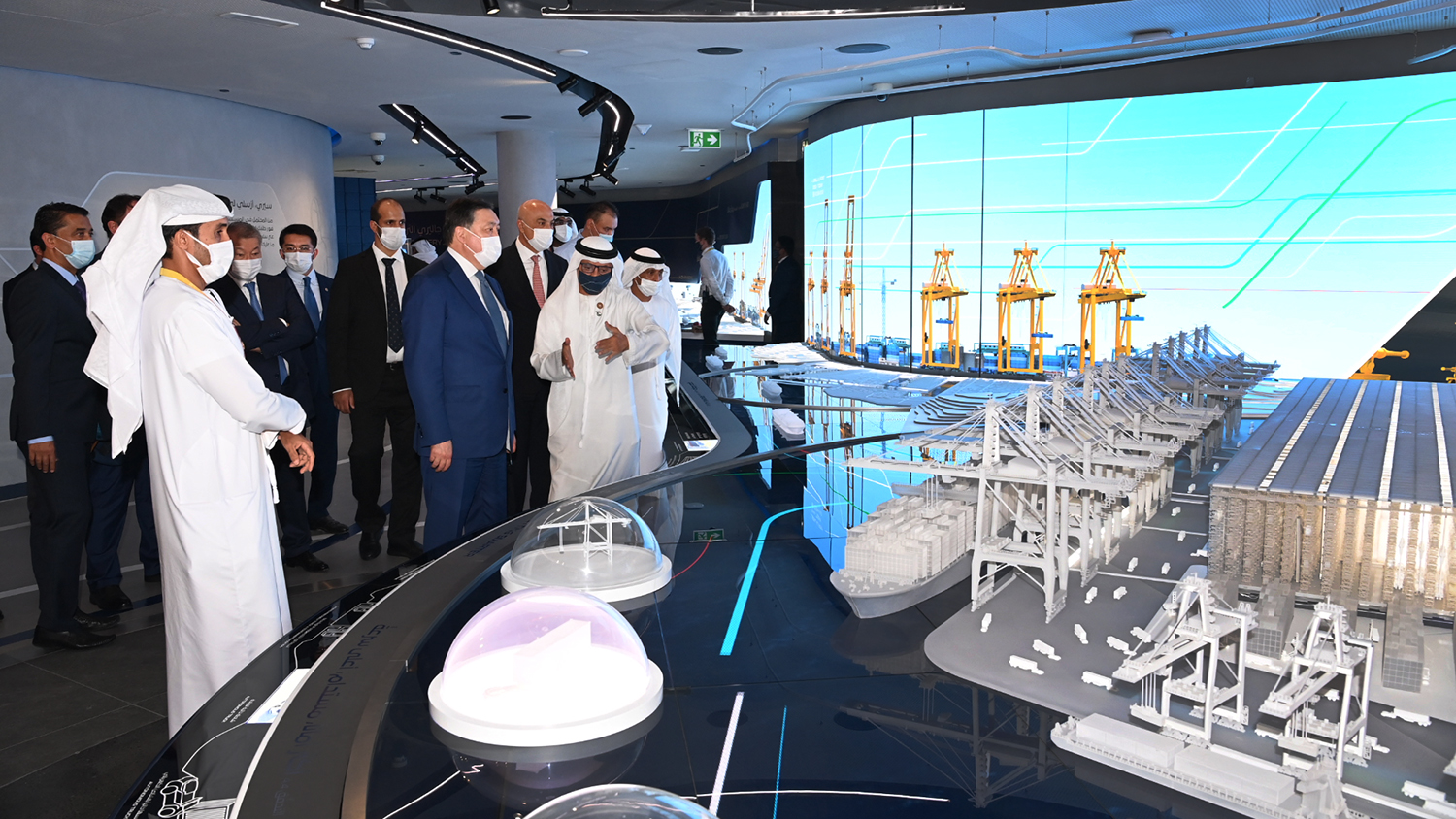