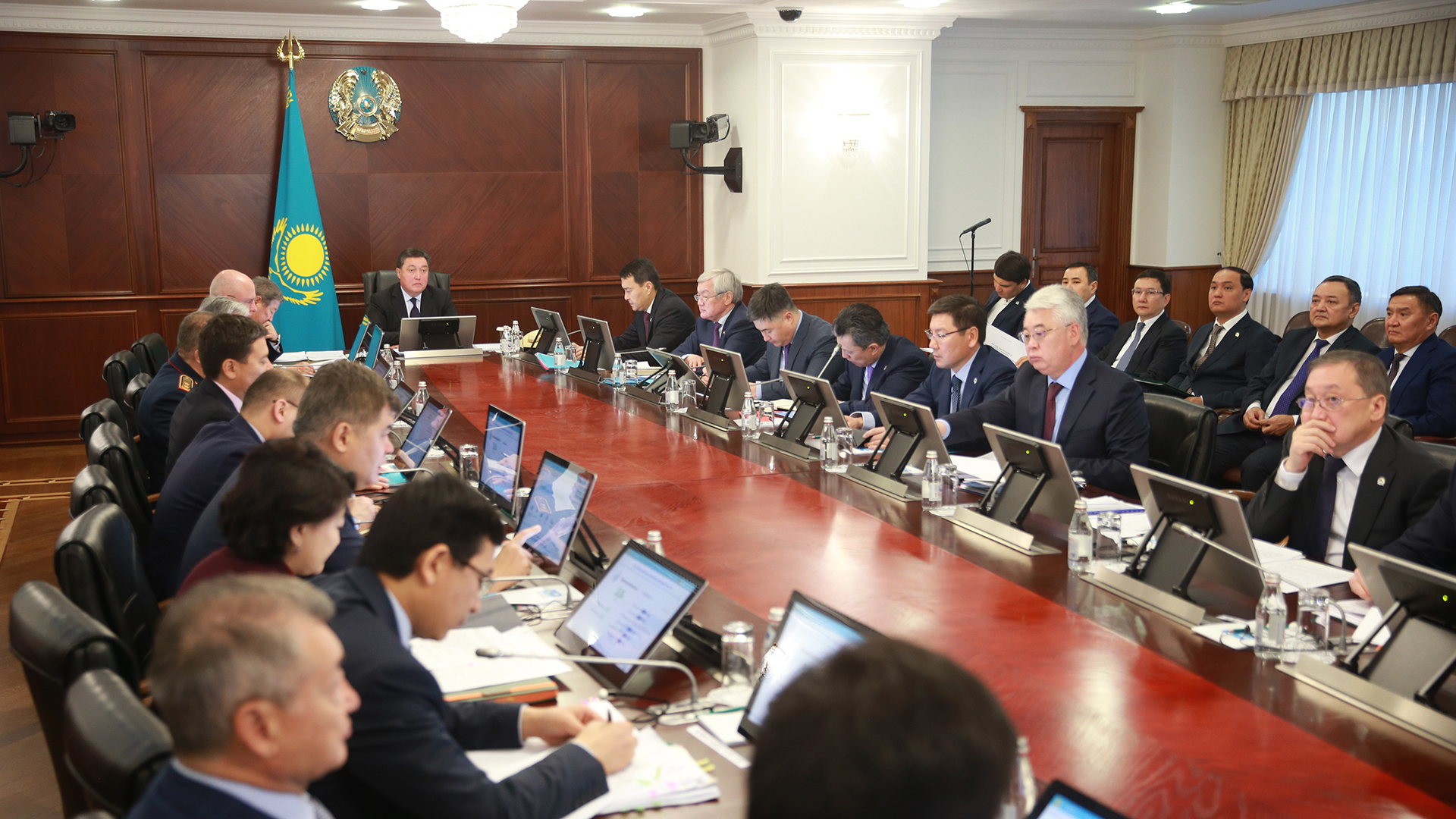 At a Government session chaired by Prime Minister Askar Mamin, the results of the country's socio-economic development and the implementation of the republican budget for January-October 2019 were considered.

The prime minister heard reports by akims of the West Kazakhstan, Kyzylorda, Mangystau regions and the city of Nur-Sultan, which are lagging behind in a number of economic indicators, as well as the heads of ministries with the most undeveloped budgetary funds – ecology, geology and natural resources (10.6 billion tenge), education and science (9.3 billion tenge), culture and sports (6.1 billion tenge), digital development, innovation and the aerospace industry (5.1 billion tenge).

“Elbasy Nursultan Nazarbayev at an expanded meeting of the faction of the Nur Otan party set the task to ensure economic growth. The Head of State Kassym-Jomart Tokayev, at a meeting on economic issues, instructed to take measures to preserve the country's macroeconomic, financial and social stability,” Mamin said.

The prime minister instructed the heads of regions and ministries to step up work to fulfill the tasks set by Elbasy Nazarbayev and President Tokayev, as well as stimulate the growth of key industrial indicators.

The Head of Government positively noted the work of the Akimats of Aktobe, Akmola, East Kazakhstan, Pavlodar and North Kazakhstan regions, which have seen an increase in basic economic indicators for the first 10 months of this year. The lagging akimats indicated the need for comprehensive measures to correct the situation with problematic indicators.

“Regarding the budget part, the plan for the current year is overfulfilled, and in comparison with last year. However, a number of budget program administrators are under-utilizing budget funds. Arguments on failed tenders, unfair contractors and changes to financing plans are not accepted. There is a month and a half left until the end of the year,” said Mamin.

The prime minister emphasized that in order to ensure high-quality and sustainable economic growth, it is necessary to focus on attracting investment, creating jobs, increasing productivity and improving the welfare of citizens.