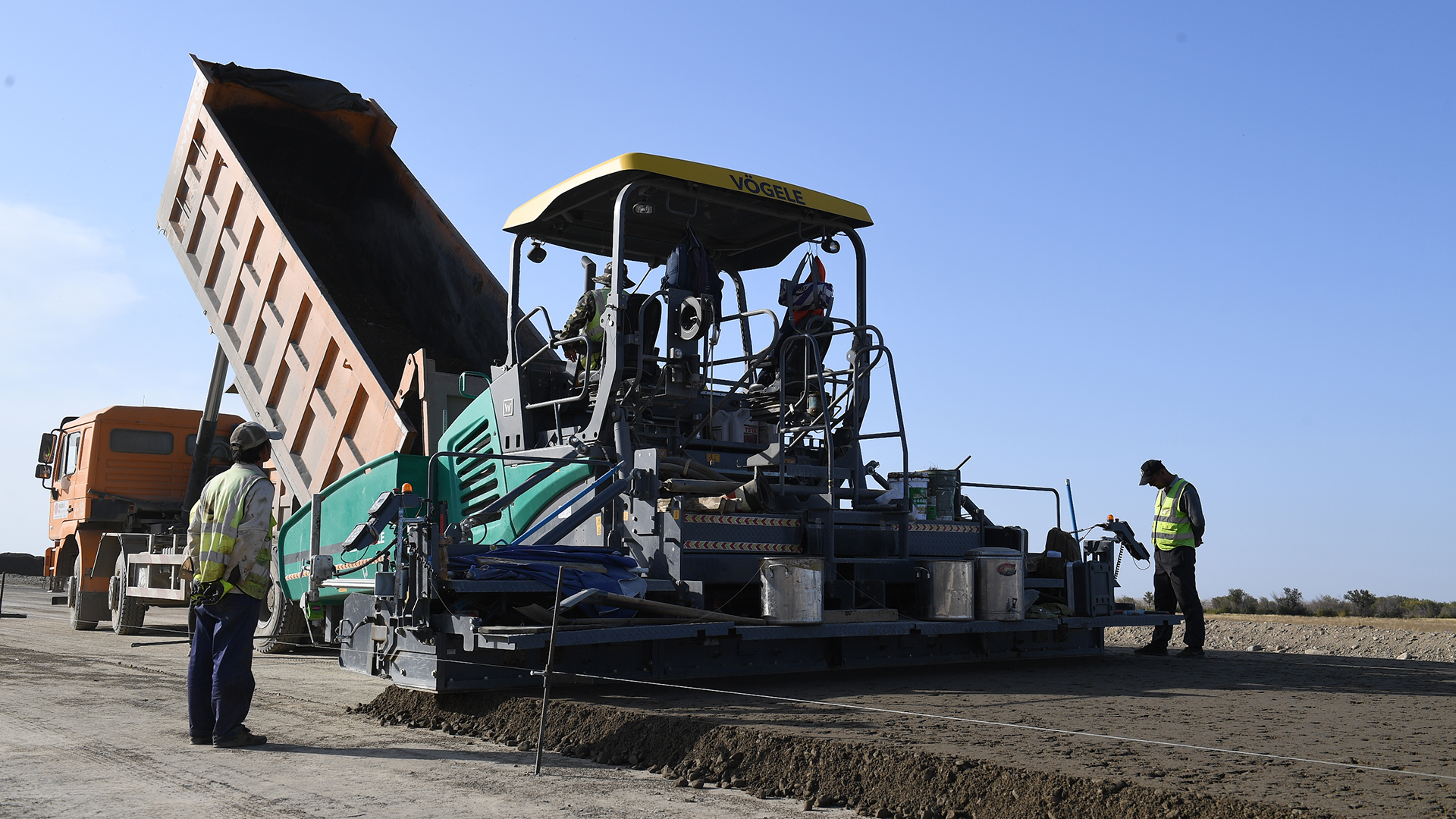 This was announced today at a government session chaired by Prime Minister Askar Mamin by the Minister of Industry and Infrastructure Development Beibut Atamkulov.

It should be noted that in 2018 alone, more than 86 thousand jobs were created. This year, in accordance with the plan, it is planned to create another 54 thousand jobs.

As part of his working trips to the East Kazakhstan, Karaganda, and Almaty regions on Oct. 8–9, the Prime Minister Askar Mamin inspected the implementation of the Nurly Zhol program.

The heads of the regional branches of AvtoZhol Joint-Stock National Company and contracting organizations reported on ongoing work and ongoing projects.

Director of the Almaty regional branch of KazAvtoZhol Zhanabay Kobylandin, said that today in the Almaty region there is reconstruction and overhaul of more than 840 km of roads. Everywhere the locals are involved.

He noted that KazAvtoZhol is interested in training its employees and less often tries to attract specialists from abroad. For example, at the moment, the Chinese company CITIC Construction Co. LTD, which is engaged in the reconstruction of the Taldykorgan – Ust-Kamenogorsk road, employs more than 2,400 people. Of these, only 200 people are specialists who arrived from China.

Deputy Director of the East Kazakhstan regional branch of NC AvtoZhol Olzhas Akhmetov noted that the reconstruction of two large corridors Taldykorgan – Kalbatau – Ust-Kamenogorsk and Kalbatau – Maykapshagai – the border of the People’s Republic of China involves residents of nearby villages and cities.

For example, at Kyran LLP, which is engaged in the reconstruction of the Usharal – Dostyk highway between 0-60 km, over 330 jobs have been created. 80% of them are locals. The head of this project, Serik Aidarov, said that the project also pays special attention to the use of domestic building materials.

“Our local content is 100%. Because all materials, reinforced concrete products are all of Kazakhstan production,” Aydarov said.