Tariff in exchange for investment: Bolat Akchulakov talks about the transition to new tariff policy 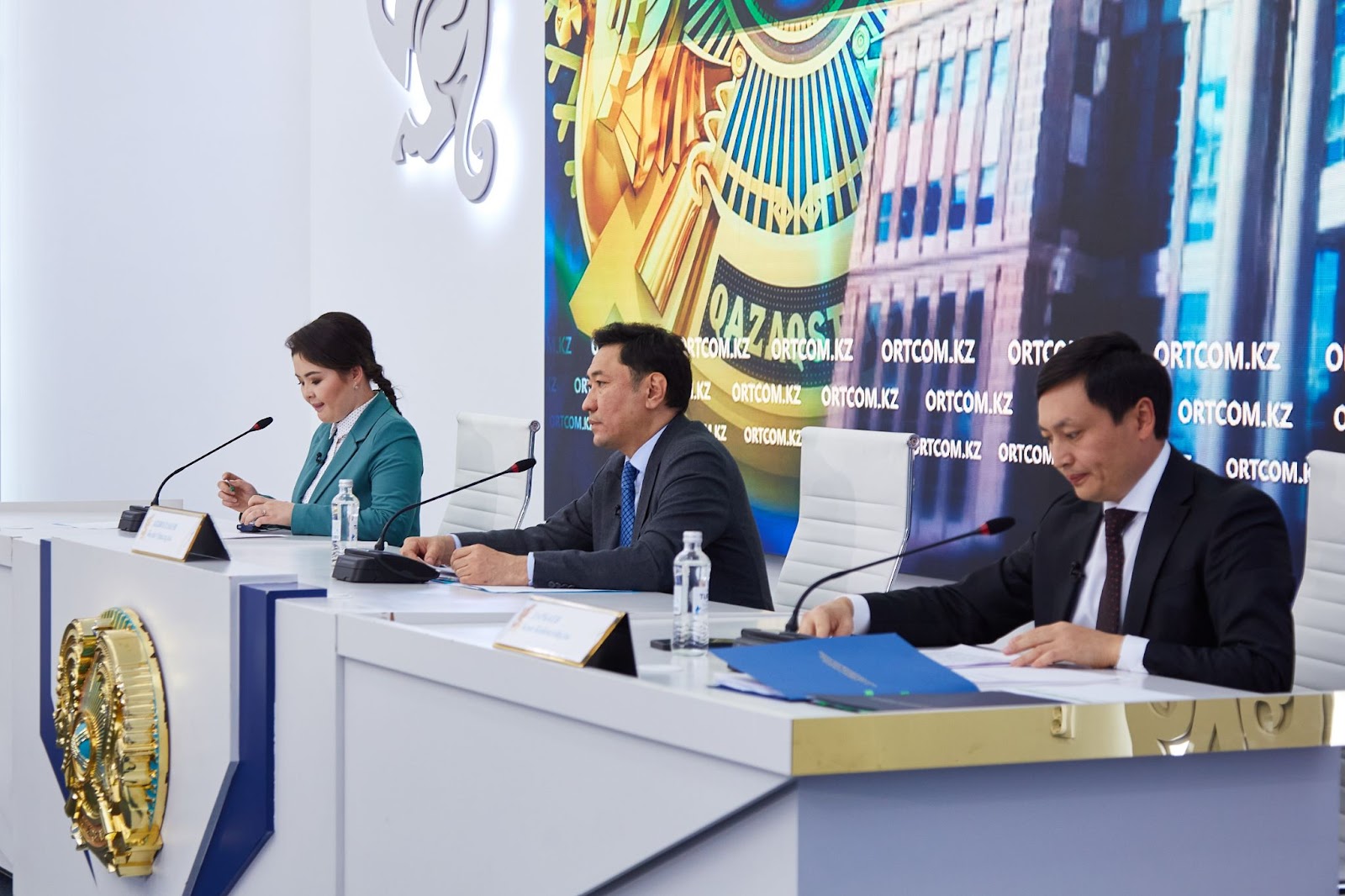 The Minister of Energy of Kazakhstan, Bolat Akchulakov, spoke at a briefing at the Central Communications Service on how the transition to the updated tariff policy in the generation sector "Tariff for Investment" will be implemented as part of the implementation of the Address of the Head of State, Kassym-Jomart Tokayev.

According to the Minister, advanced obsolescence and slow modernisation of fixed assets is a systemic problem that has led to the current energy crisis.

"The continuing shortage of electricity since 2021 is a consequence of the increasing frequency of emergency retirements of obsolete equipment of domestic energy sources. Compared to the same period in 2021, the number of emergency shutdowns of power equipment has increased by 22% and their duration by 16%. The depreciation of generating capacities today is about 60%," Akchulakov said at a CCS briefing.

He also noted that the current situation and the factors constraining the development of the industry, against the background of record growth in consumption in the future could be a serious threat to the energy sustainability of the country.

Recall that from 2009 to 2015 the country had a program "Tariff in exchange for investment" with the introduction of marginal tariffs for electricity. Over the aforementioned period of time, a medium-term capacity reserve was created by commissioning 1.2 GW of new capacity and rehabilitating 1.7 GW of capacity, which eventually made it possible to cover the deficit that had occurred earlier. Now the task of transition to the updated tariff policy in the generation sector "Tariff in exchange for investments" is to achieve a 15% reduction in depreciation of generating capacities by 2035 through transformation of approaches in tariff formation with an increase in annual investments by a factor of 3. An important part of the updated model is the strengthening of existing support mechanisms and backward commitments from the market.

The current electricity tariff containment policy does not fully account for inflation growth, which also affects the investment attractiveness of the sector, as a predictable tariff policy that indexes to inflation is needed to ensure the stability of the power utilities.

Under the current electricity capacity market, the limit on the amount of funds allocated for return on investment in the sector has been set at 32 billion tenge. The Ministry of Energy is working on increasing this limit by 100 billion tenge, which is expected to allow for additional modernisation and expansion of existing power plants.

In addition, in order to ensure the inflow of investment, the current tariff on the electricity capacity market should be increased from the current 590,000 tenge per MW per month to 885,000 tenge, which would attract an additional 35 billion per year into the sector.

"Also, the issue of offsetting heat generation costs with funds from electricity sales and electric capacity availability services should remain a thing of the past. That is, cross-subsidies should be eliminated," Minister of Energy Bolat Akchulakov stressed.

He also noted that to protect certain categories of consumers from the impact of tariff growth, conditions for targeted subsidies will be created, taking into account today's experience.

"Counter obligations will be introduced for energy companies to invest part of their own funds, in addition to those derived from tariffs, to develop their own assets," Bolat Akchulakov, Minister of Energy, said.

However, to fully implement the proposed measures, according to Bolat Akchulakov, it is necessary to return the control functions of the authorized body over the targeted use of funds received under the "Tariff in return for investment" policy, as well as to establish the indicators to be achieved within the invested investments, such as

- reduction in the degree of depreciation of the main generating equipment;

Responding to questions from journalists at the question-and-answer session, particularly on the issue of reduction in the cost of fuel and lubricants in the country, the minister said the main objective at present was to maintain the current price level.

"The only castling we have done is with the 182 Tenge... some regions had to set the price at 187 tenge. I will explain why. For example, East Kazakhstan region. There are regions that are as far away as possible from oil refineries, there are regions where fuel, including gasoline, is delivered only by car transporters. That is, there are no railways there. We have agreed that to such individual regions additionally the price will be raised to the level of 187 tenge to give an opportunity to deliver fuel without any losses," Bolat Akchulakov explained.

According to him, for the time being, the agency adheres to the policy of keeping the current prices. Bolat Akchulakov believes that the reduced cost of fuel may lead to an even greater removal of fuel from the country and its shortage.

He added that agricultural producers are using cheaper diesel fuel at 222,000 tonnes, or 184 tenge per litre.

"We have sold 423,000 tonnes at this price this year, which remains a record volume, even though the crop area has not increased that much in the country. There is no shortage for the farmers. We supply all volumes. And if fuel is not available to the end user, i.e. the grower, then it's a matter for the local operators, who have been selected not by us but by the local akimats," he added.

The next question, which worried the media, was about the possibility of choosing the currency in which Kazakhstan could pay for gas and other energy resources from Russia.

As the Head of Kazakhstan's Ministry of Energy noted, the creation of common markets for gas, oil, petroleum products and electric power is being discussed within the EAEU. No document has been signed yet, but negotiations are under way.

At that, according to the Minister, one of the proposals of the Russian party was to determine that all payments would be made in rubles.

"Our position was that this option should be at the choice of the parties to the contract. It should be a commercial condition of bilateral contracts. When someone is buying gas, he can choose any currency - it is the freedom of choice of currencies," the Minister of Energy said and clarified that there are no restrictions and it can be any national currency, including the ruble and the tenge.

Also, in response to questions of journalists Energy Minister Bolat Akchulakov told about plans to supply Kazakh oil to Georgia, Finland, the work of Baku-Ceyhan oil pipeline, Atyrau-Samara, repair of CPC oil pipeline. In addition, he reported that the Ministry of Energy of Kazakhstan jointly with Samruk Energy JSC is working on the construction of TPP in Semey, preparing a feasibility study of the project. The tentative date of the CHP construction start is September-October 2023.

As for the CPC, the Energy Minister said that the two outriggers of the Caspian Pipeline Consortium will be put into operation after October 25.

"As for the situation with CPC - this topic has become urgent and popular lately. The question of repair is a question of the end of this month. Everything necessary is there, the work is already in progress. A week and a half ago there was one nuance related to insufficient quantity of diving equipment... By the end of October, after the 25th, additional waterworks will be launched," Bolat Akchulakov said.

The head of the Ministry of Energy reminded that the pipeline has been in operation for 20 years, and the equipment in seawater deteriorates with time.

"Therefore, it may be a coincidence that it is this year when all this (equipment failure) started happening. The work is underway. The CPC, in principle, has not stopped for long periods," he said.