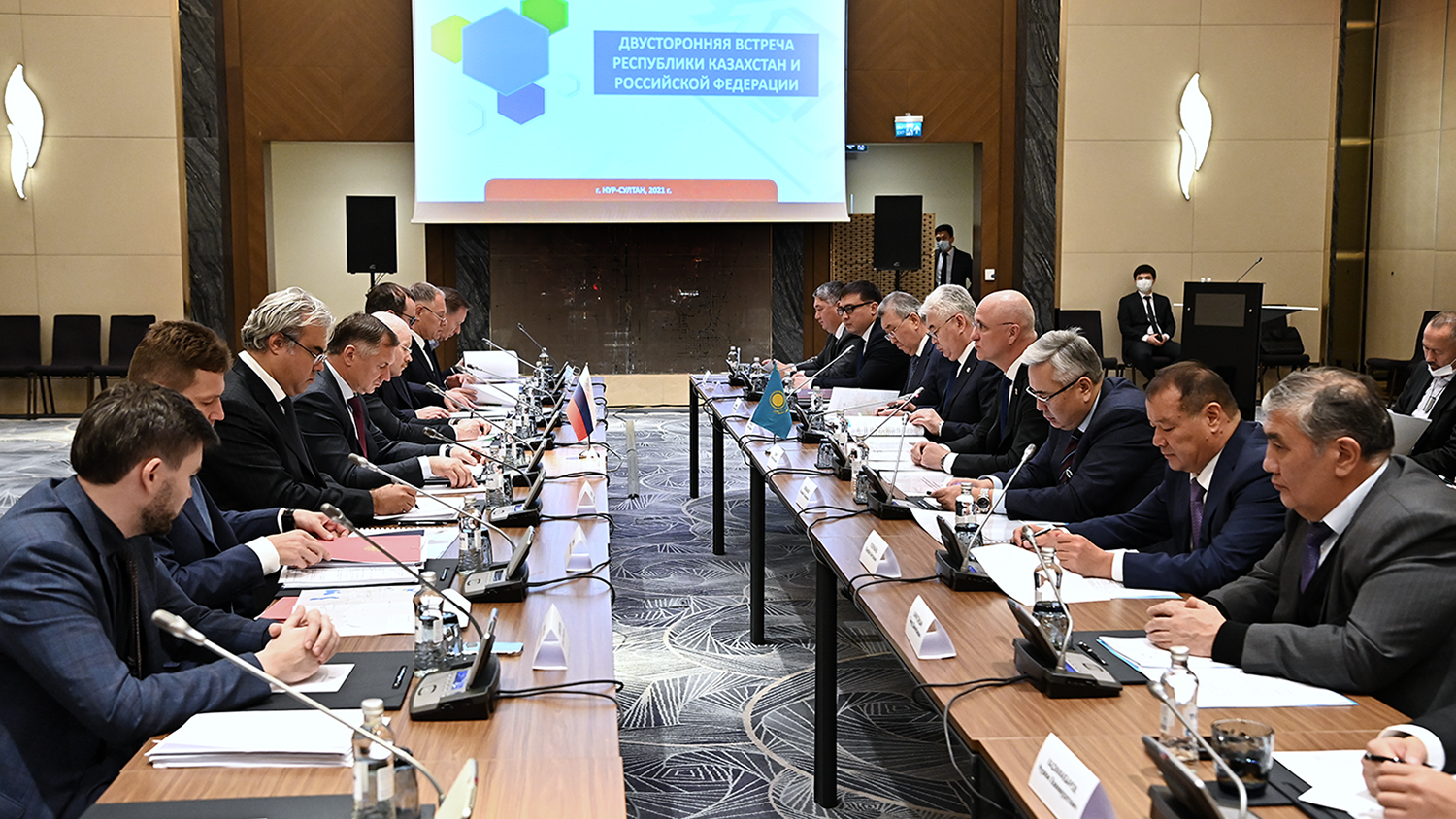 Russian Delegation led by Deputy Chairman of the Government of the Russian Federation Marat Khusnullin arrived in Nur-Sultan on a two-day working visit.

On the first day of the visit, a meeting was held with the Deputy Prime Minister of the Republic of Kazakhstan Roman Sklyar, where joint projects in the road industry, issues of reconstruction of checkpoints, unification of building codes of Kazakhstan and Russia were considered.

In particular, the parties discussed the development of road infrastructure and expressed their readiness to synchronize the work on the construction of highways, which will make it possible to predict their throughput, the volume of freight traffic and the socio-economic effect.

In turn, plans for the joint reconstruction of border checkpoints are associated with an increase in their load and the creation of opportunities to increase the volume of tourist flow between the two countries.

The decisions taken will contribute to the operational and well-coordinated work of the interested state bodies and the achievement of practical results aimed at the interests of citizens of both states.

The meeting participants reaffirmed their adherence to the principles of mutually beneficial economic cooperation and agreed to maintain high dynamics of intergovernmental contacts.

The Russian delegation also included Deputy Chief of Staff of the Government Elmir Tagirov, First Deputy Minister of Transport Andrey Kostyuk, Chair of the Board of the Russian Highways State Corporation Vyacheslav Petushenko.