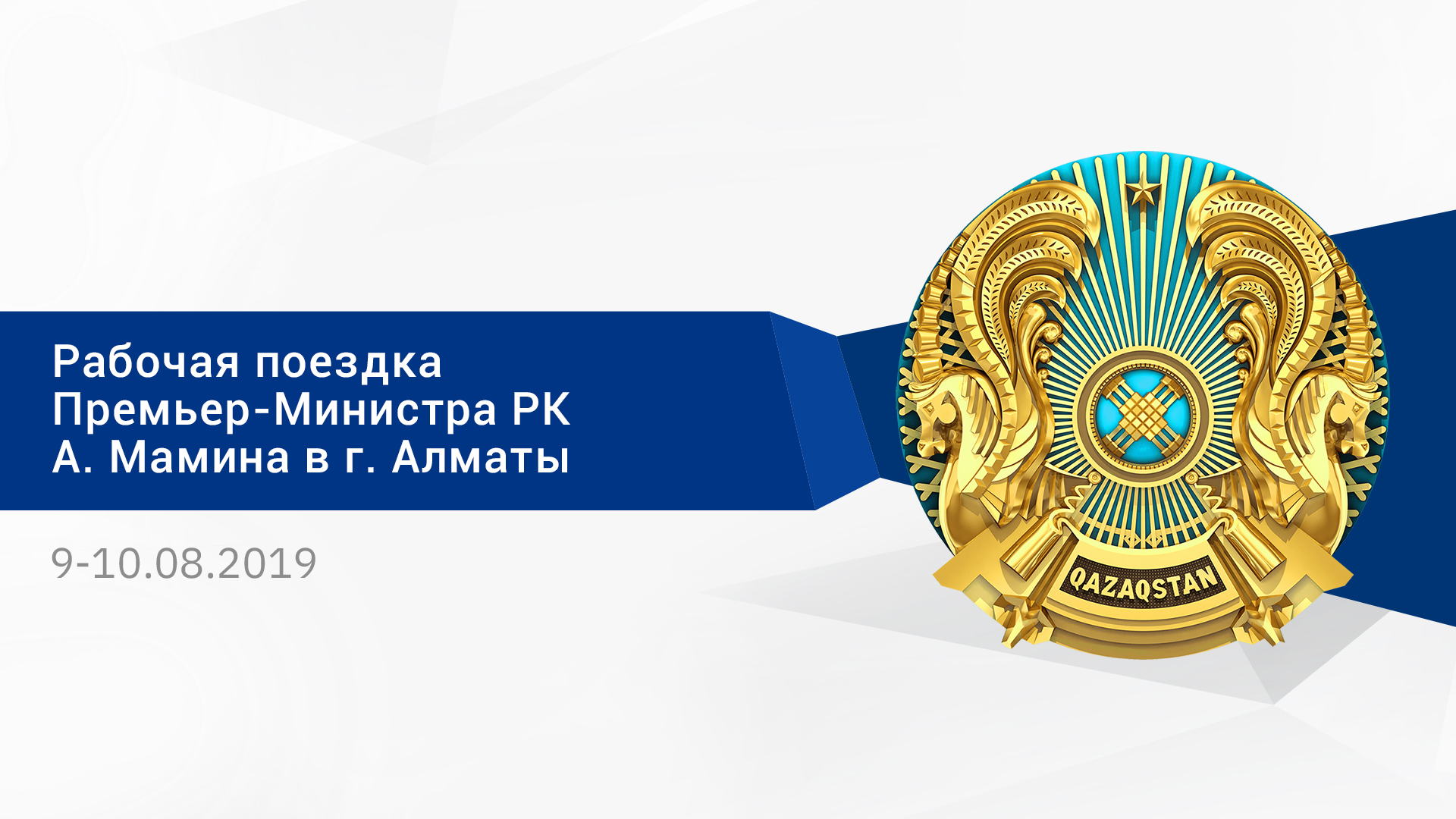 In the course of his working trip to Almaty on August 9-10, the Prime Minister Askar Mamin examined the progress of construction of large infrastructure facilities, held meetings on the development of Almaty and the Almaty metropolitan area.

The same day, the Head of the Government held a meeting on the development of the outskirts of Almaty and the adjacent territory of the Almaty region. The prime minister instructed to take the necessary measures for the timely implementation of measures to develop the outskirts, adjacent territories and to work out financing issues.

In the city of Almaty, Mamin examined the progress of the construction of a retaining dam in the Ayusay gorge, punching Abay Avenue, Saryarka metro station, and aircraft repair plant No. 405.

The prime minister familiarized himself with the new development project in Almaty, plans for the development of the construction industry of the city, and also took part in the solemn meeting dedicated to the Day of the builder.

In addition, during a working trip to Almaty, Mamin took part in an environmental clean-up in the Ayusay gorge.