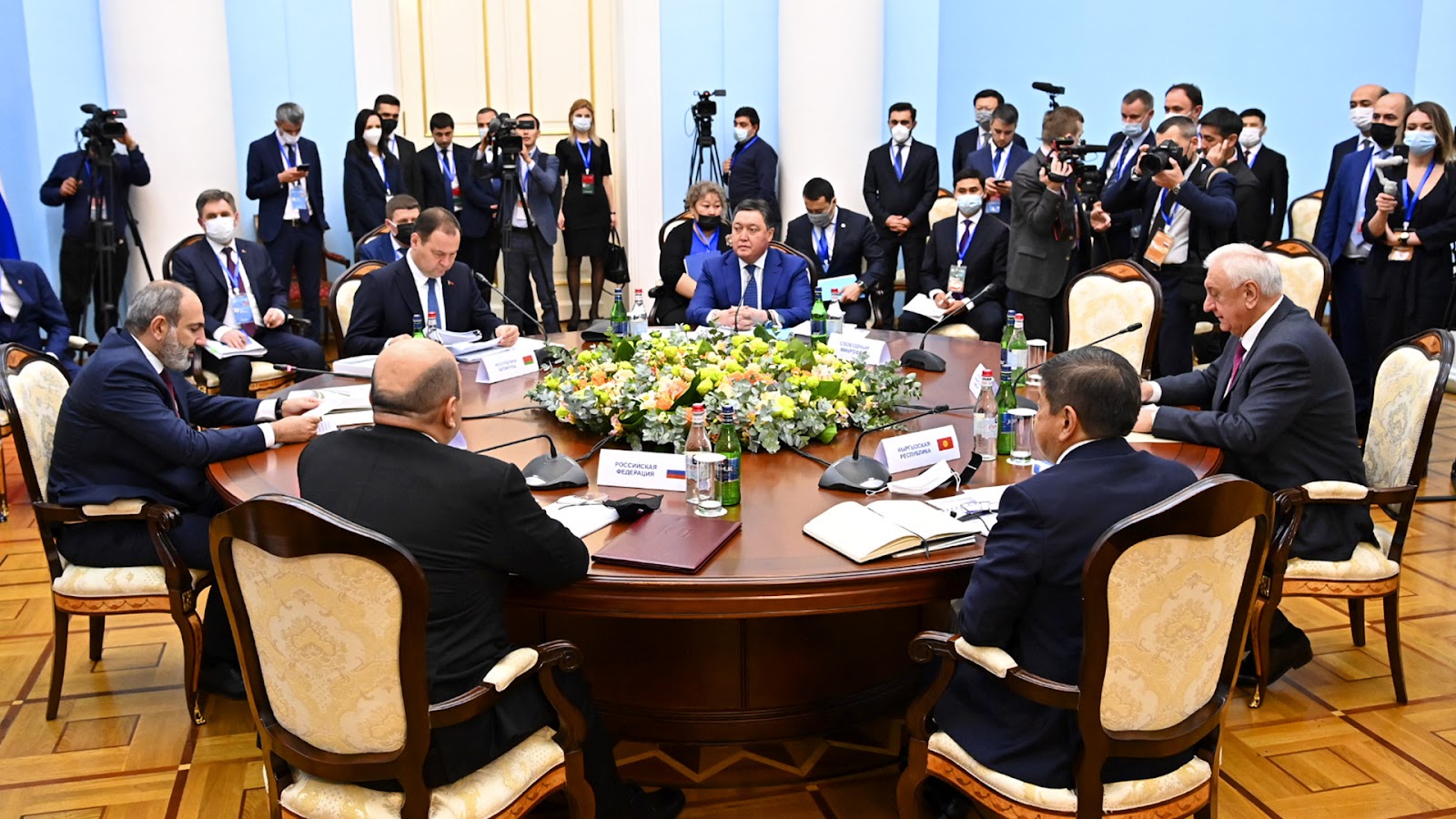 Prime Minister of the Republic of Kazakhstan Askar Mamin took part in the final meeting of the Eurasian Intergovernmental Council chaired by Kazakhstan in the current year.

The Prime Minister stressed that significant work has been done this year to enhance industrial cooperation within the EAEU. At the end of the first half of the year, the volume of industrial production of the EAEU amounted to $620 billion, which is 4.4% higher than the same period in 2020. The volume of mutual trade in intermediate goods increased by 40% to $20.3 billion. Since the beginning of the year, 1,172 new joint ventures with participation of businesses of the EAEU member states (+9%).

The Head of Government noted the great work within the EAEU to identify and remove barriers to mutual trade. To date, 80% of barriers on the EAEU internal market have been removed. The volume of mutual trade in the EAEU for 9 months of this year amounted to $52 billion and increased by 32.5% compared to the same period in 2020.

As part of the development of the transit and transport potential of the EAEU in the current year, the Roadmap for the implementation of the transport policy for 2021-2023 was approved, which provides for measures to integrate the transport complexes of the member countries of the association.

As examples of productive cooperation of the EAEU countries in digitalization, Mamin named the projects of Digital Transport Corridors, Unified Search System Work Without Borders, the application Traveling without COVID. The need to implement new digital initiatives to create effective tools in the field of economic integration was noted.

Mamin emphasized that work on the development of border trade infrastructure, along with the consistent recovery of the economies of the main trading partners of the EAEU, has become a factor in the sharp recovery of foreign trade indicators of the Eurasian Economic Union. The volume of foreign trade of the EAEU countries in January-September of this year amounted to $596 billion, which is 32.7% more compared to the same period in 2020.

The meeting participants approved the Action Plan for the provision of raw materials to metallurgical enterprises of the EAEU Member States for 2021-2024 to address the situation in the common market for waste and scrap of ferrous and non-ferrous metals in the EAEU. An Agreement was signed on the procedure for exchanging information within the EAEU that is part of credit histories.

The initiative of the Kazakh side to expand the list of goods for the use of certificates of origin of serial products was supported. This solution will allow Kazakhstani enterprises to reduce administrative costs.