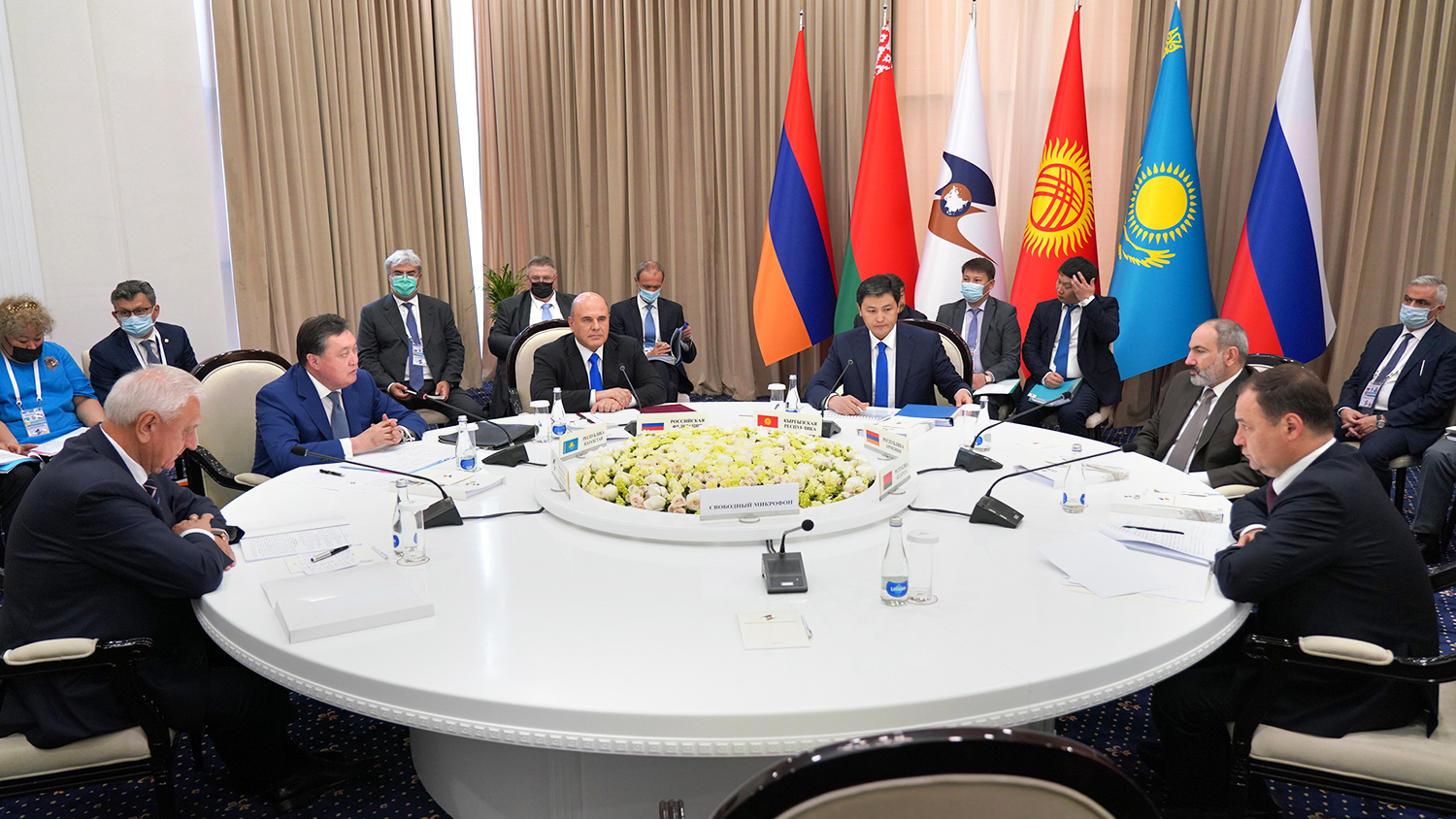 Prime Minister Askar Mamin chaired a meeting of the Eurasian Intergovernmental Council, where he proposed several initiatives to ensure the economic stability of the EAEU.

The Head of Government noted the confident recovery of the main economic indicators of the countries of the Eurasian Economic Union. Mutual trade within the EAEU in January-June 2021 amounted to about $33 billion, which is 32% more than in the same period last year. The volume of trade with third countries increased by 24.5% and amounted to $371.1 billion.

For the first half of 2021, the freight turnover of all types of transport of the EAEU member states reached 3.1 trillion ton-kilometers, which is 4.6% more than with the same period last year.

Significant growth is noted in transit indicators. In particular, only in the direction of Europe-China-Europe for January-July of this year. the volume of container traffic through the territory of Kazakhstan increased by 47% and amounted to 381.4 thousand TEU. 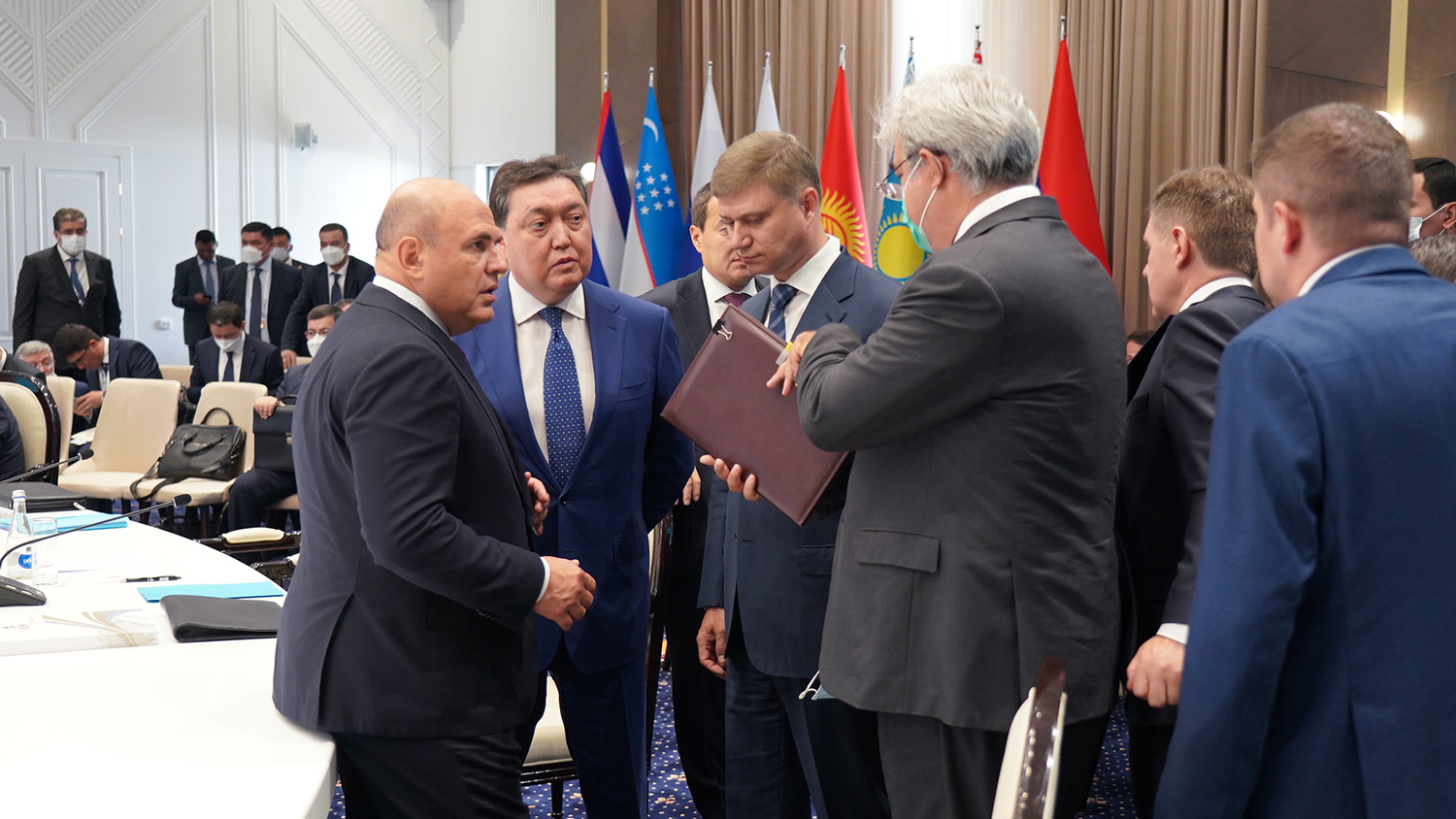 The Prime Minister noted that the risks associated with the pandemic are longer-term than previously predicted. In this regard, he emphasized the need to update the measures taken in April 2020 within the EAEU to ensure economic stability. It was instructed to submit the relevant EEC proposals to the next meeting of the Eurasian Intergovernmental Council in October 2021.

Askar Mamin pointed out the importance of taking urgent additional joint measures to ensure stability in the food market, building the capacity of the EAEU for the production of agricultural products and bringing them to foreign markets, and the formation of additional sources of financing in the sector.

“A quality approach to the implementation of these tasks will allow our macroregion to ensure food security and declare itself as one of the most significant food hubs in the Eurasian space,” Mamin said.

The Head of Government emphasized the need to accelerate work to promote green projects and green financing in the EAEU in partnership with leading financial institutions. 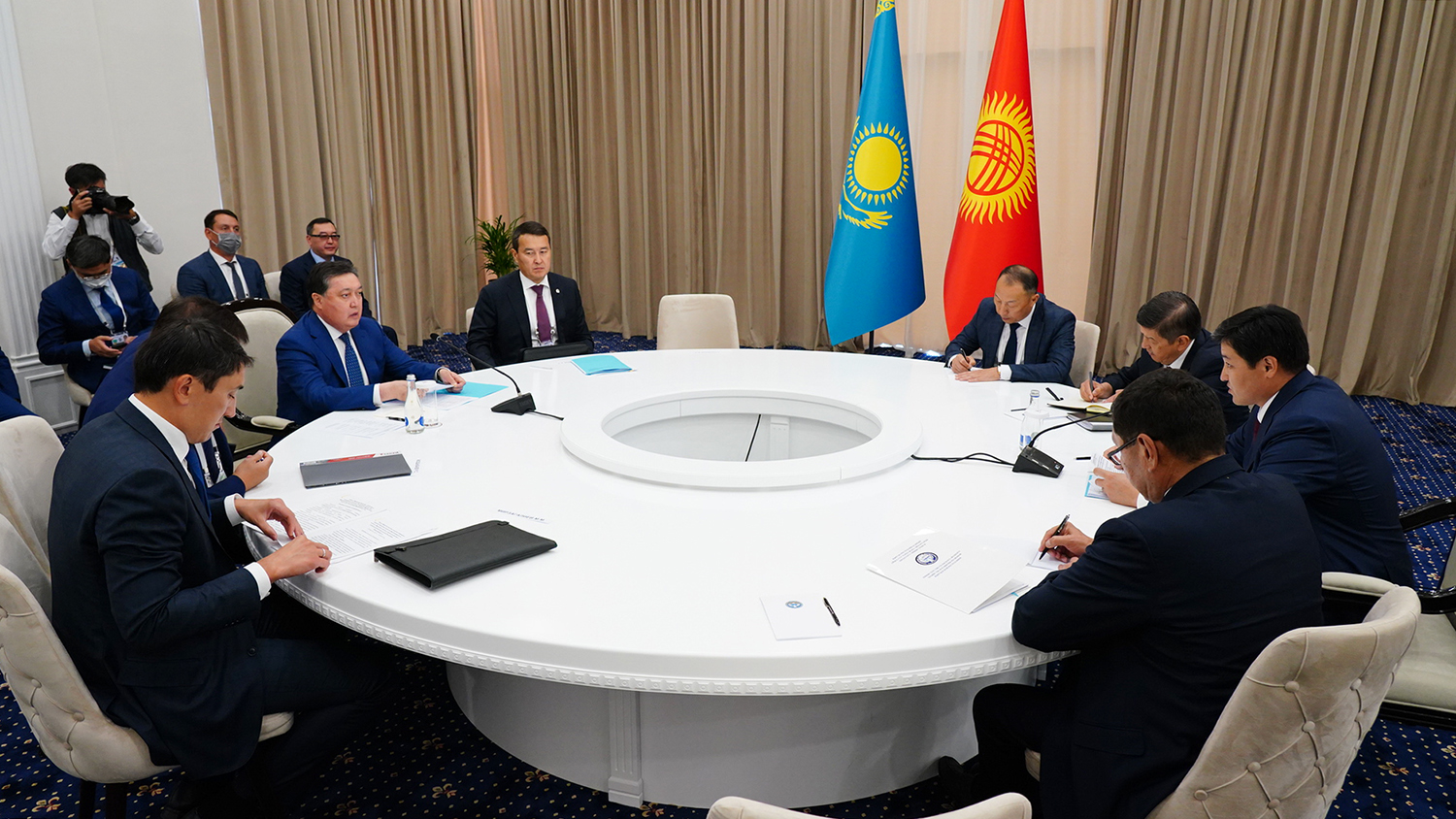 The Prime Minister of the Republic of Kazakhstan named the provision of measures to facilitate mutual access of citizens of the EAEU countries to common markets, including through the mutual recognition of vaccination passports, the formation of joint tourist zones with a relaxed quarantine regime and the further development of digital infrastructure.

At the meeting, on the initiative of the Kazakh side, a decision was made to create a regional accreditation organization in the field of conformity assessment. This will allow consolidating the activities of national conformity assessment bodies in the Eurasian space, saving time and financial resources and removing technical barriers to trade.

The Action Plan for the formation of a common market for organic agricultural products within the EAEU, the Action Plan for the implementation of the Main Directions and Stages of the Implementation of the Coordinated (Agreed) Transport Policy of the EAEU Member States for 2021-2023, the Plan of Priority Measures for the Digitalization of Freight Rail Transportation in the Interests of Development trade and economic cooperation between the EAEU and the PRC.

The issues of convergence of unilateral measures of export regulation established for the export of goods, elimination of exemptions and restrictions on the internal market of the EAEU, creation of a Eurasian reinsurance company, development of common approaches in the context of the implementation of the global climate agenda, automation and integration of cross-border settlements, progress in the formation of common oil markets were considered. and gas, development of the transit potential of railway transport, etc.

For 6 months of 2021, the volume of bilateral trade amounted to $413 million. The parties intend to bring this figure to $1 billion.