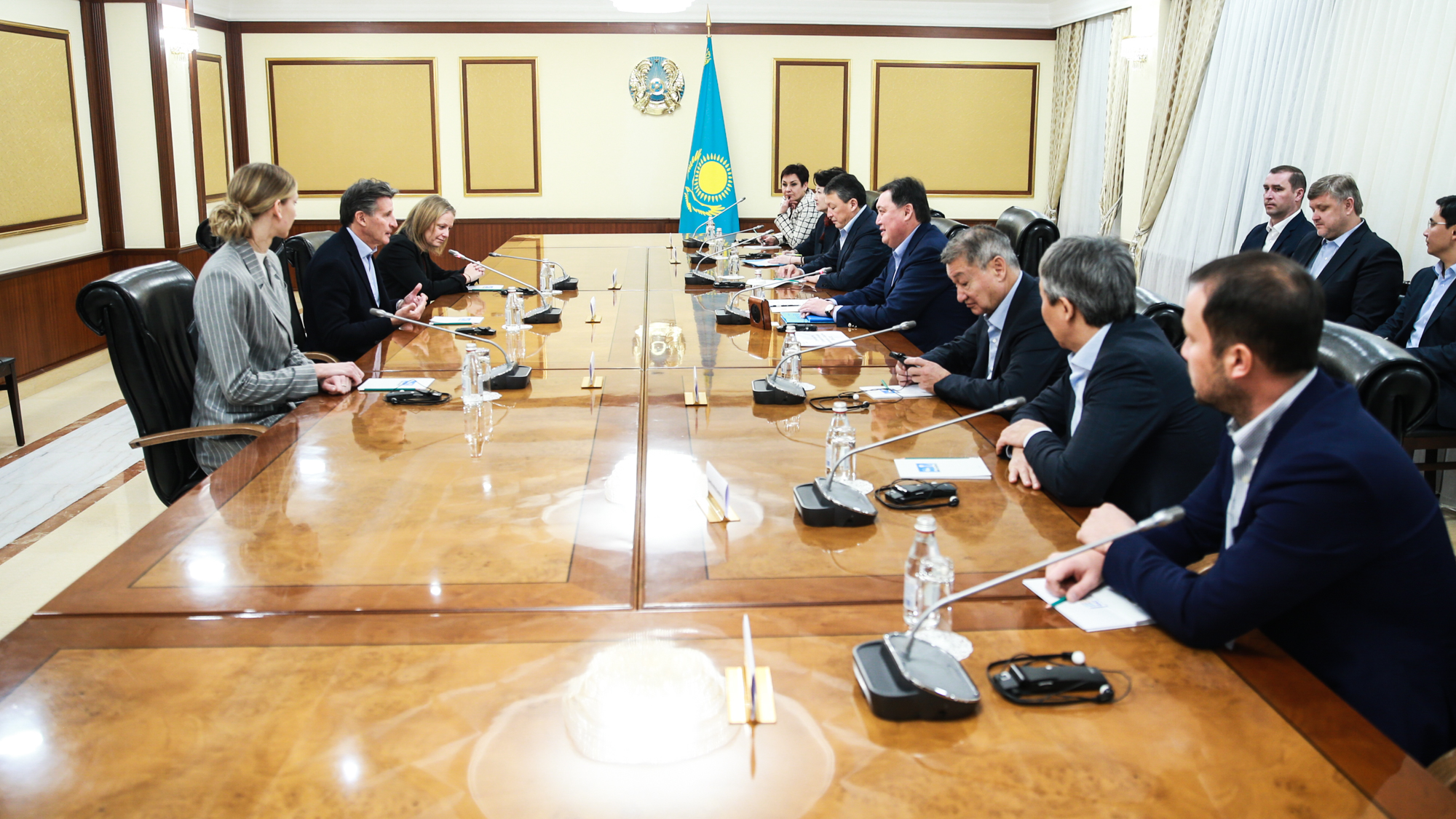 “The popularization of sports, including athletics, is an important area of ​​our policy. Seven advanced athletics centers are under construction in Kazakhstan — in Nur-Sultan, Almaty, Pavlodar, Aktobe, Taldykorgan, Atyrau and Ust-Kamenogorsk — which will contribute to the further cultivation of this sport,” said Mamin.

Today, over 20 thousand Kazakhstanis are keen on athletics, of which 11 thousand are studying at youth sports schools, and over 600 are professionally involved.

Kazakhstan has been a member of the International Association of Athletics Federations since 1993. Kazakhstani athletes have won more than 20 awards, including the gold medal in 2000 in Sydney (Olga Shishigina) and the 2012 gold medal in London (Olga Rypakova).

The parties discussed the prospects of cooperation in training qualified coaching staff, promoting track and field athletics as a mass sport, and conducting athletics competitions among children.