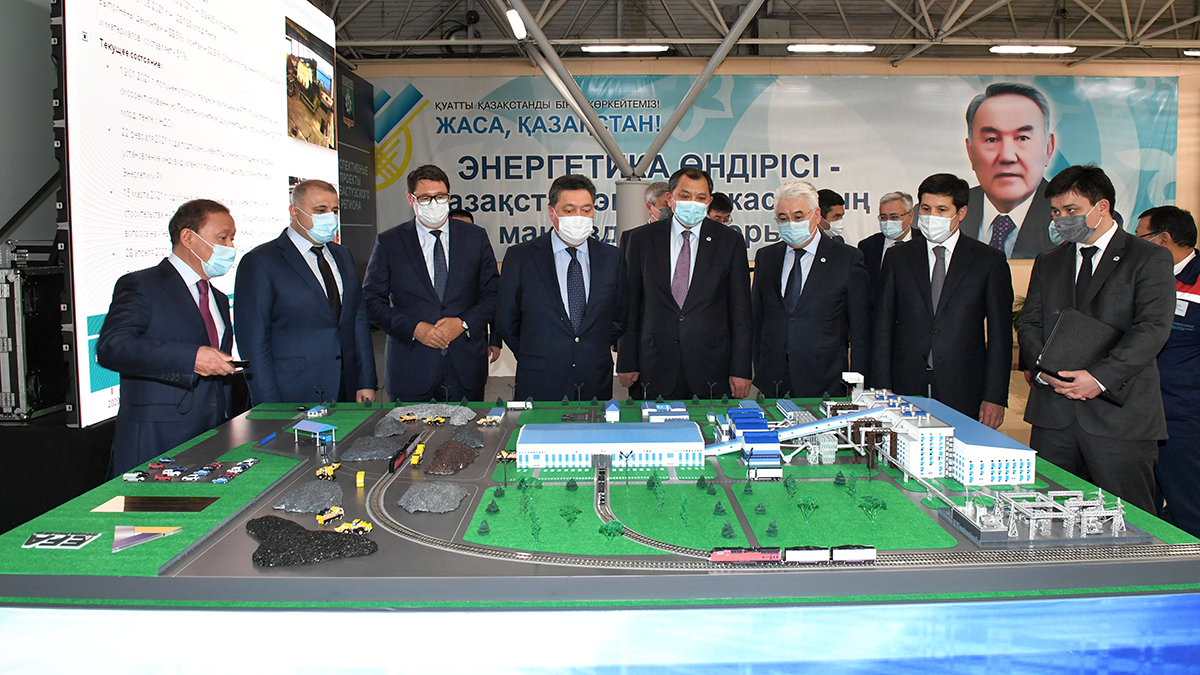 As part of his working trip to Pavlodar region, Prime Minister of Kazakhstan Askar Mamin got acquainted with the implementation of investment projects in the fields of energy, mechanical engineering, metallurgical industry and production of building materials.

In Ekibastuz, the Head of Government was reported on the progress of the execution of the instructions of the President of the Republic of Kazakhstan Kassym-Jomart Tokayev on the preparation of the Comprehensive City Development Plan for 2021-2025.

The document provides for the implementation of 118 measures to develop a comfortable urban environment, the real sector of the economy, provide employment, improve social and engineering infrastructure, and solve environmental problems. By 2025, it is planned to reduce the dependence of the city's economy on the fuel and energy complex and the mining industry by increasing the share of the manufacturing industry by 4 times – from 5% to 20%. Over 16.5 thousand new jobs will be created in the fields of mechanical engineering, IT technologies, coal chemistry, and the service sector. 932.3 billion tenge is provided for the implementation of the Plan, over 84% of which are private investments.

During his visit to Ekibastuz GRES-1, Chair of the Board of Samruk-Kazyna JSC Almasadam Satkaliyev reported to the Prime Minister on the progress of modernization of this largest thermal power plant of the Republic of Kazakhstan, the implementation of the project for the construction of a new power unit No. 3 of Ekibastuz GRES-2, as well as other investment projects in the electric power industry. 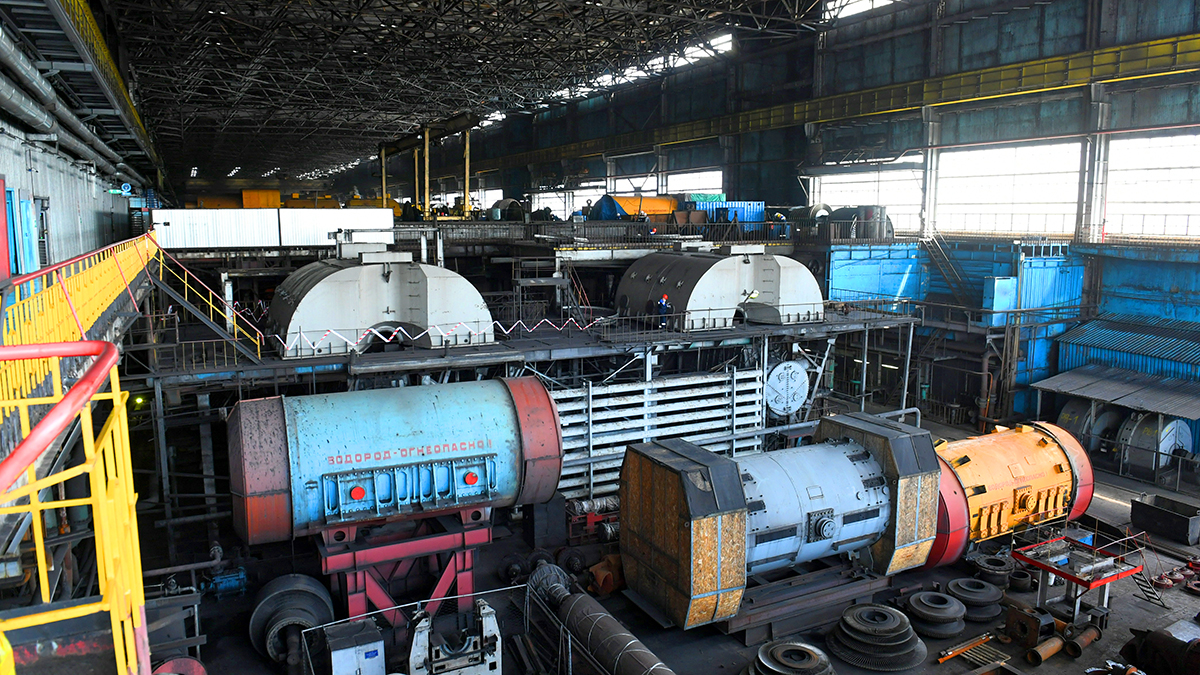 At Ekibastuz GRES-1, work is underway to restore power unit No. 1 with the installation of electrostatic precipitators. The implementation of the project will increase the plant's capacity by 550 MW to 4,050 MW and significantly reduce the impact on the environment through the use of modern ash and slag removal technologies. The cost of the project is 123.7 billion tenge, while it is planned to shorten the commissioning time of the station and complete the project in 2023. Thus, in total, in the short term, about 1,200 MW of capacities will be commissioned to meet the needs of the growing economy of the Republic of Kazakhstan, the implementation of large industrial projects.

The Head of Government was presented with promising investment projects in the mining, metallurgical, coal-chemical and manufacturing industries totaling 227.5 billion tenge, which are planned to be implemented in the industrial zone of Ekibastuz.

One of the largest projects of the metallurgical industry in Kazakhstan will be the construction of a ferroalloy plant with a capacity of 240 thousand tons of high-quality ferrosilicon and 12 thousand tons of microsilica per year. The project is being implemented by EkibastuzFerroAlloys LLP in the period 2021-2023. The project cost exceeds 55 billion tenge. During the construction of the enterprise, 1.5 thousand jobs will be opened, and after its launch - 800 permanent jobs. The implementation of the project will increase the export potential of Kazakhstan in the ferroalloy market and will improve the position of Kazakhstan in the world rating of ferrosilicon exporters from 5th to 2nd place. 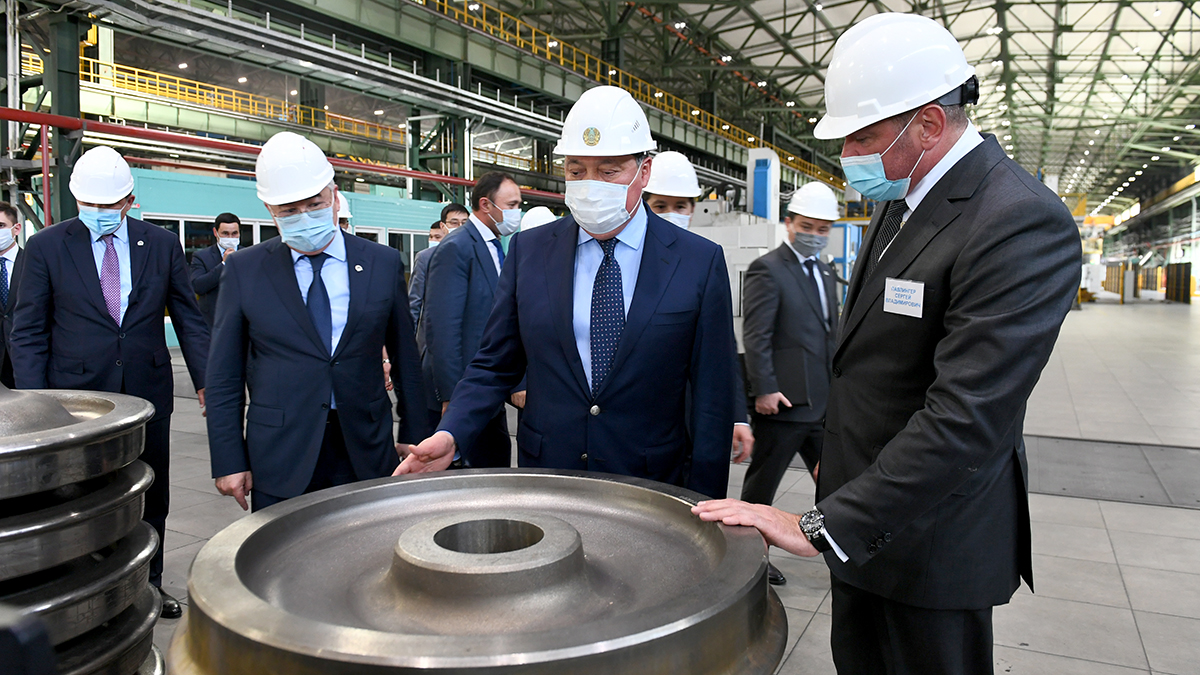 The company Ansa Silicon plans to build a plant for the production of technical silicon with a capacity of 35 thousand tons of products per year. The project cost is over 40 billion tenge, commissioning is scheduled for 2023. About 400 new jobs will be created. The products will be exported to the USA, Japan and the countries of the European Union.

A new impetus to the development of railway engineering in Kazakhstan will be given by the implementation in the city of Ekibastuz of the project for the construction of a forging and bandage complex of Railcast Systems LLP with the participation of investors from Germany and the Russian Federation. Production capacity – 102 thousand rough tires for locomotives, blanks for large gear wheels and forged products per year. The cost of the project is 70.1 billion tenge, the implementation period is 2024, 600 jobs will be created. The launch of the enterprise will fully meet the internal needs of the Republic of Kazakhstan for the specified products. At the same time, 81% will be exported to foreign markets.

Following the results of 4 months of 2021, the volume of industrial production in Pavlodar region increased, in comparison with the same period in 2020, by 4.2% to 573.7 billion tenge, including the manufacturing industry – by 5.9%. 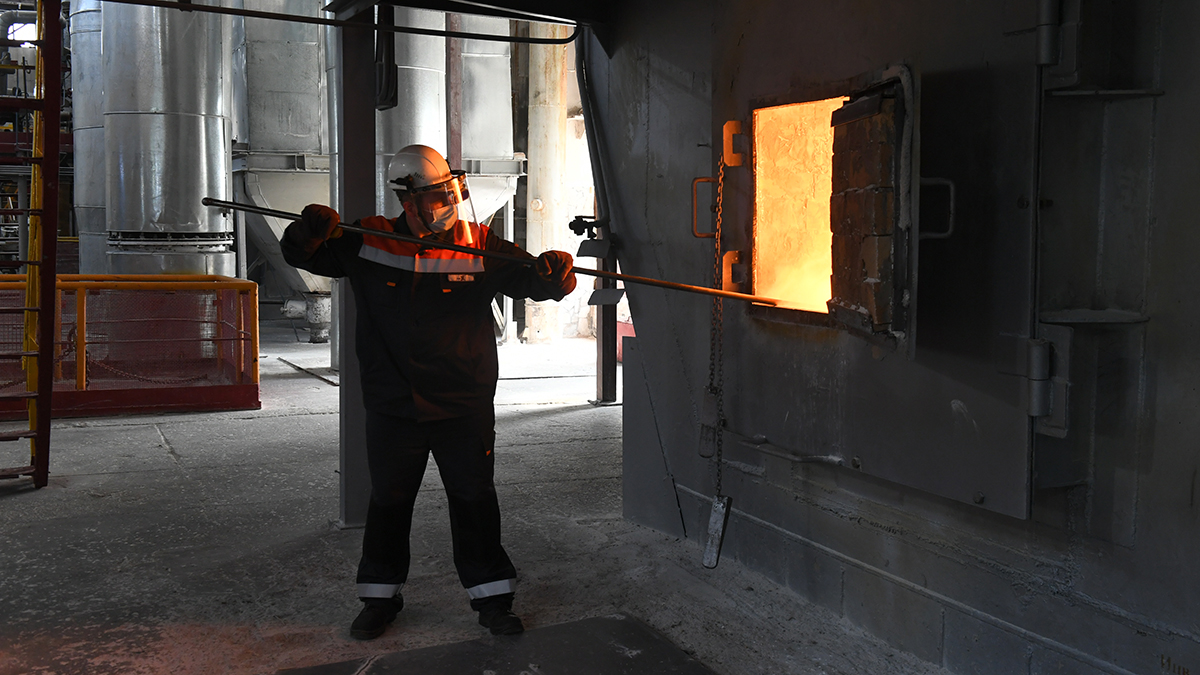 The working trip was attended by the Minister of National Economy Aset Irgaliyev, Minister of Industry and Infrastructure Development Beibut Atamkulov, Minister of Energy Nurlan Nogayev, as well as Chair of the Board of Samruk-Kazyna JSC Almasadam Satkaliyev.