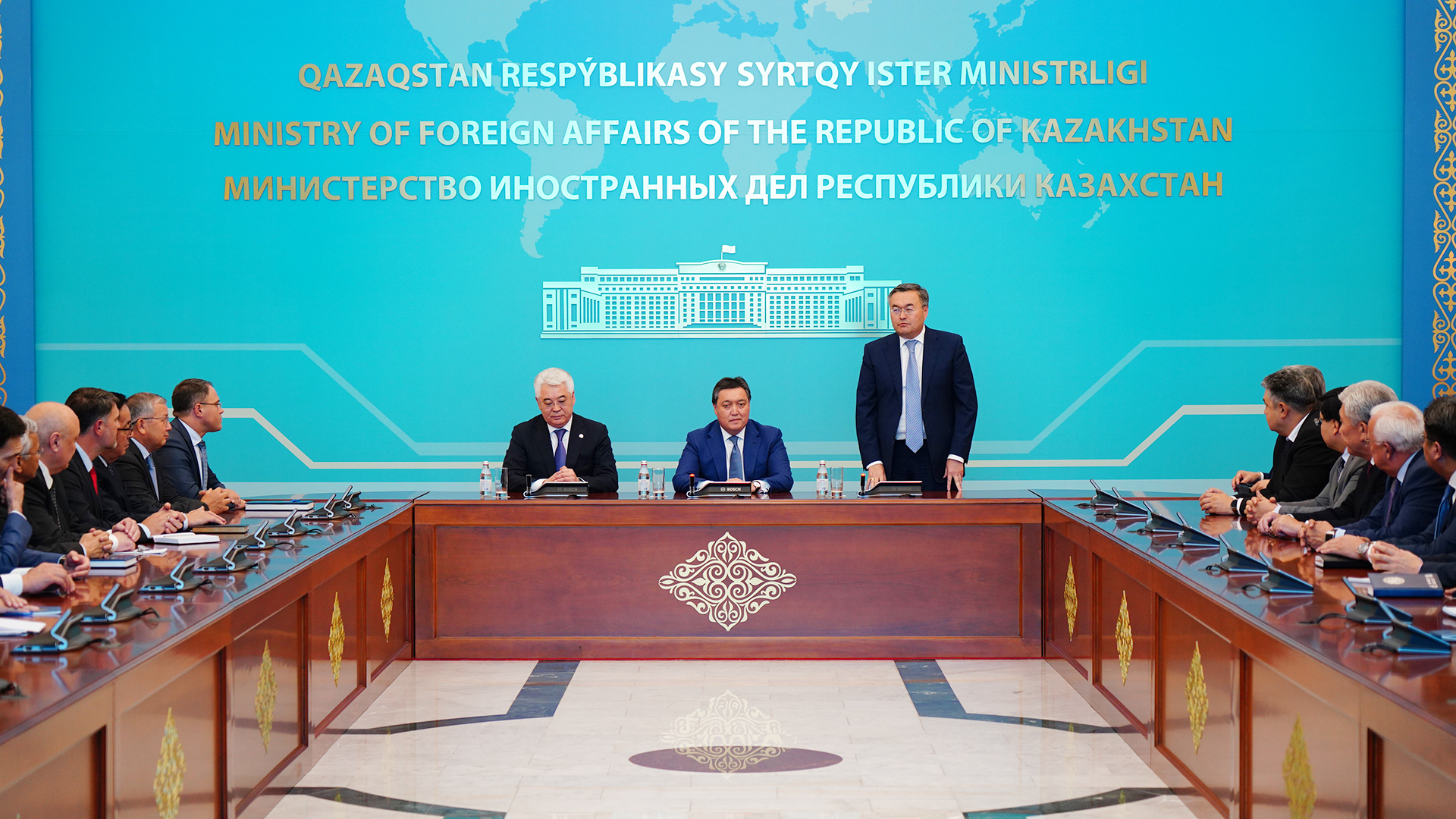 Prime Minister Askar Mamin introduced the new leaders, Mukhtar Tleuberdi and Beibut Atamkulov, who were appointed by Decrees of the Head of State Kassym-Jomart Tokayev, to the staff of the Ministry of Foreign Affairs, as well as the Ministry of Industry and Infrastructure Development. 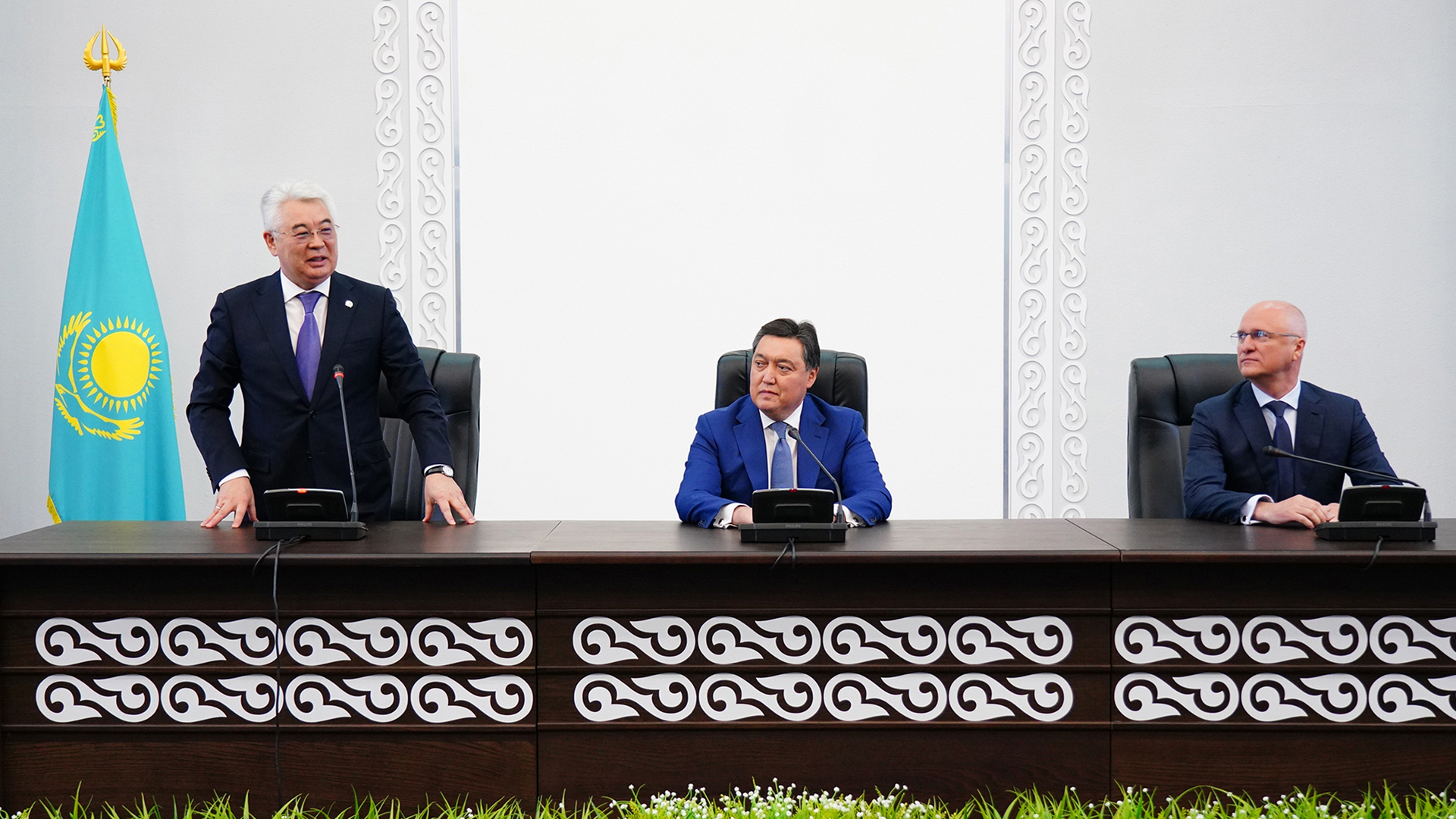 Askar Mamin introduced Beibut Atamkulov to the team of the Ministry of Industry and Infrastructure Development, noting the great experience and competence of the appointed minister.

Mukhtar Tleuberdi was born June 30, 1968, in the village of Aksu, Chimkent region. In 1990, he graduated from Kirov Kazakh State University (Al-Farabi Kazakh National University) majoring in philosophy. He began his career as an intern at the Institute of Asian and African Countries at Lomonosov Moscow State University (Moscow, Russia) and at the Institute of Linguistics at Yongse University (Seoul, South Korea). Since 1993, he has been working in the Ministry of Foreign Affairs. He served as Ambassador Extraordinary and Plenipotentiary to Malaysia, the Republic of Indonesia, Brunei Darussalam and the Republic of the Philippines, Switzerland, the Principality of Liechtenstein, and the Vatican City. Since March 2016, he as been first deputy minister of foreign affairs.

Beibut Atamkulov was born May 19, 1964, in the village of Uzynagash in the Almaty region. In 1986, he graduated from the metallurgical faculty of the Lenin Kazakh Polytechnic Institute named. Since 2006, he worked in the diplomatic service. He was the Consul General of the Republic of Kazakhstan in Germany, Ambassador Extraordinary and Plenipotentiary of the Republic of Kazakhstan to Malaysia. He served as akim of the South Kazakhstan region, worked as executive secretary of the Ministry of Industry and New Technologies and the Ministry of Investment and Development. From October 2016, he was minister of defense and aerospace industry, from Dec. 26, 2018, he has served as minister of foreign affairs.