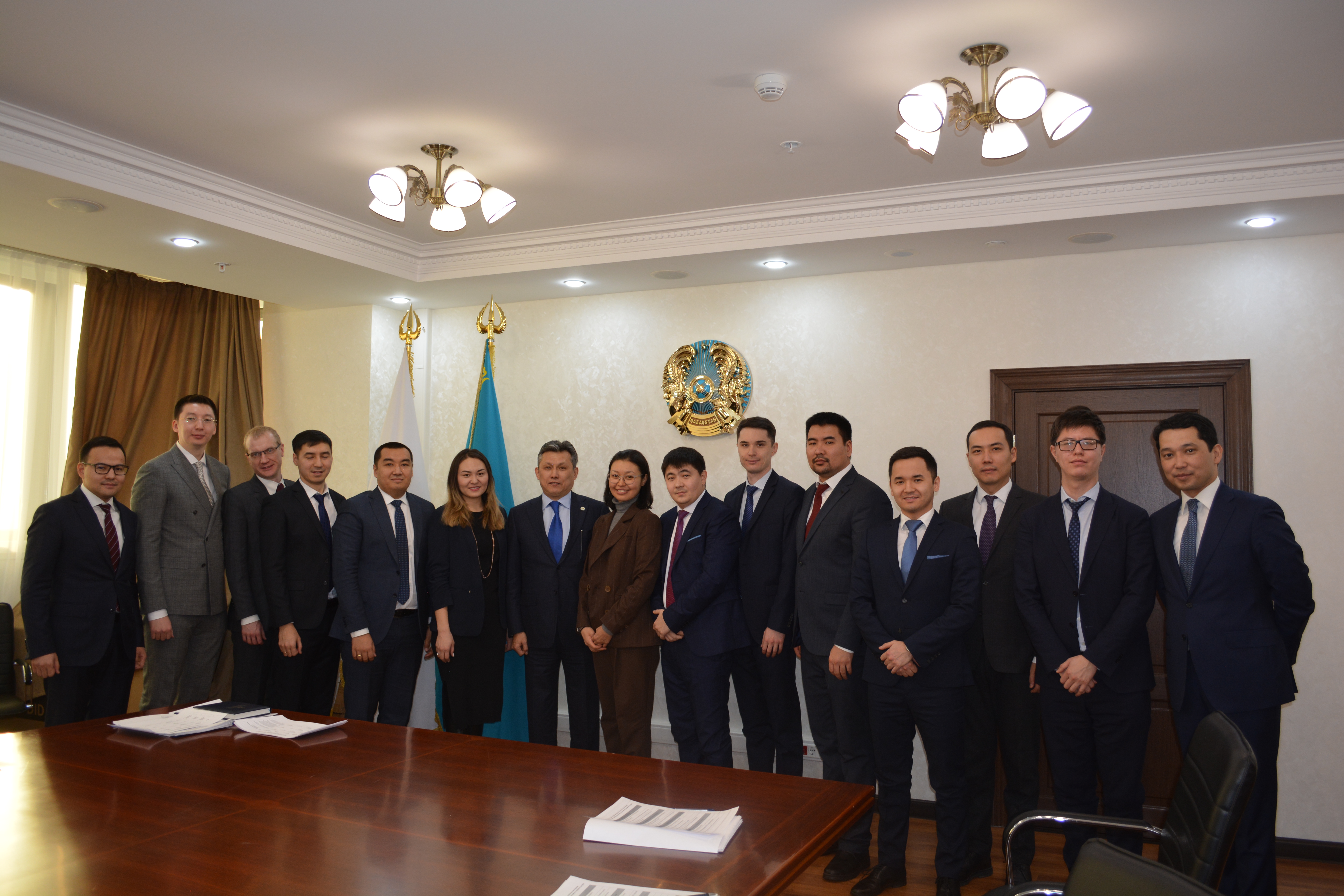 Minister of Trade and Integration Bakhyt Sultanov met with the selected members of the Youth Personnel Reserve of the President of the Republic of Kazakhstan.

It is worth noting that one of the members – M. Toleshov — already works at the Ministry of Trade and Integration. He is head of the Department of Domestic Trade.

Two more members are being appointed: A. Aksubayev — as head of the Karaganda Regional Department of the Committee for the Protection of Consumer Rights; A. Sagynaev — as project manager of Qaztrade Trade Policy Development Center JSC.

As Sultanov emphasized, the trade department of Kazakhstan has serious ambitions. He noted that trade is an indicator of developed production. And the main KPI of the ministry is $41 billion in the non-primary sector by 2025, after which the ministry has a clear vision and plans.

Therefore, today those who are also driven by high ambitions can become the founders of new reforms and contribute to the development of the economy. Such people can join the ministry’s team. The transformation of the areas of consumer protection, standardization, and export has already begun. Trade diplomacy has been raised to a new level.

Arman Aksubayev, who chose to work in the region for his career, proposed his colleagues with a proposal to make a choice, emphasizing the importance of developing primarily his competencies.

“A good, right decision to try yourself in the region,” Sultanov supported the reserve member.

At the end of the meeting, Bakhyt Sultanov also shared his personal story related to the profession — he went all the way in the Ministry of Finance from a leading economist to its leader.

“You must have the ambition, the aspiration!” he advised the reserve members.