How many roads to be repaired this year, which will become toll roads and who checks the quality — interview with Sairanbek Barmakov 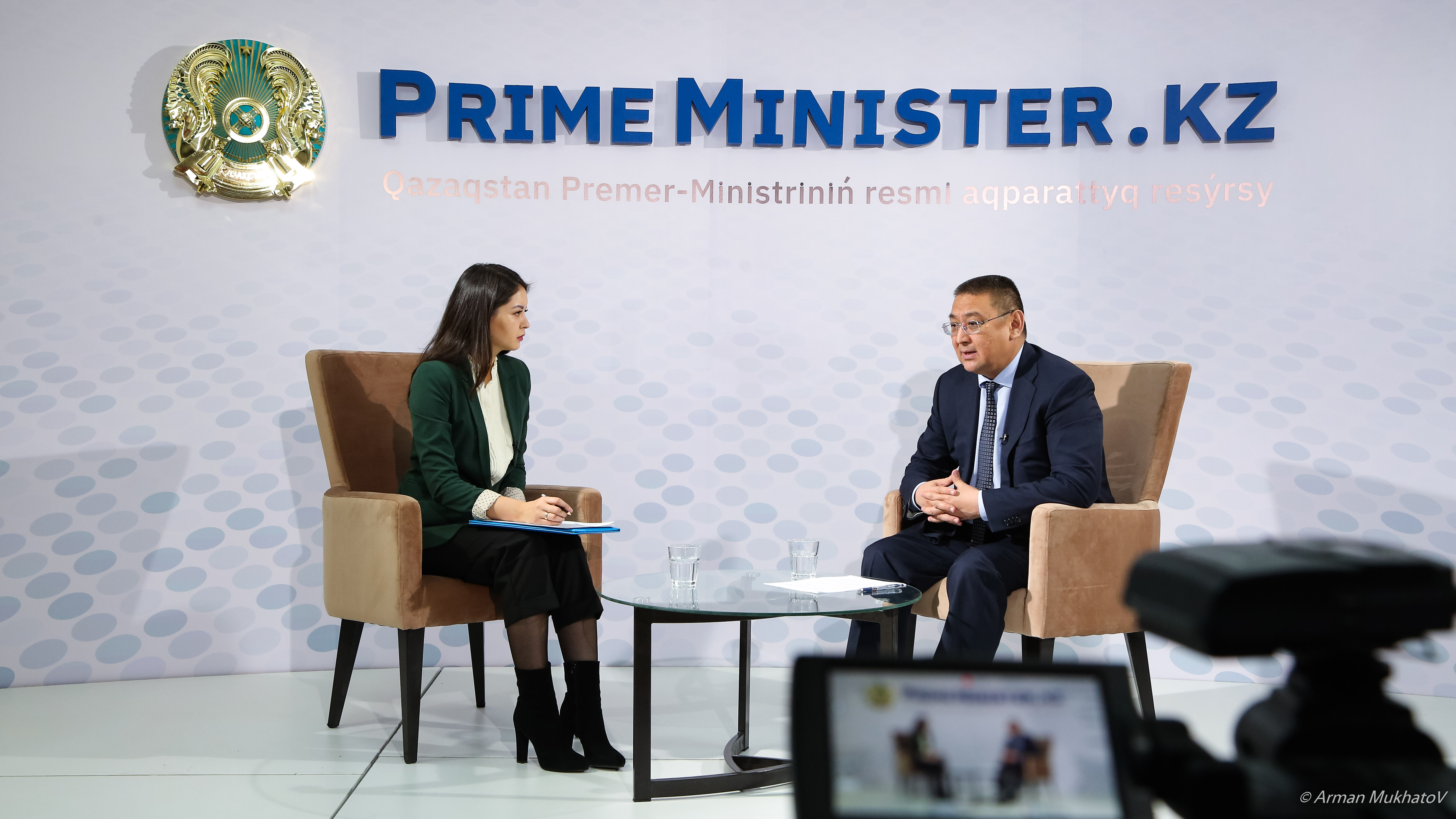 In the Address of the President Kassym-Jomart Tokayev “Constructive Public Dialogue – the Basis of Stability and Prosperity of Kazakhstan,” the government was instructed to ensure comfortable living for citizens and make every effort for further growth of the country's economy. One of the directions of this work is to improve the road surface. Chairman of the Committee for Roads of the Ministry of Industry and Infrastructure Development Sairanbek Barmakov spoke about the development of republican corridors that allow increasing transit potential, as well as the construction of local roads in an interview with PrimeMinister.kz.

— Sairanbek Soltanbekovich, as far as we know, the Nurly Zhol state program is one of the strategic documents, within the framework of which all the work in terms of road modernization is built. What are the results for key projects introduced this year or planned to be completed before the end of the year?

— This year, construction and reconstruction works covered 4.3 thousand km of republican roads. Today, all facilities are undergoing full-scale work according to the schedule of work. In general, according to the results of the year, it is planned to open traffic at 641 km.

— We often receive reports from citizens that on completely new roads, the road surface caused a subsidence, somewhere it does not match the quality. We understand that the construction of different sites is carried out by different companies. Tell us, what quality control mechanisms are imposed today and who is directly responsible, to whom can citizens complain about certain projects?

— Indeed, this issue is very relevant and timely. The quality of roads is one of the priority, main issues. In general, we have five-step control on the roads of republican significance. It is the contractors themselves who check, after the contractors the engineers service checks. They work with contractors daily. Then the author of the project checks. The next step is the RSE at RVP National Center for the Quality of Road Assets. And the fifth is the customer.

I want to emphasize that this year, on behalf of Elbasy, the RSE was opened at the National Exhibition Center “Road Assets Quality.” In 14 regions and three cities it is. Everywhere branches have already begun to work. They check the republican roads, and began to check the roads of regional and district significance. Accordingly, information on how they work, how they perform work, will be received weekly. We will respond in a timely manner. If work goes poorly somewhere, we can stop it or prevent it. We will work clearly in such matters. 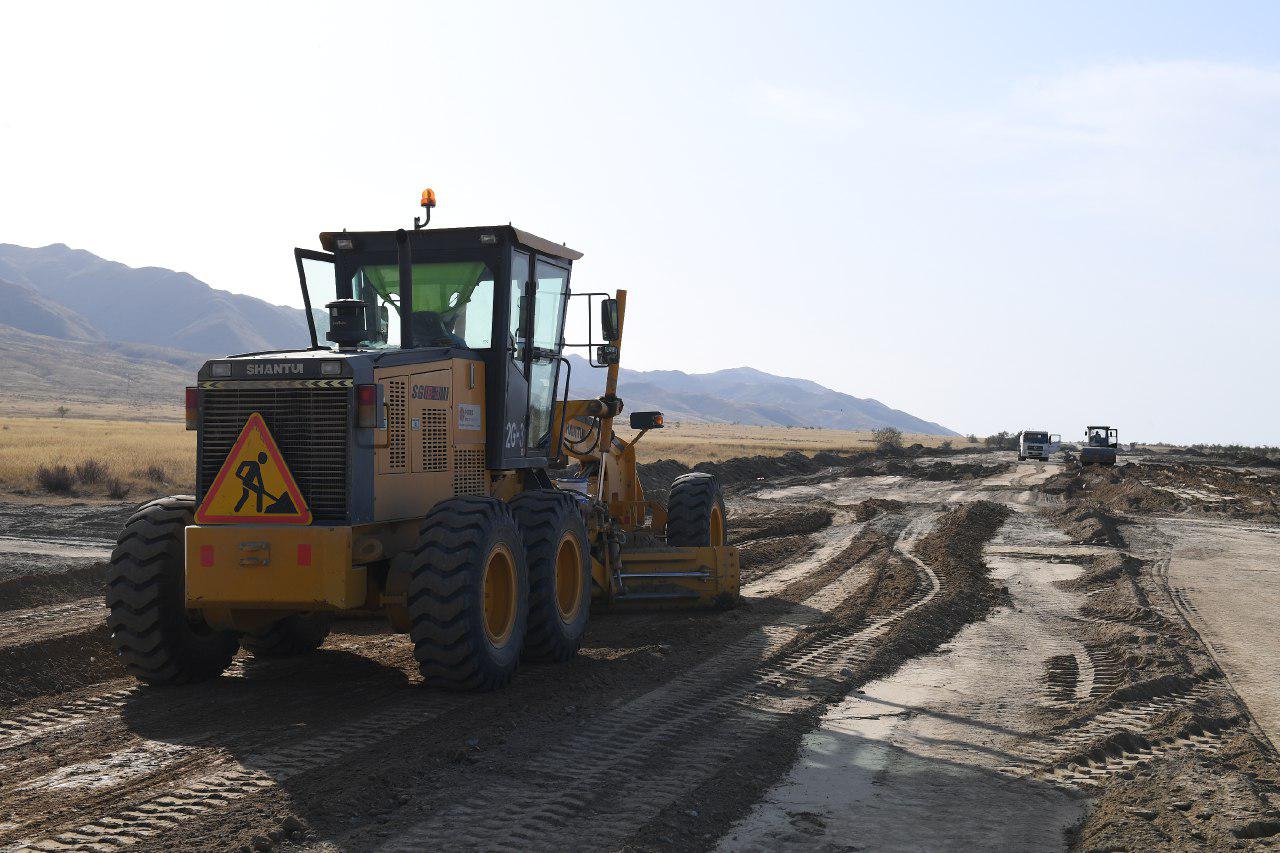 As for quality, I want to say that indeed all the companies that we work with are private. They are interested in quality work. Because we set such conditions: when they completely complete the work, the warranty period begins. The warranty period of the contractor’s responsibility for the work performed, depending on the type of road repair work and the source of financing, is from 2 to 5 years. When a defect occurs during the warranty period, then the company restores the road at its own expense. If suddenly this company falls into bankruptcy, then we revoke the bank guarantees of that bank, and restore the road for the bank guarantee.

Quality standards are international. Because we, together with the Russian Federation and Belarus, put these rules in order.

— Kazakhstan has a very favorable geographical position, which gives good potential for the development of the transit industry. We often hear about such projects as the transport corridors Center - South, Center - East, Center - West, Center - North. Could you tell us more about what these projects are. As far as we understand, these projects are aimed at connecting road routes with the capital of our country. What has been achieved today?

— First I want to talk about the transport corridor Center – East. This is our city of Nur-Sultan, Pavlodar, Semey, Kalbatau. The length is more than 1000 km. This year we are completing. Near Pavlodar remains 11 km section. There is an adjustment to the PSD. In the future we will complete it.

The second corridor is Center – South from Nur-Sultan to Almaty. The length is 1,100 km. To date, we have completed the construction of Nur-Sultan – Temirtau section. This year, Temirtau - Karaganda, Bypass of the city of Karaganda will be completed. Reconstruction of the Karaganda – Balkhash, Balkhash – Burylbaital and Burylbaytal – Kurt and Kurt – Kapshagai motor roads has begun. In 2020, we will provide travel to these sites. In 2021, we plan to complete these roads. 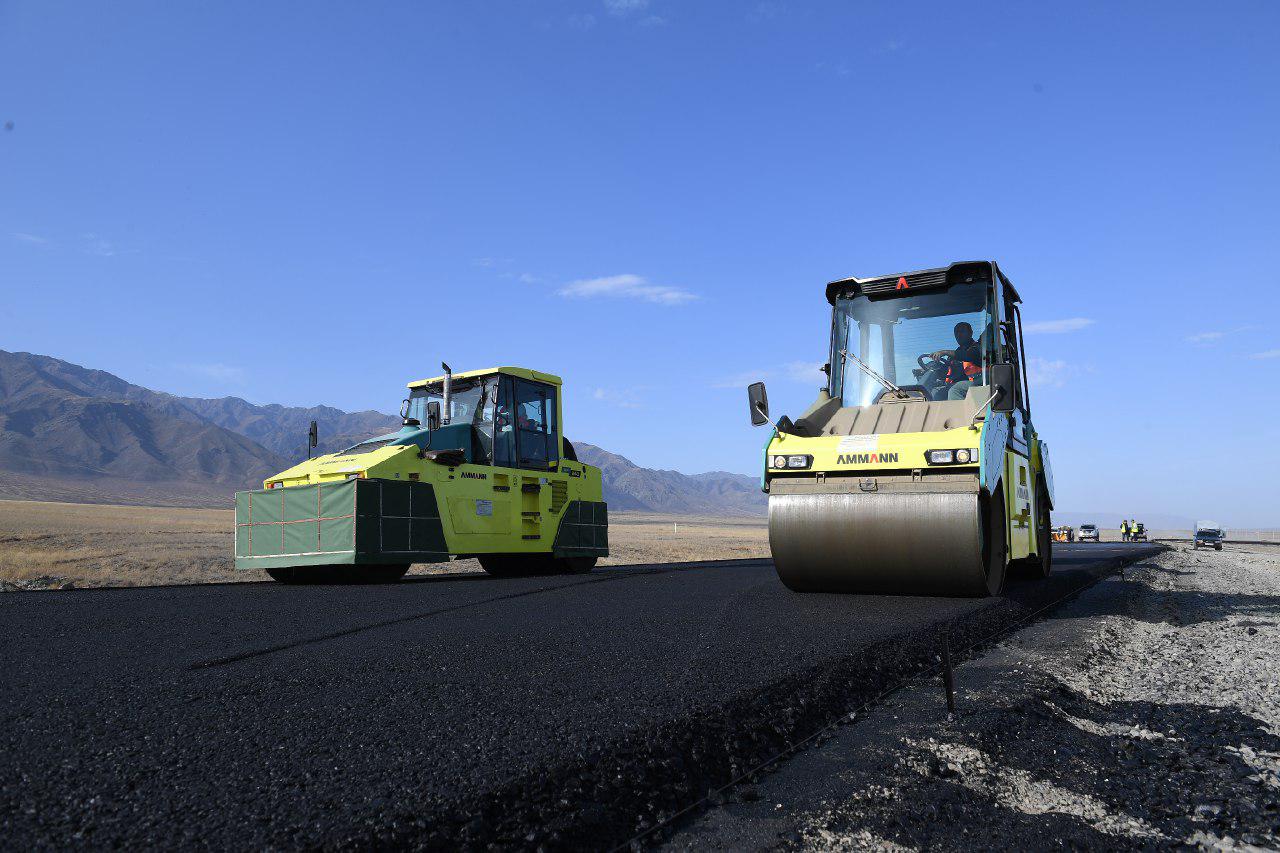 — According to the contract, they were supposed to complete the road in 2022. By protocol order of Prime Minister Mamin, by 2020 it is necessary to fully open traffic on the Kalbatau – Maykapchagay, Taldykorgan – Ust-Kamenogorsk, Karaganda – Balkhash highways and complete the construction of these sections by 2021. Today, full-scale work is underway on these roads. For example, about 10 million cubic meters of earthwork have already been completed at the Kalbatau – Maykapchagay section. The most basic thing is earthworks. Next comes the pavement. On the section Taldykorgan - Ust-Kamenogorsk completed 15 million cubic meters, Karaganda – Balkhash — 12 million cubic meters. This year, a journey of 198 km will be opened between Taldykorgan and Ust-Kamenogorsk, 45 km on the Kalbatau – Maykapchagay section, and 40 km on Karagandy – Balkhash.

— Roadside service has a special place with us. Roads are evolving. Tourism is developing. There are a lot of good places in the republic. Rich nature. Kazakhstan tourism as a magnet attracts the international community. Every year more and more people drive along our roads. There are 1822 units on the roads of republican significance of roadside service facilities. This includes gas stations, campsites, hotels, canteens, cafes, etc. Of these, 865 objects comply with the requirements of the National Standard. In other words, 865 roadside service facilities have a well-maintained toilet.

In order to improve the quality of roadside service in 2018, the Committee of Roads of the MIIR RK together with JSC NC KazAvtoZhol installed 12 modern comfortable toilets equipped with a vacuum flush system and amenities for people with limited mobility. 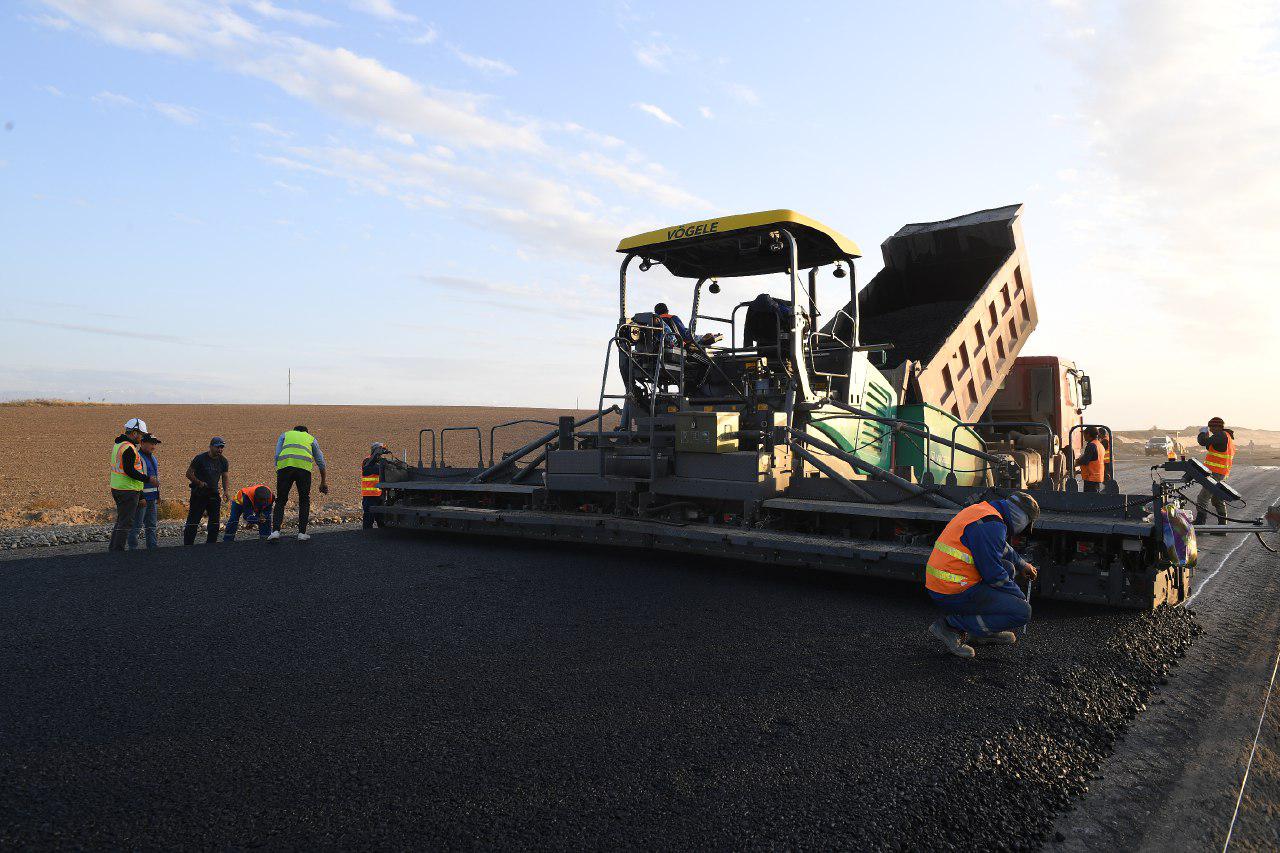 Also today, JSC NC KazAvtoZhol carries out a lot of work together with the regional akimats. For example, in the Kyzylorda region over the past two years 16 roadside service places have been built, in the Aktobe region over the same period of time — 18. These two areas are located along the international corridor Western Europe - Western China, therefore, roadside service is being intensively developed here, new facilities are being built. We hope that in the next two years we will bring roadside service to the requirements of the National Standard.

— Currently, a system of toll collection has been introduced on a number of republican roads. In the future, in what areas will this system be implemented? What fees are expected from the implementation of this system in the republic and what will they be directed to?

— Yes, today in the republic 682 km of roads are paid. These are Nur-Sultan - Temirtau, Nur-Sultan - Schuchinsk, Almaty - Khorgos and Almaty - Kapshagai. The money that comes from tolls goes entirely to the maintenance of these roads. Previously, funds from the republican budget were allocated for their maintenance. Since the beginning of the year, we have already collected 4 billion 130 million tenge from these four toll roads.

At present, we are considering the issue of introducing toll on 11 thousand km of republican roads. Of these, we plan 5.9 thousand km in 2020, the remaining 5 thousand km — by 2023.

In July 2019, KazAvtoZhol announced an investment competition for the introduction of payment. By the end of the year, it is planned to take stock of the competition and conclude an agreement with the investor.

— We will transfer full payment to the Western Europe – Western China corridor, a section of the road from Schuchinsk to Petropavlovsk, Omsk – Pavlodar and Nur-Sultan – Kostanay – the border of the Russian Federation. Where roads are reconstructed, we will introduce toll everywhere. 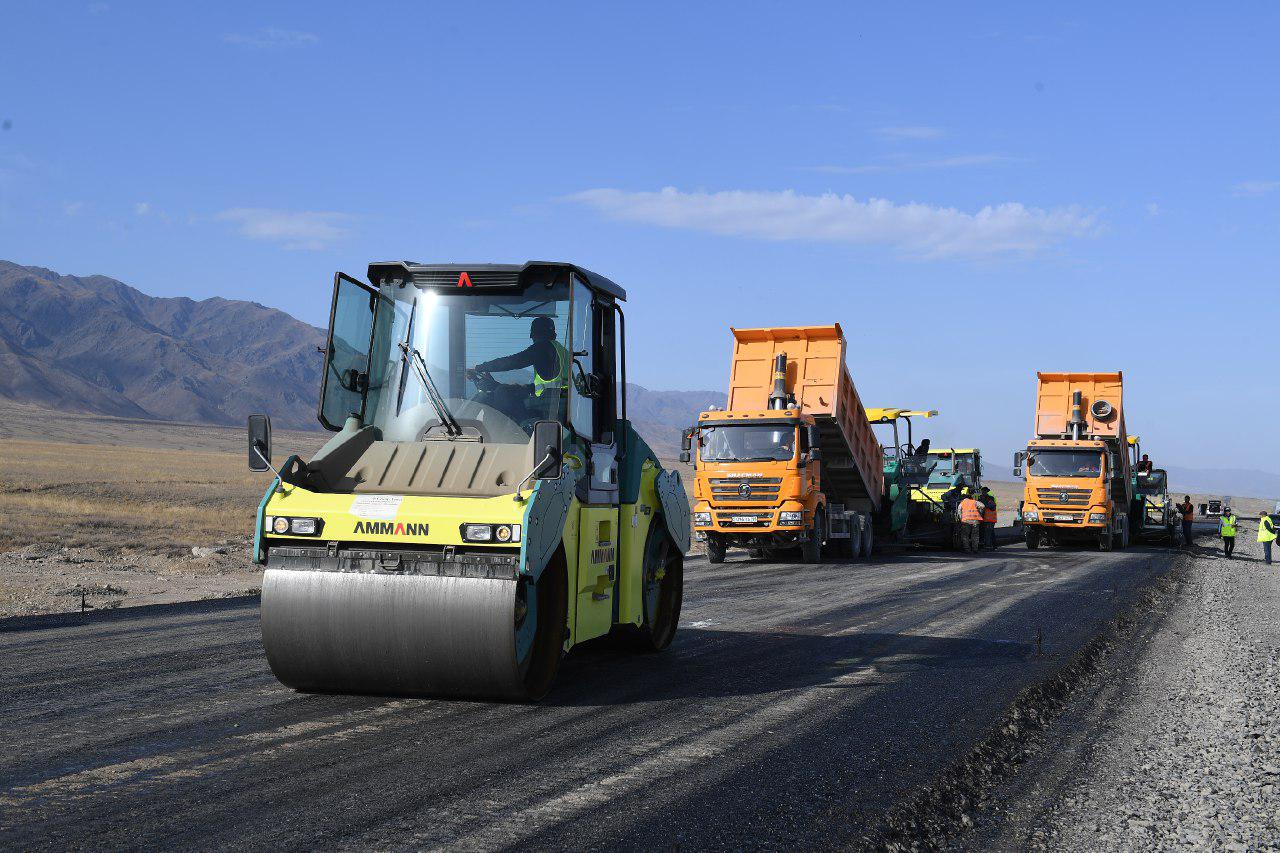 — The Head of State has repeatedly noted that comfortable living begins also with the road surface near the houses where people live. What work has been done to improve local roads of regional and district significance? What new technologies are used in Kazakhstan in the field of construction and reconstruction of highways? What measures is your committee taking to ensure the safety and sustainable operation of highways during the flood period?

Today, we are carrying out full-scale work on the republican roads, and our local roads remain in poor condition. Therefore, for the second year, thanks to the Address of the First President – Elbasy Nursultan Nazarbayev, financing of local roads was raised. Annually, 200 billion tenge is allocated from the republican and local budgets for local roads. Annually, repair covers about 5 thousand km.

In the international ranking in 2017, Kazakhstan took 114th place, in 2018 - 106th place, this year it already occupies 93rd place. 13 points ahead. This suggests that attention is paid to local roads and that roads are being repaired.

— When we discussed with you the mechanisms for implementing the construction of roads, you noted that private companies are engaged in this, that is, this is entrepreneurship. It often happens when tenders are held, the company wins, but at the same time does not complete the work on time. What is the responsibility of these companies today?

— Regardless of whether reconstruction, major and medium repairs are underway, there are contractual relations between the company and the customer. If the company does not fulfill its contractual relationship, we have penalties. If he does not fulfill his obligations at all, then the contract with him is terminated. He is blacklisted. In the future, will not be able to participate in tenders. These are the measures taken.

— Thank you for the interview!