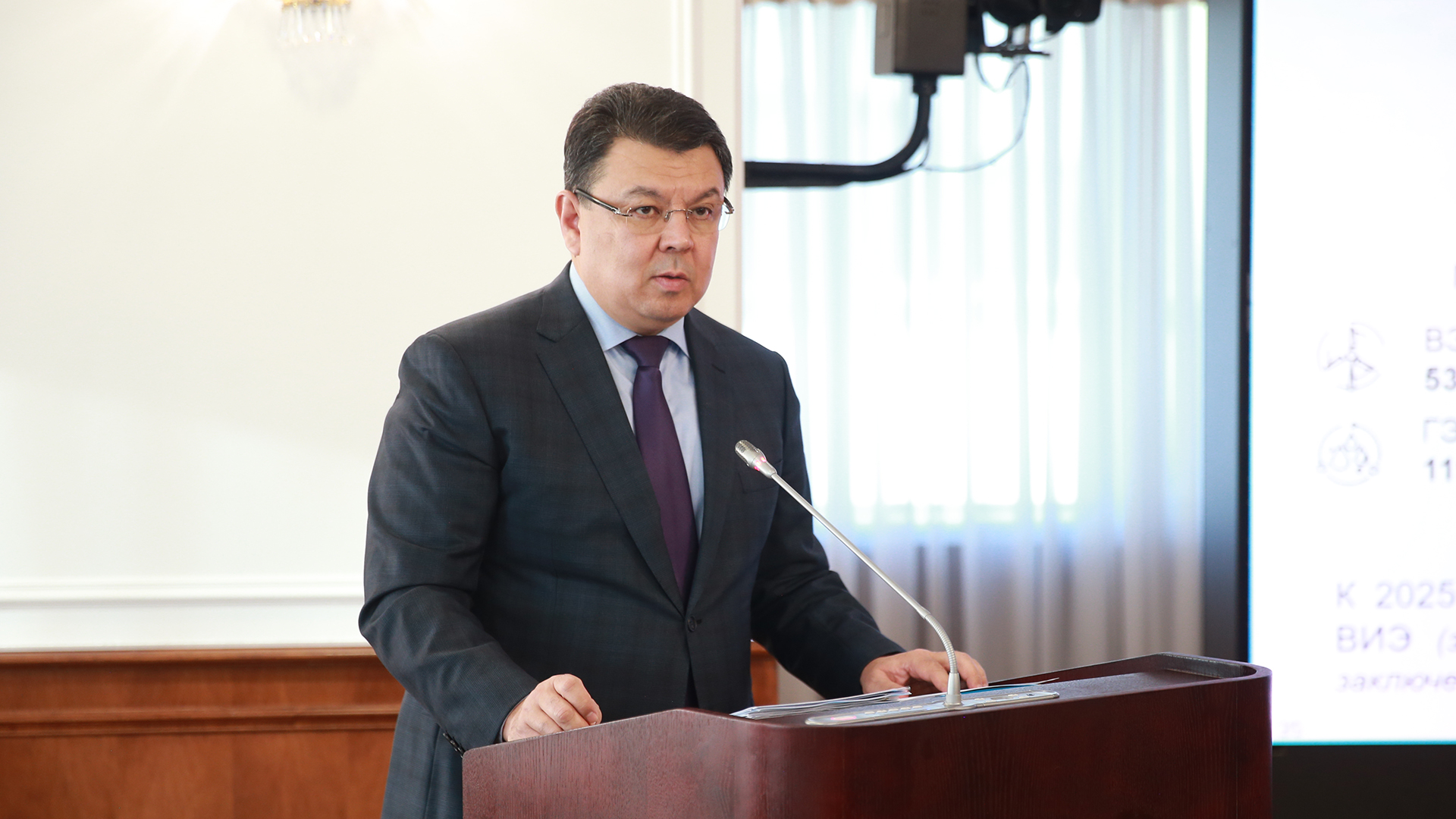 At the government session chaired by Prime Minister Askar Mamin, issues related to the development of renewable energy sources were considered.

“It is necessary to bring the share of renewable energy in the total volume of electricity production to 3% in 2020, to 6% in 2025, by 1030 — 10%, and by 2050, renewable and alternative energy sources should account for at least half of the total energy consumption” said Bozumbayev.

As the minister of energy noted, a completely new energy sector has appeared in the country, a market for green energy has formed. The law defines support measures in the form of a guaranteed purchase of electricity from renewable sources by a single purchaser of electricity — the Settlement and Financial Center under a 15-year agreement at the auction rate, as well as ensuring the connection of the facility to electric networks.

“Tariffs are indexed annually taking into account inflation and changes in the dollar exchange rate, energy producers are exempt from paying the services of energy transmission organizations for the transmission of electric energy. Within the framework of the Entrepreneurial Code, investment preferences are provided,” said the minister.

According to the minister, the system of fixed tariffs at the initial stage of development allowed to quickly launch the green energy market. In 2014, there were 26 operating facilities with an installed capacity of 178 MW.

“Production for 9 months of this year amounted to 1.65 billion kWh, its share is about 2.2% of the domestic market. An annual target of 2.4 billion kWh will be met. The increase in electricity production by renewable energy facilities for 9 months of 2019 compared to the same period in 2018 is — 65%,” the minister said.

Bozumbayev informed that investors from 10 countries of the world, as well as large financial organizations such as the EBRD, ADB, DBK, are now working in the green energy sector. The Asian Infrastructure Investment Bank as the first investment project in Kazakhstan chose the renewable energy facility — a 100 MW wind farm in the Zhambyl region. This transaction should be completed before the end of this year.

“A good signal for us is the fact that large oil companies such as Shell, Eni, Total, which win the right to implement projects in Kazakhstan in the competition, came to the green energy sector as investors. Thus, from the moment the Settlement and Financial Center has been operating, about 406 billion tenge has been attracted to the renewable energy sector and the constructed facilities will pay about 81 billion tenge of taxes,” Bozumbayev said.

Also, during the construction period, Kazakhstani engineers, builders and support staff are involved.

Since last year, the selection for the implementation of projects has been through the auction mechanism. This allows you to gradually reduce the impact on tariffs for end consumers from the commissioning of renewable energy sources.

International auction auctions 2018 – 2019 were held in electronic format for projects with a total capacity of 1,205 MW. The auction was attended by 138 companies from 12 countries. Auction bidders proposed applications for projects with an installed capacity of about 3,900 MW, which exceeded demand by 3.2 times.

Along with this, the minister emphasized that in different countries, distributed small-scale generation at the level of households, small and medium-sized businesses was widespread. In accordance with the law, the state provides individual consumers in non-electrified settlements with a 50% subsidy on the cost of 5 kW of a Kazakhstan-made installation. To actively engage households and businesses in the use of distributed generation, it is proposed to improve the norms for economic incentives for the population to use green energy for their own needs, to solve issues related to the sale of surplus electricity to the network, so-called net-metering, financial instruments are needed (leasing, subsidizing interest rates, etc.) 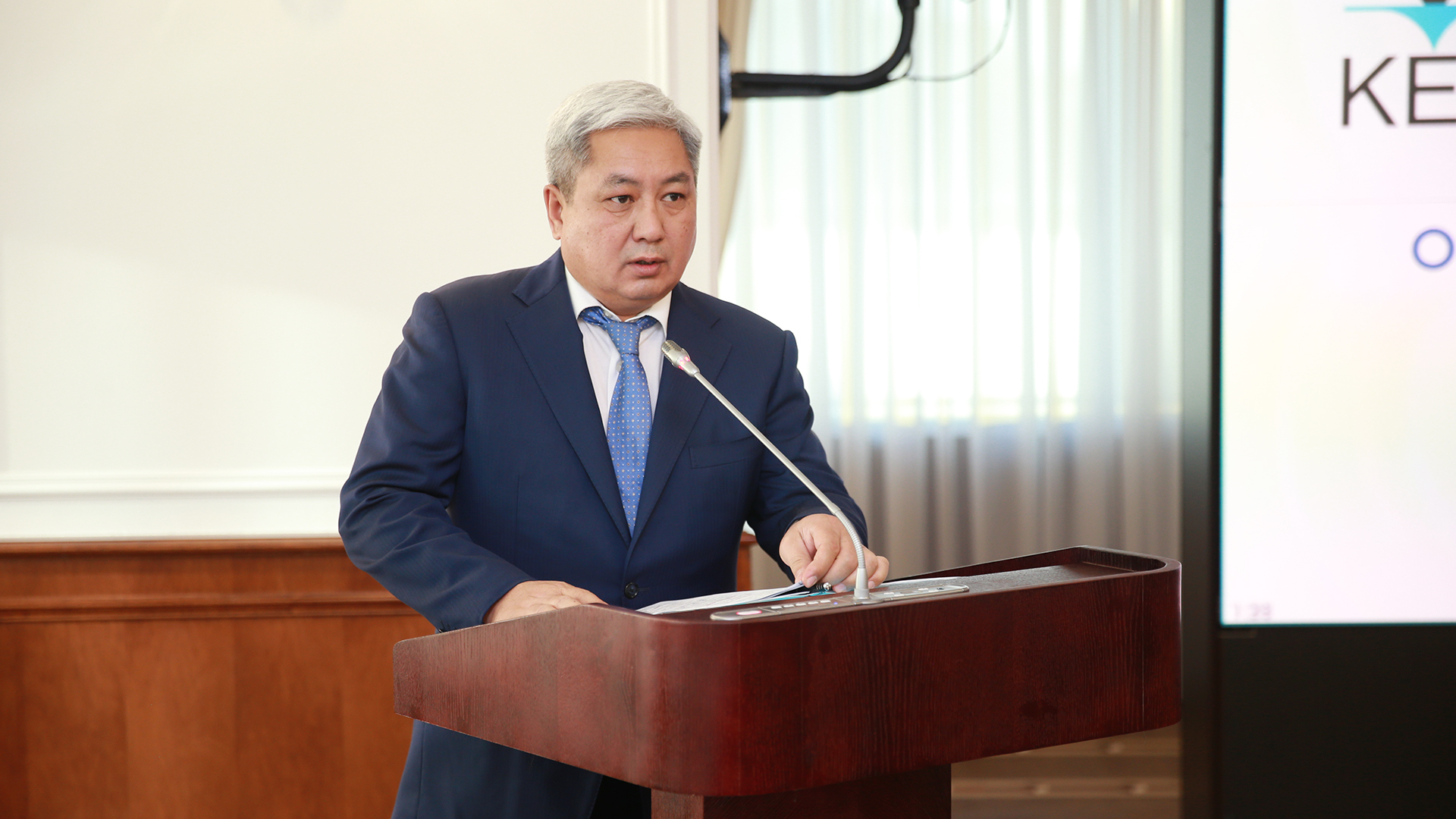 Chairman of the Board of Kazakhstan Electricity Grid Management Company KEGOC JSC Bakytzhan Kazhiev reported on interaction with the renewable energy market. According to him, today it is necessary to increase volumes and for this all indicators exist. The state has clearly identified target indicators to increase the share of renewable energy in the total electricity production. In 2013, KEGOC JSC established a financial settlement center for renewable energy support, the aim of which is to guarantee the purchase of electricity at fixed tariffs and auction prices for 15 years.