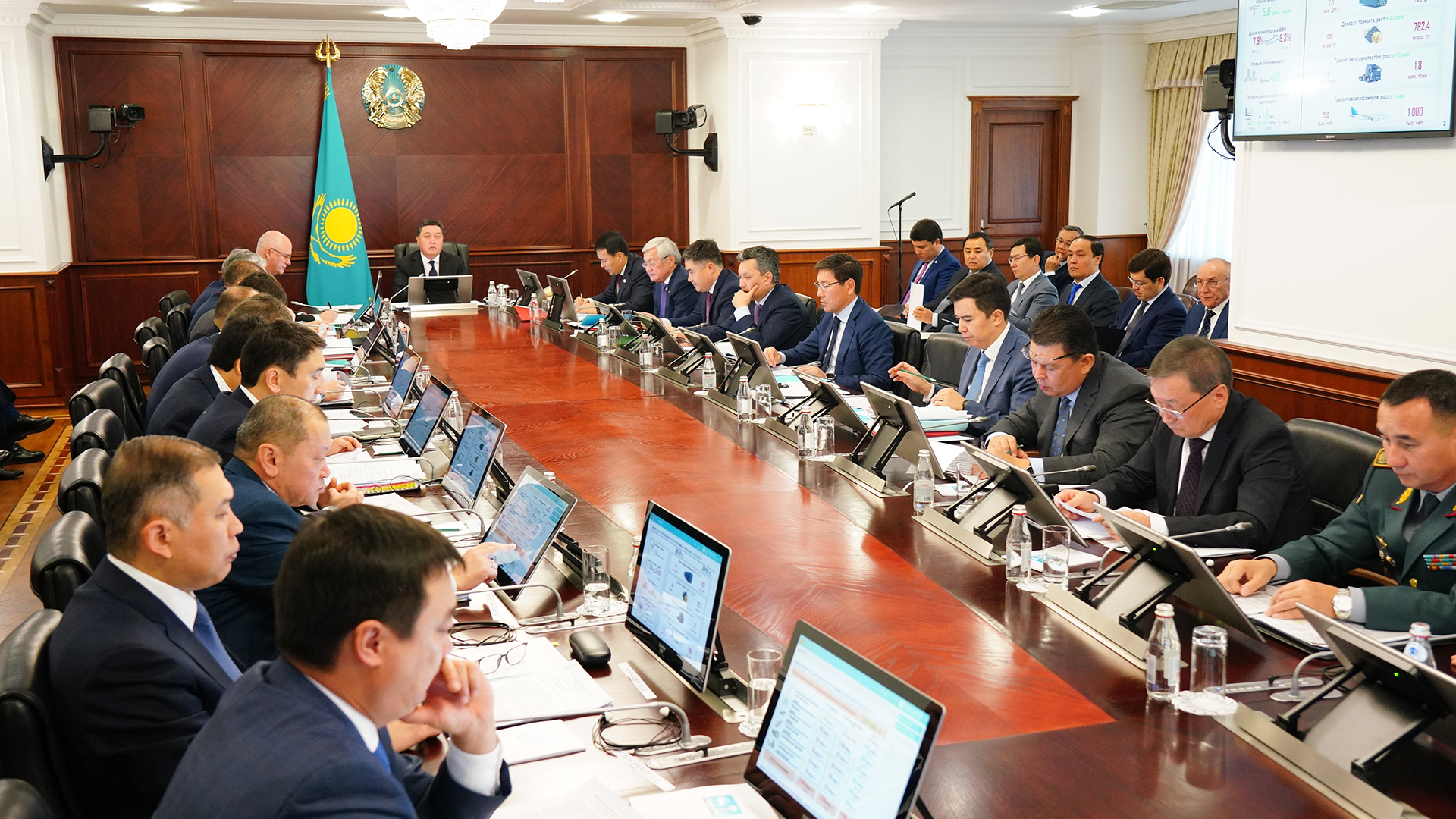 At the Government session chaired by Prime Minister Askar Mamin, the progress of the implementation of the Nurly Zhol State Infrastructure Development Program for 2015-2019 and the project for 2020-2025 were reviewed.

Minister of Industry and Infrastructure Development Beibut Atamkulov presented a report, where he said that over the past 5 years, about 5.8 trillion tenge has been allocated for the development of the transport industry within the framework of the Nurly Zhol State Program for 2015-2019.

As a result, more than 400 thousand jobs were created, the share of transport in GDP grew to 8.3%, labor productivity – 1.7 times, total transit of containers – 3 times from 271 thousand to 825 thousand containers in twenty-foot equivalent, income from transit – by 4.3 times from 180 billion to 782.4 billion tenge, the volume of transit of goods by road – by one and a half times from 1.3 million to 1.8 million tons, the number of transit passengers – by 4 times to about 1 million transit passengers.

Three thousand km of republican roads were built and reconstructed, 15 thousand km of regional and district roads were repaired, 1.4 thousand km of new railways were commissioned, 6 runways were modernized at the airports of Uralsk, Petropavlovsk, Almaty, Semey, Kostanay, Balkhash. The capacity of the terminals on the border with China has been increased to 40 million tons per year. Due to the expansion of the port of Aktau and the construction of the port of Kuryk, the capacity of the port infrastructure in the Caspian has been increased from 17.5 million to 27 million tons per year. The length of engineering networks amounted to 3.4 thousand km. Since the start of the Nurly Zhol program, freight traffic on inland waterways has grown by 86%, from 750 thousand tons to 1.4 million tons, through navigation on the Irtysh River has been resumed, and the quality of navigable waterways has been improved.

In order to bring to the national standard in the field of automobile transport, it is planned to build and modernize about 133 bus stations / stations and passenger service points.

In general, the implementation of the new Nurly Zhol State Program will create 551 thousand jobs, including 48.5 thousand permanent and 502.2 thousand temporary, increase investment in fixed assets of the transport industry by 3 times from 1.1 up to 3.4 trillion tenge, the volume of transit by rail – from 18.1 million to 26.9 million tons, by road – from 1.6 to 3 million tons per year.

“As Elbasy noted at a recent meeting of the Nur Otan faction, the new five-year plan of the Nurly Zhol program is one of the fundamental state programs aimed at further developing the country's transport infrastructure and transit potential,” said Mamin.