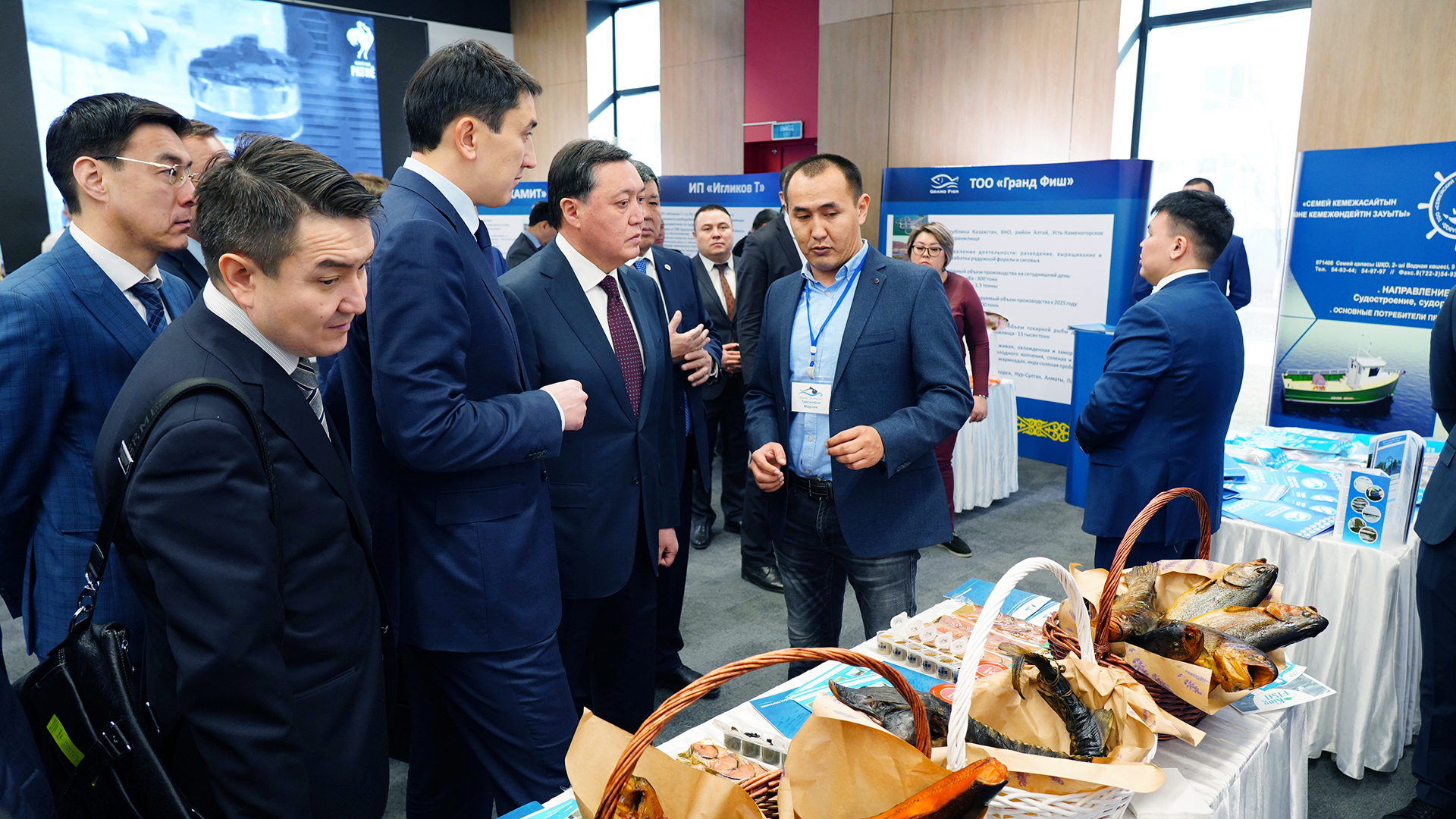 As part of his working trip to the Atyrau region, Prime Minister Askar Mamin held a meeting on the development of fishing industry in the Republic of Kazakhstan.

The Minister of Ecology, Geology and Natural Resources Magzum Mirzagaliyev and the Executive Director of the Association for Fisheries – BD Nurzhan Zhumagaliuly reported on the state and prospects for developing fishing industry, representatives of the fishing business of Atyrau, East Kazakhstan, Kyzylorda, Turkistan regions reported on the problems of fishing in the regions, Russian professor A. Litvinenko and Deputy of the Senate of the Parliament Sarsenbai Ensegenov reported on the development of fish farming in the Republic of Kazakhstan. 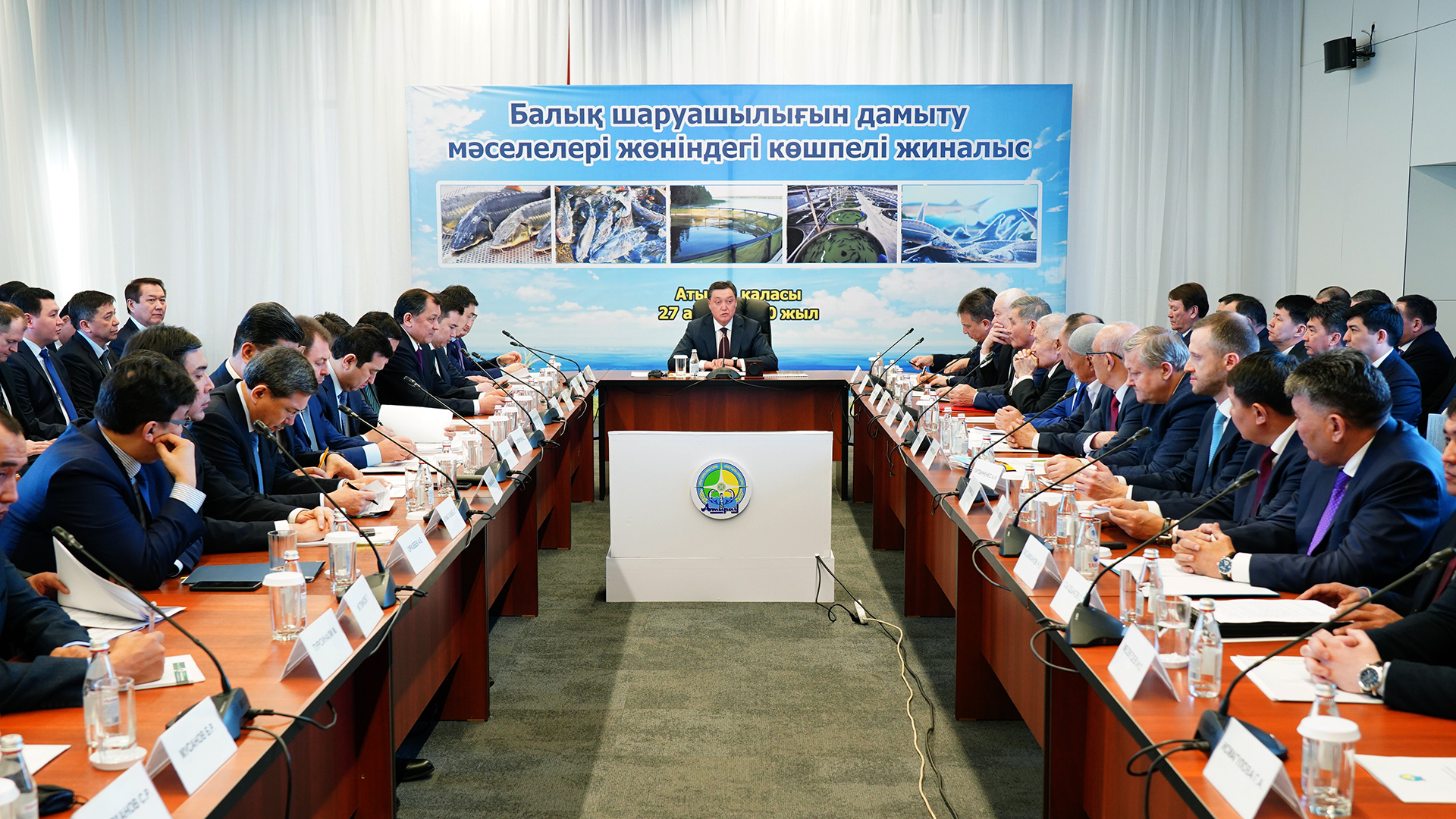 In the medium term, there is a potential to increase the domestic market to 120 thousand tons, which will reduce imports due to the cultivation of trout and Atlantic salmon, while increasing export volumes to world markets, in particular, China, Russia and Europe.

Commercial fishing in the Republic of Kazakhstan is carried out by over 1 thousand subjects of fisheries, for which 1,646 fishery reservoirs and their sections are assigned. The industry employs 11 thousand people.

Fish farming is developing dynamically in Kazakhstan — over the past 7 years, the volume of fish grown has increased 9 times from 800 tons to more than 7 thousand tons. 180 fish farms are engaged in fish farming in the country, where more than 1 thousand people are employed.

The head of government noted the need for systematic measures for the development of the country's fisheries and instructed to prepare a draft Concept for the Development of Fisheries of the Republic of Kazakhstan by April 1, 2020.

“To consider the lifting of the ban on fish farms to operate in water protection zones of rivers, as well as reduce fees for the use of water resources by fishery entities, providing only payment for actual water costs. To improve the mechanism of payment for the use of fish resources, including lowering payment rates,” said Mamin.

The prime minister instructed to develop and implement an information system for traceability of fish products.

“Within a month, prepare proposals to increase the fishing time in the Caspian Sea and on the Zhayik River, as well as permit night fishing. To expand state support measures for fishery entities and include fisheries among the priority areas of the economy,” said Mamin.

The head of government instructed to consider the purchase of dredging equipment to ensure regular fisheries reclamation, as well as prepare proposals for financing the material and technical equipment of hatcheries and territorial fisheries inspections. 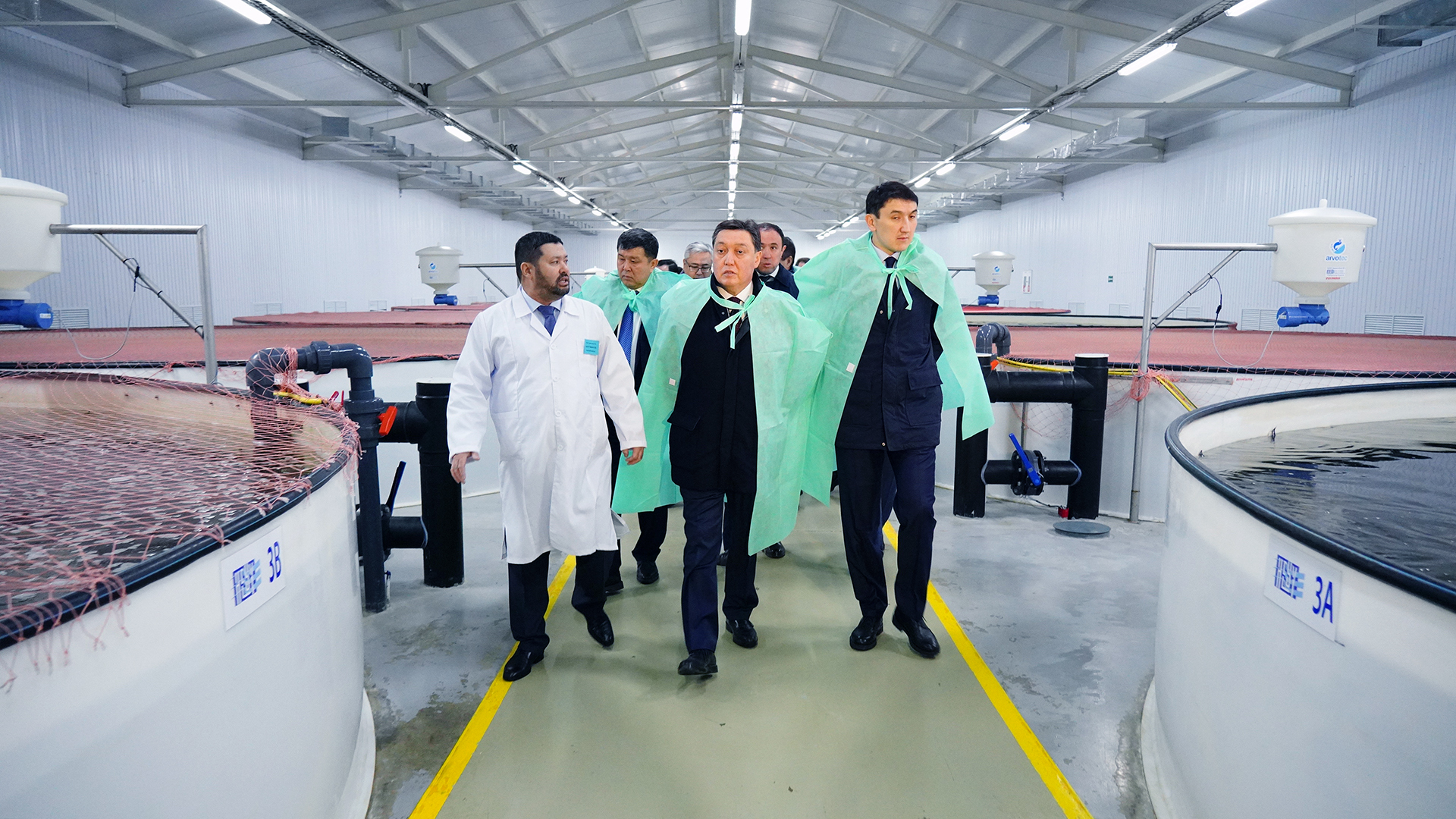 Within the framework of his working trip, Mamin visited the Atyrau Sturgeon Hatchery and enterprises Imeni Amangeldy and Caspian Royal Fish, as well as visited the exhibition of achievements of the fishery of the Republic of Kazakhstan.