Briefing after Government session: Auditing of power and district heating networks in Kazakhstan 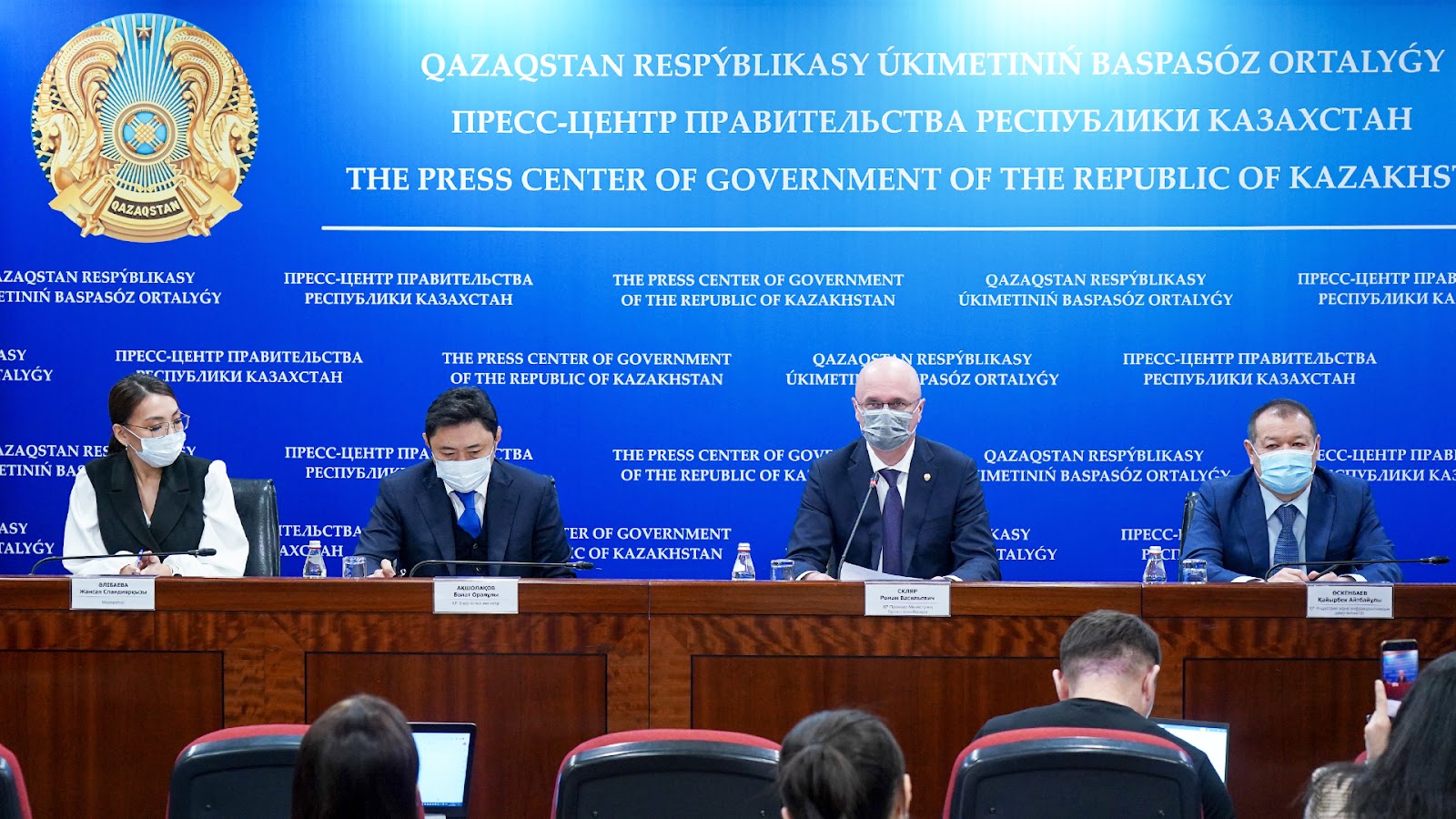 The press centre of the Government of the Republic of Kazakhstan hosted a briefing on the results of the regular meeting of the Cabinet of Ministers. Journalists' questions were answered by First Deputy Prime Minister Roman Sklyar, Ministers of Energy Bolat Akchulakov, Industry and Infrastructural Development Kairbek Uskenbayev.

In his report, Sklyar noted that in implementation of the Message of the Head of State of September 1, 2022 the issue of adopting a new programme "Tariff for investment" in 2023 is being worked out. Ensuring investments in the power plants will allow involving the existing reserves in the fastest and most efficient way. The programme will reconstruct, modernise and expand the existing assets of power generating organisations and thus improve the reliability of the power system and ensure that the wear and tear on the generating capacity is reduced by 15% by 2035.

According to the Minister of Energy, the money envisaged for repairs of power generating organizations, taking into account the approved tariffs for electricity and heat, amounts to 93 billion tenge. At the moment, revenues of power plants from sales of electricity and heat within the approved tariffs do not cover the costs for full-fledged repairs. The amount of underfunding is 88 billion tenge. 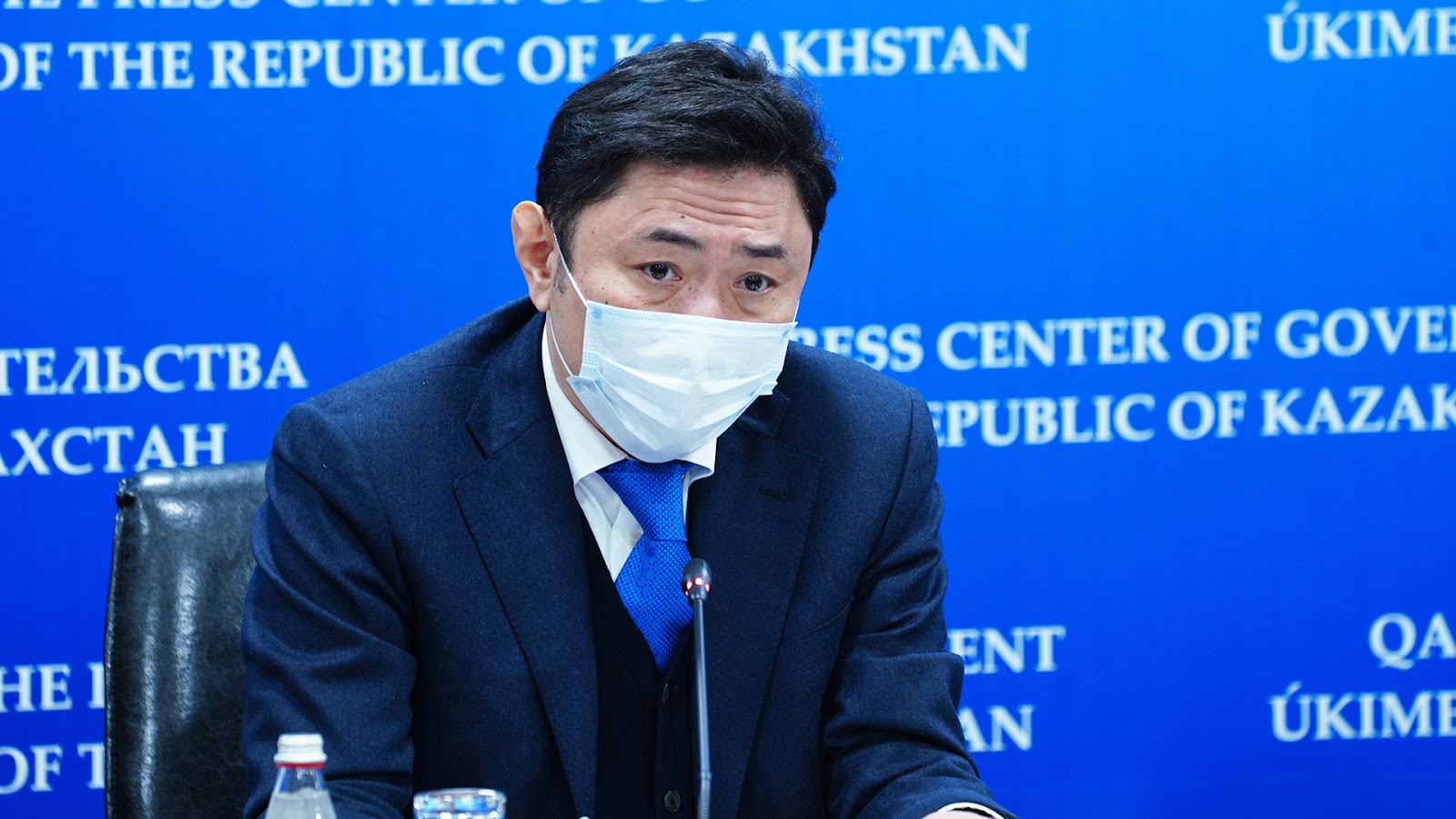 At present, the average wear and tear of the electricity networks in the Republic of Kazakhstan is about 66%.

The Ministry of Energy has started work on an independent technical audit of the country's power plants. The technical audit is carried out with the technical assistance of the World Bank. Within the framework of an open tender for the first stage of the Technical Audit, the World Bank selected a consortium of companies including KPMG India, KPMG Kazakhstan and Acelerex Inc. and Kazakhstan Electricity and Capacity Market Operator JSC is the local coordinator of the project. The deadline for completion of the Technical Audit is scheduled for the end of the first quarter of 2023. 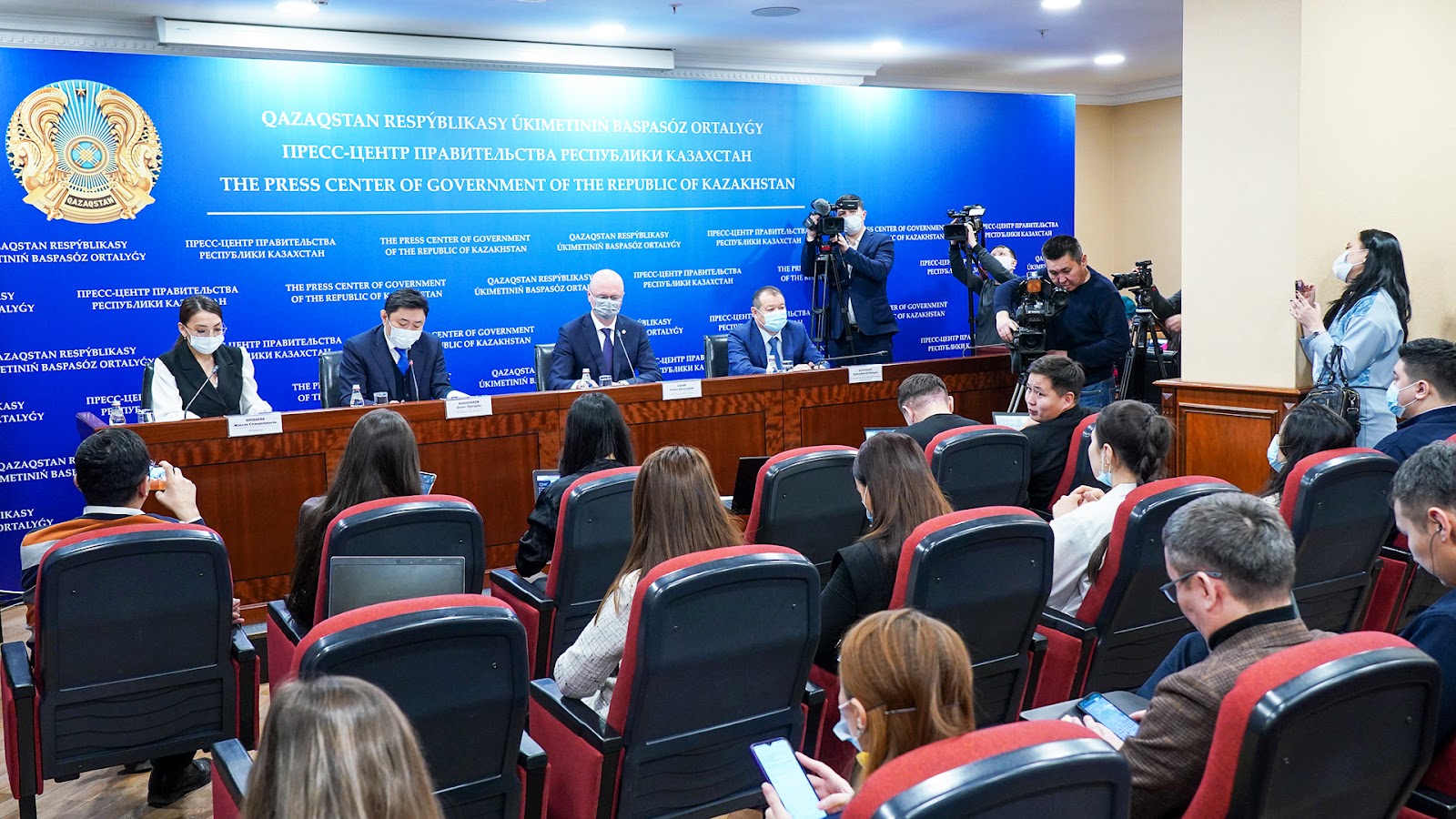 The outcome of this work is planned to obtain a technical audit of the country's power companies, applying the best international practices of technical audit and issuing appropriate recommendations to reduce physical wear and tear, improve the reliability and safe operation of power equipment. 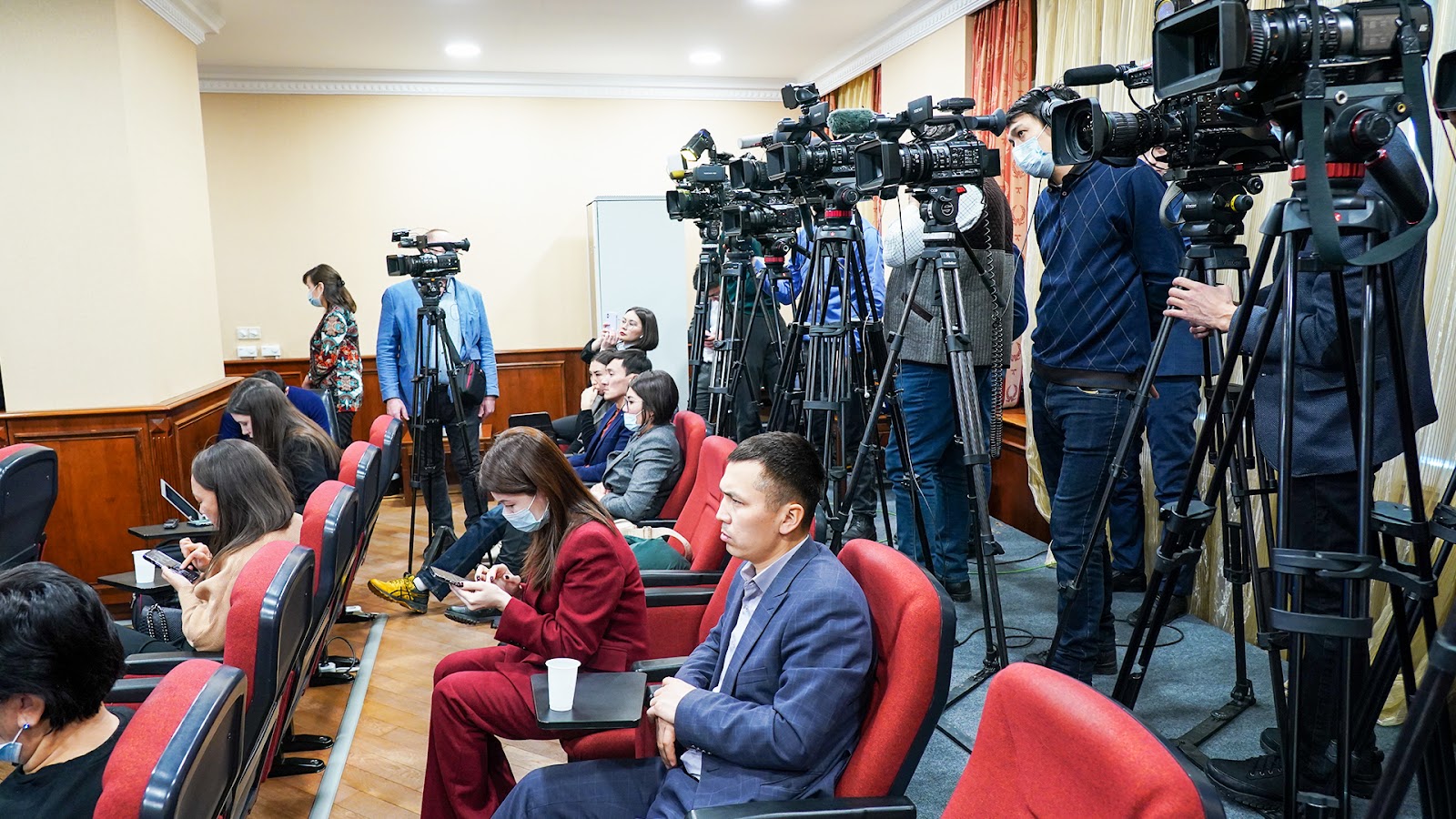 "8% of the city is a huge figure. It's a big communal accident, but not an accident of the whole city. The heating engineers were able to restart the plant. Of the 149 homes that were initially without heat, 79 were restarted in the first 24 hours, and only 70 homes underwent this work. I also talked about why it took so long. In my opinion, it is incorrect to call it a disaster for the entire city. Many people have the mistaken impression that the whole city is frozen and there is no heat and no electricity. But those who have been there, looked objectively, they understand that this is not the case," Sklyar said.

He stressed that the Operstab has developed a special table indicating specific houses, organizations assigned to them. Executives of GRES-2, Bogatyr and Vostochny mines were constantly in their assigned neighborhoods. In the morning and at night, according to Sklyar, there were briefings at the headquarters, and during the day they adjusted plans and tasks. 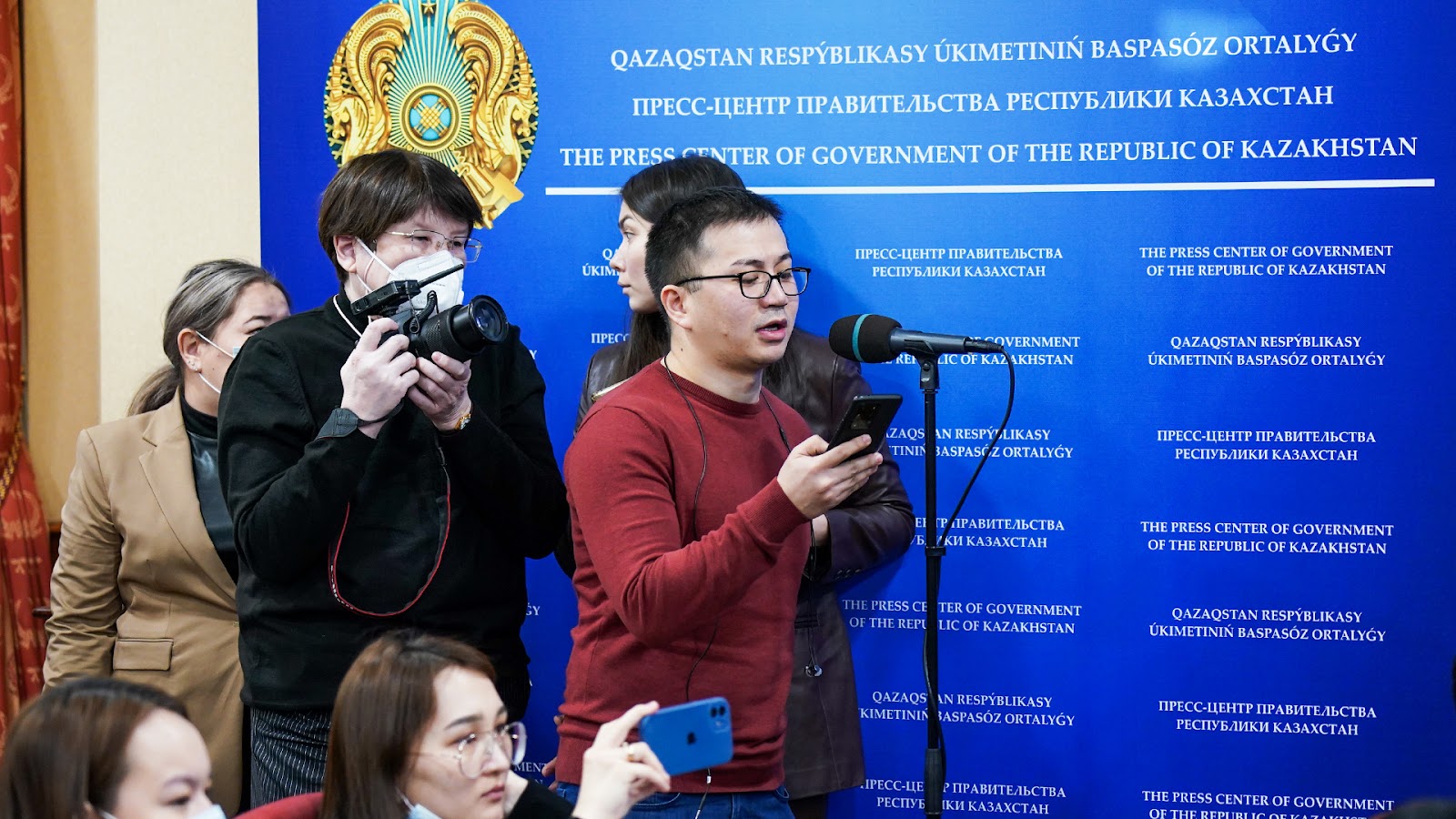 Responding to journalists' questions regarding the return of utility companies into state ownership, Sklyar said that this issue would be decided only after an audit next year. 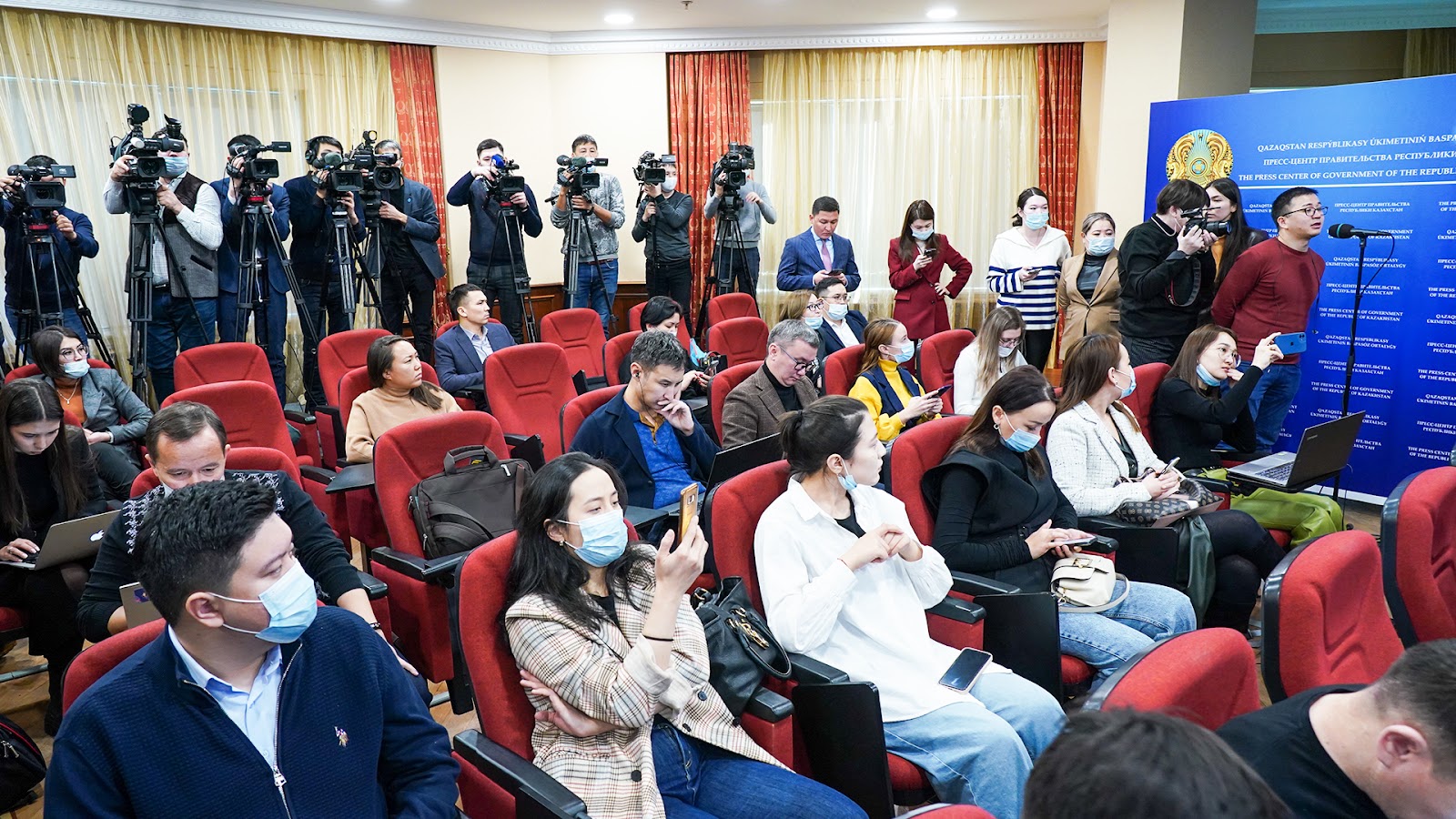 Deputy Prime Minister noted that earlier the owner of Ekibastuz TPP offered to return it for one tenge.

"But we need to understand in what condition they want it back. Whether all funds which the owners showed on paper, declared, were spent on this cogeneration plant, and not somewhere else. A thorough audit is needed. We will conduct an audit in the first quarter of next year, and then we will make a decision on the return," Sklyar said.

Meanwhile, he added that the most problematic CHP plant is in Ridder town. 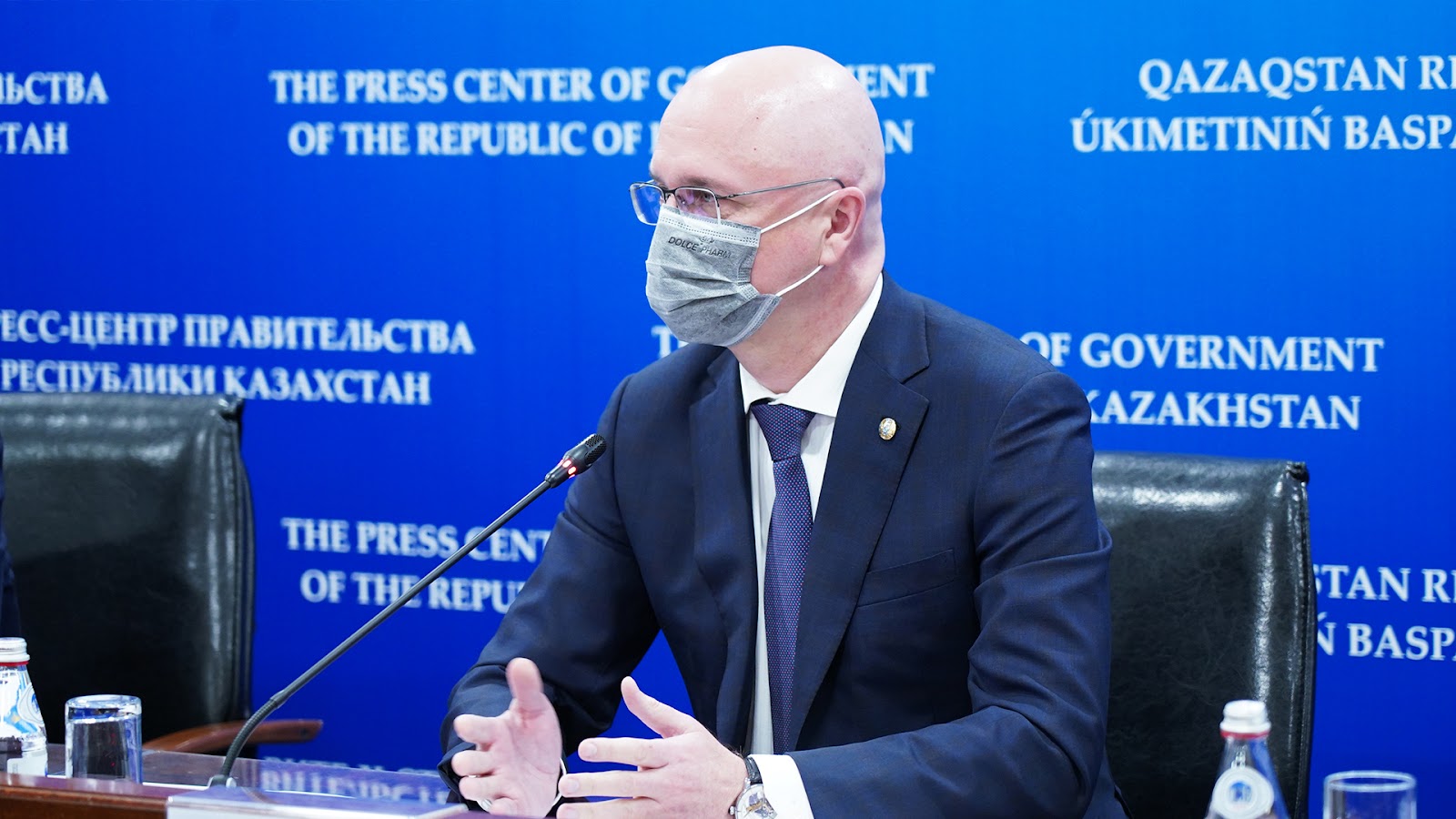 "If in Ekibastuz we say that the accident was in the heating network, but not in the CHP. The CHP worked and is now working quite normally, but in Ridder it completely stopped. No preparations were made for the winter period at all. The declared repairs were not carried out. This is why such facilities are now being thoroughly audited - the Ministry will take measures to keep them running. Either the owner does this. Or they will be transferred to municipal or republican ownership. The form of the transfer, how it will take place, will be decided a little later," Sklyar said.

The Speaker specified that the audits of the communal power facilities of the country are currently in progress. The inspectors will find out how much investments in investments and overhaul of the networks were declared for their functioning. 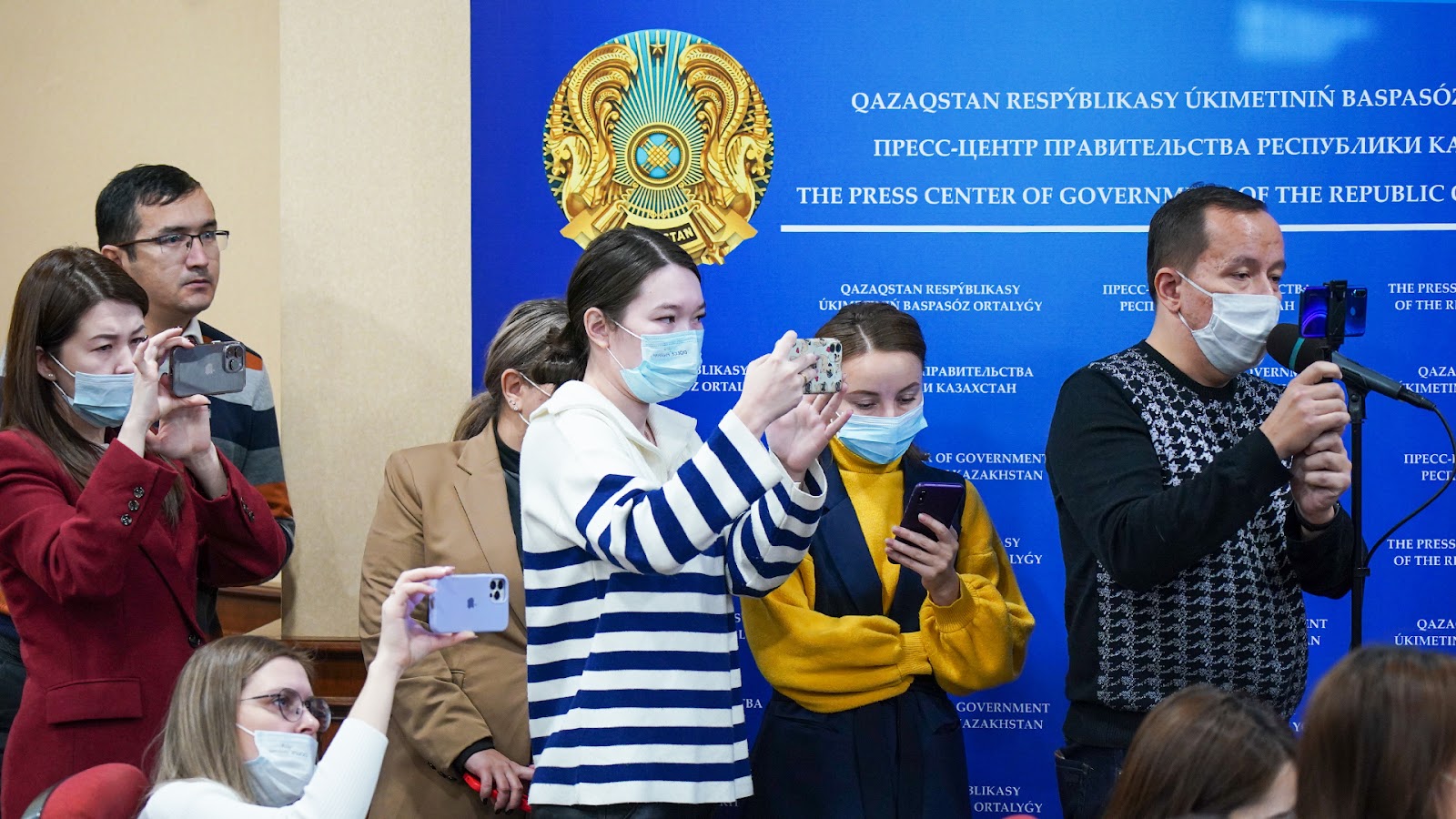 "Before the start of the heating season, all heating networks were tested. All this has been documented. There are relevant signatures of responsible persons, who carried it out. Nevertheless, the largest breakdown on the heating network in the history of Ekibastuz occurred. Its causes are being investigated by the Energy Supervision Committee and law enforcement agencies," Sklyar said.

At the same time, the First Deputy Prime Minister promised that all those involved in the emergency in Ekibastuz will be punished. Law enforcement agencies are now looking into the matter. 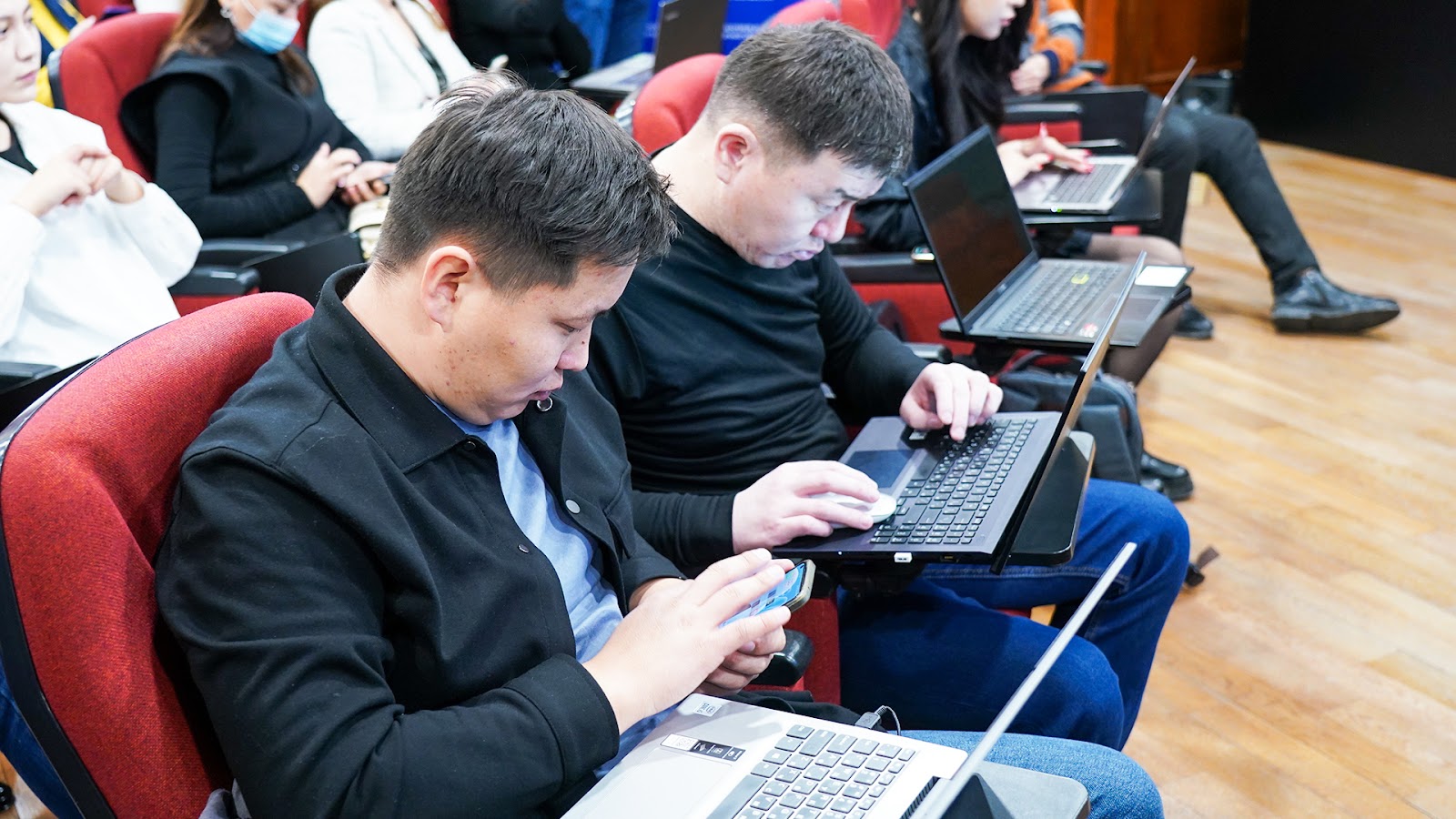 "This is the largest accident in the history of Ekibastuz, when 149 residential buildings were disconnected from heat supply. The cause of this accident and the emergency response algorithm will be investigated by law enforcement agencies. Then they will give their assessment. Absolutely everyone, both those involved in the emergence of this accident and those who by their actions delayed the elimination of the issue will be brought to justice," he said. 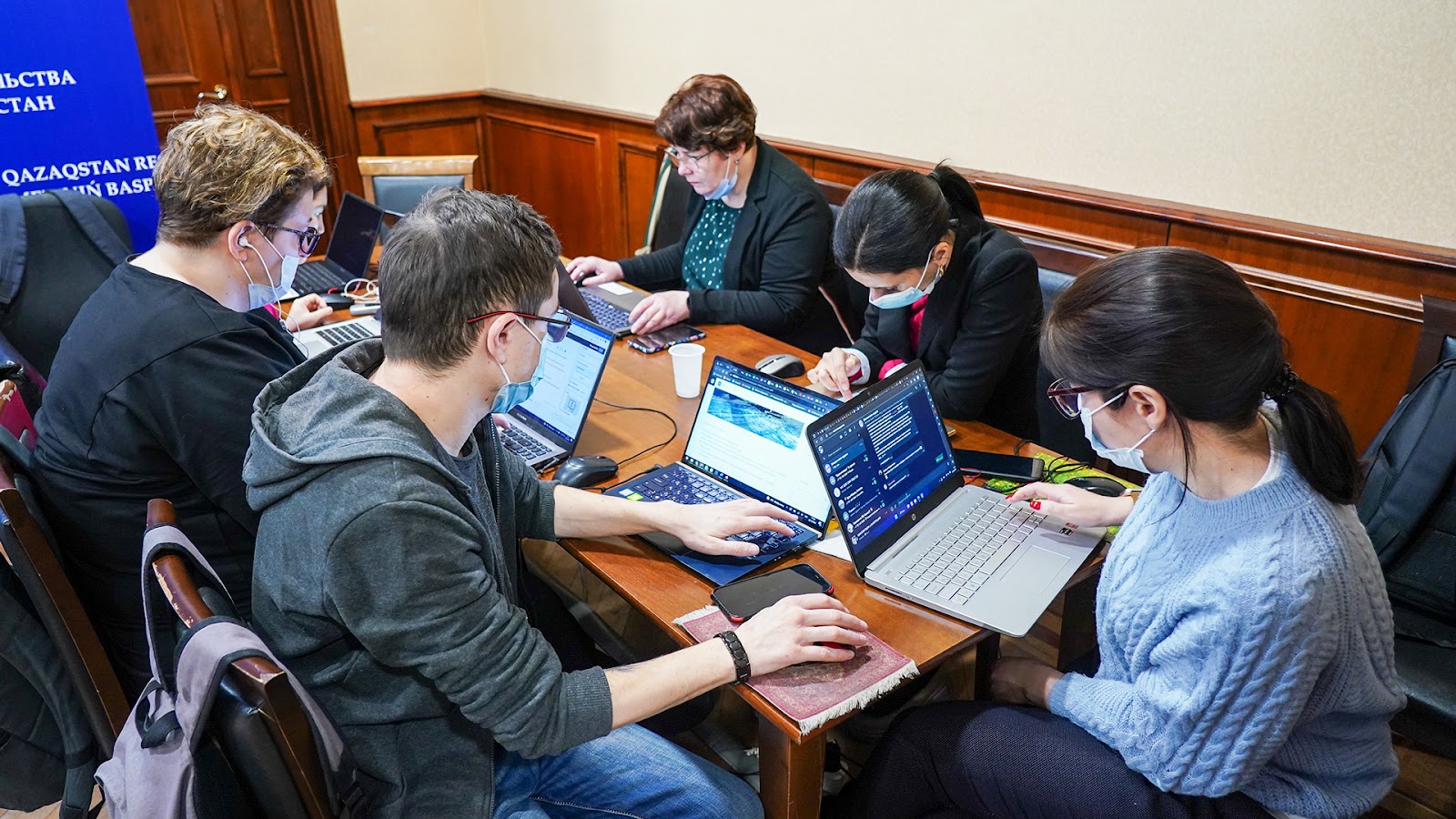