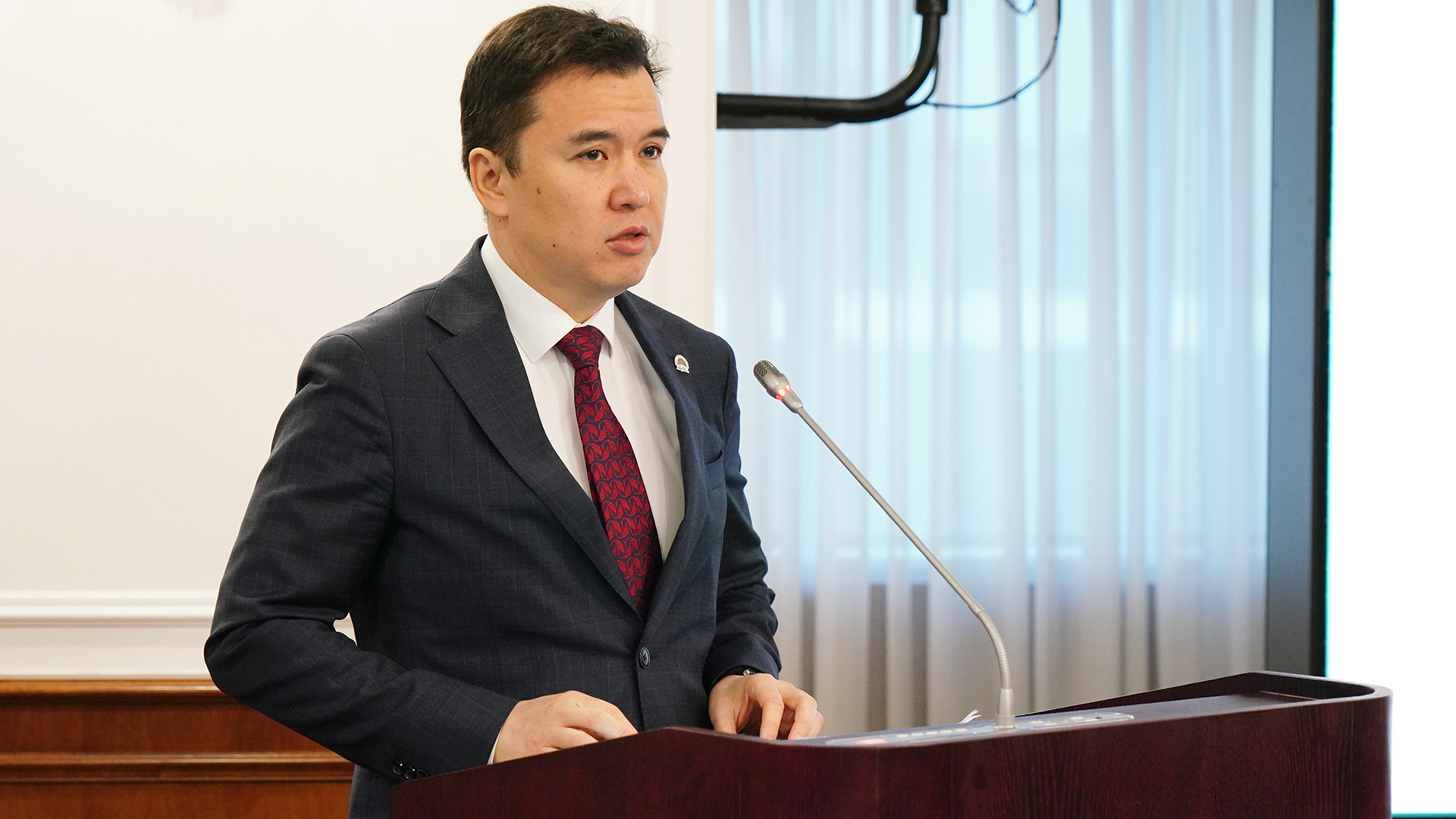 Minister of National Economy Ruslan Dalenov, at a government session chaired by Prime Minister Askar Mamin, reported on the draft National Action Plan for the implementation of the President's Address of Sep. 1, 2020.

To implement the Address of the Head of State "Kazakhstan in a New Reality: Time for Action,’' the Ministry of National Economy, together with relevant state bodies, developed a draft National Action Plan.

The project is based on 7 basic principles of the new economic course and consists of 143 measures in 10 key areas.

Further improvement of the state planning system is planned.

An effective personnel policy and decision-making system will be ensured.

In order to further increase the efficiency of the activities of state bodies, from July 1, 2021, a transition to a new system of remuneration of civil servants will be carried out.

Measures will be continued to reduce state participation in the economy.

A total of 10 measures are planned to be implemented.

The priority of this direction will be to increase the competitiveness of the manufacturing industry, the share of local content will increase.

Special attention will be paid to the development of the potential of the agro-industrial complex.

The active development of the country's transport and transit sector will continue. Support and development of SMEs will continue, including in the affected sectors of the economy. Monetary policy will play an important stimulating role. Work will be done to simplify the fulfillment of tax obligations and reduce the shadow economy.

A total of 42 events are planned to be implemented.

The main emphasis in this direction will be placed on increasing the competitiveness of the regions. Growth points will be formed, taking into account the potential for the development of production and the creation of new jobs. Cooperation will expand to promote domestic goods in border areas.

In total, it is planned to implement 2 events.

Fourth. Social well-being of citizens is the main priority

Citizens will be given the opportunity to use part of their pension savings for alternative purposes (purchase of housing, medical treatment or for transferring to the management of financial companies). A set of measures will be taken to develop rental housing, to provide the socially vulnerable population with rental housing. The improvement of social and demographic policy will continue.

A total of 10 events are planned to be implemented.

In order to provide a full-fledged educational process, a single educational online platform will be developed. Qualified personnel will be involved in the education system, the status of a teacher will increase. Professional education will be reoriented towards the formation of competencies in demand in the labor market. Special attention will be paid to enhancing the country's scientific potential.

A total of 16 events are planned to be implemented.

Sixth. Development of the healthcare system

Special attention will be paid to the modernization of medical infrastructure and the provision of material and technical equipment. It is planned to actively develop primary health care and transport medicine to serve rural areas. Measures will be taken to develop the domestic production of medicines.

A total of 10 events are planned to be implemented.

Seventh. Ecology and protection of biodiversity

A total of 8 events are planned to be implemented.

A three-tier criminal model will be built and the stability of criminal and criminal procedural legislation will be ensured.

Further development of the local police service will continue.

The openness and accountability of the activities of state bodies and the quasi-public sector will increase.

A total of 30 events are planned to be implemented.

Ninth. Digitalization is a basic element of all reforms

Measures will be taken to eliminate the digital divide and ensure maximum access to the Internet. Processes related to the assignment and payment of pensions and benefits will be digitized. A unified database system will be created.

A total of 8 events are planned to be implemented.

In order to expand the active participation of citizens in solving public administration issues, a single legitimate institution of online petitions will be formed.

It is planned to conduct direct elections of rural akims. The transparency of the activities of maslikhats will increase. The status and powers of LSG bodies will be strengthened.

A total of 7 events are planned to be implemented.

“For the effective and high-quality implementation of the instructions of the Head of State, it is proposed to apply the project approach with the creation of 11 working subgroups chaired by the supervising deputy prime ministers. There are all the necessary resources and mechanisms to ensure the timely execution of the UNP measures in a timely manner,” Dalenov summed up.