Healthy nation. What areas does national project of the Ministry of Healthcare include 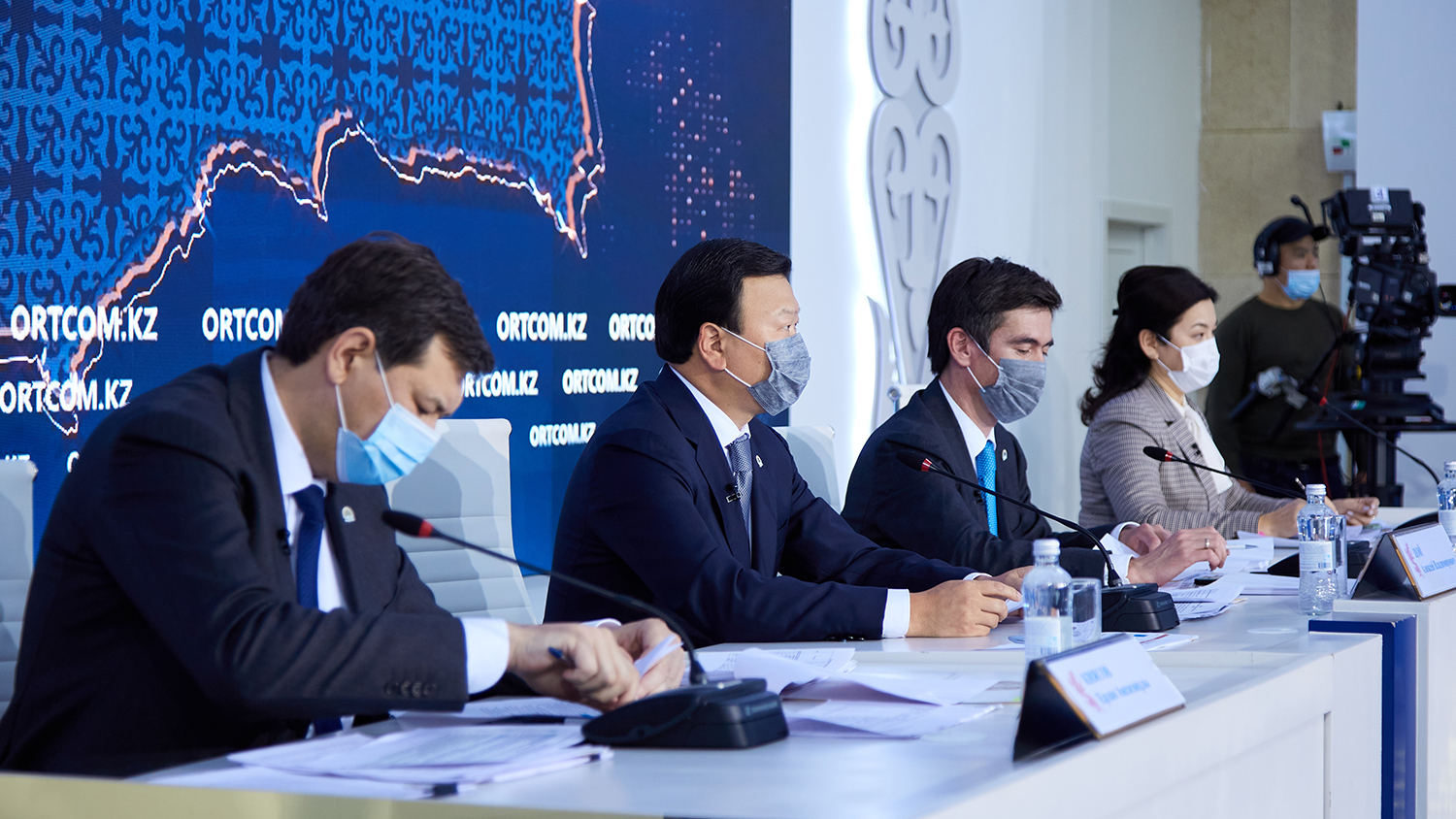 Minister of Healthcare Alexey Tsoy spoke at the briefing at the Central Communications Service under the President of the Republic of Kazakhstan, where he informed the public and the media about vaccination and revaccination of the population against coronavirus infection, he also announced the main directions of the national project "Healthy Nation".

Alexey Tsoy at the beginning of his speech noted that the Ministry of Healthcare is constantly working on the purchase of vaccines registered by the World Health Organization. Namely:

“Along with this, it is planned to supply Pfizer-BioNTech vaccines. An agreement has been signed with the company, and the delivery of the vaccine is expected,” said the minister.

“The instructions of the Head of State, voiced in the Address, to strengthen the sanitary and epidemiological service and the development of domestic medicinal production were reflected in the national project ‘High-quality and affordable healthcare for every citizen ‘Healthy nation,” said Tsoy. 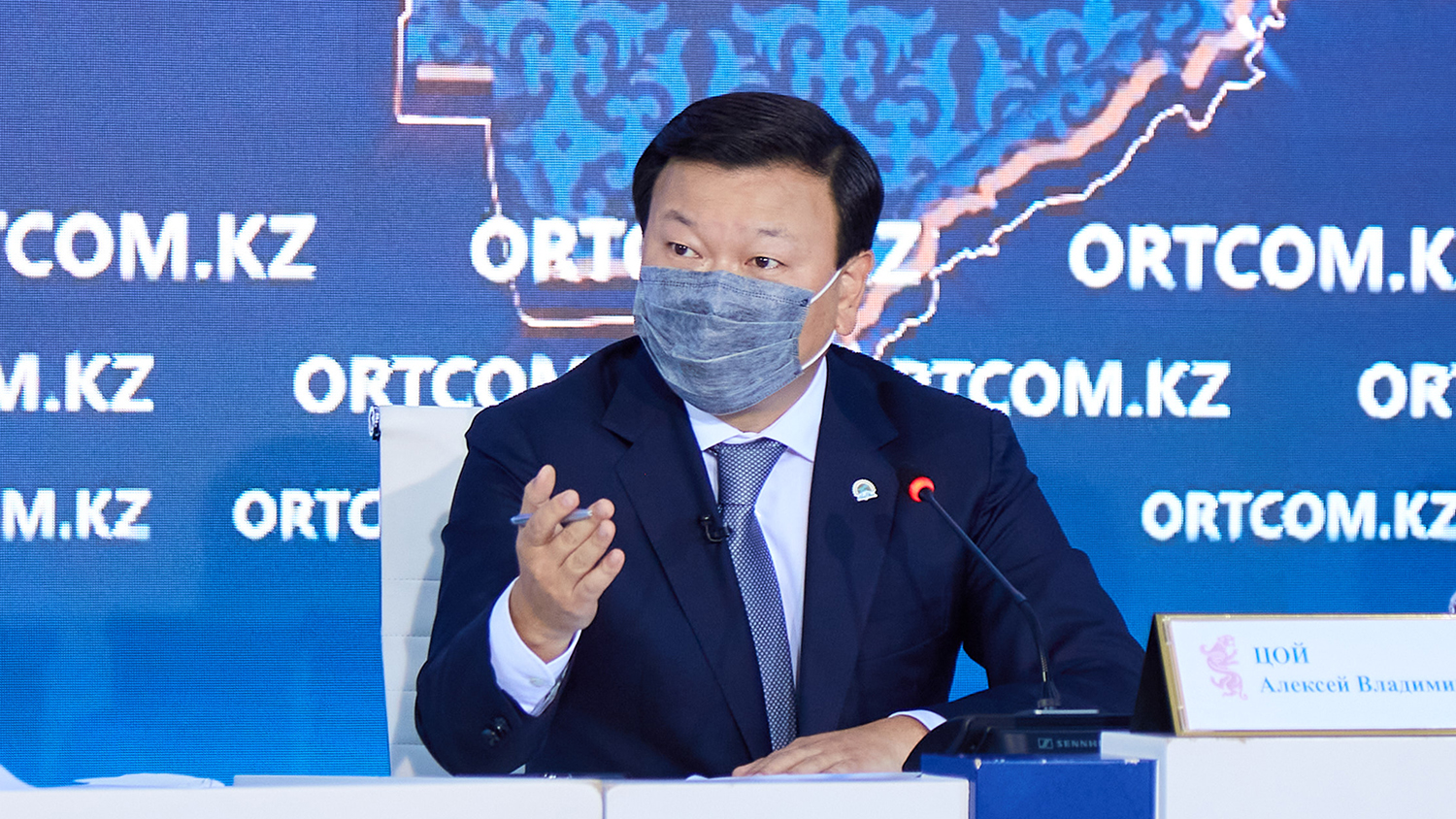 At the same time, the national project takes into account the country's strategic documents, such as:

The national project consists of 4 directions:

For each direction, tasks, indicators of results and implementation measures are indicated.

“When developing the national project, we took into account the opinion of a wide range of people, namely the medical community, entrepreneurs, civil society, the Council of Veterans of the Healthcare System and others,” added Aleksey Tsoy.

In order to preserve the health of pregnant women and children, it is planned:

second, to provide children under 1 year of age with proactive observation and screening;

As the Minister of Healthcare noted, high-quality service to the population largely depends on the qualifications and availability of the necessary specialists, therefore, within the framework of the first direction of the national project, the number of educational grants for residency in acutely deficient specialties will be increased to 3,800, as well as the number of doctors trained according to international standards of intensive care in the leading world centers. The pandemic showed the need to modernize the sanitary and epidemiological service, and within the framework of the implementation of the President's Address to the people of Kazakhstan dated Sep. 1, 2021, in the second direction of the national project, it is planned to increase the share of sanitary and epidemiological examination laboratories that meet international standards in the field of biosafety and conformity assessment from 61% to 90% ; the Law of the Republic of Kazakhstan "On biological safety" will be adopted and submitted to the Majilis of the Parliament of the Republic of Kazakhstan; and it is also planned to introduce scientifically based systems for forecasting and responding to national and global risks;

In the third direction, the instructions of the Head of State, voiced in the Address dated Sep. 1, 2021, were taken into account, which will allow:

The implementation of the fourth direction will allow:

As a result of the implementation of the national project, it is planned to obtain the following social effects:

“This will create about 13 thousand new jobs and bring the share of domestic pharmaceutical products to 50%,” added Alexey Tsoy.

Thus, the implementation of the national project will contribute to increasing the availability of medical care, preserving the health of pregnant women and strengthening the health of children, coverage of rehabilitation of children with disabilities, and strengthening human resources. Also, the national project is aimed at implementing measures to improve the epidemiological service, develop the domestic pharmaceutical industry and promote a healthy lifestyle. Meanwhile, the Minister of Healthcare told which countries have recognized the Kazakhstani passport for vaccination against coronavirus.

“Each country develops its own requirements and approaches to the mutual recognition of vaccination passports against coronavirus. We are working on this,” said Tsoy.

At the same time, he said that by this hour Kazakhstan already has mutual recognition of vaccination passports with a number of states. These include Georgia, Hungary, Kyrgyzstan, Mongolia, India, Moldova, Thailand, Turkey, Belarus, the Philippines, as well as Vietnam, Egypt and Oman.

“Now we are working in stages with each state. You see that every time more and more states recognize our vaccination passports. This work continues,” said the head of the Ministry of Healthcare.

The minister also specified that vaccines produced in Kazakhstan will remain free vaccines.

“We assume that since we in Kazakhstan can independently produce our own vaccine, which has proven clinical efficacy, independently of other countries, we will purchase this vaccine from ourselves within a free guaranteed volume,” Tsoy said.

“We are now campaigning for companies so that they can supply these vaccines to the Kazakhstan market and offer their services,” the Minister of Healthcare said.

Vice Minister of Healthcare, Chief State Sanitary Doctor of Kazakhstan Yerlan Kiyasov informed that after vaccination, 21,813 people fell ill. Of these, the largest number of cases after the vaccine: Sputnik V — 18 thousand, after QazCovid-In — 436 people, after Sinopharm — 2,173, after CoronaVac — 603.

According to Kiyasov, there is also data on the sick after the vaccine from Pfizer. After being vaccinated with this vaccine, 17 people fell ill with the coronavirus, who, according to the chief government doctor, received Pfizer abroad.

In turn, Vice Minister of Healthcare Azhar Giniyat said that people, after suffering COVID-19 for more than 12 weeks, complain of complications from the cardiovascular, nervous and endocrine systems.

“Doctors see that there are complications from the cardiovascular system — myocarditis, cardiac arrhythmias and pericarditis are developing. They see disturbances from the endocrine system, diabetes mellitus develops, and a dysfunction of the thyroid gland is recorded. There are disorders of the nervous system — these are the cognitive impairments that we are talking about: apathy, long-term weakness, sleep disturbance,” she added. “For such patients, the country has developed a clinical protocol for the treatment of postcovid syndrome or long-term course of coronavirus disease. These disorders are treated by a multidisciplinary team of physicians including pulmonologists, cardiologists and neurologists. Today doctors have such a protocol and treatment has already begun,” Giniyat said.