Solar power plant to be built in Turkistan — Kairbek Uskenbayev 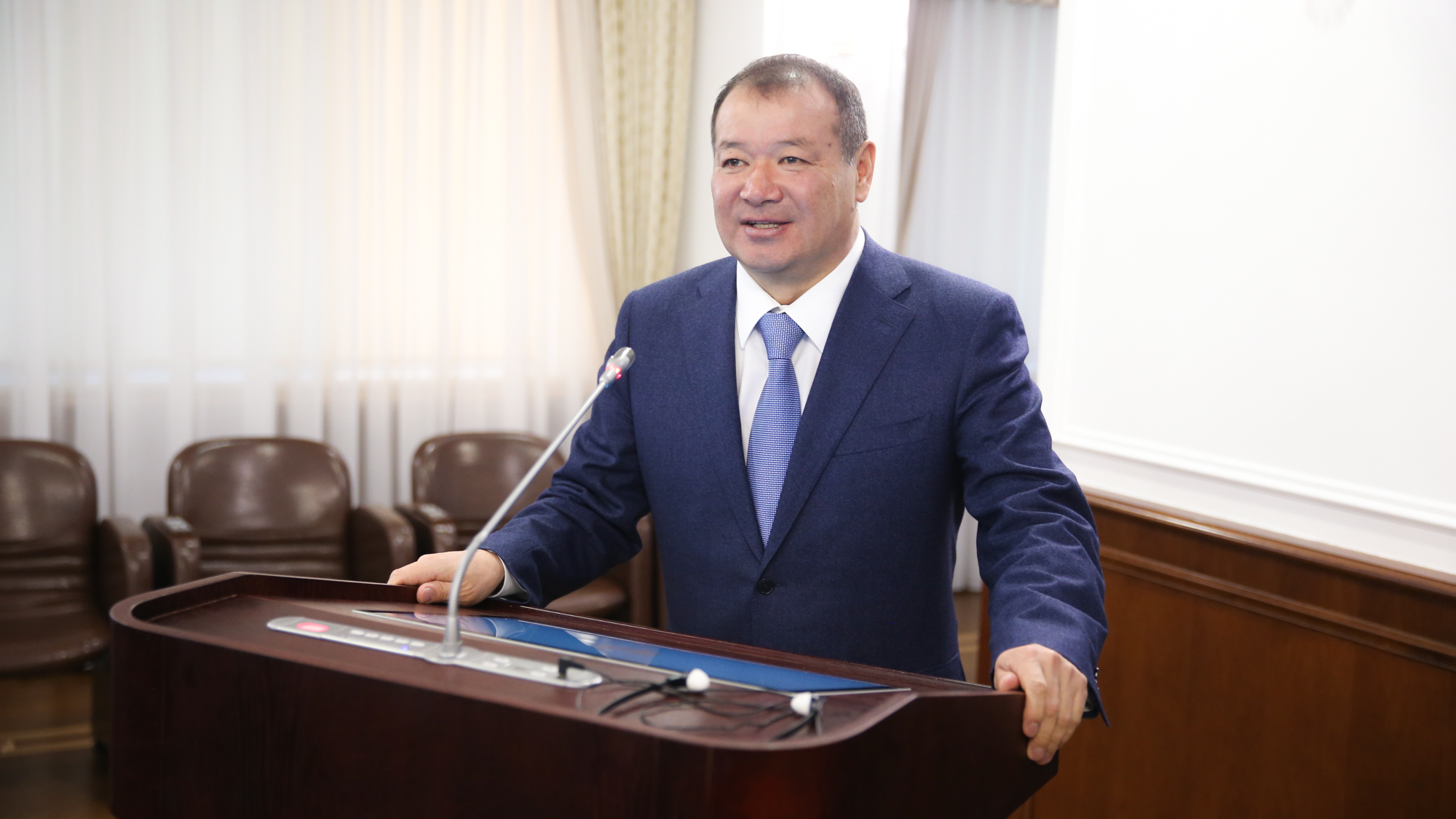 At the government session chaired by Prime Minister Askar Mamin, the draft General Plan of the city of Turkistan was considered. Akim of the Turkistan region Umirzak Shukeyev and First Vice Minister of Industry and Infrastructure Development of the Republic of Kazakhstan Kairbek Uskenbayev presented their reports on the main areas of the project.

In his report, Shukeyev noted that the initial urban area will expand from 19,627 hectares to 22,370 hectares with changes to the city boundaries.

In the draft General Plan, according to the akim, the following project stages were adopted:

In general, the city project is mainly divided into the following functional areas:

The general plan in the eastern direction of the city provides for a new administrative and business center. Its area is 1,450 hectares. On this territory, it is planned to locate objects of education, health care, culture and sports, service centers for the population, residential complexes, complexes of administrative buildings, business centers, offices of companies, banks, etc.

To date, according to the akim, in the business center of the administration, 14 planned objects giving a new architectural design to the image of the city.

The total area of ​​the cultural and spiritual center of Turkistan is 290 hectares. On this territory, construction is underway for such large projects as the Khazret Sultan Museum-Reserve (88 hectares), Caravan-Saray (22 hectares), the Park of the First President (38 hectares). Three five-star hotels will be built by private investors.

“To date, out of 10 projects of the General Plan of the Cultural and Spiritual Center, 6 have been fully completed, the rest of the objects will be completed by the end of this year,” said Shukeyev.

Particular attention is paid in the project to the issues of city greening. Today the territory of the city with greenery is 187 hectares (parks, squares, boulevards, the territory of residential quarters, public buildings). By the end of the project, this figure is planned to be increased to 1,539 hectares or 44 m² / person.

Taking into account the climatic conditions of the city, in accordance with the Concept, the formation of a green belt is envisaged, which will provide a continuous system of landscaping outside the city and the connection of the Syrdarya river with the natural flora.

The total area of ​​landscaping, taking into account the green belt, is planned to be increased to 12,973 hectares by the estimated date. In addition, in order to improve the level and quality of life of the townspeople, the necessary engineering infrastructure systems and social facilities meeting the requirements will be built.

According to the project, 15 schools and 3 outbuildings for a total of 17.2 thousand students will function in the city until 2025. An additional 44 preschool institutions are planned for 5.7 thousand places.

There are also 10 healthcare facilities, including 3 polyclinics for 900 visits per shift.

By 2035, it is planned to bring the number of schools to 28, and outbuildings to 10, designed for 40 thousand students, preschool institutions — 53 for 15 thousand places and 9 outpatient polyclinic facilities for 3,600 visits per shift.

First Vice Minister of Industry and Infrastructure Development Kairbek Uskenbayev, speaking at the session, also noted that the draft General Plan of Turkistan submitted to the Government for consideration provides for measures taking into account the importance of the city as a cultural and spiritual center of the Turkic world and ensures the planned development of the city with a system of transport and engineering communications and tourism infrastructure.

"The project defines all the main parameters of the city's life support until 2035, taking into account the growth in the population and the flow of tourists," Uskenbayev reported.

According to the first vice minister, as part of the development of transport infrastructure in order to redistribute the traffic flow and develop free territories, the street and road network will be rebuilt. It is planned to partially demolish the dilapidated one-story housing with the allocation of the historical center, the construction of bypass roads connecting with the international airport, railway and car stations.

To improve traffic flow, it is planned to expand existing and build new main streets with a length of 1,069 km. The number of road junctions and overpasses in the city will be increased to 24, the length of bus routes will increase from 533 km to 850 km.

Special attention in the General Plan is given to the issues of providing the city with water. Today, the city's water consumption is up to 35 thousand m3 per day.

The total groundwater reserves of the Karachik, Biresek-Kantaginsky and Mirgalimsaysky deposits are 177 thousand m³ per day.

“Taking into account the growth of the population up to 350 thousand people, within the framework of the Plan, reserves will be expanded at the expense of underground waters of the Ikansu-Kitayskoye field and water supply networks with a length of 163 km will be built. This will increase the possibility of daily drinking water consumption up to 197 thousand m³ per day,” Uskenbayev noted.

An equally important issue is water disposal. Today, the city has a sewage treatment plant with a capacity of 20 thousand m³ / day.

Within the framework of the General Plan, it is planned to additionally build three sewage treatment plants with a design capacity of 25 thousand m³ / day, as well as, taking into account further modernization, to increase its capacity to 125 thousand m³ / day.

Additionally, 139 km of sewerage networks will be built.

Heat supply in the city is provided by 2 centralized boiler houses and 100 small boiler houses with a total capacity of 486 Gcal / h.

The General Plan project provides for the construction of 2 new steam and gas installations and the modernization of existing boiler houses and heating furnaces with their transfer to natural gas. This will increase the heat supply up to 1,775 Gcal / h.

Today, the city is supplied with natural gas from the Beineu-Shymkent main gas pipeline through the gas distribution stations Turkistan and Eski Ikan. By 2050, it is planned to increase the capacity of these stations to 215 million m³ / year.

A number of events are also planned on the issues of supplying the city with electricity.

At present, the city's electricity consumption is 83 million kWh.

Additionally, the construction of a solar power plant is proposed as an alternative source of power supply.

In addition, solar panels will be used for street lighting and water heating.

"Based on the results of the implementation of the General Plan measures, a modern architectural appearance of the city will be created with the preservation of historical and cultural heritage sites and the development of the necessary engineering infrastructure," Uskenbayev noted.