Service for monitoring Internet quality by population launched in Kazakhstan 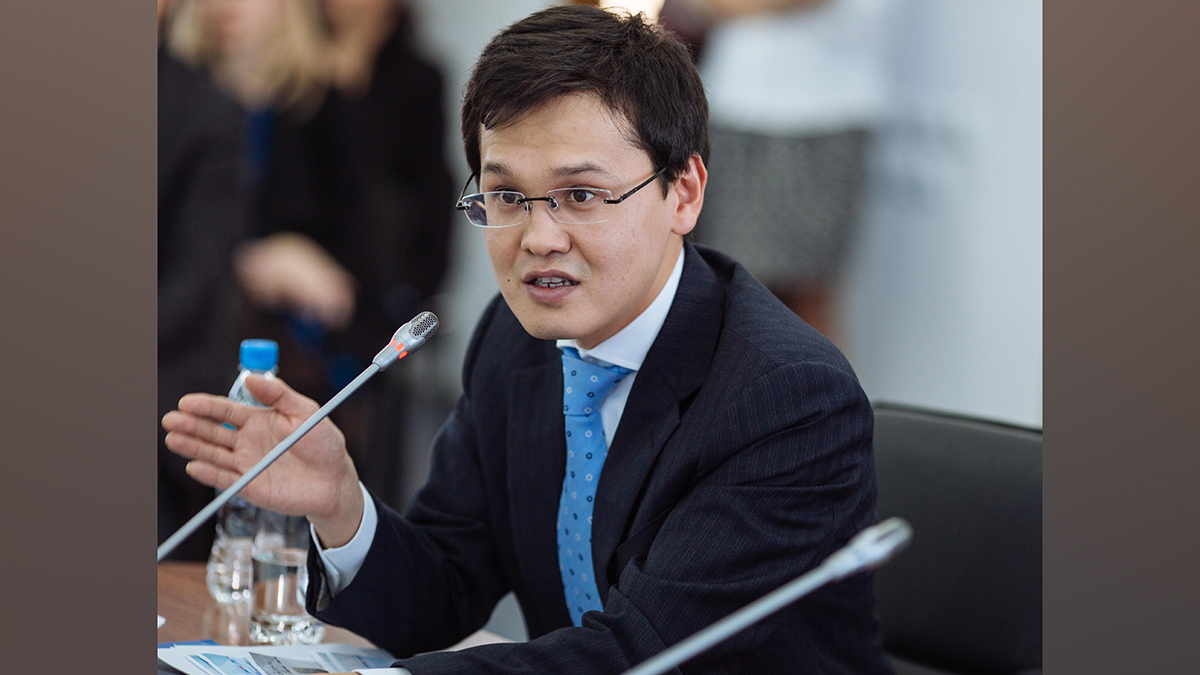 At a government session chaired by Prime Minister Askar Mamin, the Minister of Digital Development, Innovation and Aerospace Industry Bagdat Mussin, Chair of the Board of JSC Kazakhtelecom Kuanysh Yessekeyev, Chair of the Board of JSC Transtelecom Elnar Adaybekov, and Chief Executive Officer of Beeline Kazakhstan Evgeny Nastradin reported on the work being done to provide the population with broadband Internet access.

According to Mussin, at present all cities and more than 4,500 villages are provided with the Internet using various technologies. By the end of the year, a total of more than 5,200 settlements will be connected to the Internet.

For the development of the Internet in the country, two large-scale projects are being implemented.

The first project is the implementation of the optical Internet through the PPP mechanism. According to the project, the Internet will be installed in about 1,260 settlements with a population of 2.4 million people. If in 2018 optical lines were laid in 56 villages, then this year about 1,000 villages will be connected. This project attracted about 75 billion tenge of investments. As part of the project, communications have been brought to 3,700 government agencies and budgetary institutions.

The second project envisages providing 928 villages with a population of more than 250 people with mobile Internet using 3G and 4G technology, FWA. Currently, 72 of them are provided with mobile Internet. To implement this project, special tax payments levied on operators have been reduced. The relevant norms have passed the second consideration in the Majilis of the Parliament. Within the framework of the project, operators can sign a Sharing agreement and use each other's base stations.

Work is also underway to connect mobile base stations to optics. Not limited to these two projects, operators are bringing optics to rural homes. For example, private investors jointly with Transtelecom in 50 villages of the Zhambyl region conduct registered Internet access to more than 10 thousand houses.

Also Mussin noted that recently, radiophobia has developed among the population. For example, in the Family Village complex, at the request of 2-3 residents, the base station was removed, Internet access was suspended. After that, the telecom operator was forced to re-install the base station nearby.

However, today the Internet has become the same first need as gas, electricity, water. Therefore, we are making some legislative changes, these are:

In general, the role of the state body will be strengthened. The Bailanys.bar service has been launched to carry out people's control of the quality of the Internet. Currently, more than 50 thousand people have used it.

In addition, for the purposes of state control, 17 mobile measuring systems are being purchased. As a result, data of the people's and state control will be collected in a single system.

From the beginning of the academic year, a special tariff "Bilim" was opened, intended for online education. Unlimited access to 600 domestic educational resources is provided. At present, the volume of free traffic through this tariff is 118 thousand GB.

At present, the ministry subsidizes telephony and postal services in villages. In the future, funds will be gradually allocated to subsidize Internet services. As a result, it will allow villagers to get access to modern services.

As part of the development of the transit potential, Transtelecom and Azertelecom are building 400 km of fiber-optic communication lines at a speed of 4-6 terabits per second along the bottom of the Caspian Sea. This project is scheduled for the end of 2021.

To introduce the 5G cellular communication standard in the cities of Nur-Sultan, Almaty and Shymkent, 11 tests were carried out. Work is underway to release the required frequency ranges. In the future, a transfer mechanism to operators is envisaged. So, the 5G network in the cities of Nur-Sultan, Almaty, Shymkent will be launched in 2022. The launch in the regional centers is planned for 2025.

Chair of the Board of JSC Kazakhtelecom Kuanysh Yessekeyev spoke about the implementation of the project for the construction of fiber-optic communication lines in rural areas.

In 2018, Kazakhtelecom launched a project to provide rural settlements with broadband Internet. In general, the total length of fiber-optic communication lines following the results of the project implementation at the end of this year will amount to 14,514 km, and in 828 villages 2,496 state institutions and budgetary organizations will be connected to the broadband Internet, and at the moment the project has been practically implemented by 90%.

The biggest work on the construction of fiber-optic communication lines is going on in the West Kazakhstan and Almaty regions. The construction is planned to be fully completed by the end of this year.

Since the beginning of the project, 12,388 km of fiber-optic communication lines have already been built, as a result, 2,103 government agencies have been provided with broadband access to high-speed Internet in 697 villages of the country.

At present, according to the 250+ project, mobile operators belonging to the Kazakhtelecom group — Mobile Telecom-Service and Kcell — have launched 60 base stations, and 194 more towers are being built in various regions of the country. An agreement was signed between three telecom operators, in total it is planned to provide mobile broadband access to 928 villages with a total population of over 600 thousand people. Kcell is building 183 base stations, and 125 of them are new. 54 base stations were launched, of which 3 are new, 51 are upgrades of existing 2G sites. Tele2 launched 6 base stations on air, 233 base stations are undergoing exploration work, projects have been prepared for 125 base stations, construction has begun on 11 objects.

All the necessary work has been done in order to implement the Fixed Wireless Access technology. By the end of the year, according to calculations, 196 out of 296 planned RSs will be covered.

Chair of the Board of Transtelecom JSC Elnar Adaybekov reported on the development of broadband Internet access. According to him, in 2018 Transtelecom JSC signed a PPP agreement, according to which it was necessary to connect 429 rural settlements, build 6 thousand km of fiber-optic lines and provide 1,222 social facilities with Internet access. In accordance with the contract, by July 1, all obligations were fulfilled, each object was connected.

“Having built this network, we started to connect these rural settlements and residents of these regions to the Internet using our own investments,” Adaybekov said.

To date, in Zhambyl, Mangystau, Turkistan, East Kazakhstan regions, work has begun on connecting more than 1,000 subscribers to the Internet. Potentially up to 40 thousand subscribers can be connected to radio relay technology.

In addition, work is underway on the project "Construction, ownership and use of fiber-optic communication lines along the bottom of the Caspian Sea along the route Kazakhstan - Azerbaijan". A 380-400 km cable laid on the seabed will allow receiving up to 1 Tbps of traffic through the Republic of Kazakhstan for 1 year of the project. The start of the technical implementation of the project is scheduled for the spring of 2021. In 2021-2022 it is planned to complete this project.

Chief Executive Officer of Beeline Kazakhstan Evgeniy Nastradin reported on the status of implementation of the Memorandum of Partnership between Ministry of Information, Communications and Aerospace Industry and telecom operators for the provision of communication services to rural settlements “250+”.

“Contractual work is almost in the final stage. The parties received all corporate approvals. The finalization of the wording is in progress. We plan to sign it in the coming days — during October for sure,” Nastradin said.

At the same time, he drew attention to the technical and organizational uniqueness of this agreement. This is the first time such an agreement has been signed in Kazakhstan. The agreement unites almost all mobile operators. Construction is being carried out in rather remote regions, which are far from infrastructure centers.

Beeline zone includes 299 settlements. In fact, today 32 are already on the air — coverage and construction has been completed. In 4 rural settlements out of 119, in which the FWA CPE technology is to be connected, the technology is already being tested.

“In addition, this year 550 rural settlements with a population of 1 million 220 thousand inhabitants were covered by Beeline's LTE technology. In general, Beeline has launched 3.5 thousand base stations. 145 rural settlements, in which there was only a voice earlier, this year also received mobile Internet,” Nastradin informed.

Nastradin also shared the results of a 5G pilot conducted in Shymkent from September to December 2019.

“One element of the network was built. All 4 technologies, 4 use cases have been tested. As a result of testing, we have reached the technological parameters of the 5G network in terms of speed and delay. In general, we wanted to say that Beeline is ready to take part in the development of this standard and it is necessary to regulate this standard and allocate frequencies,” he said in conclusion.