New approaches to military-patriotic education, physical and intellectual training of youth to be introduced in Kazakhstan — Askar Umarov 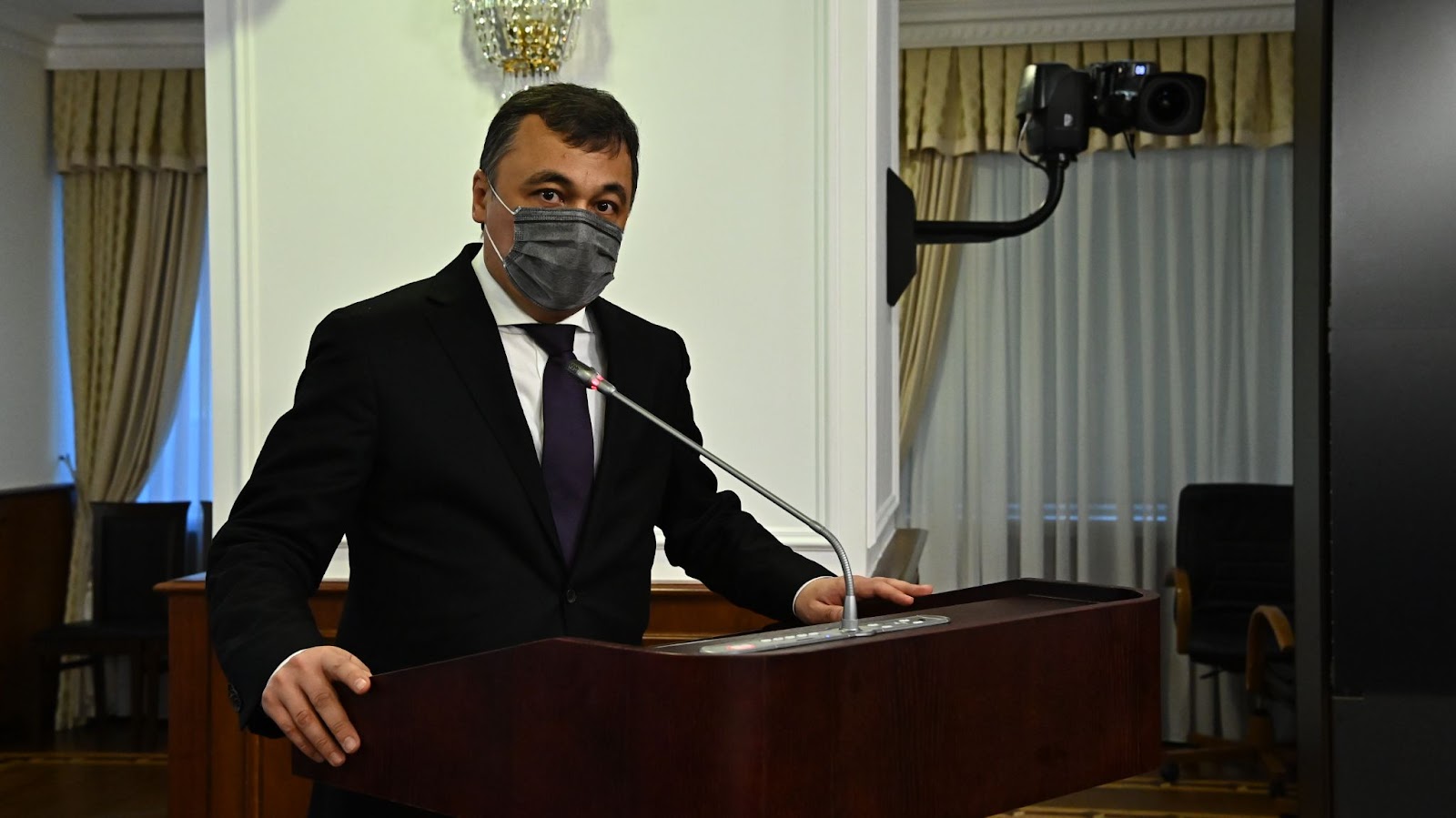 Measures to implement the instructions of the President Kassym-Jomart Tokayev given on Jan. 11, 2022, during his speech in the Majilis of the Parliament were considered at the government session chaired by the Prime Minister Alikhan Smailov. Minister of Information and Social Development of the Republic of Kazakhstan Askar Umarov reported on issues in the field of religion, development of civil society and implementation of youth policy.

According to the minister, work is underway to prevent religious extremism in order to prevent the radicalization of citizens and the use of religion for destructive purposes.

The ministry, together with local executive bodies, organized information and explanatory work both of a general preventive nature and among target groups of the population at risk of being drawn into radical ideology.

“Active work is being carried out in the information field, with an emphasis on social networks, on the prevention and counter-propaganda of radical religious ideology,” Umarov reported.

According to him, in order to return followers of destructive and radical religious views to the mainstream of traditional Islam, the Ministry, together with special, law enforcement and local executive bodies, is carrying out rehabilitation work.

The ministry, as part of the implementation of the instructions of the Head of State, proposes:

1) to strengthen targeted information and explanatory work with the most vulnerable categories of citizens, such as young people, the unemployed, marginalized and self-employed citizens, candastars, believers (jamagats of mosques), adherents of destructive religious movements;

2) in order to prevent the radicalization of the population via the Internet, strengthen monitoring of the Internet space to identify radical religious content, prevention, as well as counter-propaganda of religious extremism in social networks, especially among young people, and pay attention to targeted work with Kazakhstani subscribers of radical groups and communities in social networks;

3) to continue further rehabilitation work with followers of destructive religious movements, including women returned from terrorist activity zones as part of the Zhusan special operation.

In the field of civil society, according to the minister, a broad discussion of new political initiatives of the President of the Republic of Kazakhstan will be organized with the participation of civil society and experts.

Along with this, it is planned to hold a series of expert discussions, strategic sessions and discussions in the regions of the country with the participation of the civil sector.

“In general, an analysis will be carried out of the coordination of the work of the local executive bodies for the preparedness of local authorities for emergency situations, in order to strengthen communication channels for interaction between the central authorities and the local population,” Umarov noted.

Along with this, in his opinion, the Republic of Kazakhstan, as a party to international treaties and organizations (UN, OSCE, etc.), as well as a country willing to take part in international initiatives like the OECD, OGP, has certain obligations in the field of human rights.

“Mechanisms of legal regulation should take into account the specifics of the activities of non-governmental organizations, as well as the provision of state support for public associations,” Umarov said.

In his opinion, legal instruments are needed to give an additional impetus to the development of civil society institutions and the possibility of implementing civil initiatives.

To this end, the ministry plans to expand the mechanism for exercising the right of citizens to freedom of association by amending the current legislation “On Public Associations” in 2023.

Within the framework of this bill, legislative consolidation of the concept of “youth of the NEET category” is envisaged.

It is also supposed to empower the authorized body for labor with the competence to promote the employment of youth in the NEET category.

“The ministry will continue to implement the National Project ‘Ulttyq Rouhani Zhangyru’, as well as the Comprehensive Plan to Support the Youth of the Republic of Kazakhstan for 2021-2025, within the framework of which activities are being implemented aimed at the socialization of this category of youth,” Umarov said.

As part of the implementation of the instructions of the Head of State, the ministry proposes:

1. In order to increase socialization, awareness of NEET youth about state support measures, it is proposed to develop a Roadmap for working with NEET youth.

2. To include additional measures to support youth, amend the Comprehensive Youth Support Plan for 2021-2025.

3. Introduce new approaches to the military-patriotic education of youth, physical and intellectual training of youth, as well as training in professions during compulsory military service in the Armed Forces of the Republic of Kazakhstan.