Prime Minister of the Republic of Kazakhstan 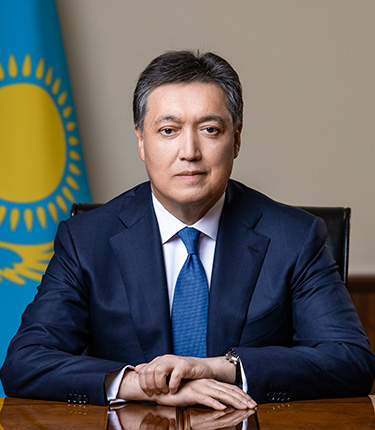 Askar Mamin was born in Tselinograd (modern day Astana) in 1965.

He graduated from the Tselinograd Institute of Civil Engineering and Plekhanov Russian Academy of Economics majoring in civil engineering and economy. He began his career as an adjuster at Tselintyazhstroy group of enterprises.

In 2008-2016, he was the president of the Kazakhstan Temir Zholy National Company.

From Sep. 9, 2016, he had been the First Deputy Prime Minister of the Republic of Kazakhstan.