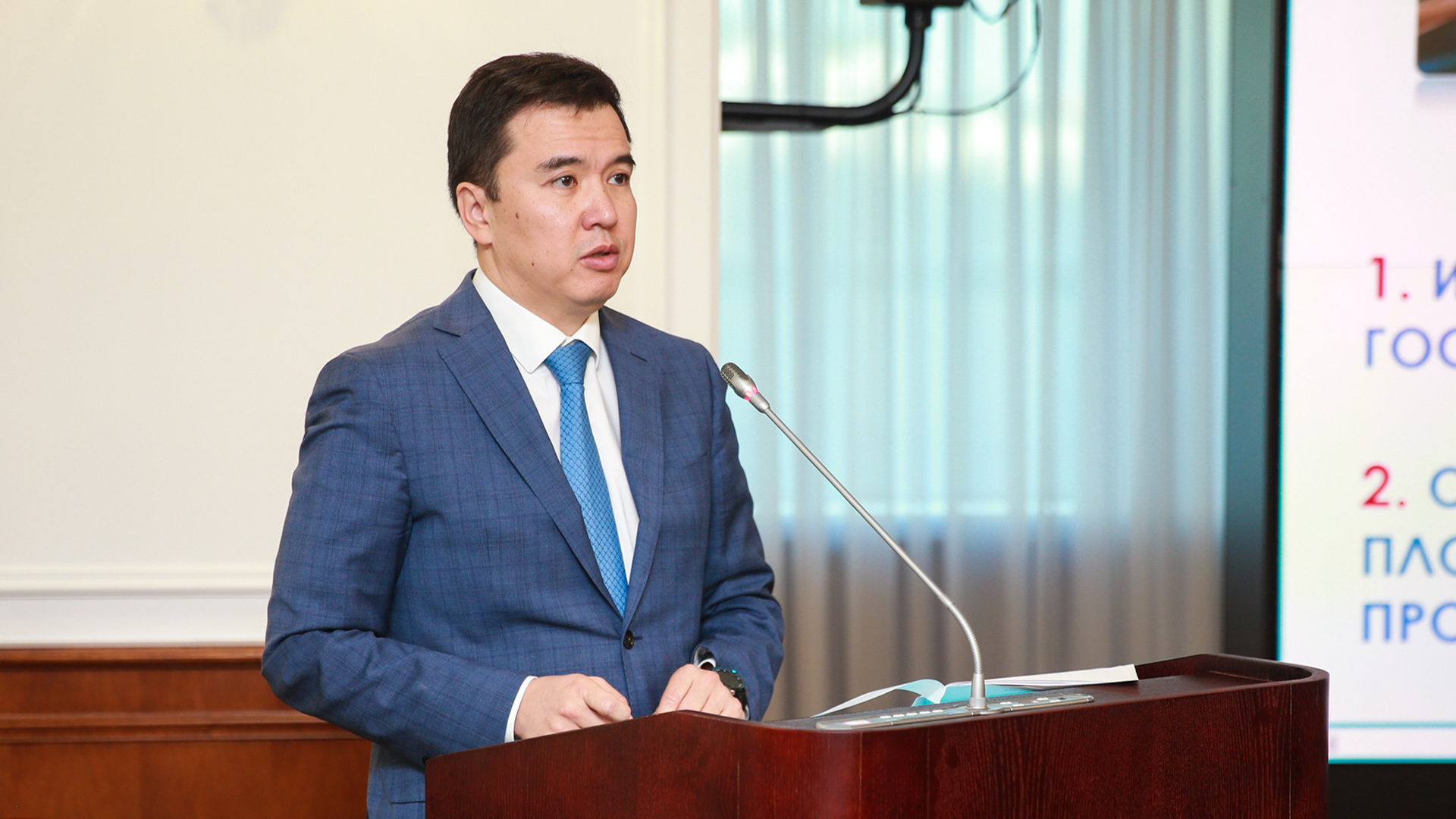 Minister of National Economy Ruslan Dalenov reported on ongoing work on the development of public-private partnerships in Kazakhstan.

“As of Oct. 1, the total number of PPP projects is 1,253 worth 3.5 trillion tenge. Including 615 contracts worth 1.6 trillion tenge that have already been concluded. At the stage of preparation, there are 638 projects for 1.9 trillion tenge,” said Dalenov.

As the minister noted, in the context of industries, the largest number of projects are in the fields of education, health, culture and sports, energy and housing and communal services.

The most capital-intensive projects are in the field of transport and infrastructure, energy and housing and communal services, education, culture and sports.

In May 2019, in order to move from quantity to quality of PPP projects, their categorization was introduced. PPP projects on budgetary reimbursements are divided into 3 categories:

Category I — full reimbursement of investments and operating expenses of a private partner from the budget.

Category II — partial reimbursement of investments from the budget.

Category III — no reimbursement from the budget. The bulk of the compensation comes from the market.

Meanwhile, the head of the Ministry of National Economy drew attention to the measures taken by the Ministry to coordinate and control the quality of local projects, they include:

According to the ministry, the following new measures are proposed in order to create favorable conditions for attracting private investment in PPP projects:

To implement these innovations, the economic department has developed a concept for a draft law, and draft legislative amendments are being prepared.

To date, a single window has been created on the basis of the PPP Center for PPP projects. The task of the one-stop shop office is to interact with investors, provide information and consulting support for PPP projects, as well as clarify the norms of legislation in the field of PPP and concession.

Also, a separate tab “One Window” is available on the website of the PPP Center for investors with a database of projects and links to legislation on PPPs and concessions. Investors can independently receive information about any project of interest to them, both planned and ongoing.

“In order to further improve PPP, it is proposed to transfer all procedures to electronic format. In order to digitalize the process, planning, tender procedures, conclusion, registration and execution of PPP agreements are planned to be converted into electronic format. These works are planned to be integrated with the government procurement portal,” the minister of national economy summarized. 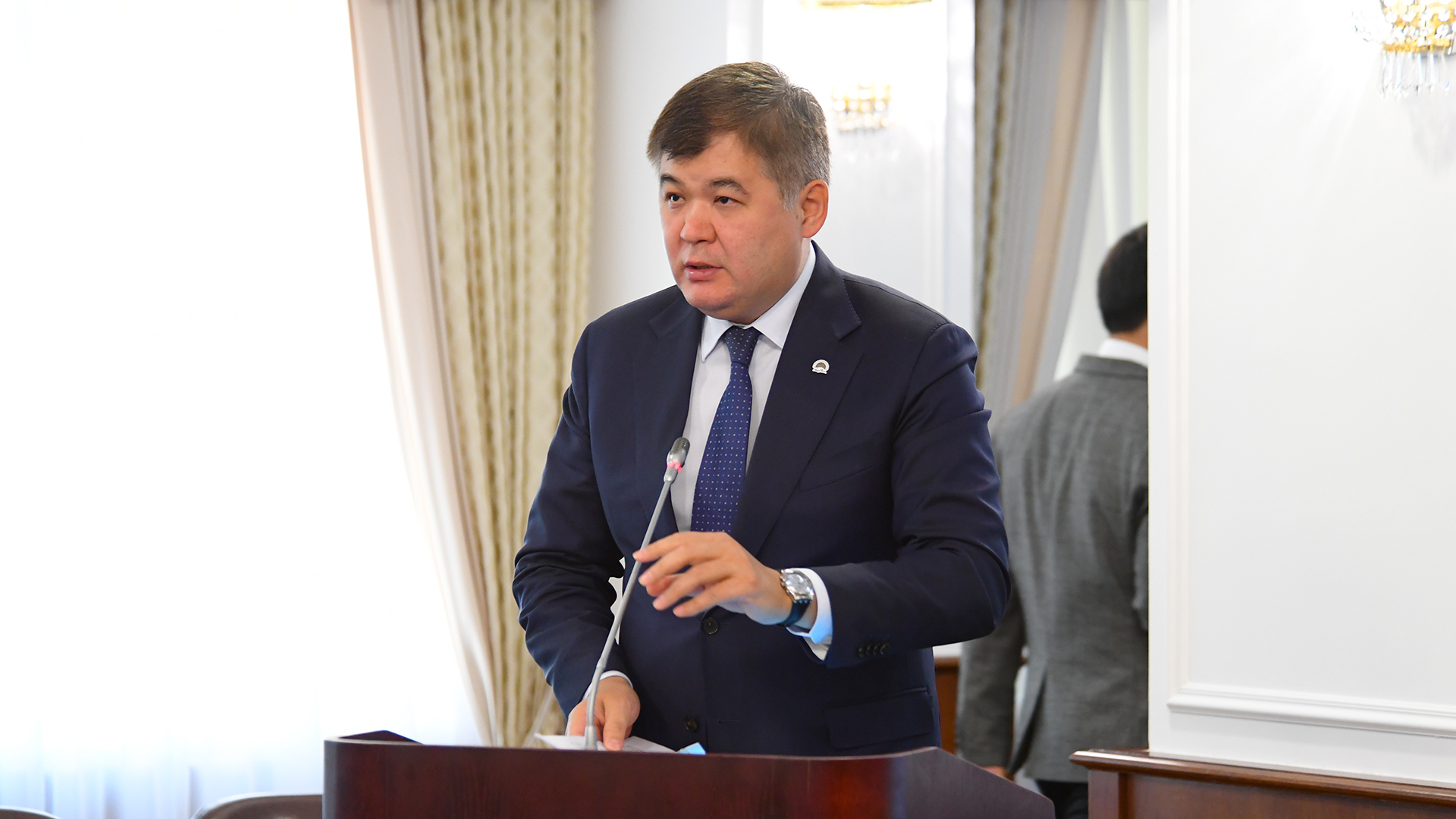 The akimats of the cities of Shymkent and Nur-Sultan and Aktobe region are in the leading positions in the amount of attracted investments under the concluded PPP agreements.

In the field of health care, the regions implemented PPP projects to create an ophthalmological center in Nur Sultan, a multidisciplinary hospital, in Aktobe, to open hemodialysis centers, a hemocorrection center, and clinics and diagnostic services.

Three rehabilitation centers were opened, including one for children, and three polyclinics were built in Shymkent, Karaganda and Nur-Sultan.

The Ministry of Healthcare, based on the needs of the industry until 2025, has planned the construction of 16 large hospitals at the republican level in the amount of 838.5 billion tenge with the provision of 19 thousand jobs.

To date, the implementation of seven PPP projects with a total investment in Turkistan and Nur-Sultan, DARU rehabilitation center, Nur-Sultan and three university clinics in the cities. Almaty and Karaganda. There are potential investors and preparatory work is underway for a private financial initiative.

In addition, the Ministry of Healthcare simultaneously launched the development of 9 projects of the second pool with a cost of about 400 billion tenge of investments.

Minister of Education and Science Askhat Aimagambetov, in turn, said that 558 projects are being implemented in the field of education. 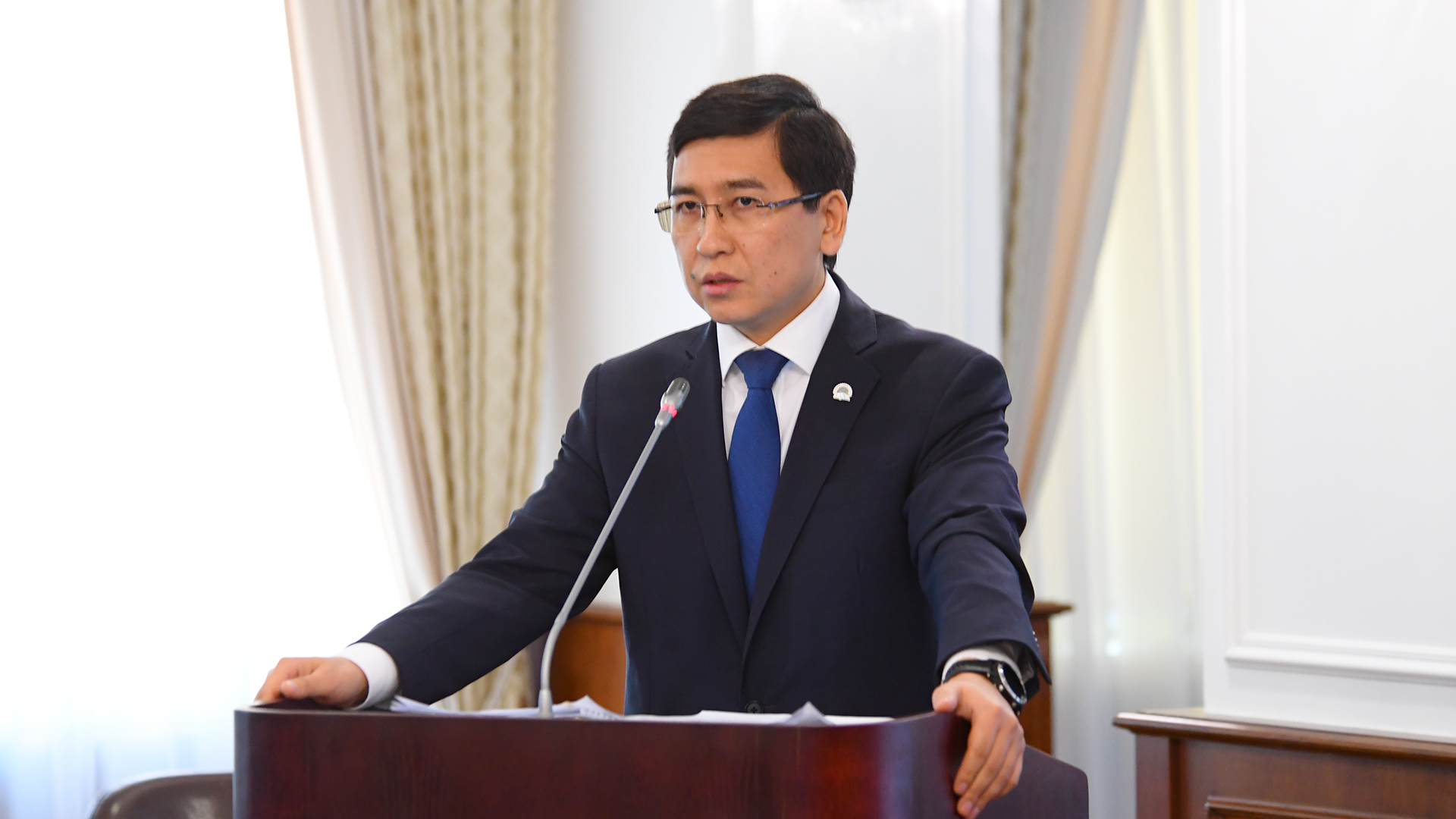 “Of these, 332 projects are implemented according to the standard PPP mechanism and 226 projects on the basis of the PPP principle, these are projects on opening private schools and introducing hostels. The total amount of attracted investments is 243 billion tenge,” the minister of education and science informed.

The portfolio of these PPP projects is diverse. The main share of projects is presented in the preschool sphere. 70 projects have been concluded for the provision of canteen schools to the management, 26 projects include the transfer to the trust management of colleges and 14 projects for the construction of a gym, supply and maintenance of computer equipment.

Among the regions, the leaders are the East Kazakhstan, Akmola, North Kazakhstan, Kostanay regions and the city of Almaty.

The PPP mechanism has been successfully applied in the construction of student dormitories.

“From the start of the initiative, 5,149 beds were put into operation, and by the end of the year another 4,050 beds in hostels are planned to be commissioned. There are 70 projects in work at 28 thousand places,” Aimagambetov said.

The Minister of Industry and Infrastructure Development Beibut Atamkulov said that currently in the sectors supervised by the MIIIR of the Republic of Kazakhstan, as a part of the mechanism of public-private partnership, 36 projects are at the implementation and development stage, including 9 republican and 27 regional projects. Total projects is 2,011.8 billion tenge. 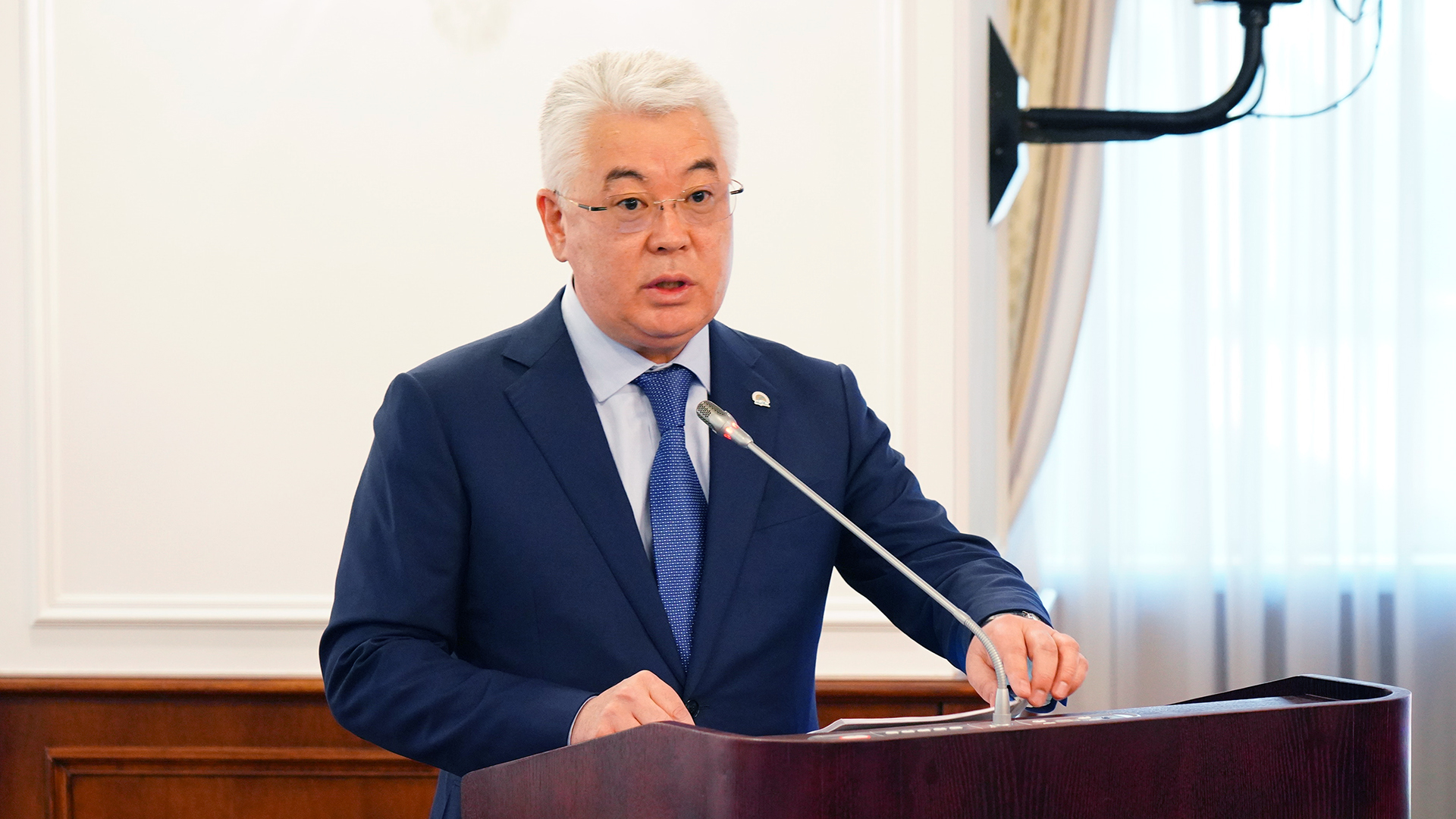 The concessionaire is carrying out construction and installation works at his own expense. Oct. 14, the EBRD Board of Directors approved the financing of the project, until the end of this year the Concessionaire will ensure financial closure. In 2021, passage will be opened.

The facility was commissioned June 22, 2018. Contractual obligations on the part of the private partner are fully implemented. To date, the time of inspection of vehicles has been reduced by almost 4 times. Daily freight traffic is 200 cars.

The project provides for the construction of Shymkent and Saryagash Bypasses (150 km) and the operation of roads with a total length of 265 km. The project has a high degree of development. Based on the results of achieving financial closure for the BAKAD project, the issue of the project implementation mechanism will be considered.

On the project “Open System of Toll Collection”

Implementation of the project will allow to introduce a system of charging tolls for 11 thousand km of national roads in 2020-2023.

July 1, 2019, JSC KazAvtoZhol announced an investment competition, Oct. 28, 2019, the opening of tenders. The conclusion of the contract is planned in December 2019.

On the project “Construction of Railway Line Bypassing the Almaty Station with a Length of 73.2 km”

Currently, the results of the first stage of the competition have been summed up. Qualification selection passed 2 Kazakh-Chinese consortium.

In addition, tender documentation was developed for the second stage of the competition to determine a private partner.

At the same time, an examination of the tender documentation at the MNE is currently underway.

The signing of the contract is scheduled for December this year. The construction work is supposed to be in 2020-2022.

On the project "Construction of the Airport of Turkistan"

In March 2019, the information system was launched in test mode at all airports of the Republic of Kazakhstan with the participation of Kazakh airlines. Currently, SCAT, Air Astana, Turkish Airlines, Bek Air, Lufthansa, S7, Asia Freight airlines are connected to the system. At the same time, integration with information systems of the Ministry of Finance and Agriculture is planned. Until the end of this year an act of putting into commercial operation will be signed.

In the regions in the housing and communal services sector, 26 projects in the field of energy conservation and heat supply are under implementation and development.

Twenty-three projects in the field of energy conservation are being implemented in Pavlodar, Atyrau, Almaty, Kyzylorda, Kostanay, Turkistan and North Kazakhstan regions and in Almaty.

Three projects in the field of heat supply are implemented in Almaty, Akmola and East Kazakhstan regions.

First Deputy Prime Minister – Minister of Finance Alikhan Smailov noted that work in this direction will be intensified in order to ensure the achievement of target indicators to achieve 30% of GDP. The list of projects is defined, the progress of their implementation will be monitored.