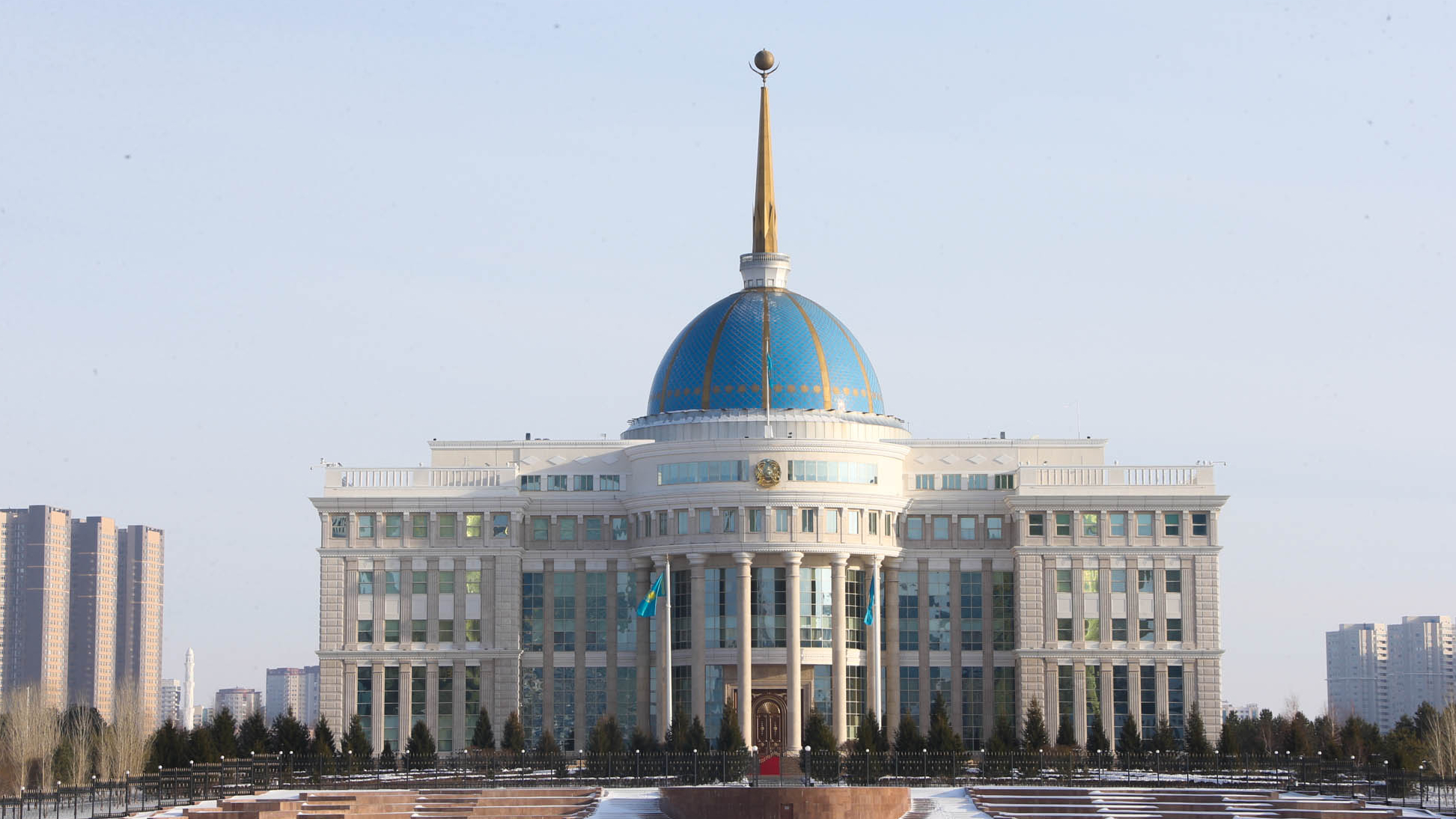 The Head of State in the Address to the People of Kazakhstan “Growing Welfare of Kazakh Citizens: Increase in Incomes and Quality of Life,” “New Opportunities under the Fourth Industrial Revolution” announced specific orders for improving the social and economic welfare of the population, which entered into force today, Jan. 1, 2019.

First of all, on behalf of the President of Kazakhstan, the minimum wage rises 1.5 times, the determination of its size will not be tied to the subsistence minimum. From 2019 the minimum wage will be 42,500 tenge. The increase directly affected 1 million 300 thousand people who work in all sectors of enterprises of various forms of ownership and covered 275 thousand employees of state-financed organizations, the salary increased by an average of 35%.

According to the Ministry of National Economy, as a result of the increase in the minimum wage, the disposable income of more than 6 million employees will increase to 15 thousand tenge per year only due to an increase in the amount of income exempt from tax.

Considering that the minimum wage of the employee retains the role of the minimum wage for more than 1 million Kazakhstanis (with a low wage level), wage growth will reach up to 50% from the 2018 level.

All amendments adopted within the framework of the Law “On Amendments and Additions to Certain Legislative Acts of the Republic of Kazakhstan on Employment” are aimed primarily at improving the income and quality of life of every Kazakhstani person.

In addition, according to the Ministry of Healthcare, to stimulate primary health care workers on behalf of the Head of State, wages are gradually increasing from today to 20% of local health workers who are introducing new approaches to managing diseases. So, from 2019, piecework payment is introduced for general practitioners and specialists with a gradual increase in tariffs for their services within the guaranteed volume of free medical care.

In the Address “New Opportunities under the Fourth Industrial Revolution,” the Head of State is charged with enhancing the relationship between work experience and the size of payments in the mandatory social insurance system.

In implementation of this order, the Ministry of Labor and Social Protection of the Population developed a draft Law “On Compulsory Social Insurance” in a new edition. The changes are aimed primarily at giving better social protection to citizens in the occurrence of three types of social risks — in cases of disability, loss of the breadwinner and loss of work, through increasing the social benefits depending on the length of service participation in the compulsory social insurance system and changes in other parameters

Thus, from Jan. 1, 2019, the size of social payments for cases of disability and loss of the breadwinner from the State Social Insurance Fund for all successful recipients increased by 5% in accordance with the level of indexation of similar payments from the republican budget. This concerns about 88.3 thousand recipients of social benefits in case of disability and 50.1 thousand recipients of social benefits who have lost their breadwinner.

According to the Ministry of Labor and Social Protection of the Population, today the solidarity pension has increased by 7%, the base pension — by 5%. Thus, the minimum joint pension from Jan. 1, 2019, is 36,108 tenge, the minimum base pension is 16,037 tenge.

Therefpre, for men and women who retired before the introduction of mandatory pension contributions, the minimum pension from Jan. 1, 2019, is 52,145 tenge.

By adding together the minimum solidary, basic and cumulative components, we get the minimum aggregate amount of pension payments equal to 68,182 tenge. From Jan. 1, 2019, citizens who are eligible to receive payments from the fund at the expense of mandatory pension contributions began to receive such a minimum pension.

The Ministry of Labor and Social Support of the Population has also adopted amendments on the issue of payment of compulsory pension contributions for “freelancers” — individuals performing work or providing services under civil law contracts.

Thus, the amendments are aimed at simplifying the procedure for the payment of compulsory pension contributions for "freelancers." It should be noted that these amendments take into account the opinion of the majority of representatives of this category of working citizens, the deputies and legal entities hiring freelancers.

In the implementation of the adopted legislative amendments in the first quarter of 2019, changes will be made to the relevant laws. So, after approving the changes to the specified laws, freelancers will be exempted from obligations on payment of pension contributions from incomes under contracts of civil-law character.

Individuals working under the agreements concluded with legal entities, individual entrepreneurs and private practitioners, who today act as tax agents who calculate and pay individual income tax for freelancers, will also pay an obligatory pension contribution for them . At the same time, individuals who work under the contracts concluded retain the right to participate in the accumulative pension system by paying for themselves.

The next amendment concerning the participation of citizens in the accumulative pension system is the simplification of the procedure for opening an individual pension account in the Unified Accumulative Pension Fund for new contributors of mandatory pension contributions.

This mechanism for the “non-indicative” opening of an individual pension account at the expense of an obligatory payment will work from the introduction of changes to the Pension Rules of the Unified Accumulative Pension Fund, the adoption of which is expected in the first quarter of 2019. At the same time, all the necessary information about the details of the current document proving the identity of the contributor, about the place of permanent residence, etc., will be received by the fund from the information systems of state bodies.

In accordance with the Address of the President, starting from 2019, an additional 30 billion tenge will be allocated annually to subsidize priority projects of entrepreneurs. Domestic enterprises will be asked to master a wide range of consumer goods, that is, to develop the so-called "economy of simple things." This is important not only for realizing the export potential, but also for saturating the domestic market with domestic goods.

The participants in the first direction of the Program are entrepreneurs who implement and plan to implement their own and effective projects in rural areas, small towns and single-industry towns without industry restrictions. The participants of the second direction of the Program are effective entrepreneurs of industrial and innovation activity, implementing and planning to implement their own projects in priority sectors of the economy within the framework of the Business Road Map 2020, as well as in priority manufacturing industries and certain types of services identified by the State Program of Industrial-Innovative Development.

An impetus to the development of entrepreneurship will also be given by a “tax amnesty,” under which penalties and fines from personal accounts of taxpayers as of Oct. 1, 2018 will be written off, subject to payment of arrears, existing as of October 1, 2018.

Activities include an amnesty for small and medium-sized businesses in order to improve the business climate. Amnesty will be an effective mechanism to support entrepreneurs and will be an incentive for the payment of the principal debt and complete relief from the tax burden.

According to preliminary data, the number of taxpayers subject to amnesty is 90,077. In case of payment of the principal debt for 210.7 billion tenge, the above taxpayers will be charged penalties for 122.9 billion tenge and fines for 7.3 billion tenge .

In addition, from Jan. 1, 2019, the thresholds for criminal liability for tax violations were increased to 50 thousand MCI with an increase in fines.

In his Address to the people of Kazakhstan Oct. 5, 2018, the Head of State announced the need to strengthen the fight against the shadow economy with a decrease of at least 40% over three years.

In this regard, the Government approved a plan of measures to counter the shadow economy for 2019-2021.

In general, the emphasis on business withdrawal from the “shadow” is based on the digitalization of tax and customs administration and their integration, including the implementation of initiatives under the project “Increasing tax collection.”

According to the Ministry of Finance, the Action Plan is aimed at stimulating business and enhancing work on the withdrawal of small and medium-sized businesses from the “shadow,” increasing the share of non-cash turnovers, improving tax and customs policy, and legislation on public procurement.

The measures taken will reduce the turnover in the shadow economy, increase tax revenues to the budget and will contribute to the country’s socio-economic development.